This is week is as jam-packed as last week with great reads. Batman and Saga are your usual big hitters this week, but plenty of others are available for your reading enjoyment. 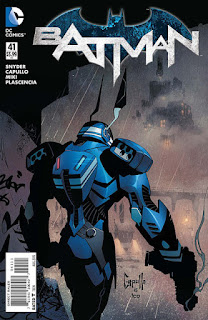 Written by Scott Snyder. Art by Greg Capullo and Danny Miki. Cover by Greg Capullo. The all-new Batman makes his debut! Who is he, and what happens next? Find out here as a new era begins in Gotham City! Cover price $3.99. 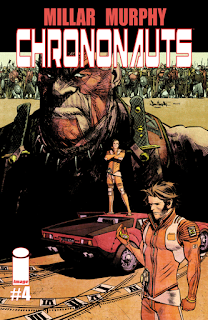 Written by Mark Millar. Art and Cover by Sean Murphy. MINISERIES CONCLUSION Captured by enemies and robbed of their ability to time travel, Danny and Quinn have created the biggest mess the space-time continuum has ever seen. Now, it's up to them to defeat the bad guys, fix past wrongs, and escape the wrath of their bosses! Cover price $5.99. 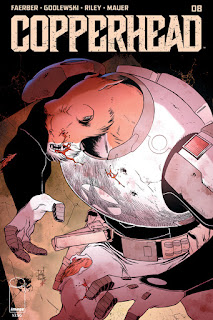 Written by Jay Faerber. Art and Cover by Scott Godlewski and Ron Riley. You wanted more Boo? You got more Boo. Cover price $3.50. 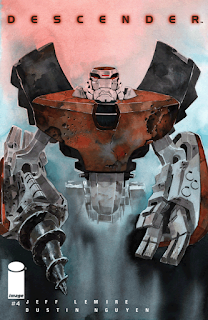 Written by Jeff Lemire. Art and Cover by Dustin Nguyen. Image's red-hot new series continues as Tim-21 struggles to trust his new companions, the Scrappers move in, and factions from across the galaxy tighten their grip. Cover price $2.99. 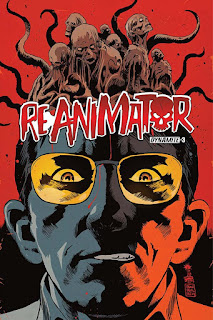 Written by Keith Davidsen. Art by Randy Valiente. Cover by Francesco Francavilla. When Susan Greene joined Dr. Herbert West as his new assistant, she'd craved the forbidden thrills of his unorthodox experiments - the awakening of zombies, stitching together new lifeforms, refining narcotics from undead brain fluid, and more. But once she uncovered the Reanimator's terrifying secret, she's been overcome with suspicion and doubt. Now, she'll finally get the answers she seeks… but will she survive the shocking revelation? Meanwhile, two drug cartels prepare for war, with the mad doctor's entire operation as the prize. Can even the evil genius of Herbert West counter the sinister intent of those who serve Elder Gods and Voodoo witchcraft? Cover price $3.99. 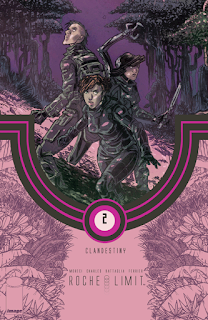 Written by Michael Moreci. Art and Cover by Kyle Charles. Elbus and his military crew form an unlikely alliance in their rush to flee the city. Meanwhile, within the forest, Sasha and the science team's expedition comes unhinged. Cover price $3.50. 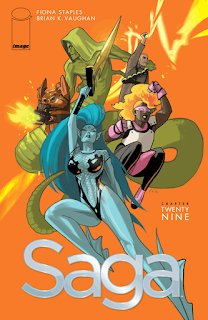 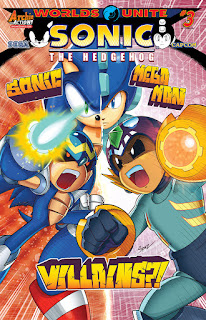 Worlds Unite Act I: Part 3 - Written by Ian Flynn. Art by Terry Austin & Various. Cover by Patrick Spaz Spaziante. 'Sonic/Mega Man: Worlds Unite,' Part 3. It's a cascade of cross-dimensional chaos! On Sonic's World, the Freedom Fighters are battling with the terrifying arsenal of M'egga Man! On Mega Man's World, the Robot Masters can't keep up with the super speedy Sonic Man! Who can possibly save our heroes? The answer is sure to surprise you! Story continues in Mega Man #50! Cover price $3.99. 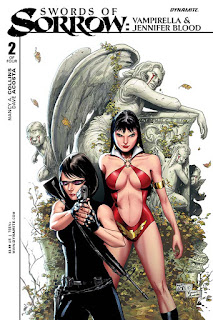 Written by Nancy A. Collins. Art by Dave Acosta. Cover by Billy Tan. Now that the threat of the Pacifica Slasher/Anaheim Ripper has been handled, Vampirella must figure out how to survive in a world without monsters-including where to find her next meal. Meanwhile, Jennifer Blood turns her attention to Los Muertos, a deadly narco gang with a fondness for turning the faces of those who cross them into sporting goods. However, her plans for the gang's leaders are derailed by yet another Jennifer Blood copycat-one who bears a disturbing resemblance to a certain voluptuous vampire. Cover price $3.99. 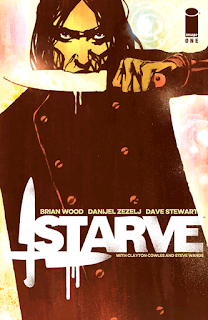 Written by Brian Wood. Art and Cover by Danijel Zezelj and Dave Stewart. UTENSILS DOWN, HANDS UP! WELCOME TO STARVE! Once the world's most famous chef, Gavin Cruikshank's been in a self-imposed exile for years. His little foodie television program has since evolved into STARVE, an arena sport that pits chef against chef for the pleasure of their super-rich patrons. It's a stain on a once-noble profession, and Chef Gavin is ready to go to war to stop it. Two things stand in his way: his arch rival Roman Algiers, and his adult daughter Angie, who probably just wants her dad back and acting normal. Cover price $3.50. 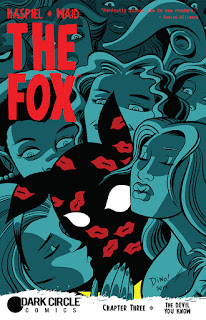 Written by Mark Waid. Art by Dean Haspiel & Various. Cover by Dean Haspiel. 'Fox Hunt,' Part 3: 'The Devil You Know.' Just as The Fox was through being a superhero, his son was putting the final touches on a gift for his dad - a sidekick. Enter: Kitsune, the Ghost Fox! But unbeknownst to father and son, a criminal mastermind has just put a million dollar bounty on the Fox's head. Now our hero must make sure his son isn't killed by an entire city filled with villains, including some familiar faces out for vengeance! Cover price $3.99. 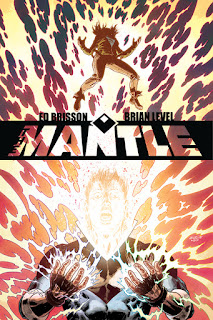 Written by Ed Brisson. Art and Cover by Brian Level. The Mantle is not the gift that it may have originally been made out to be. Sure, it's cool to be able to fly and to be part of a superhero team...but it's not cool to have an indestructible, intergalactic bad-ass hellbent on your death! Cover price $3.99. 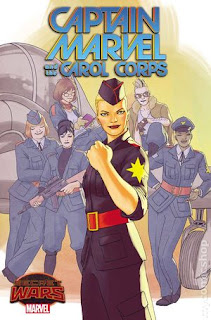 Written by Kelly Sue DeConnick and Kelly Thompson. Art and Cover by David Lopez. Atten-Hut! These ladies are the best of the best--and will take you down if you threaten their Captain. Welcome to Hala Field, where being a part of the elite Carol Corps, requires guts, guile and a whole lot of grit. So put on your uniform and get ready for a high-flying Captain Marvel series years in the making. Rated T+ Cover price $3.99. 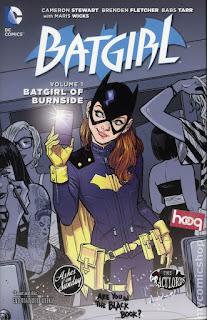 Volume 1 - 1st printing. "The Batgirl of Burnside!" Collects Batgirl (2011 4th Series) #35-40. Written by Cameron Stewart and Brendan Fletcher. Art by Babs Tarr. Cover by Cameron Stewart. Barbara Gordon is no stranger to dusting herself off when disaster strikes, so when a fire destroys everything she owns, she spots the opportunity for a new lease on life - and seizes it! Following the rest of Gotham City's young adults to the hip border district of Burnside, Barbara sets about building an all-new Batgirl...and discovers new threats preying on her peers! As the new hero of Burnside, Batgirl gets started by facing twin sister assassins on motorcycles! Hardcover, 176 pages, full color. Cover price $24.99. 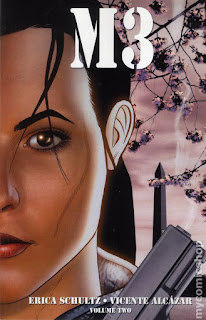 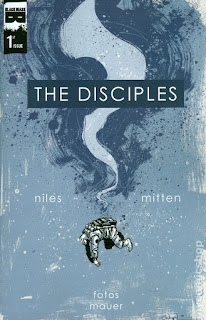 Written by Steve Niles. Art and Cover by Christopher Mitten. Dagmar, Rick, and Jules, intrepid private eyes/bounty hunters, have been hired by a high ranking Senator to retrieve his teenage daughter who's run off to join a mysterious religious cult. This is no ordinary cult though. In the near future of The Disciples, the ultra-wealthy have become true Masters of the Universe by colonizing moons throughout the solar system. Billionaire industrialist McCauley Richmond is one such colonist: he's built a new society on Ganymede, a moon of Jupiter, where his flock of cultists can have the religious freedom to worship him. But when the team reaches Ganymede in their Starship Venture, they discover something has gone horribly wrong! Cover price $3.99. 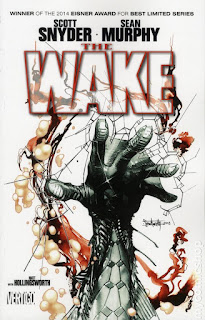 Deluxe Edition - 1st printing. Collects Wake (2013-2014 DC) #1-10. Written by Scott Snyder. Art and cover by Sean Murphy. When marine biologist Lee Archer is approached by the Department of Homeland Security for help with a new threat, she declines but quickly learns they won't take "no" for an answer. Soon she is plunging to the depths of the Arctic Circle to a secret, underwater oil rig filled with roughnecks and scientists on the brink of an incredible discovery. But when things go horribly wrong, this scientific safe haven will turn into a house of horrors at the bottom of the ocean! Softcover, 256 pages, full color. Cover price $17.99. 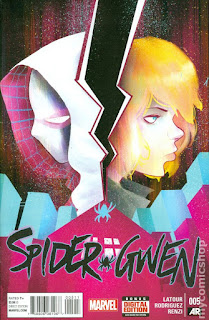 Written by Jason Latour. Art and Cover by Robbi Rodriguez. Still haunted by the death of her world's young Peter Parker, Gwen Stacy pays a visit to the two people who knew him best. Rated T+ Cover price $3.99. 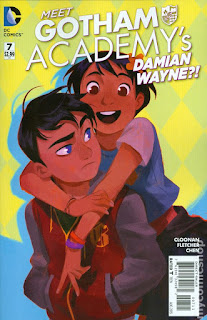 Written by Becky Cloonan and Brendan Fletcher. Art by Mingjue Helen Chen. Cover by Becky Cloonan. Special guest student Damian Wayne drops by the academy - and he is not pleased to meet his new classmates! Cover price $2.99. 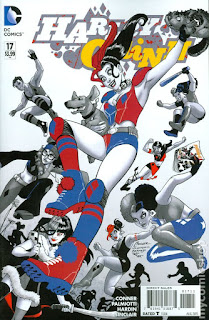 Written by Amanda Conner and Jimmy Palmiotti. Art by Chad Hardin. Cover by Amanda Conner. They're here - the Gang of Harleys has arrived! Because the world demanded more Harley Quinn, Harley has answered the call - will a dozen more Harleys do the trick? Meet Carli Quinn, Harley Queen, HanukQuinn, and many, many, MANY more in a story that will have your sides splitting! Cover price $3.99. 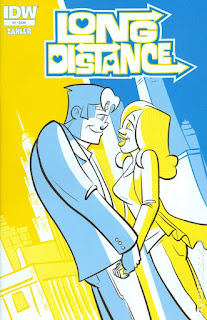 Story, Art and Cover by Thomas F. Zahler. From the creator of Love and Capes, Thom Zahler! While stranded in an airport, Carter and Lee meet and hit it off immediately. Problem is, he lives in Columbus and she lives in Chicago. Can they manage to have a relationship separated by three hundred miles, a time zone, and the entire state of Indiana? Cover price $4.99. 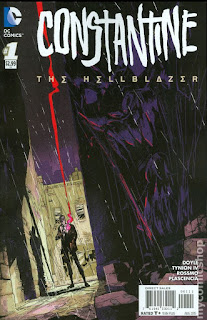 Written by Ming Doyle. Art and Cover by Riley Rossmo. The dark adventures of DC's foremost occult detective continue in an all-new series as he investigates the cruelest case he's ever come across - his own dark history! Cover price $2.99. 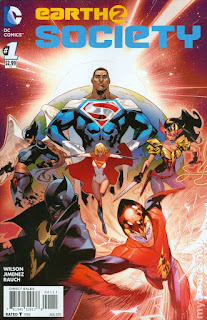 Written by Daniel H. Wilson. Art and Cover by Jorge Jimenez. The survivors of Earth-2's war with Apokolips find themselves on a new world, but can Green Lantern, Power Girl, a new Batman and the other heroes of Earth-2 create a new world that's better than the last, or will their interference and good intentions doom this world, just like the old one? Cover price $2.99. 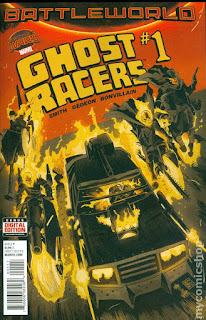 Written by Felipe Smith. Art by Juan Gedeon. Cover by Francesco Francavilla. FURIOUS RACE FROM HELL IN A BLAZING ARENA OF HORROR!!! Welcome to the scorching-hot track where cursed souls race at the speed of sin, anything and everything goes and the only rule is no rule--it's the spectacle known as the GHOST RACES; the most hellish 'entertainment' known to BATTLEWORLD! 1st place prize: Temporary freedom from the ARENA, but what happens to the unlucky and unholy losers? It's all-out, high-speed warfare among the most bizarre and vicious GHOST RIDERS of the MARVEL UNIVERSE. Expect MANY familiar SKULLS!! Rated T Cover price $3.99. 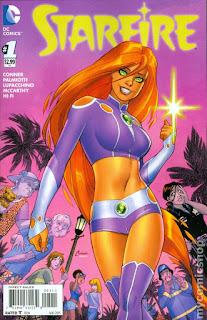 Written by Amanda Conner and Jimmy Palmiotti. Art by Emanuela Lupacchino. Cover by Amanda Conner. From the writers of the outrageous smash hit HARLEY QUINN comes former Outlaw Starfire in her all-new ongoing series! She's an alien warrior princess trying to find peace on Earth, and she'll fight anyone and anything to get it! Cover price $2.99. 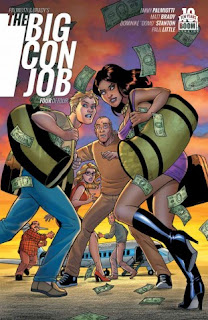 Written by Jimmy Palmiotti and Matt Brady. Art by Dominike "Domo" Stanton. Cover by Amanda Conner. In this final issue, the crew has the money, and now they just need a clean getaway! Life has a way of throwing a monkey wrench into the works, though, and someone is going to have to take the fall. Cover price $3.99. 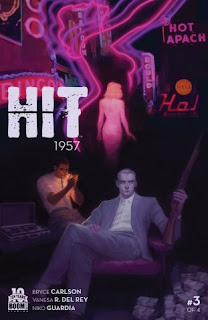 Written by Bryce Carlson. Art and Cover by Vanesa Del Rey. Slater and Haywood arrive in Las Vegas and meet with an old confidante within Domino's ranks. As they stage an assault to save Bonnie, Sticky tracks down the Hollywood Hacker on his own in L.A. Cover price $3.99.