Jessica Lucas is the Tigress for Season 2 of 'Gotham' 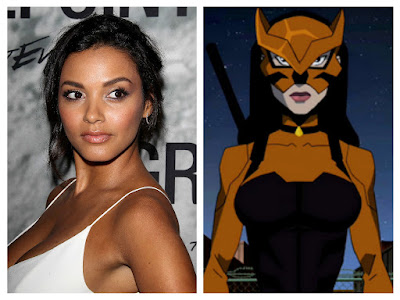 First, James Frain (The Tudors, Orphan Black) was cast as the villainous Theo Galavan for season 2 of Gotham. Now comes word from TVLine that the role of his sister, Tabitha Galavan, has been filled by Jessica Lucas (Gracepoint, Cloverfield).

Tabitha is the lead enforcer for her brother Theo, a billionaire industrialist hell-bent on taking over Gotham. Described as sexy and violent — and toting a bullwhip! — she’s the opposite of her cold and calculating brother, deriving a sensual pleasure from the mayhem she’s tasked with making.

In the DC universe, there have been three different villains known as the 'Tigress' but it appears Lucas will be playing an original iteration of the character. One of the most well-known versions appeared on the Young Justice animated series.

With Fish Mooney, another original character, sleeping with the fishes Gotham showrunners have created another set of villains that gives them storytelling flexibility. They can unleash the Galavans on Gotham without the worry of altering the canon of long-establish classic villains like Mr. Freeze and the Joker. Both of which will also make an appearance next season according to the synopsis of next season.

The stakes are higher than ever as Gotham explores the origin stories of some of the most ambitious and depraved Super Villains, including The Riddler, The Joker and Mr. Freeze, and Bruce Wayne (David Mazouz) uncovers more secrets from his father’s past, in the Season Two debut on Monday, Sept. 21 (8:00-9:00 PM ET/PT).