PREVIEW: 'The Spire' #1 by Simon Spurrier , Jeff Stokely and Andre May 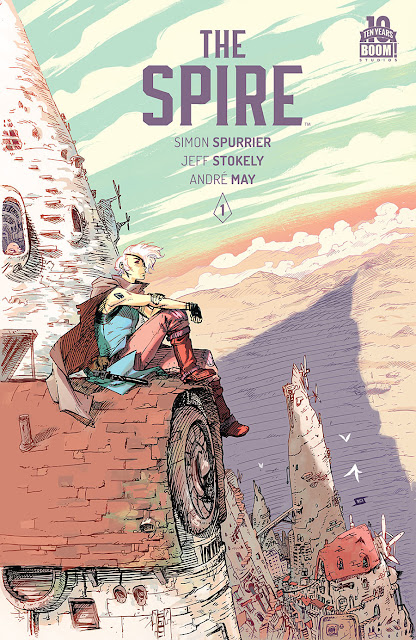 What’s To Love: Simon Spurrier (X-Men: Legacy, Crossed: Wish You Were Here) and Jeff Stokely (Gotham Academy, Jim Henson’s The Storyteller: Witches) are a formidable duo who really blew us away with their sci-fi/western fusion story Six-Gun Gorilla, so it’s only natural we would want to see what else they had up their sleeves. They’ve teamed up once again to create a murder mystery set in a strange, distant future that fans of East of West and Jim Henson’s The Dark Crystal will enjoy.
What It Is: Oversized first issue! The Spire is a mountain of metal and stone that rises out of the middle of the desert, containing a vast city of twisting tunnels, grinding elevators, ancient machinery, and is home to over a million human and non-human residents. Shå, the last of the Medusi, is responsible for keeping watch over them as Commander of the City Watch, despite the fact she isn’t shown any respect due to her race. When a string of grisly murders is committed just as a new Baroness of the Spire is about to be sworn in, Shå will have to find the serial killer and bring them to justice. But the new Baroness has a deep hatred of non-humans, and Shå will have more than one enemy at her back. 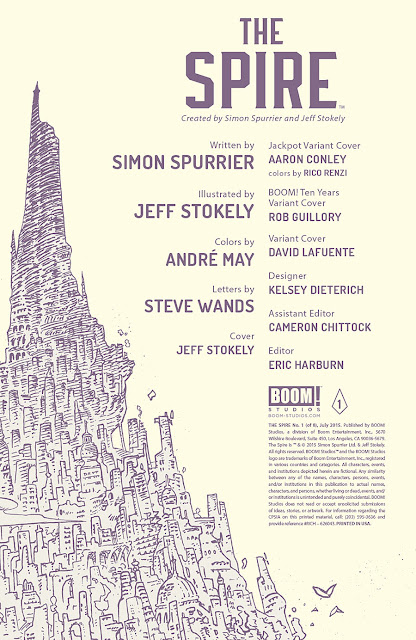 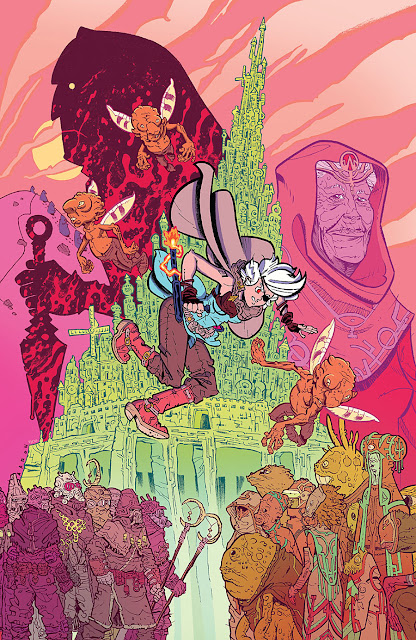 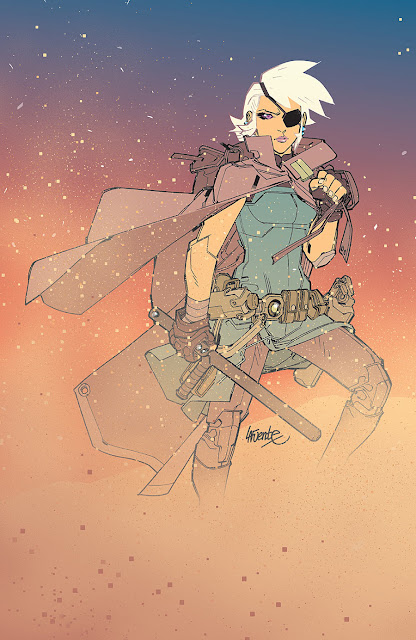 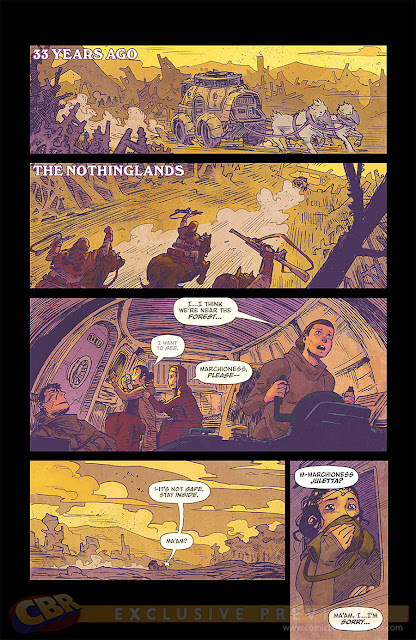 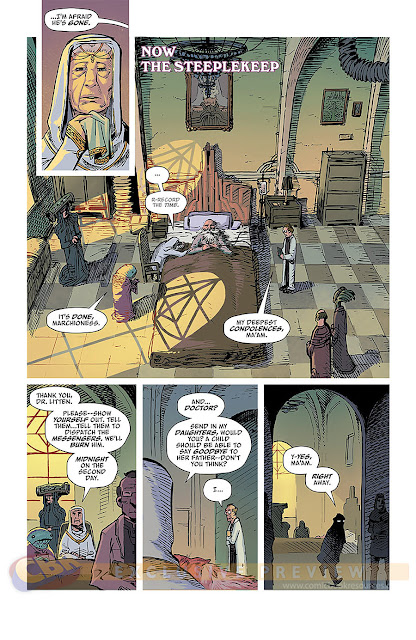 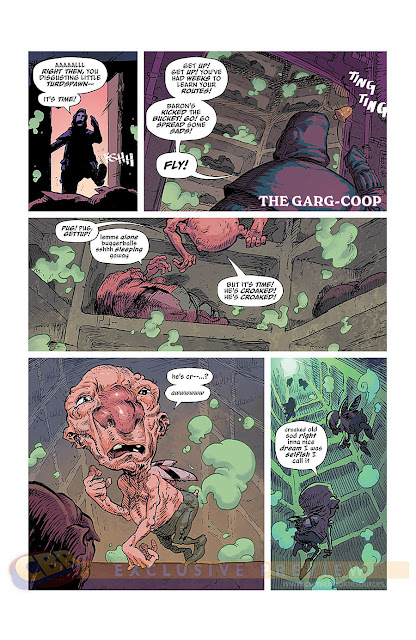 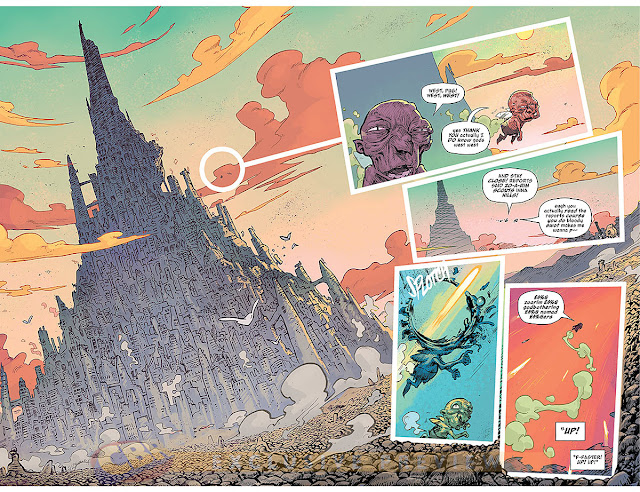 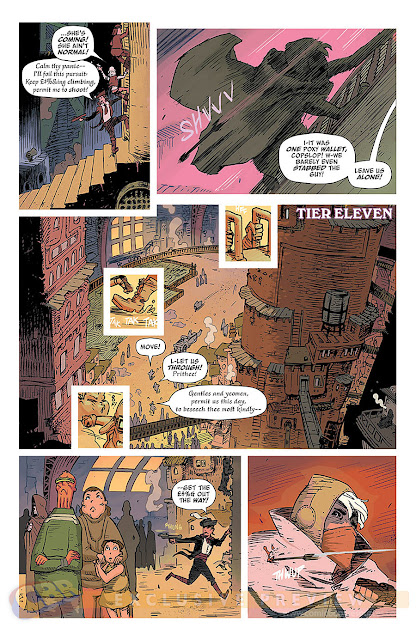 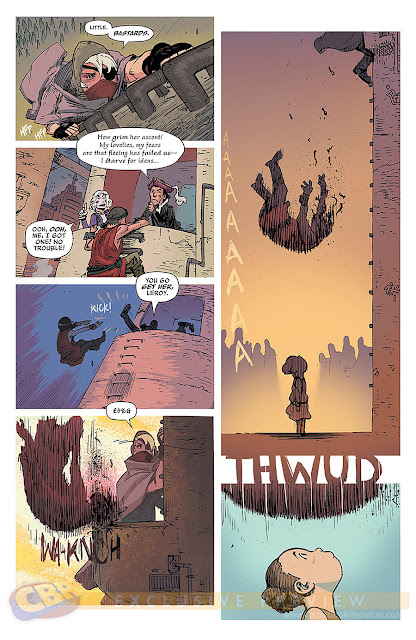