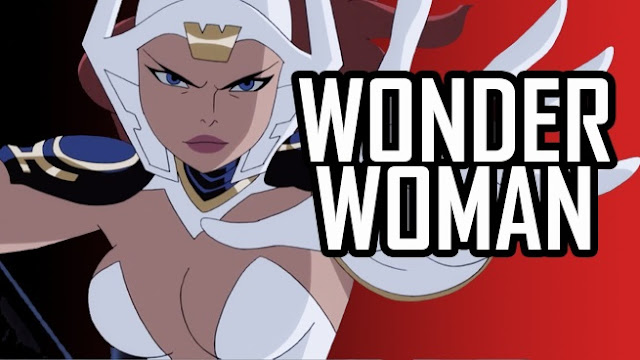 The third and final webisode of Bruce Timm's alternative animated universe, Justice League: Gods and Monsters Chronicles puts Wonder Woman in the spotlight. In this new version, she's the New God Bekka and in the episode she's bailing out her main squeeze Steve Trevor. It's an exciting battle as they face Kobra soldiers and Giganta while being quite quippy. Besides still being a relentless warrior this Wonder Woman uses a Mother Box/sword and escapes via Boom Tube. Not to mention showing Steve who's the boss.

Set in an alternate universe where Wonder Woman is actually the New God Bekka, the warrior goddess must take on a horde of Kobra soldiers to save her friend with benefits, Steve Trevor.