There isn't a better way to deal with Comic-Con hangover than cozying up to a good comic book. This week's selections should put a smile on your face or the face of someone you love. Brad Meltzer is back with another all-ages "I am..." book with I Am Lucille Ball. Giant Days #5 should make all your cares go away for awhile. Prince Valiant #3 brings fun back to adventure comics. Matt Fraction and David Aja are back with more Hawkeye. Secret Six is bonkers. And that's just the beginning. 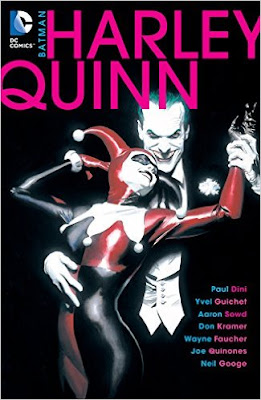 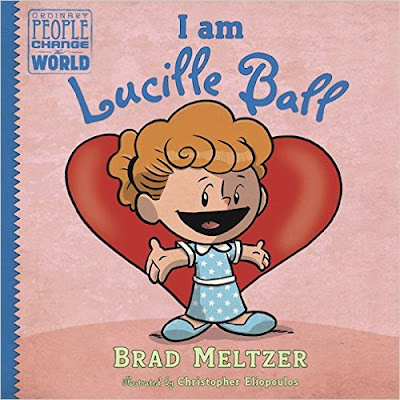 1st printing. Written by Brad Meltzer. Art and cover by Chris Eliopoulos. Humor is at the heart of the newest biography in this New York Times-bestselling series. "Kids always search for heroes, so we might as well have a say in it," Brad Meltzer realized, and so he envisioned this friendly, fun approach to biography. Each book tells the story of one of America's icons in an entertaining, conversational way that works well for the youngest nonfiction readers, those who aren't quite ready for the Who Was series. Each book focuses on a particular character trait that made that role model heroic. For example, Lucille Ball could make any situation funny. By making people around the world laugh, she proved that humor can take on anything. Hardcover, 8-in. x 8-in., 40 pages, full color. All Ages Cover price $12.99. 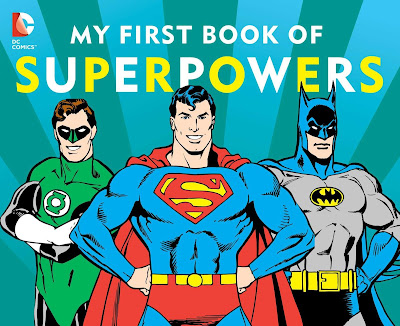 1st printing. By David Bar Katz and Morris Katz. Just as My First Book of Girl Power introduced young fans to female super heroes and their special powers, this book tackles DC's popular male characters. From Superman's super-strength and X-ray vision to the Flash's super-speed to Aquaman's ability to live under water, this exciting board book explains how each character's powers make him unique and enable him to make the world a safer place. Classic DC art makes this as appealing to grownups as it is to the tiniest aspiring super heroes. Hardcover (Horizontal Format), 8-in. x 6 1/2-in., 12 pages, full color. All Ages Cover price $9.99. 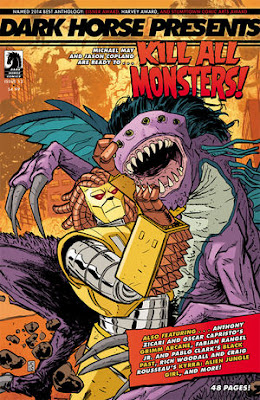 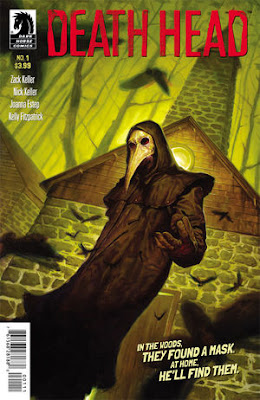 Written by Zack Keller and Nick Keller. Art by Joanna Estep. Cover by E.M. Gist. Zack Keller (cocreator of Dick Figures, the Streamy, IAWTV, and Annie Award-nominated web series with 650 million+ YouTube views) and Nick Keller (Turner of the Century) deliver a supernatural-horror thriller about family and creeping, terrifying murder! When Niles and Justine Burton go camping to get a break from their stressful lives, they expect to find peace . . . not an abandoned village hiding an ancient evil. In a turn of events ripped straight from a horror movie, a brutal killer wearing a plague doctor's mask begins hunting Niles, Justine, and their two kids. Cover price $3.99. 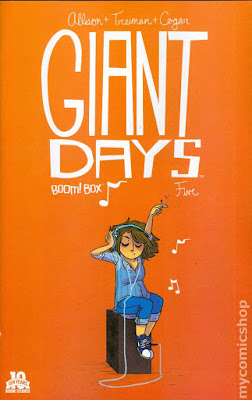 Written by John Allison. Art and Cover by Lissa Treiman. During a pre-Christmas ball, Daisy kisses a boy she shouldn't have, while Susan may have done more than that with McGraw. Esther dreads going home for holiday break for fear of running into her ex. Cover price $3.99. 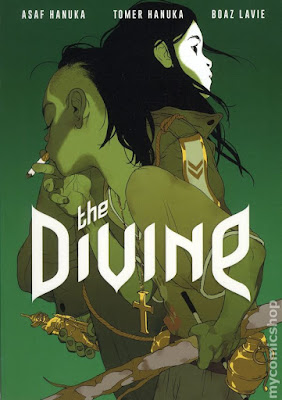 1st printing. Written by Boaz Lavie. Art and cover by Asaf Hanuka and Tomer Hanuka. Mark's out of the military, these days, with his boring, safe civilian job doing explosives consulting. But you never really get away from war. So it feels inevitable when his old army buddy Jason comes calling, with a lucrative military contract for a mining job in an obscure South-East Asian country called Quanlom. With no career prospects and a baby on the way, Mark finds himself making the worst mistake of his life and signing on with Jason. What awaits him in Quanlom is going to change everything. What awaits him in Quanlom is weirdness of the highest order: a civil war led by ten-year-old twins wielding something that looks a lot like magic, leading an army of warriors who look a lot like gods. What awaits him in Quanlom is an actual goddamn dragon. Softcover, 6-in.x 8 1/2-in., 160 pages, full color. Cover price $19.99. 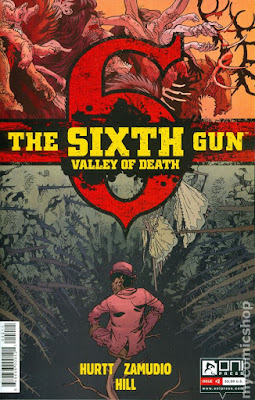 Written by Brian Hurtt. Art and Cover by A.C. Zamudio. Trapped in the Valley of Death, White Wolf and the Hunting Party find allies in the mystic warrior, Screaming Crow, and his unlikely companion Kalfu, Keeper of the Crossroads. Together they push deep into the valley on a journey that will bring them face to face with their nightmares and take them to the threshold of the broken Crossroads... and beyond. Cover price $3.99. 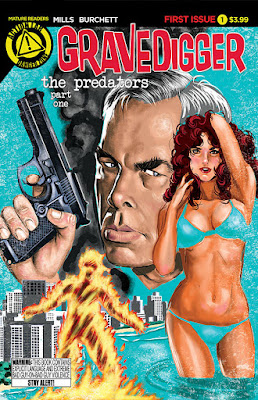 Written by Christopher Mills. Art and Cover by Rick Burchett. The popular noir web series returns to print… Framed for the murder of a mob boss's daughter, 'Gravedigger' McCrae is on the run in a South Florida paradise, pursued by a relentless crew of killers. His pursuers think tracking him down will be easy, but Digger McCrae is particularly dangerous prey. Gravedigger is a master class in hard-boiled comic action! Cover price $3.99. 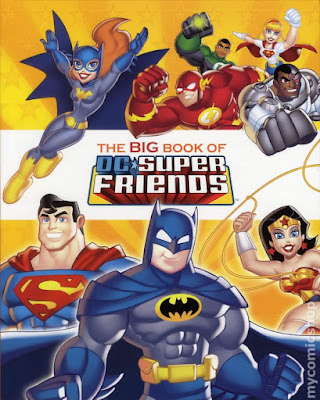 1st printing. Everything you need to know about Batman, Superman, and all the DC Super Friends! Boys and girls ages 5 to 9 will love this hardcover Big Golden Book guide to the world of the DC Super Friends! It's filled with amazing facts about Batman, Superman, Wonder Woman and all their heroic friends, as well as villains such as the Joker, Lex Luthor, and Two-Face! This is the very first guide to the heroes and villains of the DC Super Friends toyline, a must have for collectors! A Super Friends Big Golden Book is a winning combination of brands for collectors and kids. Hardcover, 8-in. x 11-in., 48 pages, full color. All Ages Cover price $9.99. 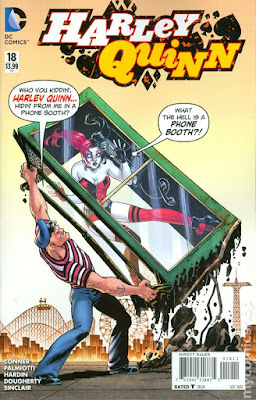 Written by Amanda Conner and Jimmy Palmiotti. Art by Chad Hardin. Cover by Amanda Conner. The Gang of Harleys rocks on with a super fun appearance by Captain Strong! Yes, that is a real character, we promise! Cover price $3.99. 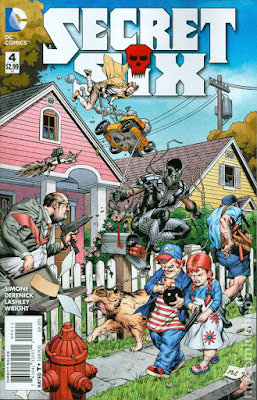 Written by Gail Simone. Art by Ken Lashley. Cover by Dale Eaglesham. How did six deadly assassins end up in suburbia? Still being hunted, Big Shot decides that Gotham City is too hot for them. So he decides they need to lie low in the land of picket fences and freshly cut lawns. What could go wrong? Cover price $2.99. 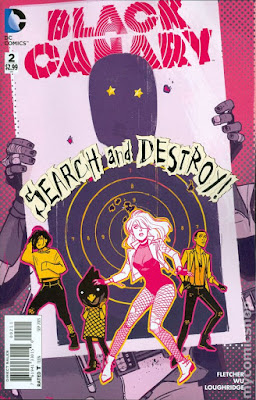 Written by Brendan Fletcher. Art and Cover by Annie Wu. In the wake of their first major fight, Dinah's realized that her new bandmates are completely unprepared to keep themselves alive in a scrap…so it's time for a training montage! (Cue the squealing guitars!) Plus: Who is Bo Maeve, and why does she hate Black Canary so much? Cover price $2.99. 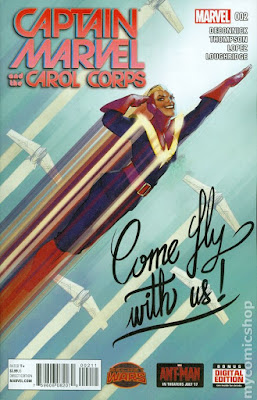 Written by Kelly Sue DeConnick and Kelly Thompson. Art and Cover by David Lopez. SECRET WARS SERIES Let's get you spun up, Airman! After the explosive events last issue, Captain Marvel and her Carol Corps are determined to never again be left in the dark. Together they begin a secret and highly dangerous campaign... to go where no one has gone before. Rated T+ Cover price $3.99. 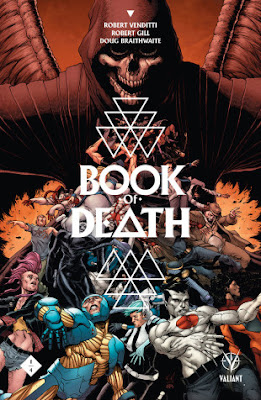 Written by Robert Venditti. Art by Robert Gill and Doug Braithwaite. Cover by Robert Gill. 'A coward dies a thousand times before his death, but the valiant taste of death but once.' The Valiant heroes. X-O Manowar. Bloodshot. Ninjak. The Harbinger Renegades. Unity. This is how they lived. This is how they died. Now we know. The Book of the Geomancer has recorded it all. But only a young girl - the last in a line of the enigmatic mystics who protect the Earth known as Geomancers - has seen this future come to pass, from the coming cataclysm to the dawn of the 41st century. Alone with her sworn protector, the Eternal Warrior - a soldier battle-forged across five thousand years of combat - the duo must defy their allies to stop the Dark Age that now threatens to eclipse our world. Together, they are the number one target of every hero and villain on Earth. Either the Eternal Warrior hands her over… or they take him down. But can even he single-handedly protect one child when the entire Valiant Universe wages war against him? Cover price $3.99. 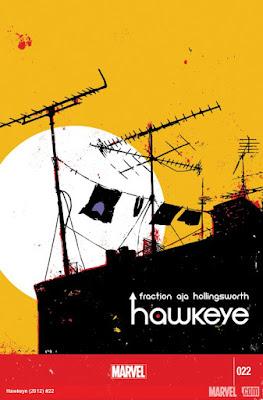 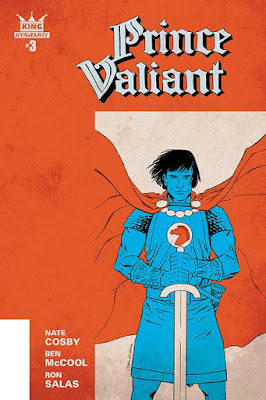 Written by Nathan Cosby. Art by Ron Salas. Cover by Declan Shalvey. Steel thyself! For the adventure-craving Valiant flees from a foe that wants to be his friend, adopts a travel companion from a different age, and wields a weapon that may save the entire King universe, or rip it usunder! Cover price $3.99. 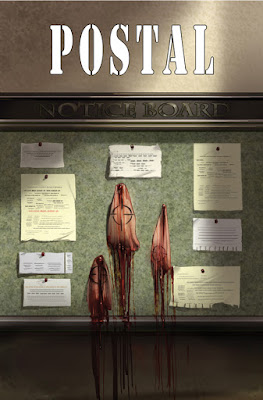 Written by Bryan Edward Hill and Matt Hawkins. Art by Isaac Goodhart. Cover by Linda Sejic. NEW STORY ARC With his mother's blessing, Mark now clandestinely goes through all incoming packages and what he finds opens up a whole pandora's box about what's really going on in the town of Eden. Cover price $3.99. 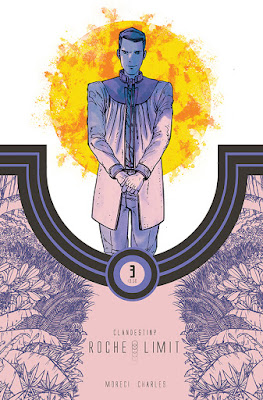 Written by Michael Moreci. Art and Cover by Kyle Charles. Can the android Danny be trusted? Cover price $3.50. 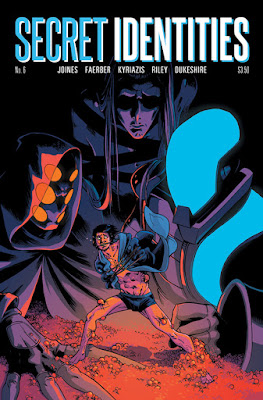 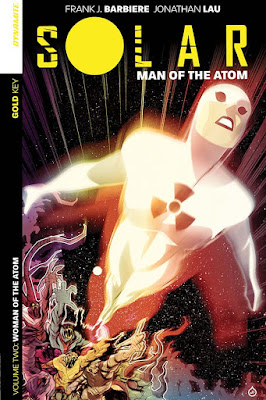 Written by Frank J. Barbiere. Art by Jonathan Lau. Cover by Juan Doe. SOLAR VS. OUTER SPACE. Erica is trapped far from Earth, and every alien wants to kill her. So Erica's really only got one option: Fight outer space. It's one weird girl and her energy ghost dad vs. EVERYTHING in the universe! 32 pages, full color. Rated T+ Cover price $3.99. 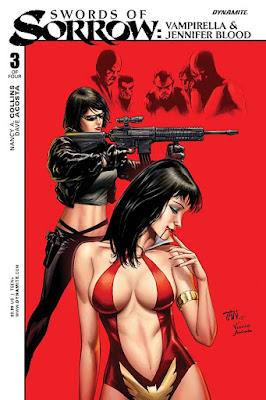 Written by Nancy A. Collins. Art by Dave Acosta. Cover by Billy Tan. Jennifer Blood is determined to avenge herself on the woman she believes is trying to frame her for murder - Vampirella! But the sudden arrival of Los Muertos leader Calavera and his heavily armed narcos force the vigilante and the vampire to team-up in a deadly 'Cemetery Dance'. Cover price $3.99. 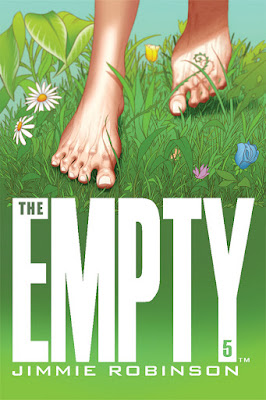 Story, Art and Cover by Jimmie Robinson. "TRUTH & LIES," Part Five. Lila's monumental decision to change the world might not only destroy her friendship with Tanoor, but also lead to a bloody rebellion that could destroy The Empty, unless Tanoor can stop her before it's too late. Cover price $3.99. 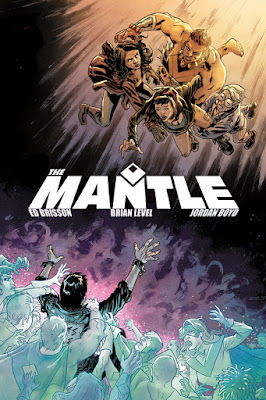 Written by Ed Brisson. Art and Cover by Brian Level. The history of past Mantles is explored and the horror of The Plague's path of destruction is fully unveiled. Cover price $3.99. 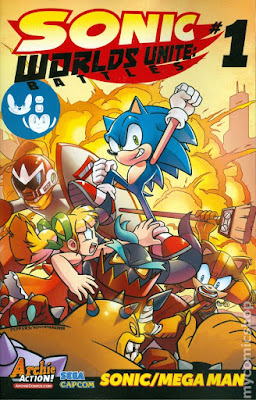 Worlds Unite Tie-In - Written by Joel Enos & Various. Art by Tracy Yardley & Various. Cover by Evan Stanley & Various. All-New Direct Market-Exclusive special! There are so many epic battles in the Sonic/Mega Man crossover event that the biggest brawls of the bunch have exploded into their very own book! Twelve issues just isn't enough to contain all the frantic action of 'Worlds Unite!' The action spills over into this second special stand-alone issue where an all-star cast of creators bring you an extraordinary all-action issue! Watch as Sonic battles the Deadly Six, Knuckles throws down with Break Man, and Sticks goes after Roll! Cover price $3.99.