In Search of the Greatest Latino Superhero, Part One (Opinion) 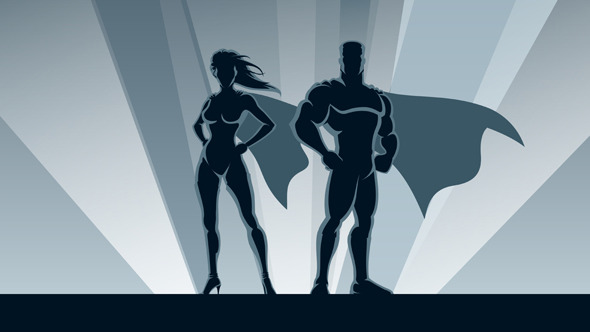 Ok, quickly name the greatest Latino superhero you can think of. Can you think of one? Two? If you're an avid comic book fan you might have said Vibe or The Question or Blue Beetle or maybe the new Ghost Rider. How many do you think the general public can name? The answer is probably zero. Zorro maybe if you're lucky. In this age of comic books and comic book adaptations, the call for diversity has never been greater. Yet, the elephant in the room for me has been the lack of a frontline Latino superhero that has transcended the page and into the public consciousness. Despite making some inroads with Latino characters in comic books the quest for the greatest superhero is a false prophecy.

Ok, I admit that sounds dire and hopeless but in looking for where Latino heroes stand in the face of over 75 years of comic books the result is very disappointing. I searched online for lists of the greatest superheroes, and yes I know these are subjective, not one list featured a Latino hero, male or female, in the top 100. I wanted to gauge if the thought of the aforementioned heroes ever crossed the minds of multiple geek sites when making such lists. After all, they'd be the authority on years and years of caped crusaders. So what does that say about Latino heroes if not a single one was considered worthy enough, memorable enough, important enough to include among the top 100 of all time?

Superman, Batman, Wonder Woman, Wolverine, Spider-Man, Avengers, Justice Leaguers, X-Men, all filled the top slots and rightfully so but when it comes to characters of color they are sparsely represented. Thankfully, Black and African characters make the cut with Storm, Black Panther, John Stewart, and Spawn. Not a lot to crow about but at least it isn't a complete white out. But why does it matter at all? Why is representation important?

Growing up I'd tie a bath towel around my neck and pretend I was the Mexican-American Superman. It never dawned on me that I couldn't be Superman. Why not me? Sure, Clark Kent never had a Latino friend or co-worker but I had a hell of an imagination. You get accustomed to not seeing someone like yourself in pop culture. Well, you do but in the absolute worst ways. I saw more than enough maids, gardeners, and gangbangers, many with thick accents represented on television. That in and of itself isn't the tragedy but not seeing a lawyer, a doctor, or a business owner to counter-balance the stereotype was frustrating.

In real life, I was surrounded by people of all shades - white, black, Latino and Asian. In this alternate universe of TV and comics non-whites barely existed at all. Didn't these creators live in the same world I did? Couldn't they see the landscape as well as me? When you don't see people like you, it is clear you're being overlooked and undervalued. Not only do characters of color don't matter neither do the viewers/readers of color. At least that's the impression given when nary an effort is made to reflect the real world and pander solely to a white audience.

This is why it breaks my heart to know Latino kids don't have a hero to call their own. That's not to say you can't be a big Batman or Spidey fan, but you've never really been given a choice or a voice. Two things have helped raise awareness of such discrepancies in diversity - population growth and the internet.

In California where I live, Latinos have become the majority and Asians aren't too far behind. The world continues to change. Increasingly pop culture will have to mirror this change. First and second generation Latinos are old enough to affect change with their wallets and their presence. There is a huge customer base to draw from if you value what they represent. This includes recognizing that they exist in places like Gotham City, Metropolis, or Avengers Tower.

With the advent of social media, people of color aren't staying quiet or settling anymore for more of the same in comics. The call for diversity in comics has become a daily cry online, on Twitter and Tumblr in particular. The activism finds plenty of fuel from the comic book industry itself. Every time a character of color gets his or her own book, but the creative team doesn't reflect  that same diversity it will be talked about. Every time a comic book professional answers the question of diversity in a comic with "do aliens count?" it will be mentioned. Every time a convention panel on diversity consists of only white panelists it will be ridiculed no matter how well-meaning it was.

It's not about complaining it's about letting the powers at be, know that we won't be silent and that these things are unacceptable. We'll no longer stand idly by as cultures are appropriated, ignored or stereotyped. It's time to hold people accountable and educate the ignorant.We have no choice but to keep asking questions and demanding answers. For people of color including Latinos, the campaign for inclusion and diversity has just begun.

Part Two will cover a brief history of Latino superheroes thus far and what we're looking for in the next one.