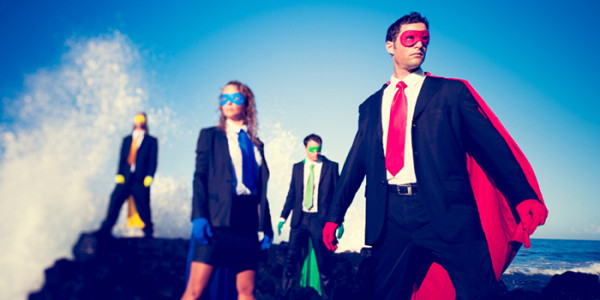 There is no stopping DC Comics from dominating television as they've joined forces with NBC to develop a workplace comedy pilot set in the world of superheroes. The Office-meets-the-Justice League premise is the brainchild of A to Z creator Ben Queen.


"Powerless is a workplace comedy set at one of the worst insurance companies in America," according to Deadline. No word yet if any DC Comics characters will actually make an appearance  but if one does it's more than likely from the D-list. "The focus of the series is on the ordinary, “power-less” folk working at the insurance company who often envy the men and women outside their window who make headlines with their supernatural powers."

With so many other serious DC properties scattered on television - Gotham, Legends of Tomorrow, The Flash, Arrow, Supergirl - a thirty-minute comedy seems like the perfect counterbalance to all the drama. If handled well 'Powerless' could help NBC fill the void left behind by The Office.