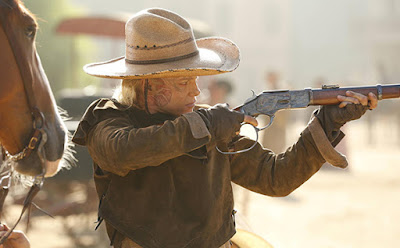 Leading into the season finale of 'True Detective,' HBO released a 30-second teaser for the upcoming 2016 drama 'Westworld.' Inspired by the 1973 Michael Crichton film of the same name, the hour-long series loosely follows the premise of a futuristic theme park where visitors can live out their darkest fantasies with androids in a virtual reality.