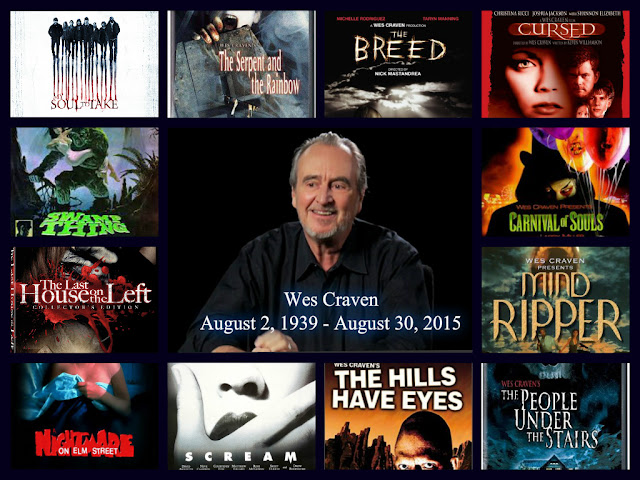 Legendary horror director Wes Craven, known for the “Scream” films and the “Nightmare on Elm Street” series, died Sunday in his Los Angeles home of brain cancer. He was 76.
Known for creating the iconic Freddy Krueger character from “Nightmare on Elm Street” and Ghostface in “Scream,” the versatile filmmaker also wrote and produced features, directed for television and wrote novels.

Craven was a humanities professor before leaving academia to work in post production and on porn movies, using a pseudonym. His first credited feature was the controversial shocker “The Last House on the Left,” which he wrote, directed and edited in 1972. He followed with the blackly comic “The Hills Have Eyes” and “Swamp Thing,” an early entry in the comic book genre.
He wrote and directed “A Nightmare on Elm Street,” with Robert Englund as Krueger and an early Johnny Depp performance, in 1984. The surreal slasher pic is credited with having started the “dream reality” style of 1980s horror filmmakers and helped launch independent film studio New Line Cinema, which is sometimes referred to as “the house that Freddy built.”
Bill Pullman starred in 1988’s “Serpent and the Rainbow,” which was based on a non-fiction book about voodoo. Craven tried his hand at non-horror fare between “Scream 2” and “Scream 3” with “Music of the Heart” in 1999, for which Meryl Streep was Oscar-nommed for best actress. He also wrote a novel, “The Fountain Society,” that year.
In the 1990s he pioneered the meta horror movie with film-within-a-film “Wes Craven’s New Nightmare,” then followed with “Scream” in 1996. He directed all four installments of the satirical scarer; the first grossed more than $100 million domestically. Starring Neve Campbell, Courteney Cox and David Arquette, it became a cultural phenomenon and inspired the “Scary Movie” spoof series.
He mixed it up again with 2005 psychological thriller “Red Eye” and with a romantic comedy segment in “Paris Je t’aime,” then produced remakes of his earlier films “The Hills Have Eyes” and “The Last House on the Left.”
Craven was still actively developing projects, having recently signed an overall television deal with Universal Cable Productions. He had television projects in development including “The People Under the Stairs” with Syfy Networks, “Disciples” with UCP, “We Are All Completely Fine” with Syfy/UCP, and “Sleepers” with Federation Entertainment.  He was also executive producing the new “Scream” series for MTV. His most recent films were 2010’s “My Soul to Take” and “Scream 4” in 2011.
He had recently written and was to direct the “Thou Shalt Not Kill” segment for the Weinstein Company/WGN’s “Ten Commandments” television miniseries, and had also been working on a graphic novel series based on his original idea “Coming of Rage” for Liquid Comics, in collaboration with Steve Niles. He was exec producer of “The Girl in the Photographs,” which will premiere in Toronto.
Born August 2, 1939, in Cleveland, Ohio, the longtime bird lover served as a longtime member of the Audubon California Board of Directors.
“I am heartbroken at the news of Wes Craven’s passing,” Bob Weinstein, co-chairman of the Weinstein Company and Dimension Films, said in a statement. “We enjoyed a 20 year professional relationship and more importantly a warm and close friendship.  He was a consummate filmmaker and his body of work will live on forever. My brother and I are eternally grateful for all his collaborations with us.”
Craven is survived by his wife, producer and former Disney Studios VP Iya Labunka; sister Carol Buhrow; son Jonathan Craven; daughter Jessica Craven; stepdaughter Nina Tarnawksy and three grandchildren.
- Variety
Email Post
Labels: death Wes Craven