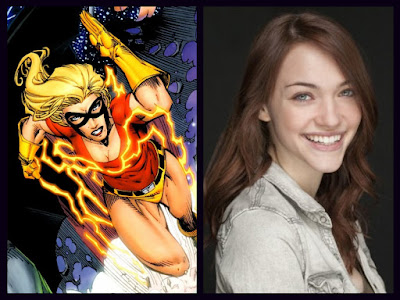 The two actors headed to the CW's superhero hit 'The Flash' next season will be shaking things up for Barry and company. Demore Barnes has been cast as Henry Hewitt, a scientist who's affected by the particle accelerator explosion, and is recruited by Caitlin Snow to join STAR Labs. Violet Beane is a newcomer who's been tapped to play Jesse Quick, a speedster caught in between the battle of The Flash and Zoom. 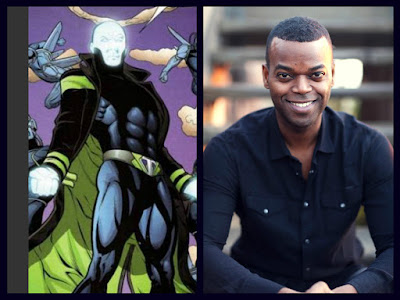 There's not a lot of information about the characters on the show but in the comic books, Hewitt was obsessed with acquiring the same powers as Firestorm. He kinapped a senator's daughter to perform a recreation of the nuclear accident that created Firestorm. The experiment was a success and he had turned the girl into Firehawk.

Having run a successful test on her he tested himself and became Tokamak, one of Firestorm's most lethal nuclear-powered villains. Ironically, he was defeated in part by the hero he created, Firehawk. The character would only appear occasionally in the comic book series.

As for Beane's Jesse Quick, TVLine describes the comic book version as “the alter-ego of Jesse Chambers, a heroine with super-speed powers. Chambers is the daughter of Golden Age heroes Johnny Quick and Liberty Belle; she would later go on to adopt her mother’s name. Her speed powers are accessed by speaking a special formula, although she also has her mother’s abilities.”