AGENT CARTER is an L.A. Woman in New Season 2 Poster 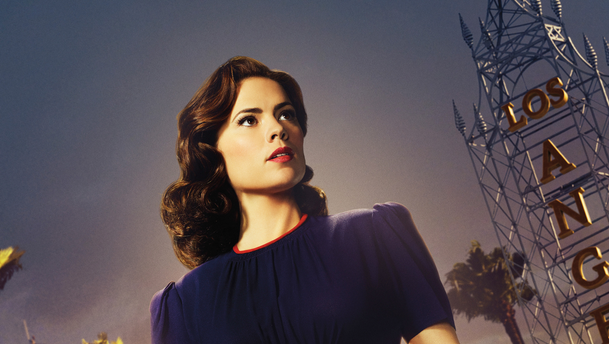 Peggy goes Hollywood as evidenced by this promo poster for the second season of Agent Carter. The ABC drama will send Peggy Carter (Hayley Atwell) courtesy of the SSR. The mini-poster will be available for fans attending New York Comic Con at Marvel's booth (#1354) all weekend.


Agent Carter and Agents of S.H.I.E.L.D. will be part of Marvel’s Television Presents: Agents of Primetime panel at NYCC on Friday, October 9 at 6 p.m. ET. 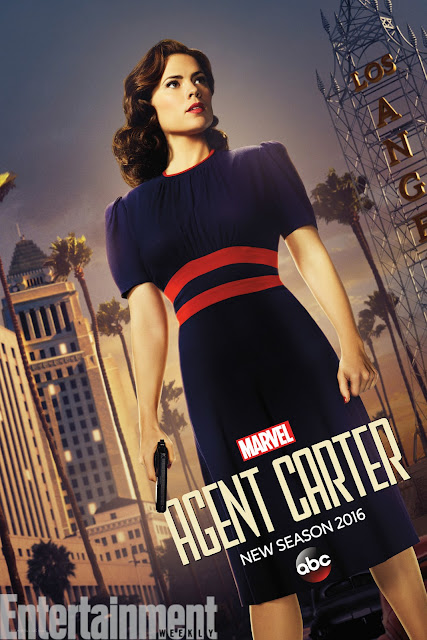 Marvel’s Agent Carter returns for a second season of adventure and intrigue, starring Hayley Atwell in the titular role of the unstoppable secret agent for the SSR (Strategic Scientific Reserve). Dedicated to the fight against new atomic age threats in the wake of World War II, Peggy must now journey from New York City to Los Angeles for her most dangerous assignment yet. But even as she discovers new friends, a new home — and perhaps even a new love — she’s about to find out that the bright lights of the post-war Hollywood mask a more sinister threat to everyone she is sworn to protect.