'Agents of S.H.I.E.L.D.' Season 3 Trailer Has Daisy in Control as a New Threat Rises 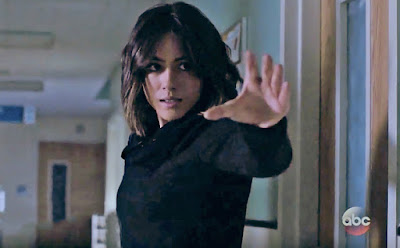 The human formerly known as Skye is now Agent Daisy Johnson (Chloe Bennett) and in full control of her powers as an Inhuman. She and Phil Coulson (Clark Gregg) keep searching for other Inhumans to help before they hurt themselves or others while trying to control their powers. The 'Agents of S.H.I.E.L.D.' season three trailer sees Daisy in action but there's a new threat lurking around the corner.


The aftermath of last season, fighting rogue Inhumans,finds our heroes fractured and dealing with their own issues. Coulson has to try and get the team focused and unified while also tracking down Inhumans. One of them is seen in the trailer not dealing very well with his newfound powers.

Check out the trailer and synopsis below:


See what's coming up for our heroes with the very first look at Season 3 of "Marvel's Agents of S.H.I.E.L.D.," premiering Tuesday, September 29 at 9/8c on ABC!

Many months after their war with a rogue group of Inhumans, the team is still reeling. Coulson is again trying to put the pieces of his once revered organization back together while also dealing with the loss of his hand. His confidante and second in command, Agent Melinda May (Ming-Na Wen), has yet to return from an impromptu vacation with ex-husband Andrew (Blair Underwood); deadly superspy Agent Bobbi Morse (Adrianne Palicki) is recovering from her traumatic torture at the hands of Grant Ward (Brett Dalton); Fitz (Iain De Caestecker) is obsessed with discovering the truth behind the mysterious disappearance of Simmons (Elizabeth Henstridge); and all are on high-alert for the next move from Ward and Hydra.