If you're like me, you'll purchase any book with Jeff Lemire's name on it. His creator-owned works are especially awesome. As if writing the excellent 'Descender' series for Image and the exciting 'Bloodshot Reborn' for Valiant wasn't enough, Lemire is debuting a new series with Emi Lenox and Jordie Bellaire entitled 'Plutona' for Image. Be sure to pick it up as I will definitely put it on my pull list. Check it and many more titles in this week's notable new releases. 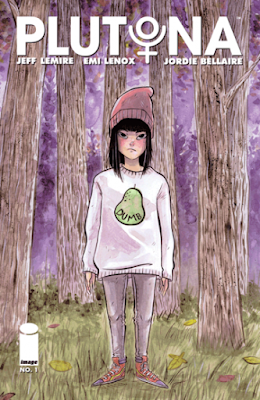 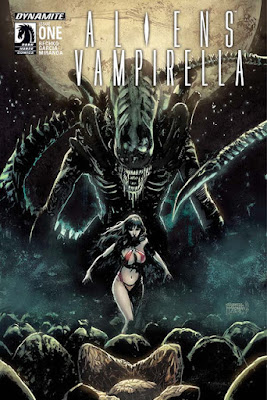 Written by Corinna Bechko. Art by Javier Garcia-Miranda. Cover by Gabriel Hardman. Humans have begun to colonize Mars, but something ancient and sinister got there first. Now Vampirella is faced with a mystery only she can solve, and the bloody realization that some monsters should never be awakened. Cover price $3.99. 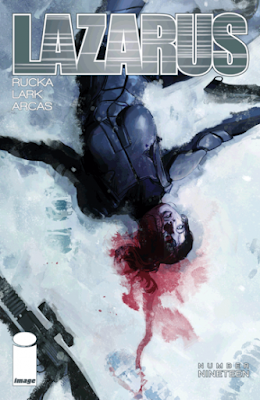 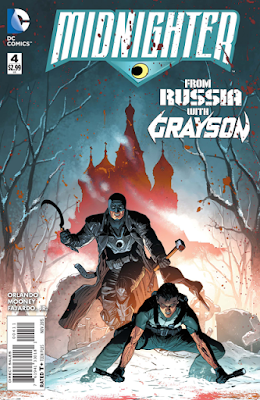 Written by Steve Orlando. Art by Stephen Mooney. Cover by Aco. Grayson and Midnighter-reunited at last! Granted, it wasn't Grayson's idea, and yes, technically Midnighter might have kidnapped him. And, uh, brought him to Moscow to fight a herd of feral vampires. Maybe this reunion is getting off on the wrong foot… Cover price $2.99. 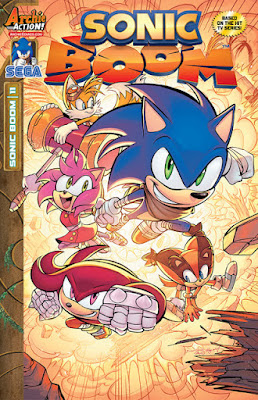 Written by Sam Sandak Freilberger. Art by Rick Bryant and Diana Skelly. Cover by Diana Skelly. Follow up after the 'WORLDS UNITE' crossover with a BOOM in this EXPLOSIVE eleventh issue! 'Eggman Gets a Gorilla': When Dr. Eggman's regular robotic enforcers just can't cut the mustard, he hires some additional help! (Because, seriously, how hard is it to cut mustard?) Introducing the mighty, Kyle the Gorilla! Is he really the next APE wonder of the world? Or will Sonic get yet another reason to point and laugh? You'll be pointing and laughing too-but in a good way! Cover price $3.99. 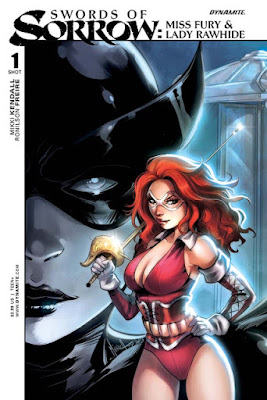 Written by Mikki Kendal. Art by Ronilson Freire. Cover by Mirka Andolfo. When everything is going wrong, sometimes the only person you can trust is a complete stranger. Can Miss Fury and Lady Rawhide put aside their differences long enough to figure out what's really going on? Cover price $3.99. 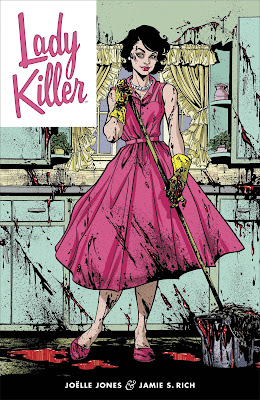 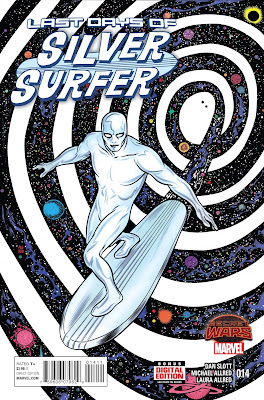 Secret Wars: Last Days - Written by Dan Slott. Art and Cover by Michael Allred. THE LAST DAYS - 'UNIVERSE 2.0' Given unheralded new power, the Silver Surfer is tasked with REMAKING THE ENTIRE UNIVERSE! From the laws of physics to the origins of new life itself, what strange new cosmos will Norrin Radd will into being? Meanwhile, Dawn Greenwood has a far less intimidating task. All she has to rebuild... is Planet Earth. Plus, if the Surfer, Dawn, and Toomie were the only survivors of the previous cosmos to make it into the void... ...why are they not alone?! Rated T+ Cover price $3.99. 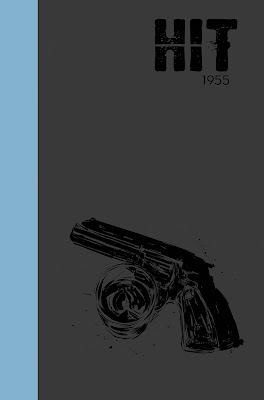 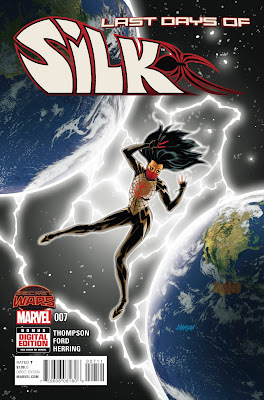 Written by Robbie Thompson. Art by Tana Ford. Cover by Dave Johnson. SECRET WARS takes its toll on Silk, as she experiences her LAST DAYS. As the sky literally falls, will Cindy Moon find her family? Cover price $3.99. 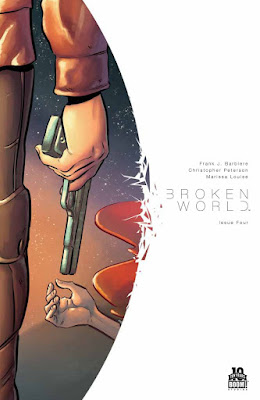 Written by Frank J. Barbiere. Art and Cover by Christopher Peterson. Final issue! Elena reaches the secret emergency rocket location that might help her reach her family, but she's got cult members and security on her tail. Cover price $3.99. 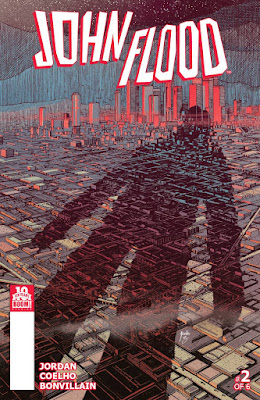 Written by Justin Jordan. Art by Jorge Coehlo. Cover by Jorge Coelho. Flood takes Berry out on an unusual first case for a crash course in his oddball techniques. Cover price $3.99. 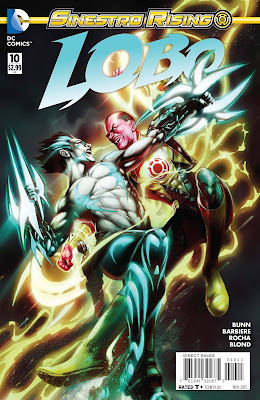 Sinestro Rising Tie-In - Written by Cullen Bunn and Frank Barbiere. Art by Cliff Richards. Cover by Leonardo Manco. Lobo is finally face-to-face with Sinestro! But did our favorite bounty hunter bite off more than he could chew when he agreed to kill the leader of the Yellow Lanterns? Cover price $2.99. 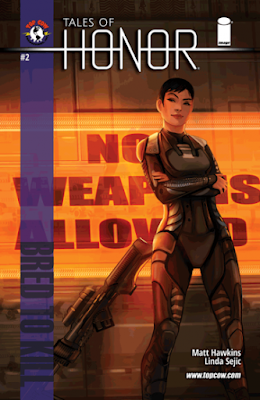 Written by Matt Hawkins. Art and Cover by Linda Sejic. Honor's arrival at Eros, a Silesian gambling/vice space station, causes a stir as the genetic slavers would love to get their hands on a treecat. Guess who brought one? Cover price $3.99. 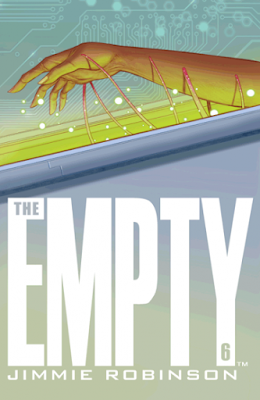 Story, Art and Cover by Jimmie Robinson. 'THE NEW WORLD ORDER,' Part Six The story arc comes to a close on The Empty when Lila and Tanoor meet the architect of their world, but in order to save The Empty they might have to kill their own creator. Cover price $3.99. 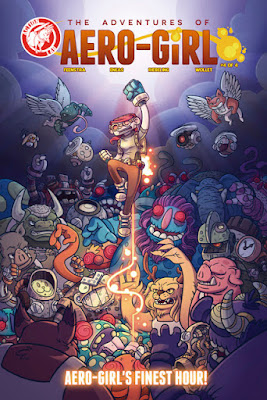 Written by DeWayne Feenstra. Art and Cover by Axur Eneas and Juan Paul Reibeling. The battle for Foxbay! Can Aero-Girl and Jak-Jak stop Dr. Chimera and his army of Ani-Men from unleashing his gene bomb and mutating the city's citizens? Cover price $3.99.