Look, don't get me wrong there's plenty of great books this week. Black Canary #4, Rat Queens #12, Princeless-Raven: The Pirate Princess #3, Sex Criminals #12 and many others are just fantastic reads. It's just that Rick Remender, Sean Murphy and Matt Hollingsworth got together and made a blockbuster movie of a comic with Tokyo Ghost. The futuristic story deals with peoples' insatiable desire for digital stimulation that it becomes the most potent drug in a lawless new world, the Isle of Los Angeles to be precise. It's an intense action-packed sci-fi worthy of a big screen adaptation. It's this week's MUST BUY. 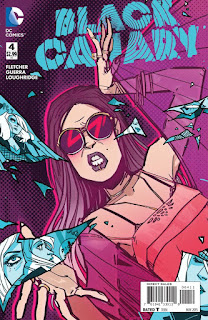 Written by Brendan Fletcher. Art by Pia Guerra. Cover by Annie Wu. Dinah is on the hunt for her kidnapped guitarist, Ditto, and when she finds the person responsible, you better believe she'll make them pay! Also: Uncover the secret of the band's former singer, and how she plans to exact revenge on them for kicking her out! Cover price $2.99. 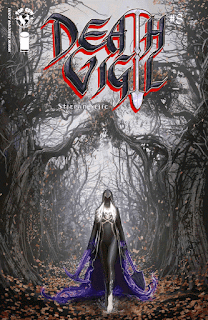 Story, Art and Cover by Stjepan Sejic. FIRST VOLUME FINALE! This is it. The Enemy has breached the gates, and Bernardette stands as the last line of defense. This is where it all ends, one way or another, and with this issue DEATH VIGIL ends. Or does it? Cover price $3.99. 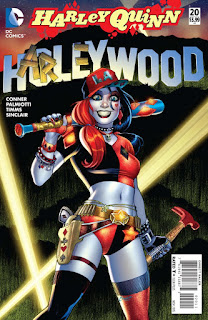 Written by Amanda Conner and Jimmy Palmiotti. Cover by Amanda Conner. Like Los Angeles didn't have enough problems with DC Comics moving in, now Harley Quinn is determined to take over Tinseltown! She's an overnight entertainment sensation, but will the industry survive Harley's fifteen minutes of fame? Cover price $3.99. 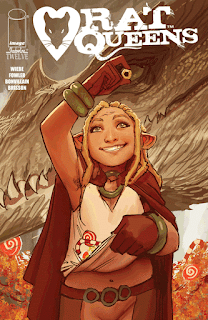 Written by Kurtis J. Wiebe. Art and Cover by Stjepan Sejic. 'DEMONS,' Part Two Along the deadly mountain trail leading to Mage University, Hannah stumbles across an old friend from an old life. The mysterious figure knows a secret past that Hannah wants no one else to ever know about. Cover price $3.99. 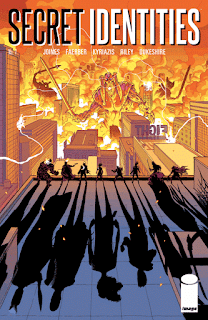 Written by Brian Joines and Jay Faerber. Art by Ilias Kyriazis and Ron Riley. Cover by Ilias Kyriazis/ DOUBLE-SIZED SERIES FINALE! The Front Line's world is rocked when the truth of Crosswind's deception comes out. Will any of them survive the intruder's final victory? It all ends here! Cover price $3.99. 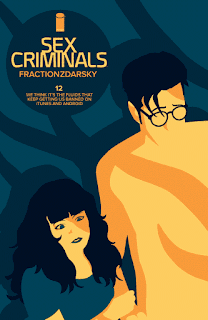 Written by Matt Fraction. Art and Cover by Chip Zdarsky. Suzie and Jon continue the worst recruitment plan in the history of entertaining second-act montage sequences. Getting the band together never had so many fluids. Cover price $3.50. 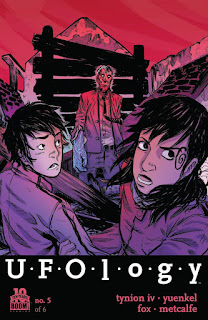 Written by James Tynion IV and Noah J Yuenkel. Art and Cover by Matt Fox. Malcolm and Becky face off against the D/H agent and unpleasant truths are revealed. Cover price $3.99. 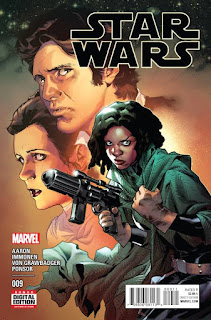 Written by Jason Aaron. Art and Cover by Stuart Immonen. Luke's lightsaber has been stolen and he must retrieve it! Meanwhile, the Imperials are closing in on Han and Leia… ...set upon them by a mysterious woman from Han's past! Rated T Cover price $3.99. 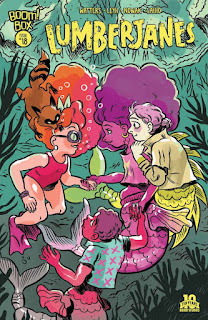 Written by Shannon Watters and Kat Leyh. Art and Cover by Carolyn Nowak. When April meets two mermaids who used to be friends but are now stuck in a crazy rivalry, she decides to put her friendship repairing skills to the test! Cover price $3.99. 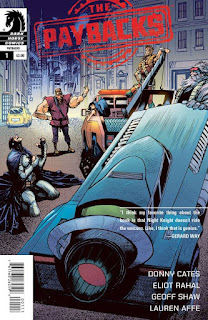 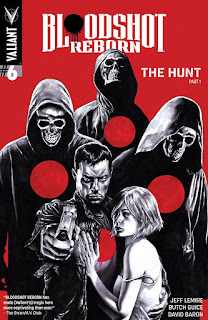 Written by Jeff Lemire. Art by Butch Guice. Cover by Mico Suayan. 'THE HUNT': PART 1-ALL-NEW ARC! JUMP ON BOARD HERE! Bloodshot is on the hunt. Determined to stop the violent reign of terror that plagues Colorado, Bloodshot journeys across the Rocky Mountains to destroy the remaining nanites that have caused mass murderers to spring up across the state. But will the drugs, booze, and insane visions rattling around his head put an end to his journey before it begins? Start reading here as New York Times best-selling writer Jeff Lemire (Descender) and modern master Butch Guice (Captain America: The Winter Soldier) begin the second staggering story arc of the chart-topping new series that Entertainment Weekly calls 'a subversive new take on Valiant's resident unkillable killing machine.' Cover price $3.99. 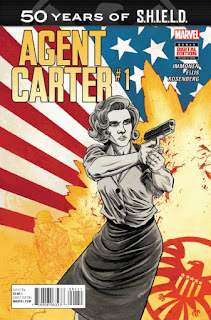 Written by Kathryn Immonen. Art by Rich Ellis. Cover by Declan Shalvey. Agent Carter is back in an all-new adventure that reveals her secret history with S.H.I.E.L.D.! When Dum Dum Dugan attempts to recruit her to S.H.I.E.L.D., will Peggy join up or go her own way? Operation S.I.N.'s crackerjack team of Kathryn Immonen and Rich Ellis return to the world of Peggy Carter! One-Shot /Rated T+ Cover price $3.99. 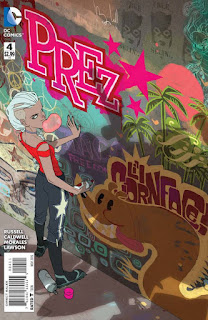 Written by Mark Russell. Art by Domo Stanton, Mark Morales and Sean Parsons. Cover by Ben Caldwell. The American Sentry program creates a PR nightmare for President Beth Ross, while a hinky experiment in artificial intelligence produces a killer robot with a taste for musicals. Plus, an eccentric trillionaire forces senators to live with the consequences of their own laws. Cover price $2.99. 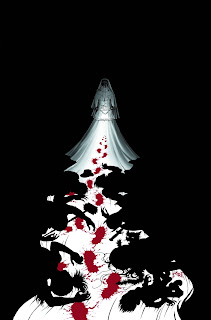 Secret Six #6 Written by Gail Simone. Art and Cover by Dale Eaglesham. What is the Secret? Actually, there's more than one-and the answers are revealed here. The true identity of Mockingbird was only one of the secrets, and it's not even the most shocking. Plus: A marriage that should not happen is proposed. A person you thought was long gone returns. And at least one of the Six is not the person you think they are. (Okay, it's the dummy.) From this point on, all bets are off. Cover price $2.99. 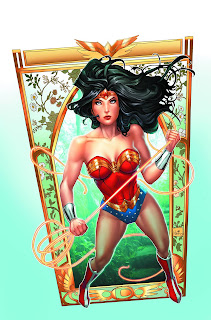 Sensation Comics Featuring Wonder Woman #14 Written by Karen Traviss. Art by Andres Guinaldo and Raul Fernandez. Cover by Nei Ruffino. It takes 'Nine Days,' the gods say, for an anvil to fall to Earth from Olympus. But what happens when it strikes the world of men? Nyx, primordial goddess of night, is indifferent to the fate of the mortals below when she decides to teach her daughter Strife a lesson. Diana has nine days to step between two warring factions of godhood and stave off a disaster for those caught in the crossfire. Cover price $3.99. 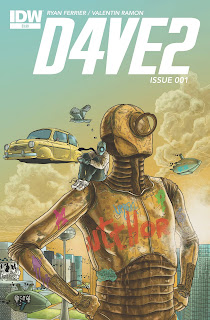 Written by Ryan Ferrier. Art and Cover by Valentin Ramon. ONE YEAR LATER. With the world seemingly at peace, things seem pretty all right on 34RTH until a strange ship's arrival sends D4VE head-first into an existential crisis: an inconceivable blast from the past that threatens not only D4VE's dwindling relationship with 5COTTY, but all of robot-kind itself! Cover price $3.99. 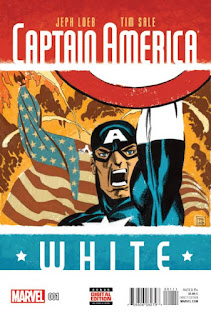 Written by Jeph Loeb. Art and Cover by Tim Sale. THE SUPERSTAR CREATIVE TEAM OF SPIDER-MAN: BLUE, HULK: GRAY, AND DAREDEVIL: YELLOW BRING THEIR MAGIC TO AMERICA'S #1 HERO From his re-awakening in the present day to his days on the battlefield during World War II, follow CAPTAIN AMERICA as he recalls a special mission during THE BIG ONE! It's 1941 and the HOWLING COMMANDOS are just looking to kick back and relax.... But CAP and BUCKY are about to make their night a whole lot worse! The EISNER AWARD-WINNING team of JEPH LOEB and TIM SALE reunite to tell a shocking story of CAPTAIN AMERICA AND BUCKY! Extra-sized issue featuring CAPTAIN AMERICA: WHITE #0 Rated T+ Cover price $4.99. 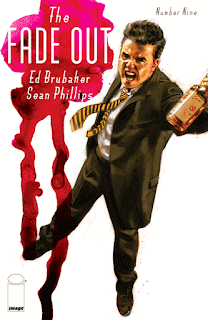 Written by Ed Brubaker. Art and Cover by Sean Phillips and Elizabeth Breitweiser. NOMINATED FOR THE EISNER AWARD FOR BEST NEW SERIES! Act Three begins as the mystery heats up! Cover price $3.50. 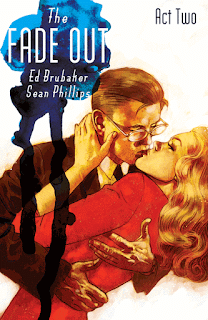 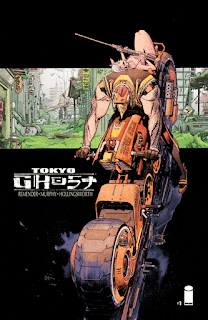 Written by Rick Remender. Art by Sean Murphy and Matt Hollingsworth. Cover by Sean Murphy. The Isles of Los Angeles 2089: Humanity is addicted to technology, a population of unemployed leisure seekers blissfully distracted from toxic contamination, who borrow, steal, and kill to buy their next digital fix. Getting a virtual buzz is the only thing left to live for. It's the biggest industry, the only industry, the drug everyone needs, and gangsters run it all. And who do these gangsters turn to when they need their rule enforced? Constables Led Dent and Debbie Decay. This duo is about to be given a job that will force them out of the familiar squalor of Los Angeles to take down the last tech-less country on Earth: The Garden Nation of Tokyo. Bestselling writer RICK REMENDER (BLACK SCIENCE, DEADLY CLASS) and superstar art team SEAN MURPHY (CHRONONAUTS, Punk Rock Jesus) and MATT HOLLINGSWORTH (WYTCHES, Hawkeye) examine our growing addiction to technology while thirsting for a nature we continue to destroy. Cover price $3.99. 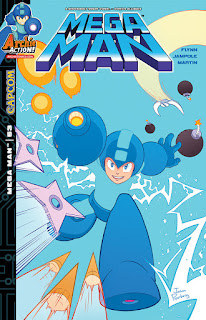 Written by Ian Flynn. Art by Ryan Jampole & Various. Cover by Jason Piperberg. The Blue Bomber is back from the events of 'Worlds Unite' and is ready to fight for justice! That's all well and good, if there was actually someone to fight! In 'Blue Shift,' peace has finally come to Mega Man's life - but is that a bad thing? Could it be possible that our super fighting robot has come to actually love the battles he was once so opposed to? Meanwhile, Dr. Wily plots something sinister from the shadows, reaching an even newer low for the mad doctor! It's an extended curtain call as we come to the end of the Mega Man series! Cover price $3.99. 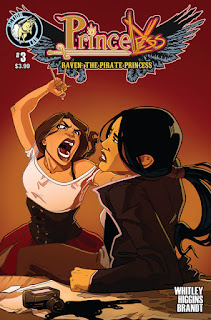 Written by Jeremy Whitley. Art and Cover by Rosy Higgins and Ted Brandt. So far, Adrienne's crew is up to three and she's going to need a lot more if she's going jumpstart her quest for vengeance. Katie and Sunshine head out to recruit a crew, while Raven goes looking for a navigator. Luckily, she knows one. Unluckily, her relationship with this navigator is…complicated. Will she recruit her or will she end up on the wrong end of a drawing compass? Cover price $3.99. 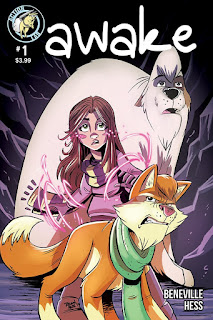 Written by Susan Beneville. Art and Cover by Brian Hess. Twelve year-old Regn has the power to wake and heal planets. But, on her first mission, she lands on Gremon where she discovers an angry planet tearing itself apart, an irresponsible big brother, and a greedy baron who stokes the chaos for his own benefit. Her power may not be enough when she comes face-to-face with the planet's consciousness. Cover price $3.99. 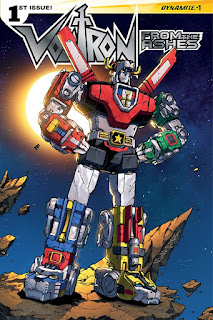 (W) Cullen Bunn (A) Blacky Shepherd (CA) Alex Milne More than 200 years ago, Voltron Force fought its final battle against the Drule Empire. Voltron has not moved since that battle, but his legacy lives on. Now, an ancient enemy has arisen, and a new Voltron Force must be chosen to pilot the Defender of the Universe! Writer Cullen Bunn says, 'You don't grow up in the day and age of my childhood without developing a deep and abiding love for Voltron, so writing the adventures of such an iconic giant robot is a real thrill and a treat. With this story, I hope to show a couple of different sides of Voltron, one vibrant and exciting like the old cartoons, and one a little more dark and even frightening. This dichotomy should be a lot of fun for readers and allow me to explore different sides of the characters involved. For me, Voltron has this mythic quality that I really want to delve into, and I'm excited to see what fans think of my contribution to the Voltron legend!' Cover price $3.99.