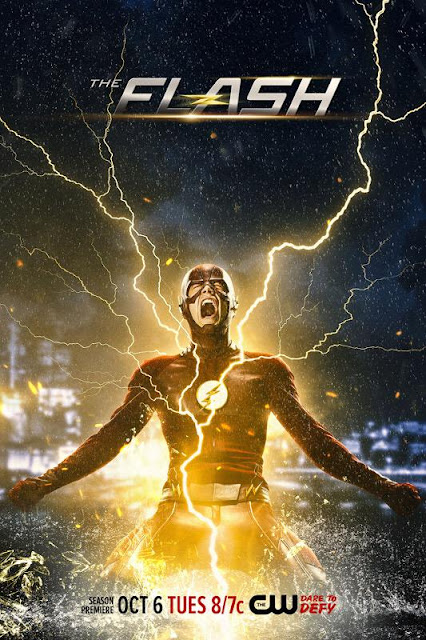 'The Flash' star Grant Gustin took to social media to debut a new electrifying poster for season two. As you can see, season two will be particularily shocking for Barry. Besides new threads he'll be dealing with some new enemies from an alternate universe. It should be a blast when 'The Flash' returns on October 6.

Following the defeat of Barry Allen's arch-nemesis Eobard Thawne (aka Reverse Flash), Team Flash quickly turned their attention to the singularity swirling high above Central City, which fans last saw consuming everything in its path. Armed with the heart of a hero and the ability to move at super speeds, Barry charged into the eye of the singularity, but will he actually be able to save his city from impending doom?


It's not easy being the fastest man alive. Take a behind-the-scenes look at the October 6 season premiere of The Flash!