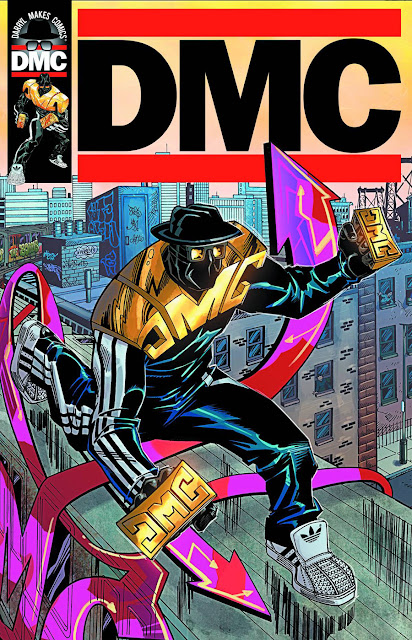 Legendary hip-hop pioneer, Darryl McDaniels, of the seminal group Run DMC, opened up his own publishing house in 2014 and launched it with his graphic novel "DMC." Now a year later TriStar is developing it into a feature film with McDaniels as producer along with Malcolm Gray and Nicole Brown overseeing for the studio. 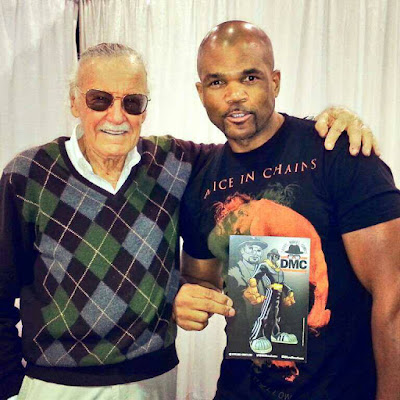 Created by McDaniels, writer Damion Scott, and creative consultant Ronald Wimberly, 'DMC' is set in the early days of hip-hop of 1985 New York.

In this 1985, however, the city's brand new guardian angels wear spandex and capes, wielding their gadgets and their superpowers to clean up the City - even if their methods hurt more people than they help. There's the deluded "graffiti king" Mr. Marx patrolling the tunnels; the dark moral crusader The Puritan who stalks the shadows of the Lower East Side; and above it all, the godlike Helios, darling of the Upper East Side and the NYPD. It seems like only some of New York's residents are benefitting from these vigilantes' protection. The rest whisper the name of another hero: DMC.

Tracking Board reports the film is imagined as Kick-Ass in tone and "an alternate history that blends traditional comic book storytelling with the pressures and anxieties of 1980’s New York–exploring how we got to where we are now.” It'll cover DMC as teacher by day and Adidas sporting hero by night protecting the city's most marginalized "against super villain and super hero alike," dispencing justice with his knuckle rings.