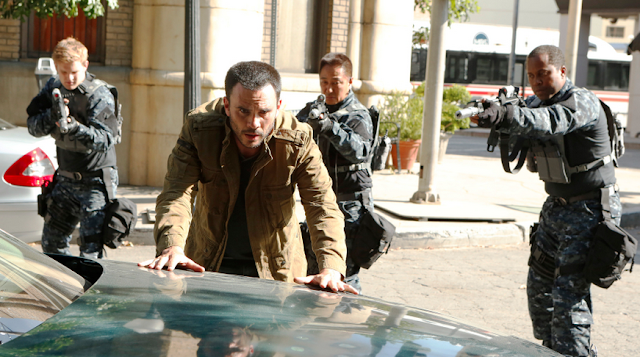 If you can't wait for next Tuesday for the season 3 premiere of ABC's 'Agents of SHIELD' then you can get a 5-minute sneak peek to hold you over until then. The opening sequence features Joe, an Inhuman with powers he doesn't understand or control. In comes a mysterious task force to take him in by any means necessary.


This season Coulson (Clark Gregg) taps the former Skye (Chloe Bennett), Daisy Johnson aka Quake, to find and recruit other Inhumans for the Secret Warriors project as more and more of them are developing their powers after the release of Terrigen from last season.

Such is the case with Joe who becomes entangled with both the task force and SHIELD. Check out the action-packed opening now.

MARVEL’S AGENTS OF S.H.I.E.L.D. – “Laws of Nature” – “Marvel’s Agents of S.H.I.E.L.D.” returns for an action-packed third season on TUESDAY, SEPTEMBER 29 (9:00-10:00 p.m., ET) on the ABC Television Network. On the season premiere episode, “Laws of Nature,” when Coulson and the team discover a new Inhuman, S.H.I.E.L.D. comes face to face with another organization searching for powered people. And still reeling from Simmons’ dramatic disappearance, Fitz goes to extreme lengths to try to learn how to get her back. (ABC/Kelsey McNeal)JUAN PABLO RABA
Email Post
Labels: ABC Agents of SHIELD season 3 Television trailer video