In the shadow of New York Comic Con comes another New Comic Book Day with tons to offer. Publishers have a lot of great books dropping today but one in particular has an exceptional line-up. Image Comics has a kiler's row of issues out on the same day.BITCH PLANET TP VOL 1, COPPERHEAD #10, HUMANS #8, INJECTION TP VOL 1, NAILBITER #16,PAPER GIRLS #1, PLUTONA #2, SOUTHERN BASTARDS #11, and THE WALKING DEAD COMPENDIUM TP VOL 3 are just the half of it. You can't go wrong with Image this week. 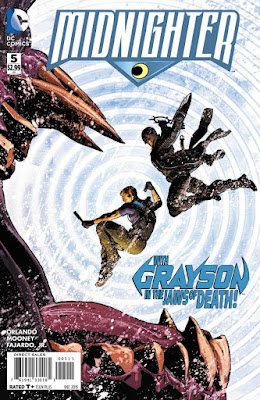 Written by Steve Orlando. Art by Stephen Mooney. Cover by Aco. Grayson and Midnighter have finally cornered the man selling the tech that was stolen from the God Garden! Unfortunately for them, he's saved all the best toys for himself! Somebody's not leaving Russia alive… Cover price $2.99. 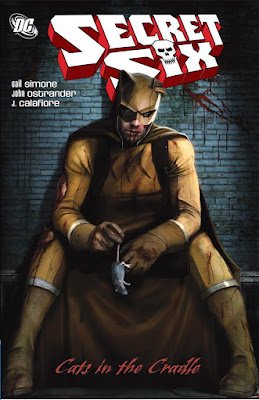 Volume 3 - 1st printing. "Cat's Cradle!" Collects Secret Six (2008-2011 3rd Series) #15-24 and Suicide Squad (2009 DC) #67. Written by Gail Simone and John Ostrander. Art by Jim Calafiore and Peter Nguyen. Cover by Daniel Luvisi. The Suicide Squad has captured Deadshot, and they're determined to make him rejoin the team. But the Secret Six have some serious objections to that plan! Plus, Catman heads to Africa to find the men who kidnapped his long lost son, leaving a trail of destruction in his wake that threatens to destroy the Secret Six once and for all. Softcover, 336 pages, full color. Cover price $19.99. 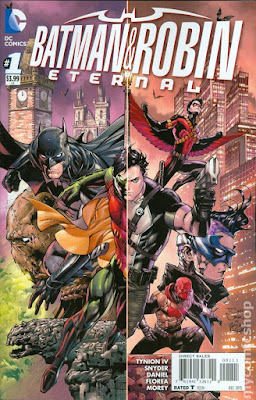 Written by James Tynion IV and Scott Snyder. Art and Cover by Tony S. Daniel. It's here at last-the sequel to the blockbuster weekly series BATMAN ETERNAL! Five years ago, Batman and Robin worked the most disturbing case of their crimefighting careers-bringing down the organization of the ultimate human trafficker, the mysterious woman known only as Mother. At the time, Dick Grayson never quite understood the scope of that case, but now its darkest secrets are coming back to haunt him and everyone else who ever worked with Batman! With Bruce Wayne now lost to them, Dick and all his allies are out in the cold! Who can they trust? Is someone among them not who they say they are? And who is the deadly, silent young woman in black who's come to Gotham City looking for Batman? Prepare yourself for six months of international intrigue, twists and turns, and new additions to the world of Batman and Robin, from showrunners James Tynion IV and Scott Snyder, and writers Tim Seeley, Steve Orlando, Genevieve Valentine, Ed Brisson, and Jackson Lanzing & Collin Kelley! Cover price $3.99. 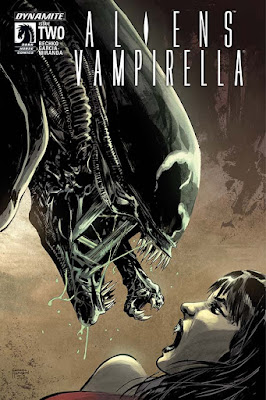 Written by Corinna Bechko. Art by Javier Garcia-Miranda. Cover by Gabriel Hardman. With the Xenomorphs awakened, the Martian base is in mortal danger. But can Vampirella win the trust of her human companions in time to launch a counter attack? Cover price $3.99. 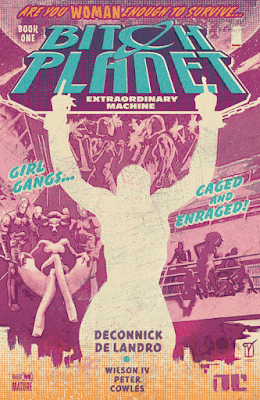 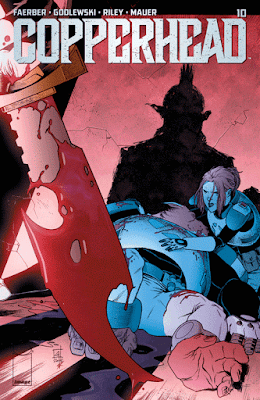 Written by Jay Faerber. Art and Cover by Scott Godlewski and Ron Riley. The conclusion of our second story arc, as Clara's manhunt comes to an end. Cover price $3.50. 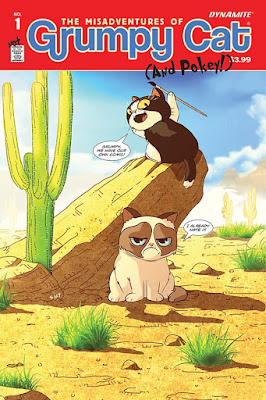 Written by Ben McCool & Various. Art by Steve Uy and Ken Haeser. Cover by Steve Uy. Dynamite proudly presents The Misadventures of Grumpy Cat #1, featuring 'The World's Grumpiest Cat' and her brother, Pokey! With her ever-present pout and sassy disposition, Grumpy Cat has won the hearts of people everywhere. Grumpy Cat is the perfect combination of unbearable cuteness, instant fan appeal, and established multimedia presence. If you love the memes, the videos, and that irresistible scowl, then get ready for the wildly fun antics of Grumpy Cat and Pokey in Dynamite's all-new, all-sensational Grumpy Cat comics! Cover price $3.99. 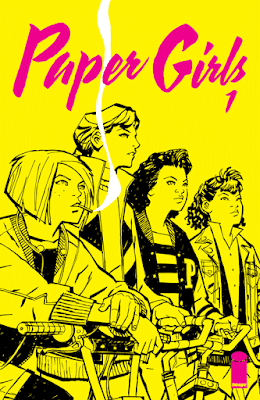 Written by Brian K. Vaughan. Art and Cover by Cliff Chang. SAGA writer BRIAN K. VAUGHAN launches a brand-new ONGOING SERIES with superstar Wonder Woman artist CLIFF CHIANG! In the early hours after Halloween of 1988, four 12-year-old newspaper delivery girls uncover the most important story of all time. Stand By Me meets War of the Worlds in this mysterious young adult adventure, starting with a spectacular DOUBLE-SIZED FIRST ISSUE for the regular price of just $2.99! Cover price $2.99. 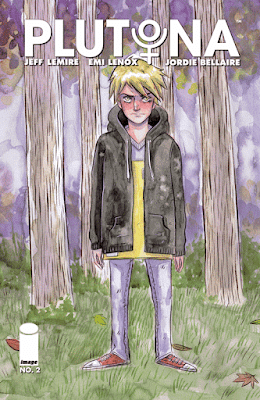 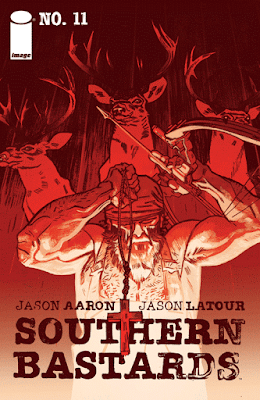 Written by Jason Aaron. Art and Cover by Jason Latour. Deep in the woods of Craw County lives a man who may be even more dangerous than Coach Boss. He hunts with a bow. Handles snakes. Hates football. And has just been given a special mission from God. Cover price $3.50. 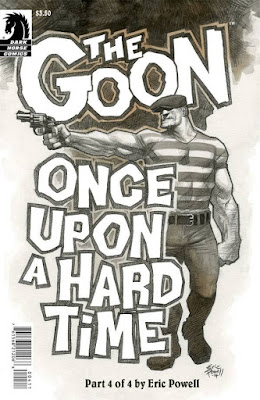 Story, Art and Cover by Eric Powell. This climactic issue wraps up the story that started sixteen years ago with the very first issue of The Goon. The Goon has hard choices to make. Some live. Some die. And everything changes. Don't miss this major turning point in the Goon mythology. Cover price $3.50. 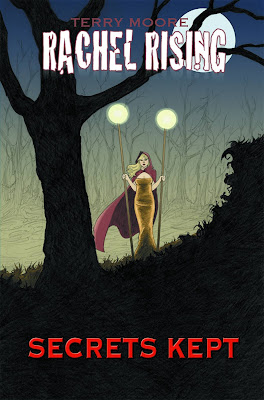 Volume 6 - 1st printing. "Secrets Kept!" Collects Rachel Rising (2011 Abstract) #31-36. Story and art by Terry Moore. Rachel wakes from a deathly sleep to find her town gripped with fear as the rise in violent deaths mount. Knowing the demonic Malus is to blame, Rachel joins forces with Zoe to find and stop their common enemy. But Malus is enamored with Rachel and makes her an offer she might not be able to refuse! Softcover, 120 pages, B&W. Cover price $16.99. 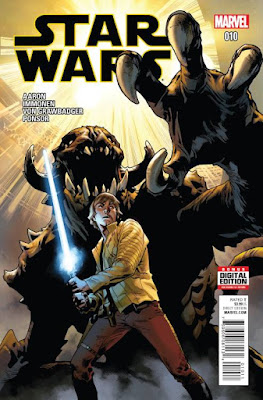 Written by Jason Aaron. Art and Cover by Stuart Immonen. Luke Skywalker...imprisoned! His friends race across the galaxy to save him before he enters... THE ARENA OF DEATH! Rated T Cover price $3.99. 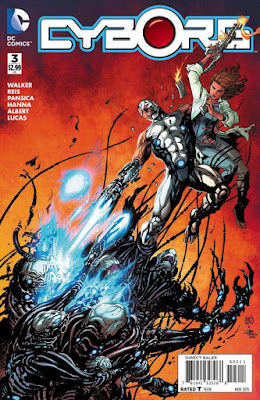 Written by David Walker. Art and Cover by Ivan Reis and Joe Prado. Cyborg is our only defense against a freakish new army of invading metal aliens known as the Technosapiens. Plus, the Tekbreakers are back! They killed him the last time-are they back to finish the job?! Cover price $2.99. 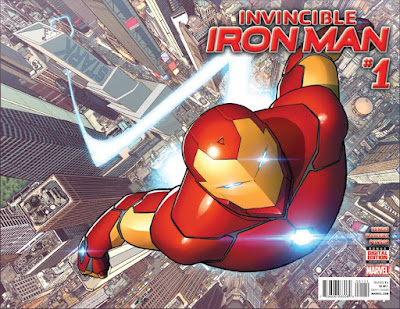 Written by Brian Michael Bendis. Art by David Marquez. Exploding out of the pages of SECRET WARS, one of the most popular super heroes in the world gets a gigantic new series. From the creators that brought you ULTIMATE SPIDER-MAN comes new armor, new supporting cast, new villains and a new purpose that is going to tear itself across the entire Marvel Universe and beyond. with a shocker of a last page that will have everyone talking and the return of one of Tony's biggest nemeses, you will not want to miss this!! Also, who are Tony's biological parents? The quest begins here! Cover price $3.99. 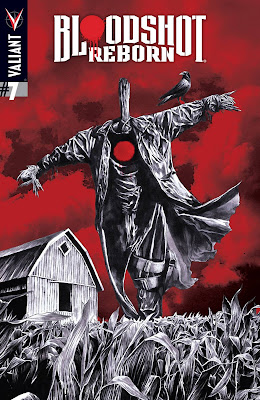 Written by Jeff Lemire. Art by Butch Guice. Cover by Mico Suayan. THE HUNT is on! As responsible as Ray Garrison feels for the violence unleashed by his old nanites, he fi nds himself with another more familiar and painful responsibility - the life of a woman he loves. How will Ray keep Magic safe, avoid the federal manhunt that's closing in on him, and stop his impostor before they kill again?! Cover price $3.99. 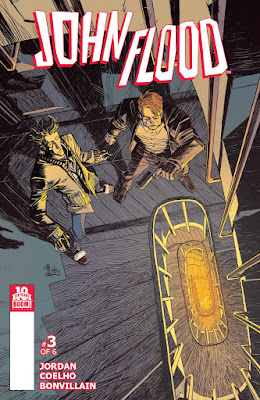 Written by Justin Jordan. Art and Cover by Jorge Coehlo. In trying to stay two steps ahead of the killer, Flood puts the one closest to him in the most danger. Cover price $3.99. 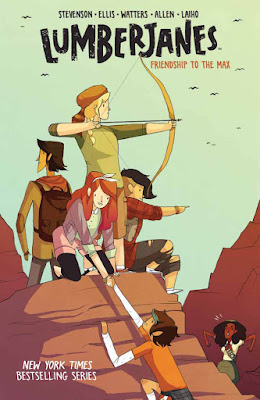 Volume 2 - 1st printing. Collects Lumberjanes (2014) #5-8. Written by Noelle Stevenson and Grace Ellis. Art by Brooke A. Allen. Cover by Noelle Stevenson. The second collection of the award-nominated Lumberjanes is here! Five girls become instant best friends when they go to camp and discover there is a lot more to the summer than learning to how to paddle a canoe. Miss Qiunzella Thiskwin Penniquiqul Thistle Crumpet's Camp for Hardcore Lady Types is not your average summer camp and Jo, April, Mal, Molly, and Ripley are not your average campers. Between the river monsters, magic, and myths, this summer is only just beginning! Softcover, 128 pages, full color. Cover price $14.99. 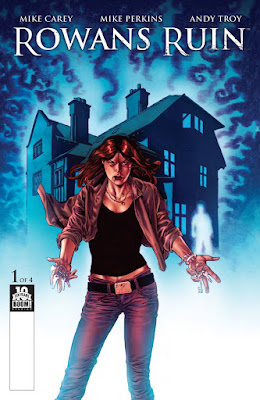 Written by Mike Carey. Art and Cover by Mike Perkins. Katie has always had things pretty easy, growing up in comfortable circumstances in Florida. But when she finds herself with a long summer break before grad school, she decides to do a house-swap with a British girl, Emily, as a way to vacation relatively cheaply-and to get out from under her parents' attentiveness. England is great, so different from Florida, and the house, called Rowans Rise, is charming. But soon she starts having nightmares-really, really, strong ones. Curious, Katie researches the owners of the house, and discovers it may have more of a sinister history than she thought... Cover price $3.99. 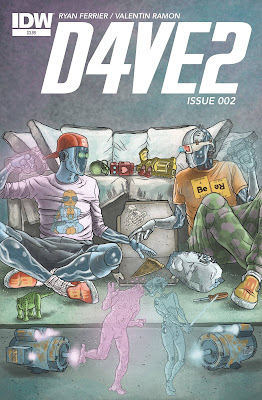 Written by Ryan Ferrier. Art and Cover by Valentin Ramon. 5COTTY getting naughty leads to an all-out brawl pitting father vs. son. In a race to save the [REDACTED], D4VE inadvertently finds himself... out of time. If this ending doesn't kill you, you're probably a robot yourself. Cover price $3.99. 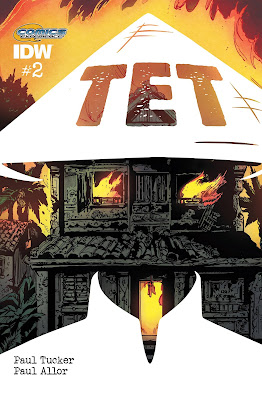 Written by Paul Allor. Art and Cover by Paul Tucker. The city is on fire; the murder remains unsolved; star-crossed lovers are split apart. As the Tet Offensive begins, Eugene abandons his post, and navigates a hellish landscape, desperate to find the woman he loves. But who's going to save him? Fans of True Detective will love this tale of a murder investigation that spans decades. Cover price $3.99. 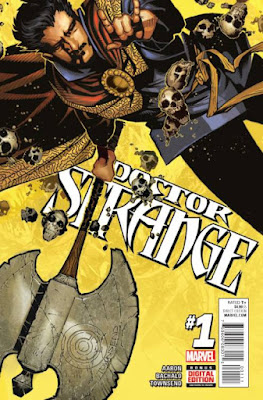 Written by Jason Aaron. Art and Cover by Chris Bachalo. Who do you call when things are coming out of your dreams and trying to kill you? Or when your daughter is cursing in Latin and walking like a spider? Or when your dog keeps screaming at you to strangle your neighbors? Doctor Strange, of course. He's the only person standing between us and the forces of darkness, but has he been paying his tab? Every act of magic has a cost and Jason Aaron (THOR, ORIGINAL SIN) and Chris Bachalo (UNCANNY X-MEN) are going to put Stephen Strange through hell to even the scales. Rated T+ Cover price $4.99. 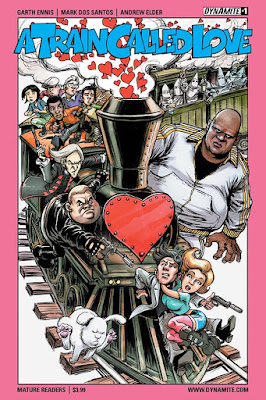 Written by Garth Ennis. Art by Mark Dos Santos. Cover by Russell Braun. Valerie's getting dirty phone calls, but when she goes to take revenge she meets Myles, the man of her dreams. But Myles is up against Emil and Gustav, mentally unstable guns for hire. And Valerie's sister Penny's friend Marcy just wants to play her own songs, but no one in the bar tonight cares- least of all Penny's loser boyfriend Marv and his buddies Chip and Jev, who want their homeboy Mike to play the race card in a dubious scheme to get rich. But Mike has just fallen foul of a certain organisation with a lot of Ks in its name. And then there's Mister Fluffy. Cover price $3.99. 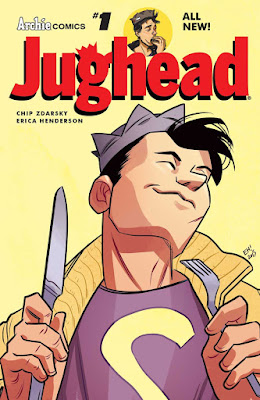 Written by Chip Zdarsky. Art and Cover by Erica Henderson. In the grand tradition of comic book reboots like Archie #1, Archie Comics proudly presents Jughead #1 from the comics dream team of Chip Zdarsky (Howard the Duck) and Erica Henderson (The Unbeatable Squirrel Girl)! Riverdale High provides a quality education and quality hot lunches, but when one of those is tampered with, Jughead Jones swears vengeance! Well, we mean, he doesn't 'swear.' This is still Archie Comics after all. Cover price $3.99.