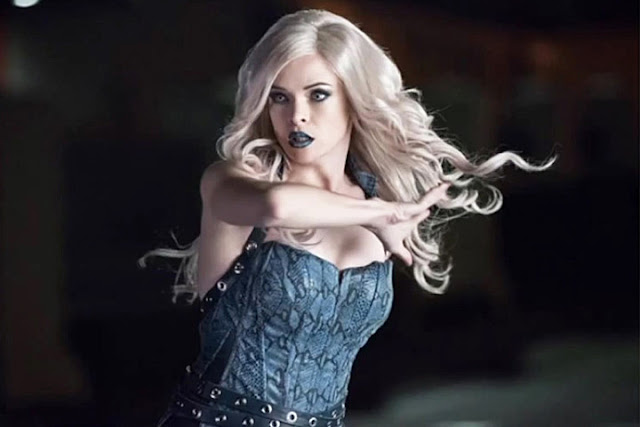 You might remember that during the season one finale of 'The Flash,' we got a glimpse of Danielle Panabaker who plays Caitlin Snow as her comic book alter ego, the evil supervillain Killer Frost. It's been a topic of discussion since the debut of the show as to when will we see the infamous rogue. Well, we still don't know but considering that season two is knee deep in alternate earth talk, could a Snow doppelganger be in the mix?

We'll have to wait and see how it plays out, but now we at least have a better look at that Killer Frost image from the CW and Panabaker sat down with CBS's 'The Talk' to discuss preparing for the shot that had fans squealing with glee.

Check out her interview below: