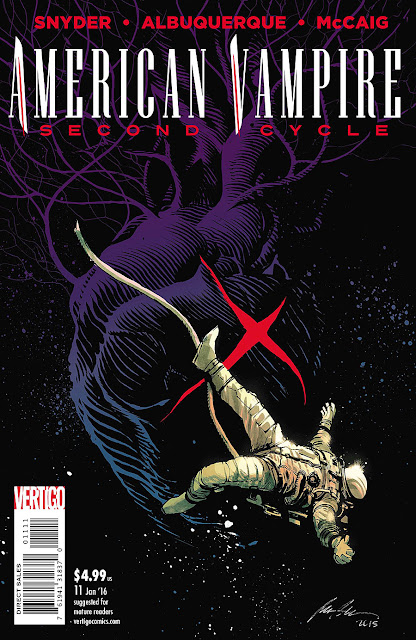 From the depths of Area 51 to outer space, “Dark Moon” has pushed our cast to the limit. Be there for the jaw-dropping finale, as the forces of the Tongue make their final shocking play. The great weapon—Issaku—is revealed as the battle for the soul of a country and our characters reaches its shocking climax. This extra-sized issue is the end for the Second Cycle of AMERICAN VAMPIRE, but look for the Third Cycle to begin in early 2016! 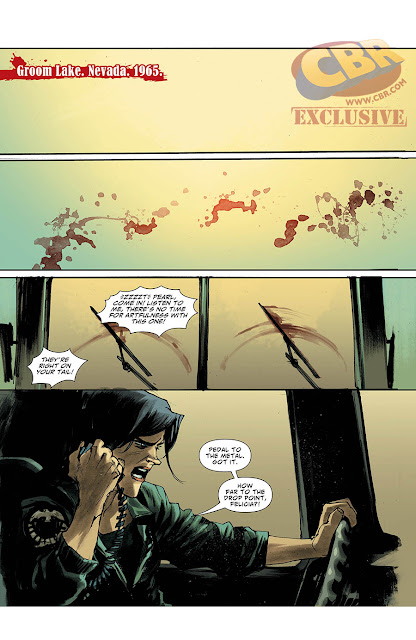 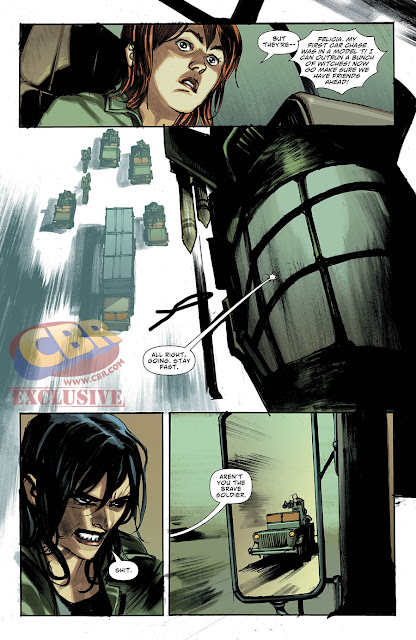 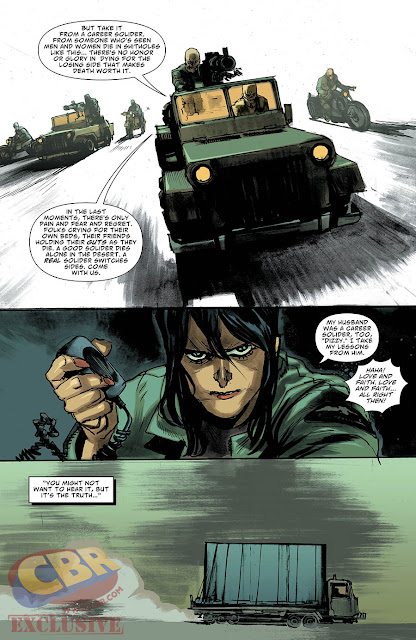 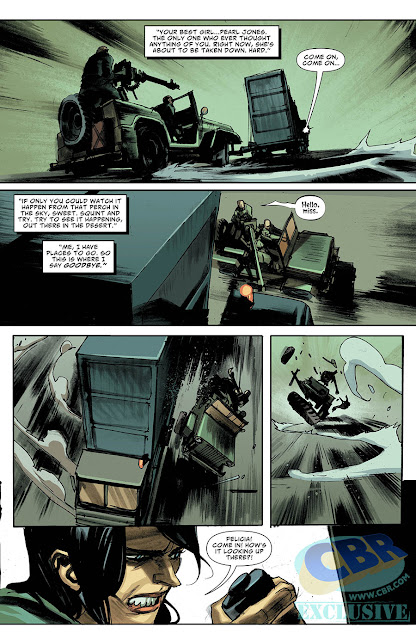 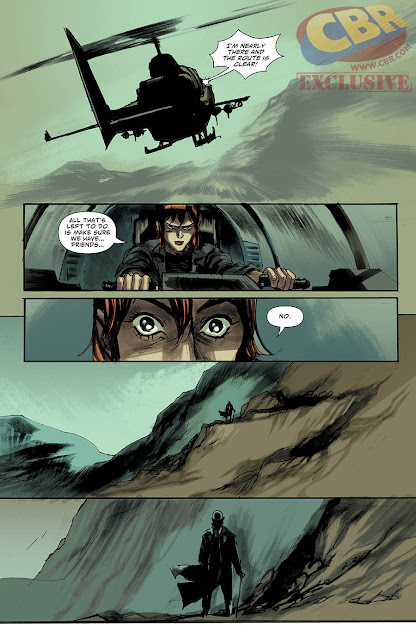