One of the fastest growing networks in cable, Esquire embarks on a journey into its second original scripted series with the epic tale of “Beowulf,” premiering Saturday, January 23rd at 10pm ET/PT.

Based on the legendary English poem over a thousand years old, Beowulf tells the story of a disillusioned and damaged hero. The 13-episode, one hour drama will chronicle Beowulf’s return to his home Herot, to make peace with his past.  Unwittingly in search of a cause to believe in and a community to fight for, Beowulf finds himself wrongly accused of murder and hunts down the true perpetrator to avenge the death of his fellow kinsmen.  Beowulf becomes Herot’s tough but unconventional hero, responsible for upholding the law and protecting the town from danger. The last of a dying breed, Beowulf is a man capable of shaping the world around him by his actions and force of will.  While this may seem like a familiar tale, Beowulf unearths the full story of the complicated, driven man behind the lore.

Welcome to The Shieldlands:
Herot is one of 13 tribes that make up the Alliance of the Shieldlands, a country with an epic history. Giants once ruled the lands, but human tribes claimed the region and forced the ogres to flee to the mountains and retreat to the darkness of the forests and swamps. Under the leadership of Herot and the successors of the other tribes, the Shieldlands has thrived seven generations, but now it is crumbling. 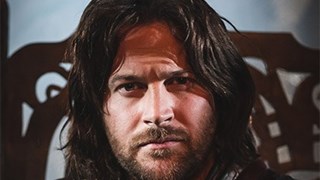 Beowulf (Kieran Bew)
Beowulf is an exceptional and intelligent warrior with a reputation as a fearless ‘hero’ that he struggles to live up to and accept. When he arrives in Herot, Beowulf quickly realizes the town is in trouble and corruption, and plotting is rife within Herot and the rest of the Shieldlands. Beowulf doesn’t arrive looking for a job – but one is thrust upon him.  He knows he has to step up for this community to stand a fighting chance. 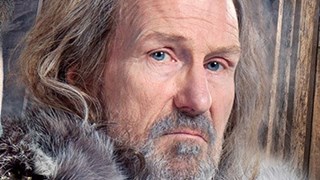 Hrothgar (William Hurt)
The wise and lionhearted Thane (leader) of Herot and the Shieldlands Alliance, Hrothgar adopted Beowulf and intended to mold him into a leader. In Hrothgar’s eyes, Beowulf was inherently more capable than his own son, Slean. 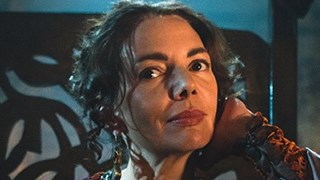 Rheda (Joanne Whalley)
The widow of Hrothgar and mother of Slean, Rheda is capable, intelligent and tough when she needs to be. As Herot’s new chosen Thane, she proves herself as a savvy leader and a dangerous politician. 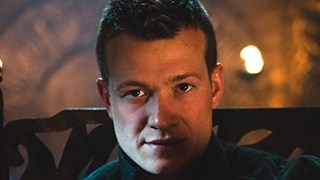 Slean (Ed Speleers)
Rheda and Hrothgar’s son, Slean is ambitious, intelligent and greedy,  but never the fighter his father was.  Slean is brave and has a burning desire to be a great warrior, but he lacks the inherent talent Beowulf was blessed with, which has caused the rift between them to grow over the years.  Slean’s feelings of inadequacy and insecurity have left their mark. He believes the rule of law is vital in Herot’s progression,  but that doesn’t mean he follows it himself.

Elvina (Laura Donnelly)
Strong, determined, stubborn and beautiful, Elvina hails from the mysterious Mere tribe. She travelled to Herot, after her people suffered a brutal massacre at the hands of the vicious Warig creatures.  As Herot’s healer, Elvina is held in good esteem and relied upon in times of need and is a great sense of strength and support. Her journey is a complex one, particularly in matters of the heart, as she gradually becomes torn between two relationships when Beowulf arrives in Herot, complicating her affections for Slean.

Rate (David Ajala)
As  Thane of  the  Varni,  a  warrior tribe  and muscle of  the  Alliance,  Rate is  a  man of  strength,  honor, courage and intelligence. Rate is powerful and terrifying but when the race for leadership over the Shieldlands presents itself, he quickly sets his sights on filling the void over the other Thanes. 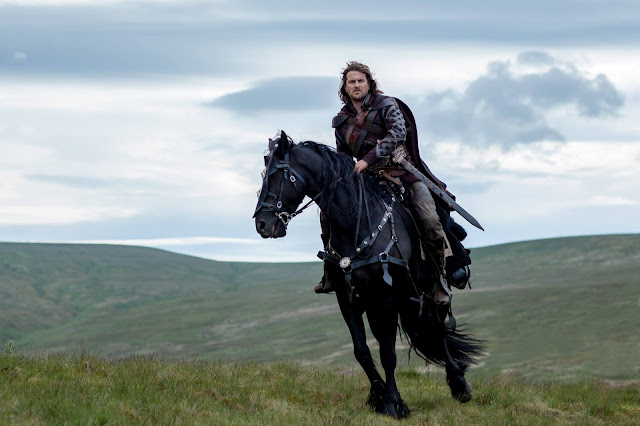