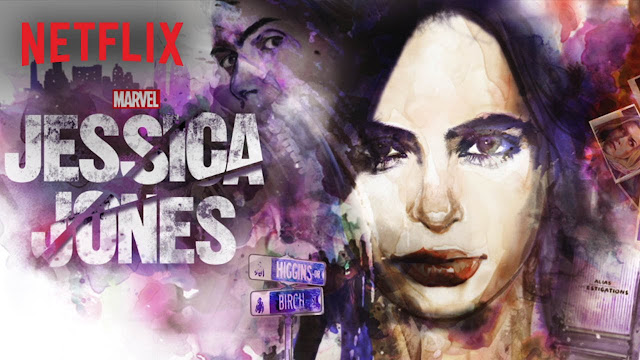 Netflix did what many had expected and renewed 'Jessica Jones' for a second season. The superhero-turned-detective will get another 13-episode season starring Krysten Ritter. The darker themes of Marvel's "street-level" heroes will continue from 'Jones' unique perspective.

All the conversations I wanted to be happening around it are happening,” executive producer and showrunner Melissa Rosenberg told Variety after the show’s release. “There are just these wildly articulate insightful pieces being done about a feminist perspective, a political perspective, at a time where these subjects are getting some attention about women in Hollywood and women in the world, and how we’re portrayed in the media. It’s my life goal to contribute something to the world that hopefully moves it in a positive direction.”


The highly anticipated first season was widely acclaimed and popular among fans.  It was the second of four proposed series that included 'Daredevil,' 'Luke Cage,' and 'Iron Fist' that would culminate in a team-up event called 'The Defenders.' Like 'Daredevil,' 'Jones' has earned another season that will continue to delve deeper into her backstory and lean on the comic books for inspiration.


“I will always use as much as I possibly can from the comic book,” Rosenberg said, noting that they’ll have to allow for deviations given the differences in the mythology between the Marvel comics and ongoing Marvel Cinematic Universe. “The MCU is very different in terms of its mythology. In the books, everyone knows superheroes are walking around, there’s a lot of things building toward Secret Wars. We’re probably not going to be able to do a totally parallel storylines. But I take every little piece I can because it’s so good.”

Rosenberg doesn't know when production will start on season two or if she'll collaborate with the other shows' writers. What we do know is that 'Daredevil' season two begins March 18. 'Luke Cage' will follow and will deal with the emotional aftermath left behind after 'Jessica Jones.' Mike Colter explained to Variety:


“Luke is completely exhausted emotionally — where he goes will be directly related to where he came from… It leaves us in a great position for when we meet again, whether that’s in ‘The Defenders’ or ‘Jessica Jones’ Season 2.”

As for Krysten Ritter, she reveals the mental wounds don't disappear with Kilgrave's death, "For Jessica, that final moment, that victorious triumphant moment, I found that very conflicting in terms of her headspace. He’s the reason why she got up every day. He’s the reason why she went out in the world… it really gave her a purpose, and the past trauma doesn’t go away with his death.”
Email Post
Labels: Jessica Jones Krysten Ritter Netflix Season 2 Television