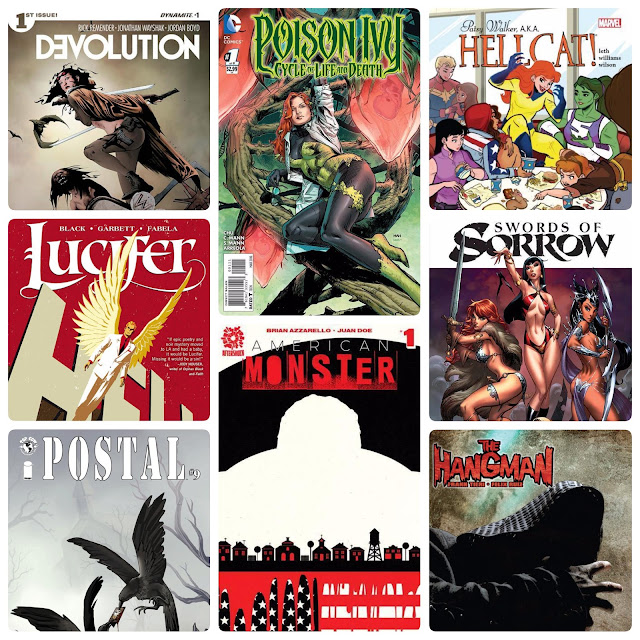 Another great week in comic books is upon us and let's start with some notable debuts. AfterShock Comics releases another great title with a big name attached, 'American Monster' by Brian Azzarello is getting rave reviews out the gate. Another AfterShock book, 'SuperZero' #2 from Jimmy Palmiotti and Amanda Conner arrives today as well. Rick Remender has a winner with 'Devolution' #1 from Dynamite, Amy Chu gives 'Poison Ivy: Cycle of Life and Death' #1 the miniseries she deserves and just in time for its television premiere, 'Lucifer' #1 is out from Holly Black and Lee Garbett. But if you want to sink your teeth into a long quality read, get your hands on 'Swords of Sorrow: The Complete Saga' by Gail Simone and others collects the whole Dynamite crossover event in one giant edition. Check out these other great reads too! 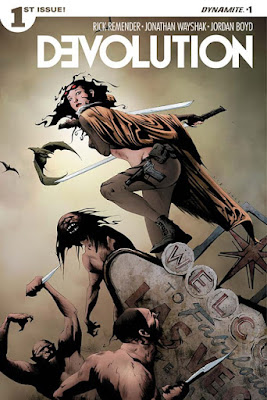 Written by Rick Remender. Art by Jonathan Wayshak. Cover by Jae Lee. Every living creature on Earth has been devolved - the evolutionary clock turned back, reverting all life to odd mutations and prehistoric incarnations. The cities of man are little more than bloody territories ruthlessly dominated by tribal Neanderthals ruling from the backs of mammoths, packs of saber-toothed tigers, and giant man-eating insects. A journey with the last band of 'Still Sapien' humans in the hope of locating an antidote and re-evolving the human race. Cover price $3.99. 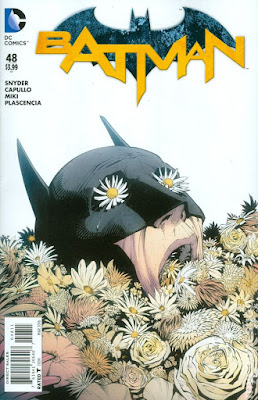 Superheavy: Part 8 of 10 - Written by Scott Snyder. Art and Cover by Greg Capullo and Danny Miki. Mr. Bloom's seeds have grown into an army that may turn all of Gotham City against its new Batman. Meanwhile, Bruce Wayne meets a mysterious stranger who could start a chain of events no one can stop. Cover price $3.99. 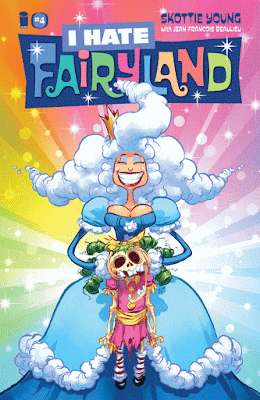 Story, Art and Cover by Skottie Young. Gert finally has a face to face with Queen Cloudia. Will she leave with her face, or will it be blasted off her rotten skull by the Queen? Cover price $3.50. 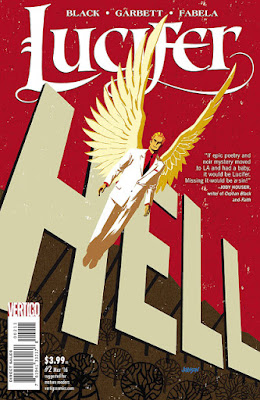 Written by Holly Black. Art by Lee Garbett. Cover by Dave Johnson. Agreeing to team up to find out who killed their Father, Lucifer and Gabriel begin the hunt for clues and suspects. And what better place to search for God's murderer than Lucifer's former realm, Hell? But how will the Lords and Ladies of the Nine Circles respond to the return of their old ruler? Plus, the return of a one-time nemesis of a certain Dreamking. Mature Readers Cover price $3.99. 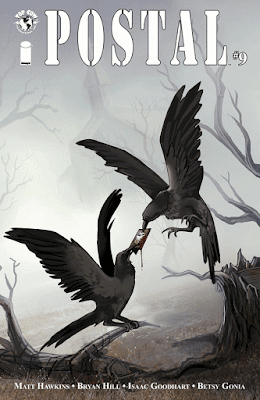 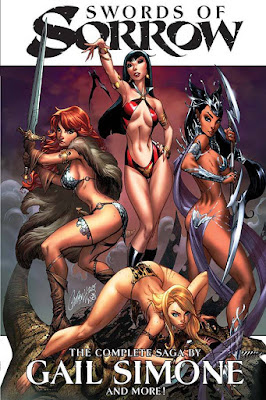 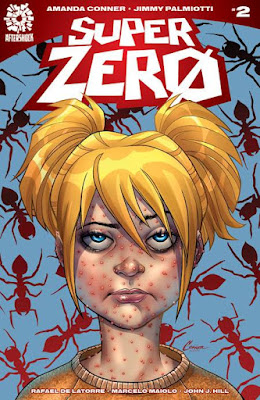 Written by Amanda Conner and Jimmy Palmiotti. Art by Rafael de Latorre. Cover by Amanda Conner. Dru has a surprise guest as her initial plan to become a superhero falls apart and a new plan to radiate some insects is put into effect...and executed to alarming results! Cover price $3.99. 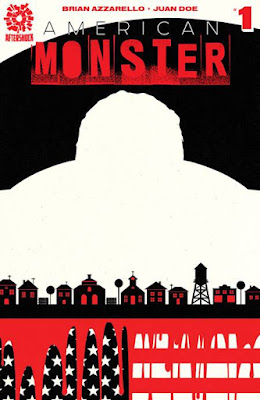 Written by Brian Azzarello. Art and Cover by Juan Doe. In a small Midwestern town, a large man with a horribly scarred face gets off a bus, and takes a room. He spooks the locals--nobody knows him--or do they? It's impossible to say be-cause he seemingly has no face. The man's intentions remain unknown, until he takes on a corrupt sheriff and the rural crew of racist arms dealers. The town's impression of the man changes, and he's seen as a hero…until his real intentions bubble to the surface. The man isn't there to end the gang, but to take it over. And he's just getting started. Cover price $3.99. 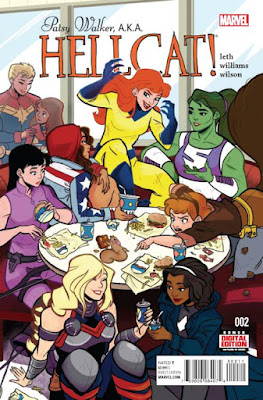 Written by Kate Leth. Art and Cover by Brittney Williams. FRIENDSHIP AND BURGERS! Monsters and rent checks! A ghost from the past with questionable motives! Hellcat has more than enough to deal with as a crime-fighter, why does being Patsy Walker have to be so tough, too? Join us for the comic critics are calling 'available January 2016!' Rated T Cover price $3.99. 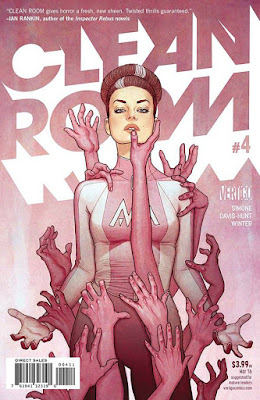 Written by Gail Simone. Art by Jon Davis-Hunt. Cover by Jenny Frison. Astrid finds herself in the unique position of interrogating someone…scratch that…someTHING truly unexpected in the Clean Room, and she may not leave there alive. Meanwhile, Chloe storms off to find another way to take down Astrid and her corporation, only to find her life spiraling farther down the drain…not to mention, something from the Clean Room may have slithered out to follow her home. Mature Readers Cover price $3.99. 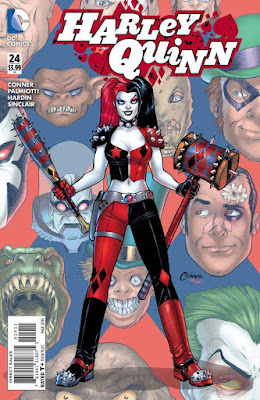 Written by Amanda Conner and Jimmy Palmiotti. Art by Chad Hardin. Cover by Amanda Conner. Harley's got an endangered friend to save, but there's just one problem: she's got to get through Arkham Asylum first! Unsurprisingly, Harley's not eager to set foot in the site of some of her darkest hours…and she definitely isn't ready to face a certain someone who's laughing at the end of a dark hallway… Cover price $3.99. 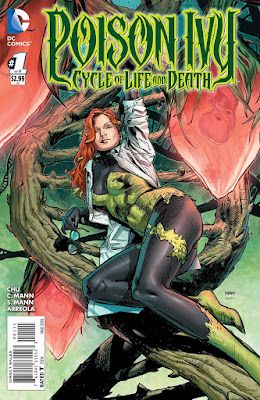 Written by Amy Chu. Art and Cover by Clay Mann. Life. Death. Poison Ivy has power over both. But can she keep her friends and hold down a regular job at the same time? As Dr. Pamela Isley, she joins the prestigious plant sciences department at Gotham Botanical Gardens, but things quickly get complicated when a fellow scientist is murdered and it looks like the work of Ivy. Don't miss the start of this new 6-issue miniseries! Cover price $2.99. 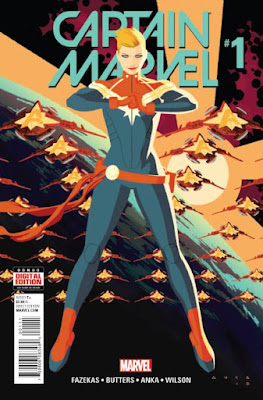 Written by Tara Butters and Michele Fazekas. Art and Cover by Kris Anka. Face front, true believers! The Captain has made her return and oh, how mighty it is. It's a bold new frontier for Carol Danvers as she soars to new heights in her greatest mission yet--leader of the all-new Alpha Flight space program. Yup, Alpha Flight. As earth's first line of defense, Carol and her team aim to protect the planet from extraterrestrial threats. But can Carol be a soldier and a diplomat? Especially when an unknown enemy emerges that Carol can't quite punch. The superstar team behind Marvel's Agent Carter television series, Tara Butters and Michele Fazekas, make their comics debut alongside the awesomely-talented Kris Anka. Rated T+ Cover price $3.99. 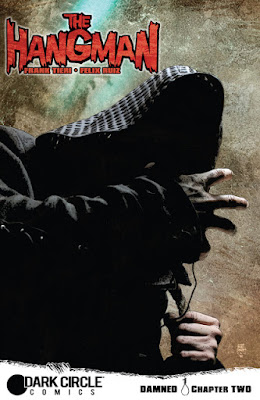 Written by Frank Tieri. Art by Felix Ruiz. Cover by Tim Bradstreet. Join us as we embark on the highway to Hell - and a meet-and-greet with its overlord, the Devil himself! Who will be the one ultimately taking this horrifying trip? Find out as we learn the truth about who and what the Hangman actually is - and the shocking legacy that accompanies him! Cover price $3.99. 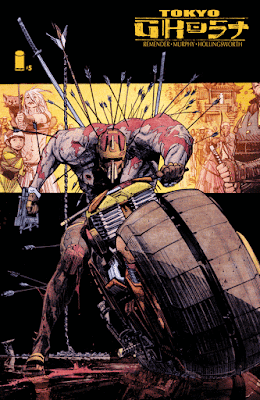 Written by Rick Remender. Art by Sean Murphy. Cover by Sean Murphy and Matt Hollingsworth. As Eden burns around her, Debbie fights to save the man she loves from the monster he's become. Cover price $3.99. 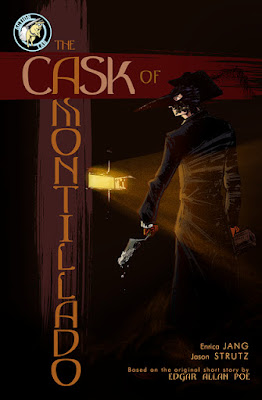 Written by Edgar Allan Poe and Enrica Jang. Art and Cover by Jason Strutz. 'The thousand injuries of Fortunato I had borne as I best could, but when he ventured upon insult, I vowed revenge.' A new adaptation of Edgar Allan Poe's most famous tale of wine, friendship and betrayal. Includes an exciting first look at pages from the upcoming sequel to the Poe classic, The House of Montresor Cover price $3.99.