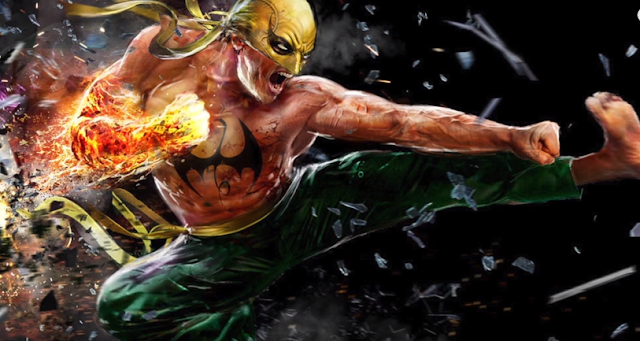 As first reported by That Hashtag Show, it looks like 'Game of Thrones' actor Finn Jones is indeed the titular character for Netflix's 'Iron Fist' Marvel series. Entertainment Weekly is one of the outlets confirming the casting.

Marvel describes the series as follows:

Returning to New York City after being missing for years, Daniel Rand fights against the criminal element corrupting New York City with his incredible kung-fu mastery and ability to summon the awesome power of the fiery Iron Fist. 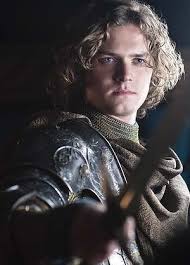 Jones will play Danny Rand who as a young boy traveled to the mystical city of  K’un-L’un. He is eventually adopted by the city’s ruler and taught superior martial arts and the power of the Iron Fist. He later returns to his native New York to begin crime fighting.

No release date has been set for the fourth Netflix/Marvel series however it's speculated to debut in 2017. It'll follow Daredevil (Season 2 premieres March 18), Jessica Jones, and the upcoming Luke Cage. All four heroes are planned to team up Avengers-style in a series called The Defenders. Scott Buck (Dexter) will be the showrunner for Iron Fist.

Jones has also appeared in Hollyoaks, The Last Showing and Sleeping Beauty. He's set to appear in the sixth season of Thrones for HBO.

Despite an online campaign to convince Marvel to consider an Asian-American actor for the role of Danny Rand, using the hashtag #AAIronFist, advocates were disappointed but not entirely surprised. While Rand has historically been white in the comics, the opportunity to not only diversify the Netflix show but replace the "white savior" trope with the empowerment of an Asian-American's own heritage. Fans on twitter took notice of the decision to keep the Marvel status quo.


The responses to those talking about the Iron Fist casting shows how little people care to understand the AAPI experience.
— Jon Tsuei (@jontsuei) February 25, 2016

By the way, WE KNOW IRON FIST'S WHITE IN THE COMICS. Know who else is? Nick Fury, Elektra, Heimdall, Aquaman, Jimmy Olsen... #AAIronFist
— The Nerds of Color (@TheNerdsofColor) February 25, 2016

My point with having an Asian (or, better, a biracial) Danny Rand was not to correct decades of comics Orientalism (though it would help)...
— Marc Bernardin (@marcbernardin) February 25, 2016

An #AsianAmericanIronFist story can be about immigration, assimilation, about finding your way back to a culture you thought you lost...
— Marc Bernardin (@marcbernardin) February 25, 2016

Was the decision to cast Jones as Rand as simple as Marvel choosing to adhere to comic book canon in this instance (Daredevil's Elodie Yung is of Cambodian and French descent plays Elektra Natchios who is traditionally Greek in the comics)? Yes. It's just disappointing that an opportunity was lost to broaden the diversity of the Marvel Cinematic Universe despite many fans of all backgrounds calling for it. As far as people of color who are the lead character in their Marvel production, only Luke Cage (Netflix) and Black Panther (film) are scheduled.