Get the Details on The Return of King Shark, Vixen's Debut, and 2046 Green Arrow 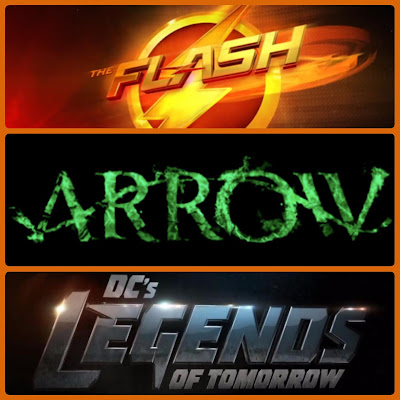 Thanks to the CW, who just released synopses for their DC Comics shows, we now have some more clarity about Diggle visiting Central City, the return of King Shark, Vixen's appearance on Arrow, and the details surrounding Oliver Queen's guest spot on 'Legends of Tomorrow.'

The week of February 22 is going to be a wonderful time for fans of DCTV as King Shark takes center stage on 'The Flash,' the first live-action appearance of Vixen (Megalyn Echikunwoke) on 'Arrow,' and a very different yet familiar Green Arrow (Stephen Amell) is seen when 'Legends of Tomorrow' lands in 2046 Star City.

THE TEAM ENCOUNTERS A VERY DIFFERENT OLIVER QUEEN – When a malfunction sends the Waverider crashing into 2046 Star City, our heroes face a startling version of their own future where they never stop Savage (guest star Casper Crump) and never return home.  The city is in ruins and overrun by criminals, which thrills Rory (Dominic Purcell).  Sara (Caity Lotz) is despondent over the destruction of her home and stunned when she learns what happened to her old friend, Oliver Queen (guest star Stephen Amell).  Steve Shill directed the episode written by Marc Guggenheim & Ray Utarnachitt (#106).  Original airdate 2/25/16.