We’re Liv-ing it up today on DC All Access! In this exclusive #DCTV clip, Tiffany visits the iZombie set and gets the goods on what’s ahead this season from stars Rose McIver, Rahul Kohli, David Anders, Malcolm Goodwin, Robert Buckley and Executive Producer Dan Etheridge. Are you a fan of the show? Then watching this clip is a no-brainer! 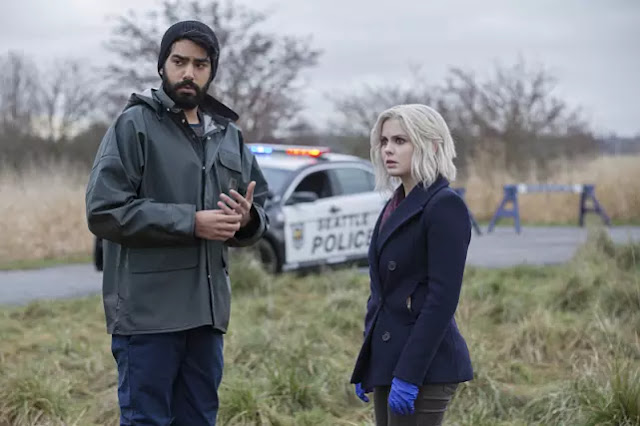 LIV CONSUMES PATHOLOGICAL LIAR BRAIN — Liv (Rose McIver) and Detective Babineaux (Malcolm Goodwin) investigate the murder of Corey “Big Fish” Carp, who they learn got his nickname not because of his last name but because he was a well-known pathological liar. Ravi (Rahul Kohli) makes an unsettling discovery and Blaine (David Anders) is reunited with someone from his past. Meanwhile, Major (Robert Buckley) finds himself in a precarious situation.

Which of the men in Liv's life will be a casualty of the war on zombies? iZombie is new Tuesday at 9/8c on The CW!
Email Post
Labels: CW iZombie preview Television trailer video