Welcome to this week's notable new comic book releases. There's some great new and on-going titles, a lot from indies especially. First, we have to mention the new Power Man and Iron Fist from David Walker and Sanford Greene just in time before they make a splash on Netflix. Tomb Raider is back with Mariko Tamaki and Phillip Sevy. Another Avengers title hits stores, Avengers: Standoff Welcome to Pleasant Hill by Nick Spencer and Mark Bagley. 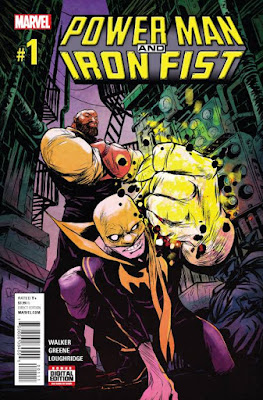 (W) David Walker (A/CA) Sanford Greene
THE ORIGINAL HEROES FOR HIRE, BACK ON THE CLOCK!
We KNOW you've been waiting to see LUKE CAGE and DANNY RAND back together and back to STREET-STOMPING basics! POWER MAN and IRON FIST are tracking a mystery with all the ingredients of a classic Heroes-for-Hire tale. Expect old friends, hired goons, crime lords, weird magic, plenty of power, a flurry of fists and as much bromance as you can handle! It's Power Man and Iron Fist reunited, and writer DAVID WALKER and artist SANFORD GREENE are making it feel so GOOD!
Rated T+ 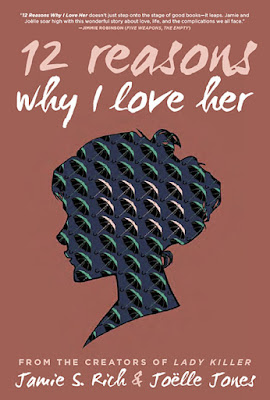 (W) Jamie S. Rich (A/CA) Joëlle Jones
The classic romance from the team behind Lady Killer is back in print with a brand new hardcover edition! Now in a larger size, and featuring excerpts from the original script, this 10-year anniversary edition is perfect for fans of Fresh Romance. Twelve vignettes reveal the story of young couple Gwen and Evan's tumultuous relationship, one small piece at  a time. It all adds up to an unforgettable romance rife with drama, humor, and heart. 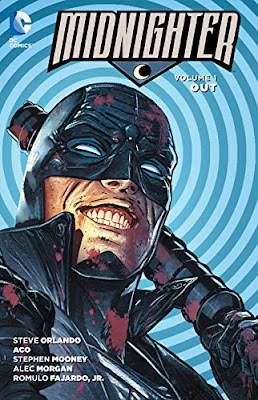 (W) Steve Orlando (A) Aco & Various (CA) Aco
THE FIRST COLLECTION OF THE NEW DC SERIES IS HERE!
Spinning out of GRAYSON comes a solo series starring the man who can predict your every move...but no one will be able to predict what he'll do next! A theft at the God Garden has unleashed a wave of dangerous biotech weapons on the world, and Midnighter intends to put that genie back in the bottle by any means necessary. But something else was stolen from the Garden as well...the secret history of Lucas Trent, the man Midnighter once was! Collects MIDNIGHTER #1-7, plus the Sneak Peek story from CONVERGENCE: NIGHTWING/ORACLE #2. 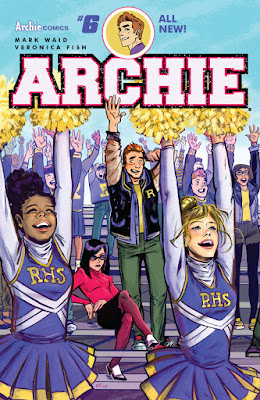 (W) Mark Waid (A) Veronica Fish & Various (CA) Veronica Fish
Archie and Jughead are on the outs with each other, and now Archie has no one to help him against the fury that is Hiram Lodge! Not even Veronica wants to go up against her own father! Rising star comics artist Veronica Fish (Howard the Duck, the Riverdale CW promo image) joins the legendary Mark Waid for another brand new issue of the hit series! 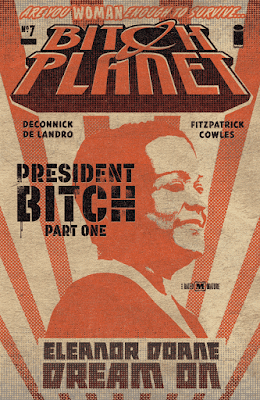 (W) Kelly Sue DeConnick (A/CA) Valentine De
Makoto arrives on Bitch Planet. Whitney has to answer for Meiko's death. Kam gets a new cellmate and a critical clue to the whereabouts of her sister. 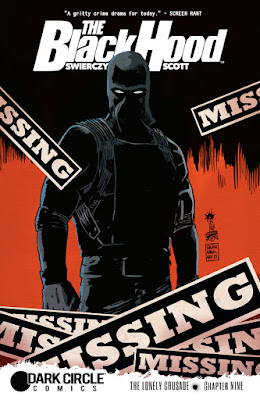 (W) Duane Swierczynski (A) Greg Scott (CA) Francesco Francavilla
"The Lonely Crusade," Part 3. An unlikely ally leads the Black Hood to the Crusaders' secret lair-and what the Hood finds inside will shock you. If you thought the shotgun blast to the face in issue #1 was brutal, steel yourself for the savage hardboiled action of this one, folks. Nobody's going to walk away clean! 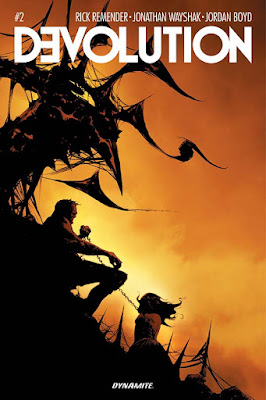 (W) Rick Remender (A) Jonathan Wayshak (CA) Jae Lee
The road to salvation is lined with Nazi hillbillies and Neanderthals. Raja finds that trusting people is a bad idea. Check out the thrilling new series that Rick Remender (Black Science, Deadly Class) describes as "a heavy dose of high-octane action, character drama, a world of strange reverse mutations, and social commentary - as we follow the last tribe of humans inoculated from the devolution agent as they set out on a desperate journey to try to find a way to re-evolve life on Earth." 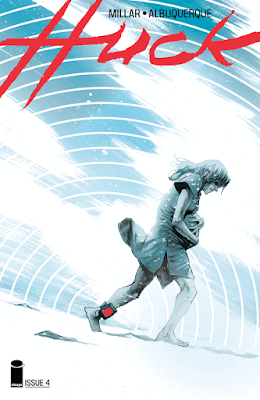 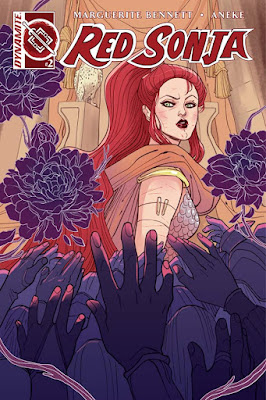 (W) Marguerite Bennett (A) Aneke (CA) Marguerite Sauvage
As her people turn warlike and become more vicious than even their enemies, Red Sonja battles to save Hyrkania from its own army. Racing to the throne, with a price on her head, Sonja finds herself entangled in the charms and wiles of a mysterious and beautiful performer... and when the face of the King is revealed at last, Sonja is captured in intrigues more deadly than any she has known! 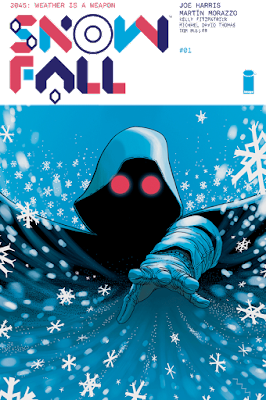 In the year 2045 it no longer snows. A catastrophic crash has left the climate ravaged, society splintered, and the newly-christened "Cooperative States of America" propped up and administered by the powerful Hazeltyne Corporation. Only one man wages an all-out weather war against the system, wielding the forces of nature themselves as weapons. He is the White Wizard. The ghost in the night. Genius. Terrorist. Outlaw. Hero? 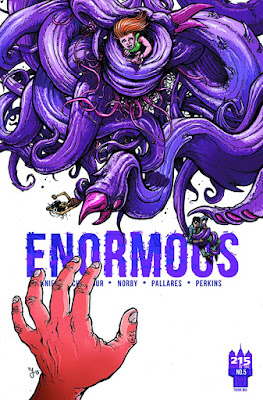 (W) Tim Daniel (A) Mehdi Cheggour (CA) Ryan Lee
James and Allison witness something bigger than big heading their way. In search of the silo, Ellen and DJ are attacked by their ride-along and Selene is forced to make a very costly decision. Maybe the survivors should have never left Phoenix. 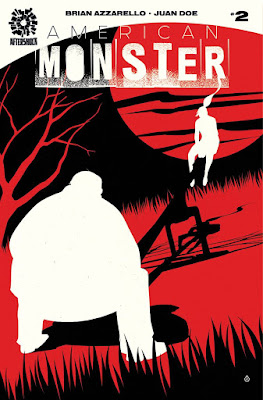 (W) Brian Azzarello (A/CA) Juan Doe
A man's country can be both something to fight for...and to fight against. Just one of many difficult decisions punching Theo Montclair square in the face. Betrayal and rage are just some the easier emotions that Theo will suffer through on his long hard road towards redemption. 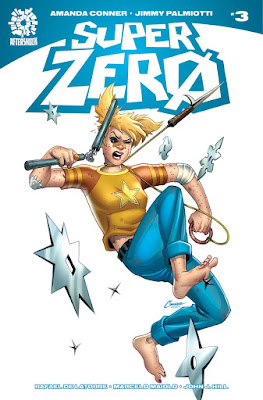 (W) Amanda Conner, Jimmy Palmiotti (A) Rafael de Latorre (CA) Amanda Conner
Dru takes the next step towards her search for super powers.  She trains with her new backyard buddy, Wax, and applies what she learns from him both in and out of the classroom. All this happens while Dru's idea for a Gamma Ray bath is in the early stages of development! 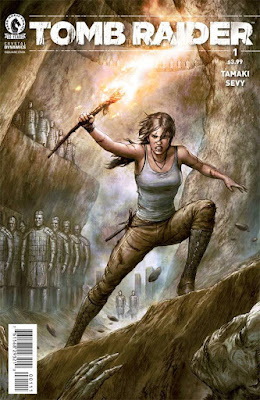 Lara Croft is pursuing a lost truth about the world that just might unlock the secret to defeating death! She becomes entangled in a search for a rare mushroom said to grant immortality and a lethal new enemy that just won't die!

o Continuing where the Rise of the Tomb Raider game left off! 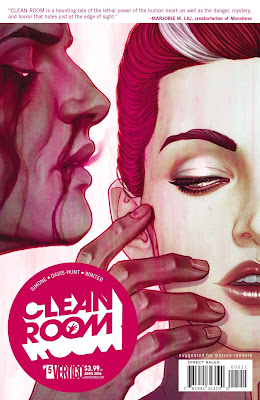 (W) Gail Simone (A) Jon Davis-Hunt, Jenny Frison
Astrid Mueller is scared for the first time as she struggles to tame a Clean Room gone wildly out of control. Meanwhile, her cult followers take the recruitment process to a whole new level. And Chloe faces demons more horrible than even her own hallucinations. 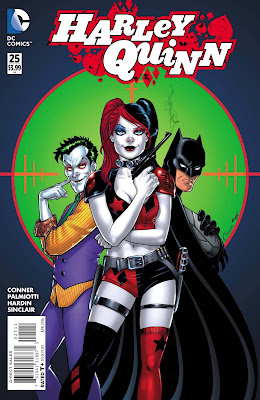 (W) Amanda Conner, Jimmy Palmiotti (A) Chad Hardin (CA) Amanda Conner
At long last, it's Harley Quinn and The Joker, face-to-face! The life of Harley's new love, Mason Macabre, is in the Joker's hands...but can he or Harley survive another round of The Joker's twisted mind games? 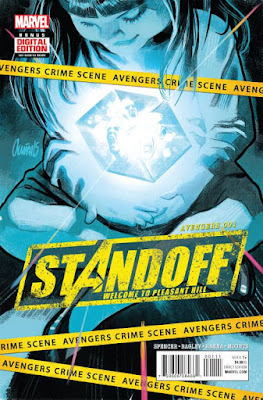 (W) Nick Spencer (A) Mark Bagley (CA) Daniel Acuña
The prelude to the Spring's blockbuster AVENGERS event!
Hello there and welcome, new resident. You've sure made the right choice in moving to Pleasant Hill-- a friendly small town where burdens are lifted and the sun is always bright... so hide your eyes. Don't let it see you looking its way. Hide if you must. Otherwise it will burn right through you. Pleasant Hill is the kind of place where folks look out for one another. Everyone knows who their neighbors are. But who are you, neighbor?
Rated T+ 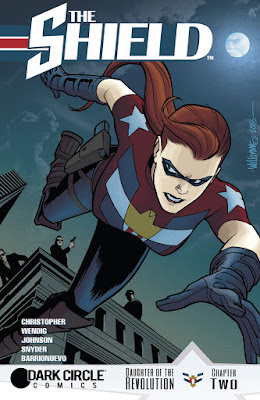 (W) Chuck Wendig, Adam Christopher (A) Drew Johnson (CA) David Williams
"Daughter of the Revolution": Part 2-Running out of places to hide, the Shield discovers she is not without allies. Detective Nicole Simmons seems to know exactly who - and what - the Shield is, but with the enigmatic government agent Walter Chase closing the noose, the pair face two difficult questions: why is the Shield back now, and whose side is she really on? Regular cover by David Williams.