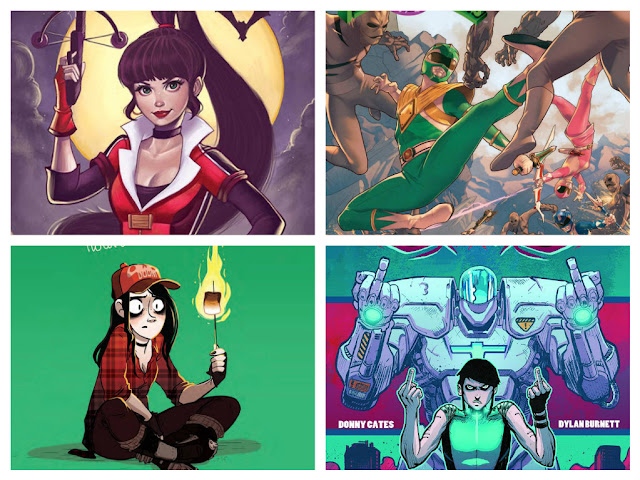 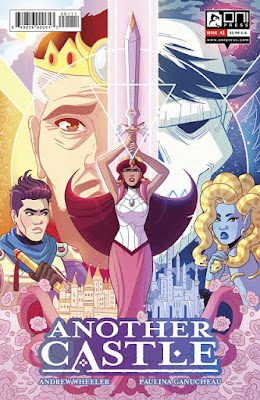 Written by Andrew Wheeler. Art and Cover by Paulina Ganucheau. Princess Misty of Beldora longs for a more exciting life, but gets more than she bargained for when she is captured by Lord Badlug, the ruler of the neighboring kingdom of Grimoire. He intends to marry her and conquer Beldora, leading the land into ruin and chaos. Together with the long-suffering citizens of Grimoire and a certain bumbling prince, Misty must fight to protect her kingdom and free both realms from Badlug's tyrannical rule. Cover price $3.99. 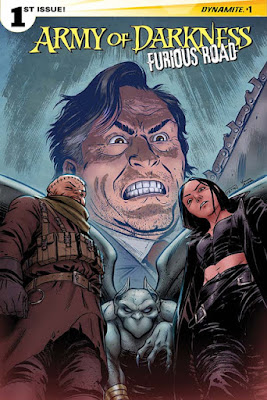 Written by Nancy A. Collins. Art by Kewber Baal. Cover by Tyler Crook. Twenty years from 'now': The Deadites and their Army of Darkness have succeeded in bringing down Western civilization. An unexpected upshot of the demons taking over was supernatural species such as vampires, witches, and werewolves forming an uneasy alliance with humanity in order to survive. The only hope for both mankind and monsters alike is a ritual that will send the Deadites back to the hell that birthed them. But first, a rag-tag crew that includes the Frankenstein Monster and Eva, the Daughter of Dracula, have to track down the fabled spell book known as the Necronomicon Ex-Mortis and deal with its guardian, a certain Ashley 'Ash' Williams. Cover price $3.99. 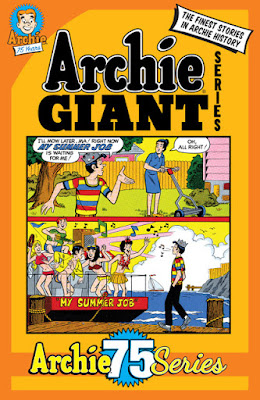 Celebrate the 75th anniversary of Archie Comics with this special retrospective presentation! Starting out as a seasonal magazine, Archie Giant Series evolved into a wide branding for one-shot specials -- a little bit like Pep Digital. Archie Giant Series is a bit of a mysterious entry in the Archie Library -- the numbering goes up to #632, but there are only 332 issues! In this collection, we'll look through the series history and show you some of the highlights. 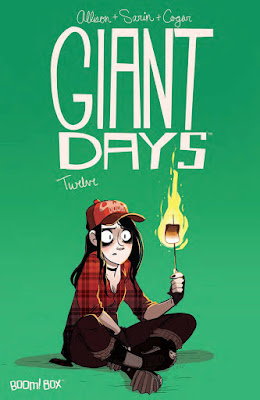 (W) John Allison (A) Max Sarin (CA) Lissa Treiman
When Esther and Susan get mega bummed-out and are feeling non-jazzed about life, Daisy takes them camping up in the peaks to feel better. 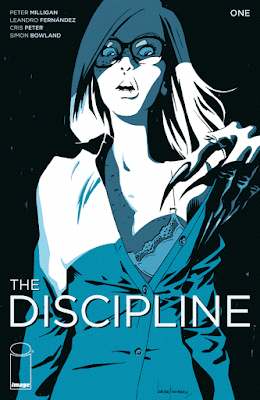 Written by Peter Milligan. Art and Cover by Leandro Fernandez. Between fighting her sister and hating her husband, Melissa still finds time to fall in lust with a stranger who's an awful lot more than he seems. What appears to be a simple seduction is revealed as something much darker and more dangerous. This controversial and erotically-charged tale of sex, death, and metamorphosis begins with an explosion of carnality and weirdness. Rated M Cover price $2.99. 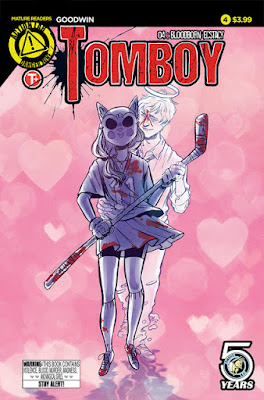 Story and Art by Mia Goodwin. Cover by Fanny Hagdahl Sorebo. Wherever she goes, death is sure to follow. Four months after the funeral of her best friend, Addison has embraced her new life as a vigilante, but trouble is on the horizon as Detective Tico closes in on his suspect and the notorious Irene Trent finally steps out of the shadows. Cover price $3.99. 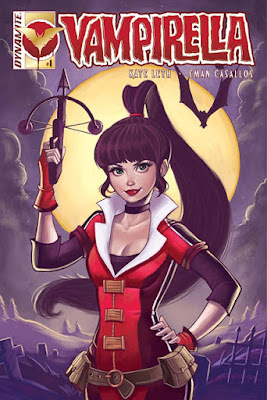 Written by Kate Leth. Art by Eman Casallos. Cover by Chrissie Zullo. Vampirella takes Hollywood in this new adventure of the classic demon-hunting, monster-slaying, thrill-seeking vampire queen. When her stately manor is attacked, she begins to unravel a plot as old as the silver screen, discovering what monsters really lurk in the shadows of the City of Angels. Cover price $3.99. 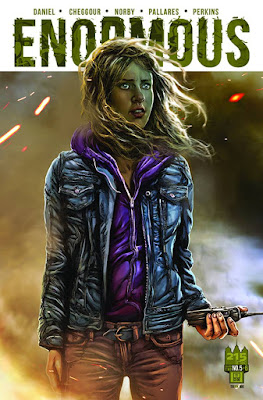 (W) Tim Daniel (A/CA) Mehdi Cheggour
James and Allison witness something bigger than big heading their way. In search of the silo, Ellen and DJ are attacked by their ride-along and Selene is forced to make a very costly decision. Maybe the survivors should have never left Phoenix. 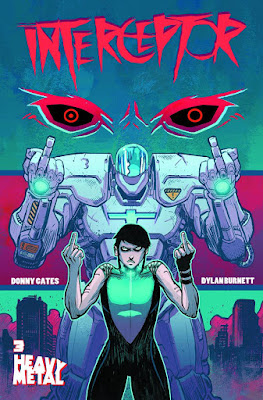 Written by Donny Cates. Art and Cover by Dylan Burnett. A comic about space vampires and mech suits with an all-female cast. Billions of light years from home, marooned on a planet full of vampires, outgunned, outmanned, and backed only by a ragtag team of human rebels made up of untrained farmers and children…what's a girl to do? While our heroine Poli doesn't know for sure, beating the living crap out of a cocky vampire sheriff for information seems like a great place to start! Cover price $3.99. 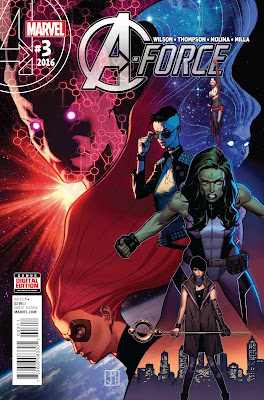 Written by G. Willow Wilson and Kelly Thompson. Art and Cover by Jorge Molina. As Antimatter grows increasingly dangerous, SHE-HULK, CAPTAIN MARVEL, MEDUSA, DAZZLER and NICO MINORU must put aside their differences and learn to become a real team - the team Singularity knows they can be - before it's too late. When a desperate battle in space with Antimatter goes awry it may be the death of one of them, just as this new team is beginning to find its way. Meanwhile Tempest Bell's analysis of Antimatter may not bode well for the future of A-Force. Rated T+ Cover price $3.99. 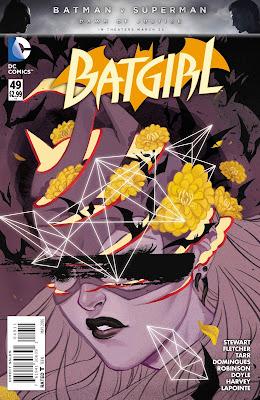 Written by Cameron Stewart and Brendan Fletcher. Art and Cover by Babs Tarr. To unravel the secret of Batgirl's bizarre new nemesis, her friends must travel to strange and uncharted territory: the inside of Barbara Gordon's spectacular mind! Cover price $2.99. 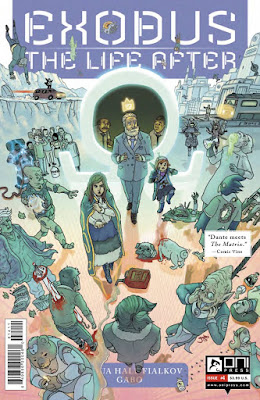 Written by Joshua Hale Fialkov. Art and Cover by Gabo. The Lord Himself has taken a leave of absence, and put Ernest Hemingway in charge. Will he be a righteous god or a righteous jerk? Cover price $3.99. 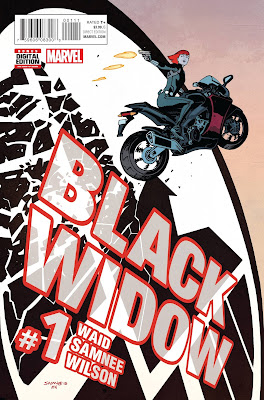 Written by Chris Samnee and Mark Waid. Art and Cover by Chris Samnee. S.H.I.E.L.D.'S MOST WANTED! The Eisner Award-winning team of Mark Waid and Chris Samnee are taking Black Widow on the lam! Natasha has spent years gathering secrets, and when some of the darkest ones begin mysteriously going public, no one is safe. With her betrayed former confederates at S.H.I.E.L.D. on her heels and a lifetime of training and ingenuity at her disposal, Natasha's out for answers in a knock-down-drag-out tale of action and espionage! Hidden enemies, old friends and unusual allies collide, and all eyes are on Black Widow. The chase is on! Rated T+ Cover price $3.99. 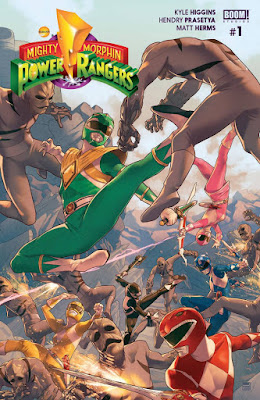 Written by Kyle Higgins. Art by Hendry Prasetyo. Cover by Sanford Greene. This is Green Ranger Year One! The Green Ranger's addition to the team has brought new instability and uncertainty to the Rangers. With remnants of Rita Repulsa's control still stirring in the back of Tommy's mind, he must confront the fact he may be more of a danger to his new team than a help. As Rita plays the heroes against each other, her ultimate plan begins to take form, and vengeance for the Green Ranger's betrayal will be unleashed on Angel Grove. Also featuring a Bulk & Skull short story by Steve Orlando (Midnighter) and artist Corin Howell that puts the pair on the ultimate mission to impress Kimberly and Trini! Cover price $3.99. 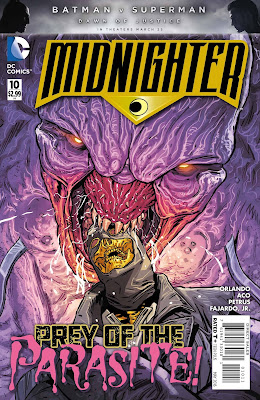 Written by Steve Orlando. Art and Cover by Aco. It's Midnighter versus the Suicide Squad, round two-unfortunately, Parasite came very, very prepared! Have they found a way to set a trap from which Midnighter can't think his way out? Cover price $2.99. 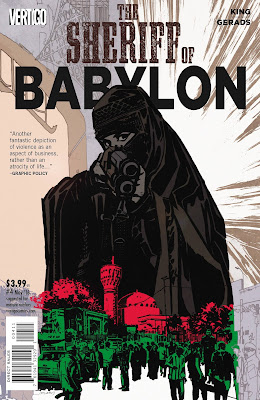 Written by Tom King. Art by Mitch Gerads. Cover by John Paul Leon. The danger is mounting, but Chris is no closer to finding out who killed his trainee than he was when this whole mess started. After their enemies make attempts on the lives of Nassir and his wife, the Iraqi couple seeks asylum in Chris's barracks, leading to a gathering of all the principle players when Sofia arrives to tell Chris a shocking secret. Cover price $3.99. 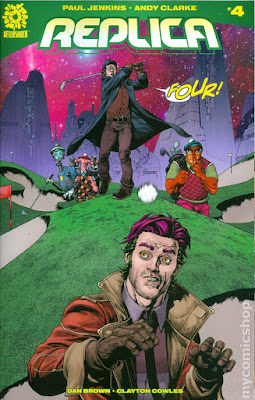 Written by Paul Jenkins. Art and Cover by Andy Clarke. Meet Clone Number Four - the epitome of everything good that Trevor is not. In which the mystery of an intergalactic murder conspiracy perpetrated by the dastardly Scarlet Empire thickens. In which Detective Trevor Carter of Earth visits a bulk discount therapist and learns about the combustibility of an entire species. In which Lieutenant Vorgas of the Shadarr demonstrates once and for all that he is an idiot of the highest order. And in which a lot of things explode. Not on purpose of course... Cover price $3.99. 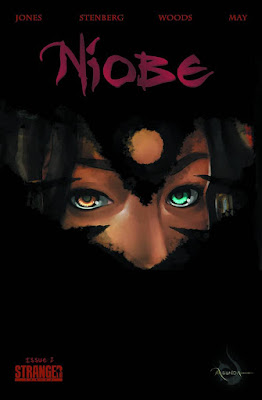 Written by Sebastian A. Jones and Amandla Stenberg. Art and Cover by Ashley A. Woods. After fleeing the vampire lord, Essessa, Niobe arrives at the sacred Elven grounds of her ancestors, but she finds no welcome from her kind. She does, however, meet a fellow outcast in a half Orc boy who is accused of murder. But Niobe's quest to prove his innocence may expose her own past sins. Cover price $3.99.