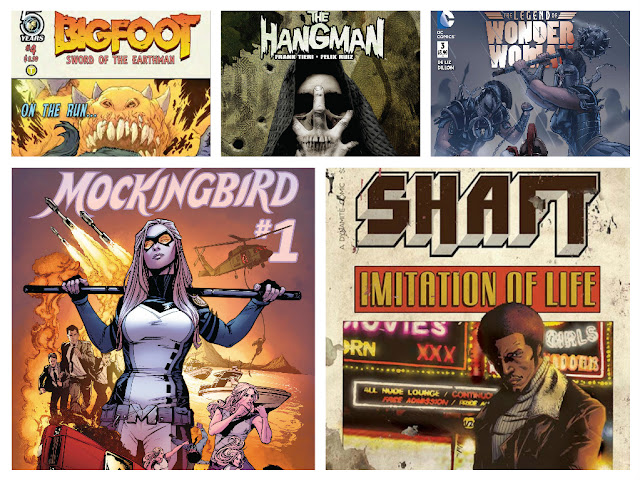 This week's batch of notable new releases is a little shorter than usual but by no means indicative of all the great titles still available. The only debut on the list today is Mockingbird #1 by Chelsea Cain and Kate Niemczyk. Must-have trades include the first volumes of  Archie and Tokyo Ghost. They're starkly different, all-ages to more mature readers but definitely outstanding in thier own rights. Some great on-going titles this week include Descender, The Hangman, Shaft: Imitation of Life, Leaving Megaopolis/Surviving Megaopolis, Ms. Marvel, The Legend of Wonder Woman and more! Happy reading! 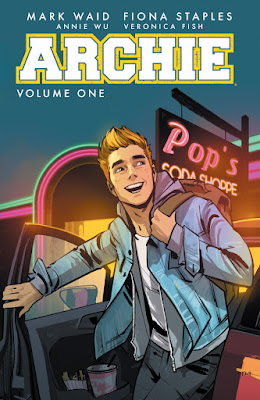 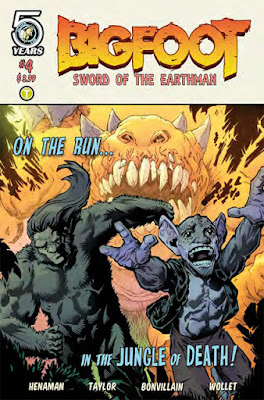 (W) Josh S. Henaman (A) Andy Taylor, Tamra Bonvillain (CA) Dave Hamann, Jules Rivera
Bigfoot and Bagworm find themselves lost in the Jungle of Death and in the crosshairs of the galaxy's deadliest poacher, Leonnes the Unrelenting!  More importantly, Bagworm discovers WHY Bigfoot was brought to the alien planet... and why he must be stopped at all costs! Variant cover by Liam Francis Walsh, limited to 1,500 copies! 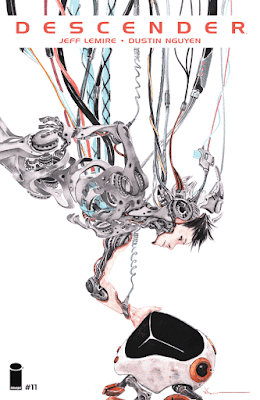 TIM-21 discovers the secret at the heart of the Robot Resistance and it will change the course of his quest forever. 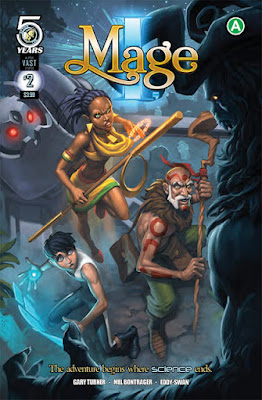 (W) Gary Turner (A) Mel Bontrager (CA) David Strauss, Eddy Swan
Into a realm of magic and savagery comes a mysterious boy washed ashore. His is a lone survivor. Befriended by an apprentice magi, her quirky mentor, and a metal golem, together they are Kai's only hope to stay alive long enough for rescue. Prepare yourself for a d20 RPG adventure with an all new twist.  Variant cover limited to 1,500 copies! 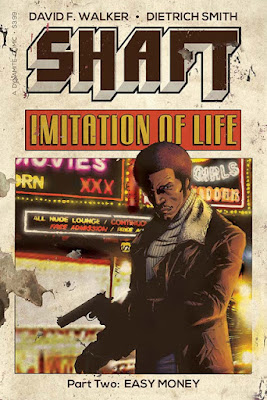 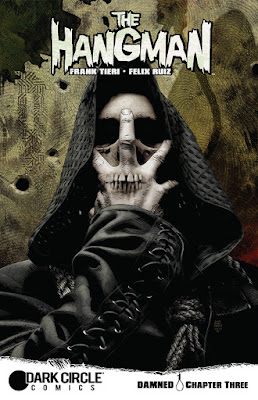 (W) Frank Tieri (A) Felix Ruiz (CA) Tim Bradstreet
"Damned," Part 3. From the very depths of Hell, a new Hangman arises! Can this newest incarnation of the urban legend do what it takes to save his soul-or will be walk the Earth forever unredeemed? He will if the demon Azmodeus has anything to say about it! 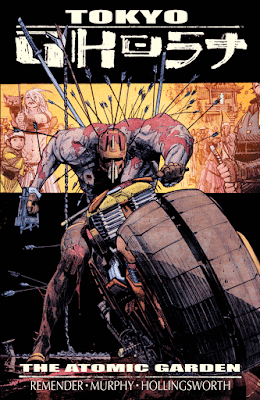 (W) Rick Remender (A/CA) Sean Murphy
SPECIAL LOW INTRODUCTORY PRICE OF $9.99
The Isles of Los Angeles 2089: humanity is addicted to technology. Getting a virtual buzz is the only thing left to live for, and gangsters run it all. Who do these gangsters turn to when they need their rule enforced? Constables Led Dent and Debbie Decay are about to be given a job that will force them out of the familiar squalor of LA and into the last tech-less country on Earth: The Garden Nation of Tokyo. 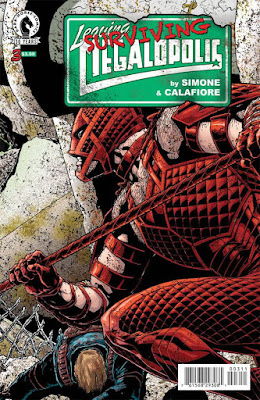 (W) Gail Simone (A/CA) Jim Calafiore
One of the great mysteries of the event that destroyed America's greatest city and turned its greatest heroes into savage hunters of humanity has been "Where are the supervillains?" Where did they go, and what have they been up to? This issue, we find out where all the bad guys went before the good guys made them obsolete! The intense horror/hero story continues as the tension escalates! 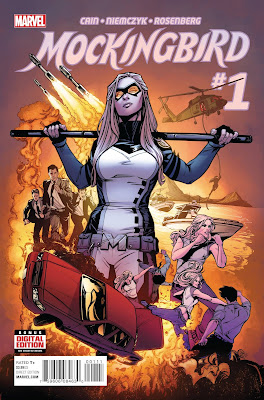 (W) Chelsea Cain (A) Kate Niemczyk (CA) Joëlle Jones
BECAUSE YOU DEMANDED IT! Now in her own ongoing series!
Bobbi Morse is Mockingbird, S.H.I.E.L.D.'s most versatile, most in-demand agent!
But a string of missions gone wrong indicate that something strange is lurking within S.H.I.E.L.D.'s own medical and recovery network. How far will Mockingbird have to go in order to solve this puzzle box and get to the truth? Bestselling author Chelsea Cain teams with newcomer Kate Niemczyk.
Rated T+ 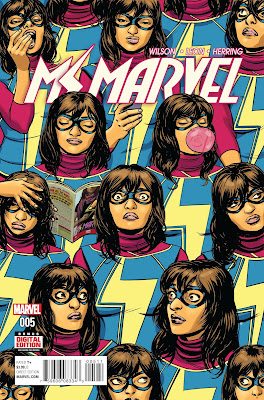 (W) G. Willow Wilson (A) Nico Leon (CA) David Lopez
TOO MUCH OF A GOOD THING
•  Unjustly ousted from the Avengers. Flunking advanced physics. Getting beat by B-team bad guys. Life is a mess for Ms. Marvel.
•  Fed up with failing, Kamala teams up with her old buddy Bruno and creates her own Militia of Ms. Marvel Automatons to help her fight crime and things are finally coming up Kamala again.
•  But is the world ready for this much Ms. Marvel?
Rated T+ 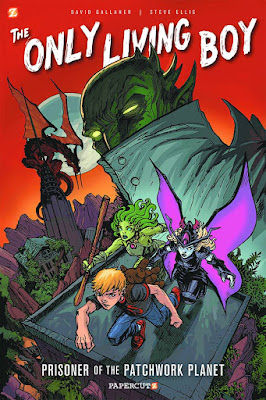 (W) David Gallaher (A/CA) Steve Ellis
If you were the only living boy on the planet, what would you do? When 12-year old Erik Farrell runs away from home, he finds himself without his memory, stranded on a patchwork planet with danger lurking around every corner. Now every day is a struggle to survive. Luckily, Erik quickly makes friends like Morgan, a mermaid warrior and Thea, a teenage princess from a mysterious insect race. He'll need their help to escape the Dreaded Lord Baalikar and the evil Doctor Once and maybe, one day, find his way back home. Available in Softcover and Hardcover editions. 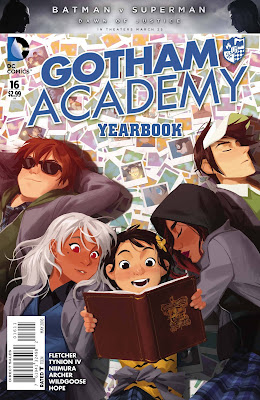 (W) Brendan Fletcher & Various (A) Adam Archer & Various (CA) Mingjue Helen Chen
It's "Yearbook" part 3! As Olive and the gang continue to help Maps with her yearbook project, they recall some of the crazier escapades from the past year! Including stories from writer James Tynion IV (BATMAN & ROBIN ETERNAL, CONSTANTINE: THE HELLBLAZER) and artists Christian Wildgoose (VERTIGO CMYK) and Ken Niimura (I Kill Giants)! 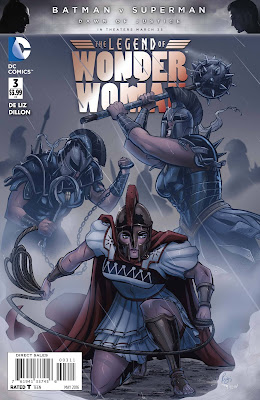 (W) Renae De (A) Renae De, Ray Dillon (CA) Renae De
Themyscira comes alive with the sounds of Amazons on the hunt. Will they find their prey before Diana has a chance to rescue the outsider who fell from the sky? Hippolyta stands against her foes, and announces a tournament that will change Themyscira forever as the fate of the mysterious stranger hangs in the balance.