It's An All Out Mutant War in This 'X-Men: Apocalypse' Final Trailer 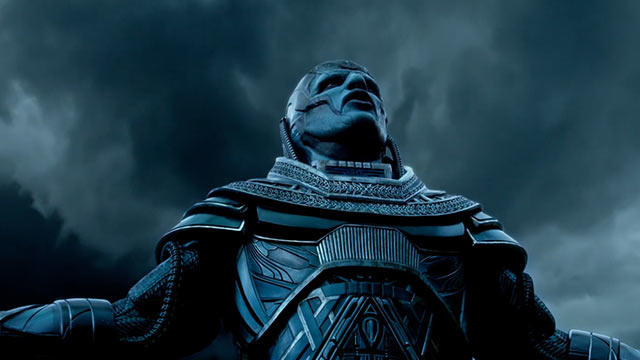 If you had any reservations about Bryan Singer's latest mutant epic then take a look at the wall-to-wall action and destruction of the final 'X-Men: Apocalypse' trailer. It's the best preview yet of what to expect from Apocalypse and his Four Horsemen against Mystique's young mutant heroes.

If you were rattled by all the destruction of 'Age of Ultron,' or 'Man of Steel,' you may want to divert your eyes and prepare that think piece because 'Apocalypse' lives up to the name as the end of times is nigh. Despite all the hype surrounding Marvel's 'Captain America: Civil War' opening three weeks before 'Apocalypse,' 20th Century Fox will not be ignored and is making a push to stay on movie goers radar.

If this exciting trailer doesn't get you pumped, especially with a brief appearance of Wolverine's claws then nothing will. Whatever happens to the franchise after this is anyone's guess but they sure are going out with a bang.


Following the critically acclaimed global smash hit X-Men: Days of Future Past, director Bryan Singer returns with X-MEN: APOCALYPSE. Since the dawn of civilization, he was worshipped as a god. Apocalypse, the first and most powerful mutant from Marvel’s X-Men universe, amassed the powers of many other mutants, becoming immortal and invincible.

Upon awakening after thousands of years, he is disillusioned with the world as he finds it and recruits a team of powerful mutants, including a disheartened Magneto (Michael Fassbender), to cleanse mankind and create a new world order, over which he will reign. As the fate of the Earth hangs in the balance, Raven (Jennifer Lawrence) with the help of Professor X (James McAvoy) must lead a team of young X-Men to stop their greatest nemesis and save mankind from complete destruction.