The Best in Comics: See All the 2016 Eisner Award Nominees 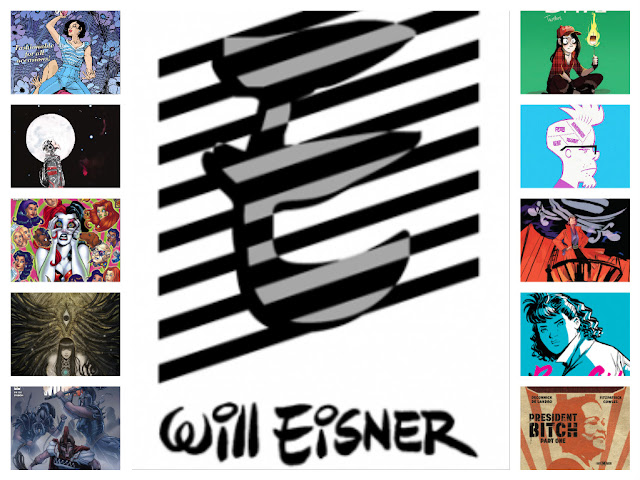 The 2016 Will Eisner Award nominees have been announced and it's a diverse collection of excellent and deserving comic book creators. Independent publishers like Fantagraphics and Image lead the pack of nominees with 17 and 14 nominations respectively while the Big Two, Marvel and DC Comics, have 10 combined.

Few books had multiple nominations this year as the jury decided to spread the wealth. Monkeybrain’s Bandette, Top Shelf’s March: Book Two, Ed Piskor’s Hip-Hop Family Tree, and Fantagraphics' The Eternaut each earned three nominations. More importantly, women saw an increase in nominations from 44 last year to 61 this year. They were nominated in almost all categories and outnumbered their male counterparts in some categories.

Take a look at all the categories below and see if your favorite writer, artist, book, etc were nominated this year. Winners will be announced during this year's San Diego Comic-Con.

“Black Death in America,” by Tom King and John Paul Leon, in Vertigo Quarterly: Black (Vertigo/DC)
“Hand Me Down,” by Kristyna Baczynski, in 24 x 7 (Fanfare Presents)
“It’s Going to Be Okay,” by Matthew Inman, in The Oatmeal, theoatmeal.com/comics/plane
“Killing and Dying,” by Adrian Tomine, in Optic Nerve #14 (Drawn & Quarterly)
“Lion and Mouse,” by R. Sikoryak, in Fable Comics (First Second)

Best Adaptation from Another Medium

Harvey Kurtzman: The Man Who Created Mad and Revolutionized Humor in America, by Bill Schelly (Fantagraphics)
King of the Comics: One Hundred Years of King Features Syndicate, edited by Dean Mullaney (IDW/LOAC)
Only What’s Necessary: Charles M. Schulz and the Art of Peanuts, by Chip Kidd and Geoff Spear (Abrams ComicArts)
Out of Line: The Art of Jules Feiffer, by Martha Fay (Abrams ComicArts)
Will Eisner: Champion of the Graphic Novel, by Paul Levitz (Abrams ComicArts)