It's New Comic Book Day and there's plenty to choose from. Horror, all-ages, sci-fi, and the return of Saturday morning cartoon classics in the form of DC Comics' 'Future Quest' #1 by Jeff Parker, Doc Shaner and others. It features all new adventures from Hanna-Barbara's stable of characters like Jonny Quest, Space Ghost, Birdman, and many more. 'Chilling Advertures of Sabrina' is back with issue #5, 'Lazarus: The Second Collection' and 'Zodiac Starforce: By the Power of Astra' are collections worth grabbing. Take a look at this week's recommendations. Happy reading! 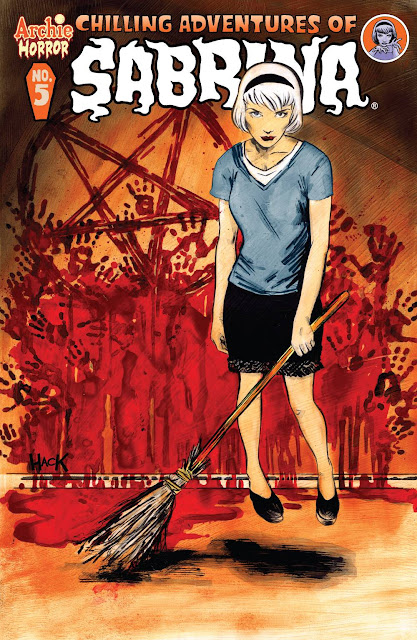 (W) Roberto Aguirre Sacasa (A) Robert Hack, Jack Morelli (CA) Robert Hack
Sabrina has to face the Witches Council for an accusation of conspiring with a mortal against the Church of Night. It will take a series of unnatural tests to prove her innocence, but none of it will bring her beloved Harvey back. She'll have to take matters into her own hands to find Harvey's missing soul. Recruiting two other young witches (from a neighboring coven), Sabrina holds a séance, but as ever, Madame Satan is pulling the strings behind the scenes, and what Sabrina taps into is much more dangerous - and diabolical. And will send our beloved teen witch on an epic quest. For TEEN+ readers.
Item Code: MAR161081In Shops: 5/18/2016 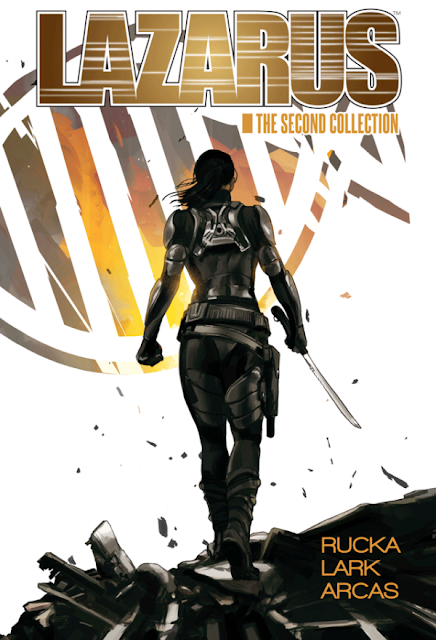 (W) Greg Rucka (A) Michael Lark and Various (CA) Owen Freeman
Sixteen Families have gathered together in the exclusive luxury confines of Triton One to resolve the emerging conflict between Carlyle and Hock, and they've brought their Lazari with them. While Forever's romance with the Morray Lazarus, Joacquim, continues to blossom, she finds herself not only questioning her identity, but also her loyalty to her Family and father. Deception and war go hand in hand, culminating in a final revelation that will truly change everything for Forever Carlyle.

"Rucka's storytelling is comprehensive, weaving sociopolitical rhetoric and class structure to an extent seldom seen in the medium... Each page turn is cinematic."-Booklist 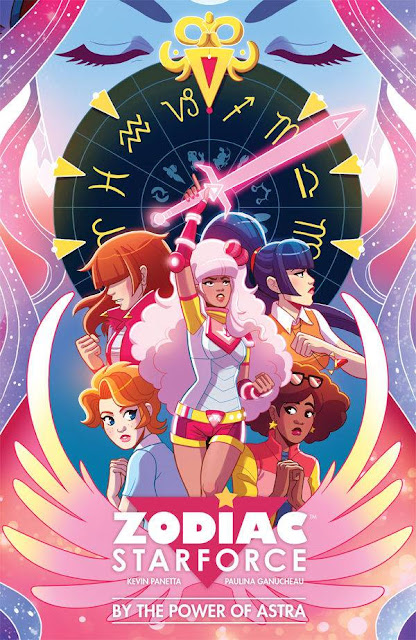 (W) Kevin Panetta (A/CA) Paulina Ganucheau
An elite group of teenage girls with magical powers have sworn to protect our planet against dark creatures . . . as long as they can get out of class! Known as the Zodiac Starforce, these high-school girls aren't just combating math tests. They're also battling monsters! But when an evil force infects leader Emma, she must work with her team to save herself-and the world-from the evil Diana and her mean-girl minions! Collects Zodiac Starforce #1-#4. 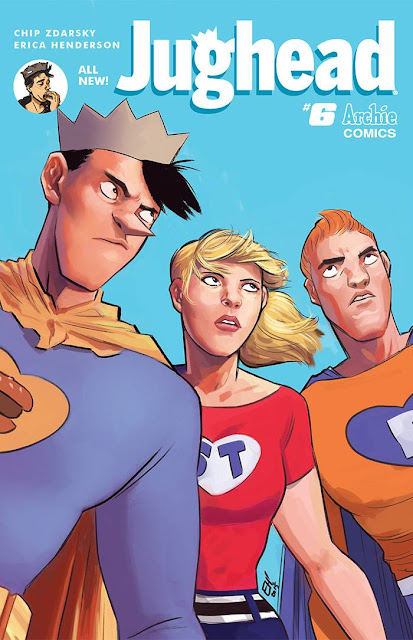 (W) Chip Zdarsky (A/CA) Erica Henderson
The time has come. It's Jughead Vs. Principal Stanger: The Final Showdown! With the whole gang at his side, Jughead puts it all on the line: Either Stanger goes, or Jughead does! You won't want to miss this!
Item Code: FEB161132In Shops: 5/18/2016SRP: $3.99 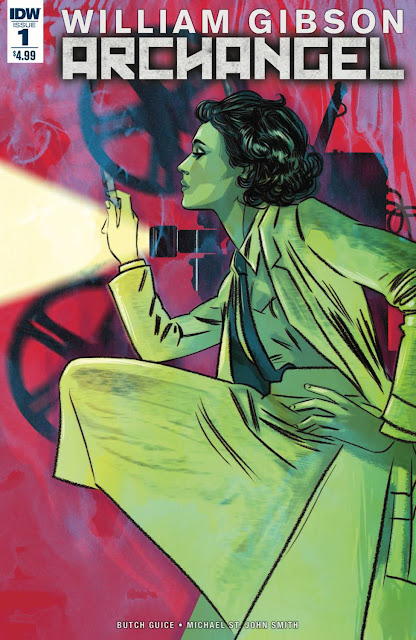 (W) William Gibson (A) Butch Guice (CA) Tula Lotay
Science Fiction Superstar William Gibson comes to comics! The U.S. political leaders of 2016 abandon the radioactive planet they've destroyed and harness the power of humanity's last hope: The Splitter, a colossal machine designed to manufacture a bright new reality for them to infiltrate and corrupt.
•  William Gibson, author of Neuromancer and one of the most influential science fiction writers of the last 30 years, makes his comic book debut with this all-new, original story!
•  Joining Mr. Gibson for this comic book event are fan-favorite artists Butch Guice (interiors) and Tula Lotay (covers)!
•  If you try one new book this month...This. Is. It!
Item Code: MAR160379 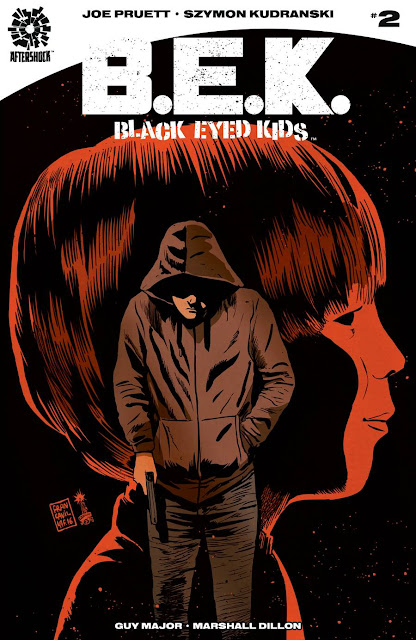 (W) Joe Pruett (A) Szymon Kudranski (CA) Francesco Francavilla
The nightmare continues in the aftermath of last issue's shocking ending! They have come. They are death. They are not alone. Who are the mysterious Black-eyed Children and what is their sinister secret? Meredith Williams is a small-time author, content with her small-time fame. Jim Loudin is a pawn store owner who's entire family is either missing or dead. Two common people, strangers to one another, whose lives will never be the same. The BEK will see to that. 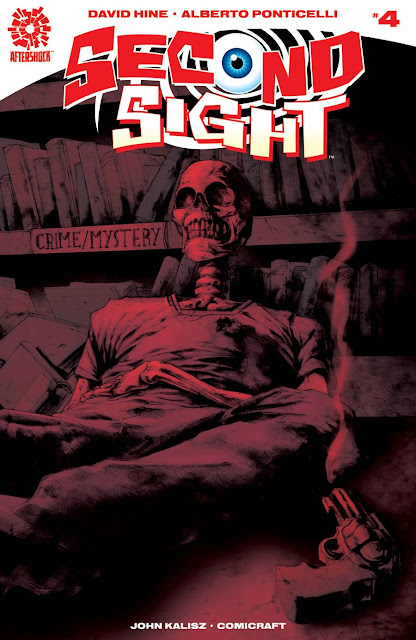 (W) David Hine (A/CA) Alberto Ponticelli
History repeats itself as Ray Pilgrim finds himself at a murder scene with blood on his hands. He's losing control and the people closest to him could be the next to die. This supernatural thriller from Aftershock heats up with this issue! 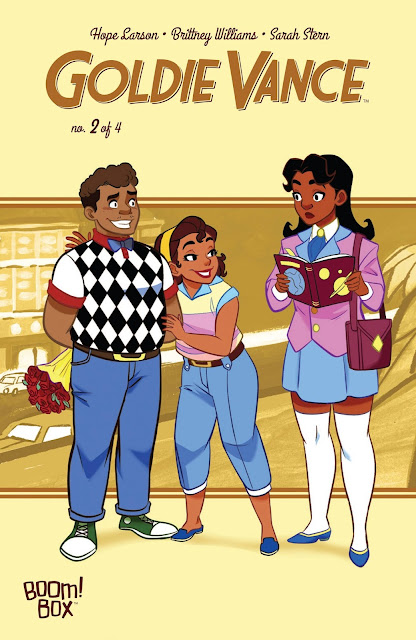 (W) Hope Larson (A/CA) Brittney Williams
A Russian candy wrapper and a two-dollar bill send Goldie on a search for a missing guest. 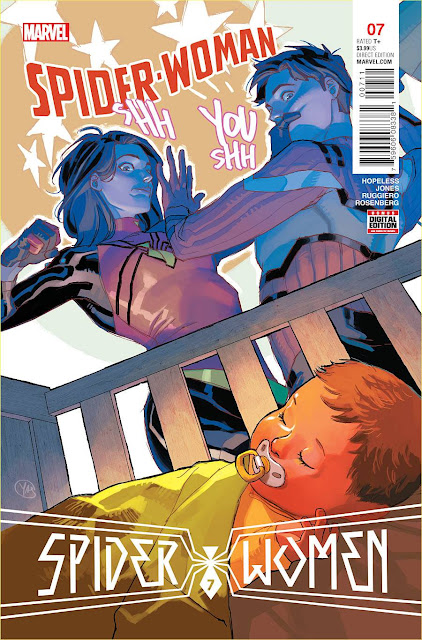 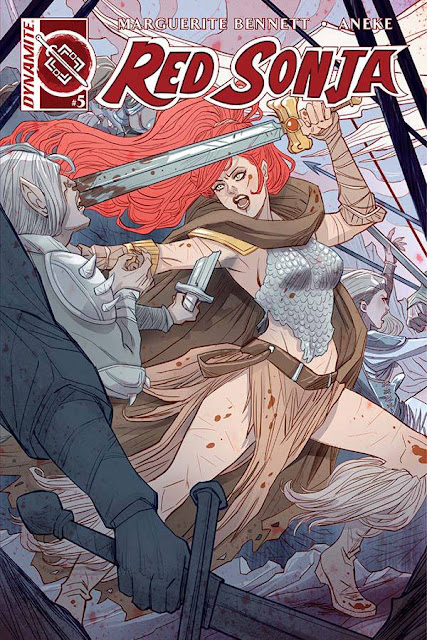 (W) Marguerite Bennett (A) Aneke, Diego Galindo (CA) Marguerite Sauvage
Hyrkania explodes into civil war - with Sonja leading the rebellion against the king she once loved! King Savas imprisons Midyan in his lair as the desperate rebels hunt for a creature out of legend to come to their aid... 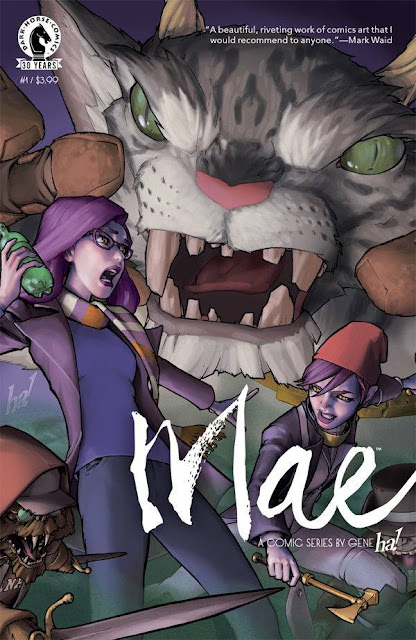 (W/A/CA) Gene Ha
When she was just a girl, Abbie discovered a portal to a fantasy world and for the last couple of years has been having great adventures there: defeating horrible monsters, power-mad scientists, and evil nobles. She was a celebrated action hero! But when she turned twenty-one it all came apart and she decided to return home. Her sister, Mae, has had no idea what happened to Abbie all this time. Her tales are too hard to believe; that is, until the monsters and other terrible creatures start to cross over to our world . . . 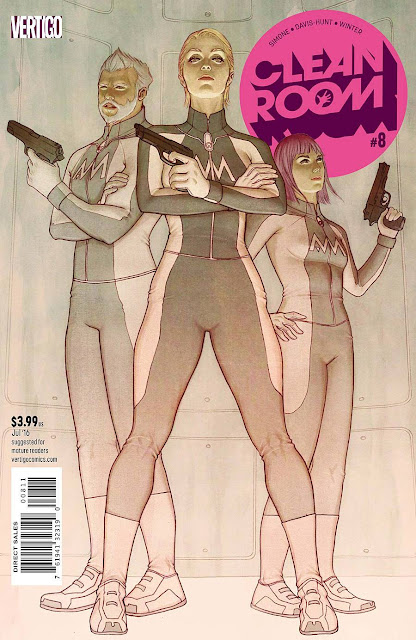 (W) Gail Simone (A) Jon Davis-Hunt, Jenny Frison
Shocking news comes from on high concerning the seemingly indestructible Astrid Mueller...and Chloe meets with Detective Avil Demakos as they dig deeper into the deadly mysteries of the Clean Room. The second arc of this hit series starts with a bang. 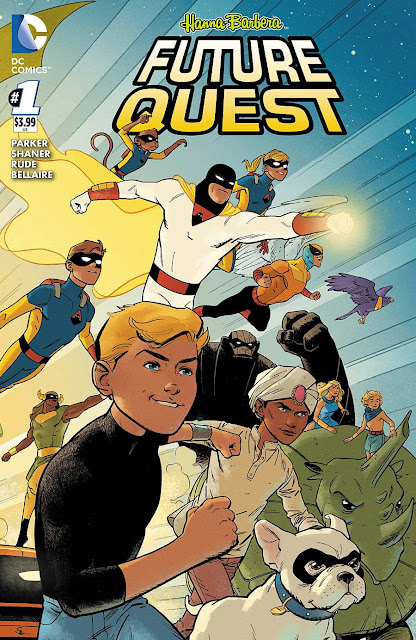 (W) Jeff Parker (A/CA) Evan Shaner
When the adventurous and inquisitive Jonny Quest and his adoptive brother Hadji make a startling discovery in the swamplands of Florida, they are pulled into an epic struggle between the Space Rangers and a dangerous villain who threatens the galaxy. Now it's up to the combined forces of Team Quest, Inter-Nation Security, Space Ghost, and a host of Hanna-Barbera's greatest action heroes to stop him and save their universe!
Don't miss the start of this new, monthly series that features character designs by comics superstar Darwyn Cooke and kicks off with an extra-sized story and a wraparound cover! 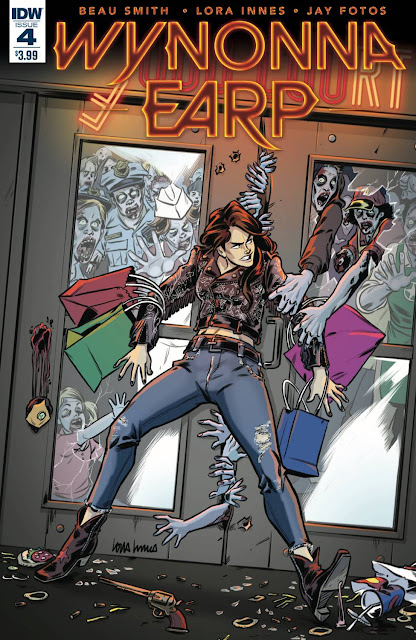 (W) Beau Smith (A/CA) Lora Innes
An Ex-Black Badge Division scientist has gone rogue... and only Wynonna Earp can bring the mad scientist to justice before he turns a small town into his own personal zombie nightmare!
Item Code: MAR160438In Shops: 5/18/2016 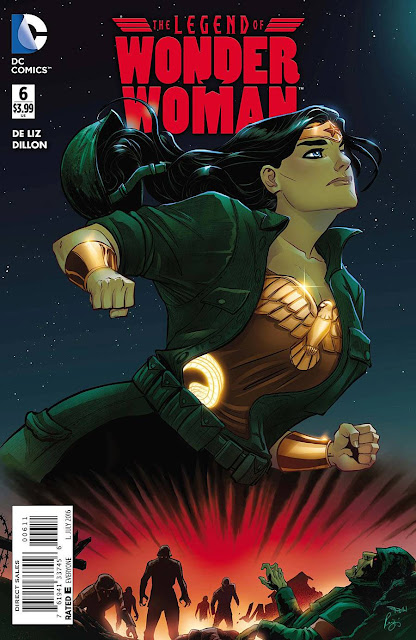