Rosa Salazar Has Been Cast as James Cameron's 'Battle Angel' 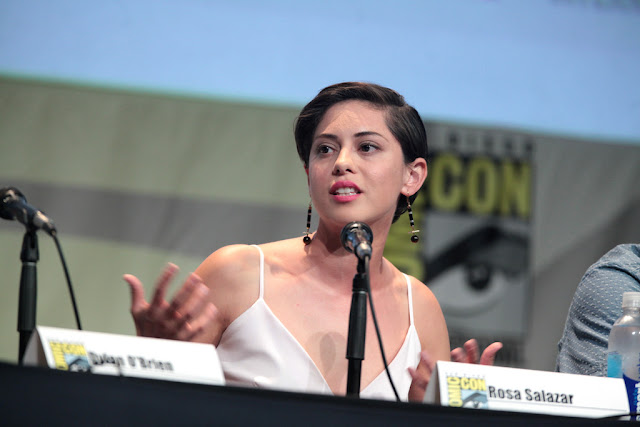 Salazar beat out Maika Monroe (It Follows) and Disney Channel's Zendaya to take on the role of a refurbished cyborg, saved by a doctor after being trashed, that uses her martial arts skills to hunt down dangerous criminals. The film is based on the manga series by Yukito Kishiro, Battle Angel Alita, with a script by Cameron.

With Cameron still planning on more Avatar movies, he passed the directing duties to Rodriguez who'll put his own spin on the project. “Robert and I have been looking for a film to do together for years, so I was pumped when he said he wanted to do Battle Angel,” stated Cameron. “He’s very collaborative and we’re already like two kids building a go-kart, just having fun riffing creatively and technically. This project is near and dear to me, and there’s nobody I trust more than Robert, with his technical virtuosity and rebel style, to take over the directing reins."

As for Salazar, her star has steadilly been on the rise since appearing in College Humor videos, NBC's 'Parenthood,' 'Insurgent,' 'The Scorch Trials,' and FX's 'Man Seeking Woman.'

No production start date has been announced yet but with Rodriguez and Salazar on board the long-awaited film seems finally ready to get started soon.