It's been a strange week in comic books. I'll spare you the details but it's been overly negative online. Thankfully, another week of releases should help make things better as there's plenty of great new books to celebrate. One constant winner is 'Giant Days' from BOOM Studios! If this funny slice-of-life series doesn't put a smile on your face your name might be Bruce Wayne. Speaking of which, DC Comics launches 'Rebirth' titles for Batman, Wonder Woman, Green Arrow, Green Lanterns, and Superman. It's a mixed bag of introductory books into DC's new narrative that is supposed to bring the line back to more aspirational and less gloomy stories. There's also some anticipated debuts like 'Mighty Morphin Pink Ranger' #1 and Marvel's 'Civil War II' #1.

There's so much more, take a look at this week's recommendations and listen to our slideshow featuring some peppy pop music that should lift your spirits in this toxic environment. Happy reading! 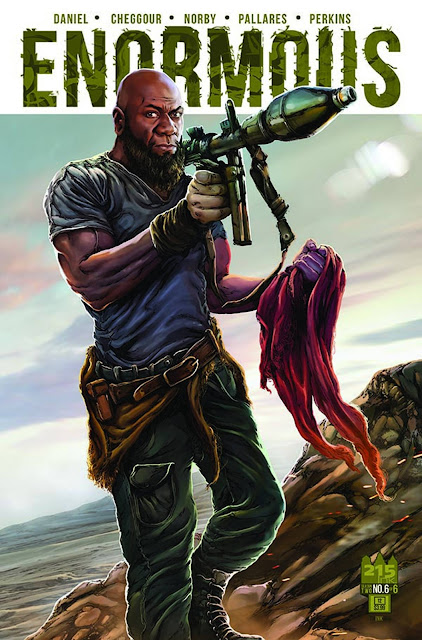 (W) Tim Daniel (A/CA) Mehdi Cheggour
A badly injured James and Allison must beg their way through the gates to salvation, while it's going to take more than a rocket launcher for Ellen and DJ to gain access to the silo. In the desert, Selene wrestles with the loss of yet another of her party. "Season 2" concludes with a descent into darkness! 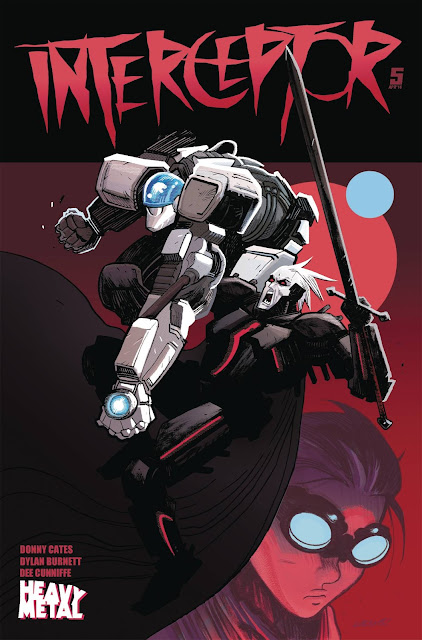 (W) Donny Cates (A/CA) Dylan Burnett
Poli faces her bloodsucking betrayer as the fate of two worlds hangs in the balance. Will the people of Earth survive this final conflict? Will Palus come to the rescue and save Poli? Will Poli beat the ever-living crap out of some more vampires? In order: maybe, probably not, and absolutley. It all ends here, folks. Variant cover by Jamal Campbell (Guardians Of The Galaxy, Bill & Ted). 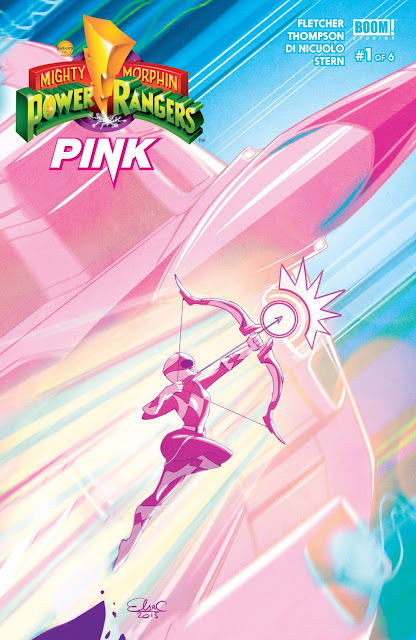 (W) Brendan Fletcher, Kelly Thompson (A) Daniele Di (CA) Elsa Charretier
We're so thrilled by the response to our Mighty Morphin Power Rangers comic series that we wanted to focus on some of the individual Rangers and let them shine in their own stories. First up is a series centered around Kimberly Hart, the Mighty Morphin Pink Ranger, and who better than Batgirl and Gotham Academy writer Brenden Fletcher and A-Force and Jem and the Holograms writer Kelly Thompson to bring it to us! 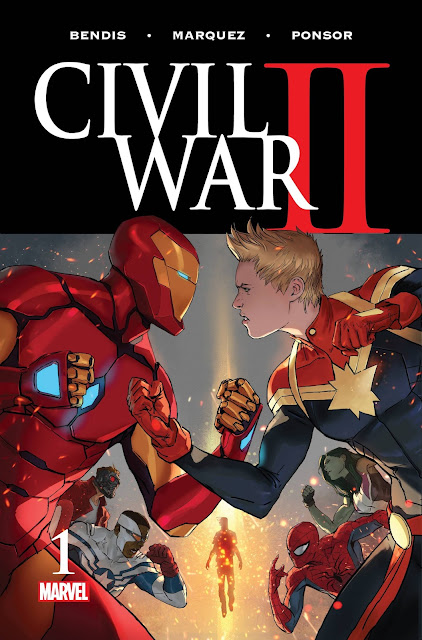 (W) Brian Michael Bendis (A) David Marquez (CA) Marko Djurdjevic
IT'S HERE!
The explosive first chapter in the comic event EVERYONE will be talking about. And we come out swinging with a blistering double-sized first issue from the creative team behind last year's best-selling debut of INVINCIBLE IRON MAN and Miles Morales. A new Inhuman, with the ability to profile the future, emerges and the ramifications ripple into every corner of the Marvel Universe. Lines are drawn, bodies fall, and the Marvel Universe will be rocked to it's very core. The action starts here! 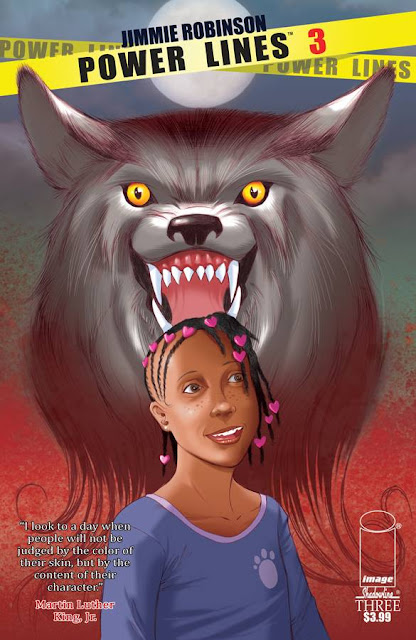 (W/A/CA) Jimmie Robinson
"COYOTE MOON"
Two racially diverse communities collide when their local superheroes learn not everything is black-and-white. Meanwhile, a third power rises and threatens to literally destroy everything in its path. 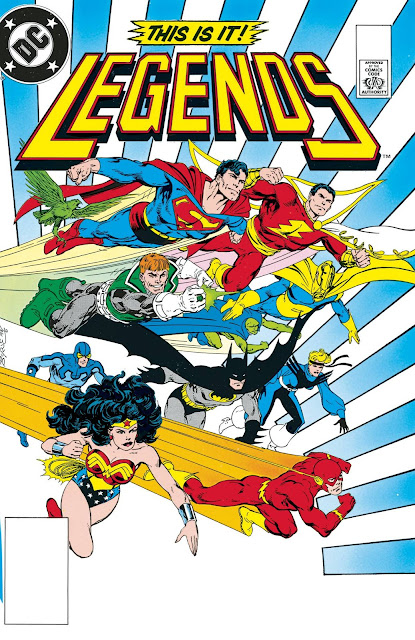 (W) John Ostrander, Len Wein (A) John Byrne, Karl Kesel (CA) John Byrne
In the wake of CRISIS ON INFINITE EARTHS, the heroes of the DC Universe must find a new purpose and direction in the battle for justice! When G. Gordon Godfrey arrives on behalf of Darkseid to create a hate campaign that outlaws super-heroic activities, the world's greatest find themselves fighting the very people they swore to protect! Don't miss this new edition collecting the 6-issue miniseries, including the first appearance of the modern Suicide Squad! 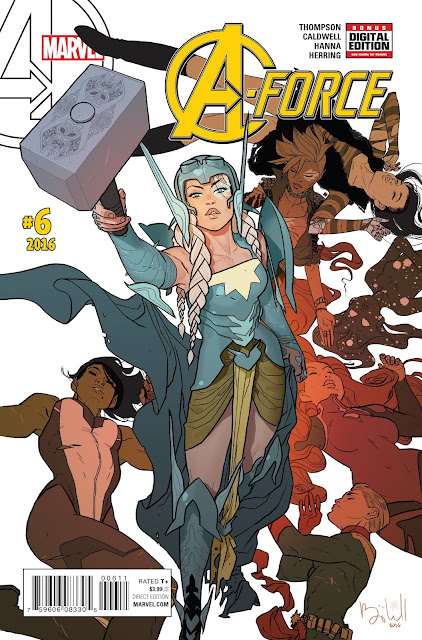 (W) Kelly Thompson (A/CA) Ben Caldwell
• The mysterious (and formerly looking like a Dragon!) Countess has taken over the town A-Force came to save, rebuilding it in her own image and with a mind-controlled NICO MINORU at her side. It's A-FORCE vs NICO and the team (and one innocent town!) is learning the hard way just how powerful Nico can be. Will this be the end of A-Force at the hands of one of their own? •  Or will SHE-HULK'S risky (okay, sure, some say insane) plan, allow them to live long enough to fight another day?!
Rated T+ 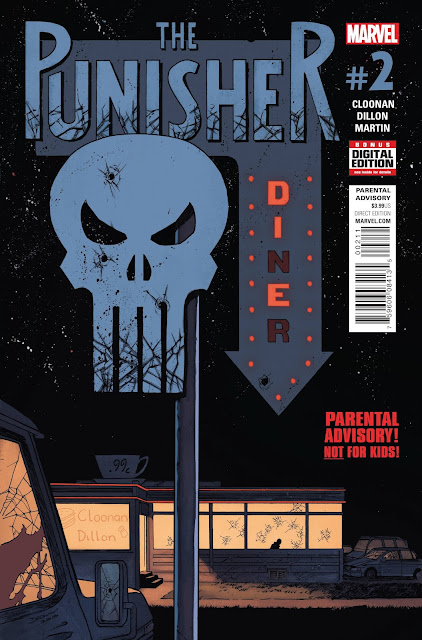 (W) Becky Cloonan (A) Steve Dillon (CA) Declan Shalvey
ROAD TRIP
•  Frank Castle's hunt has taken him on the road, and bodies will be left in his wake.
•  But with a DEA agent closing in on him, things could get complicated...
Parental Advisory 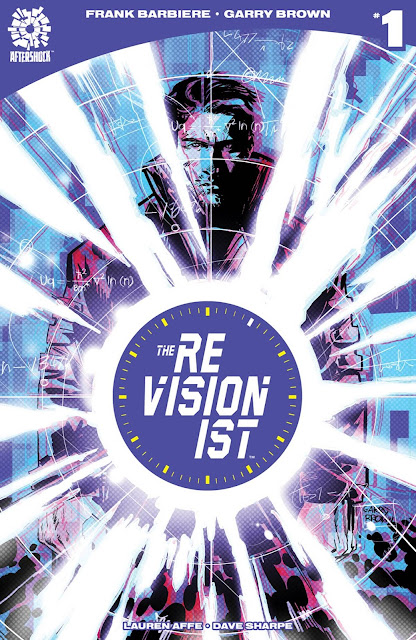 (W) Frank Barbiere (A/CA) Garry Brown
New series! How far would you go to save reality? Martin Monroe is The Revisionist-a time-traveling assassin tasked with repairing our fractured timeline.  Forced to place his trust in his estranged father, Martin will have to overcome his troubled past to save the future-but can he live with his decisions? 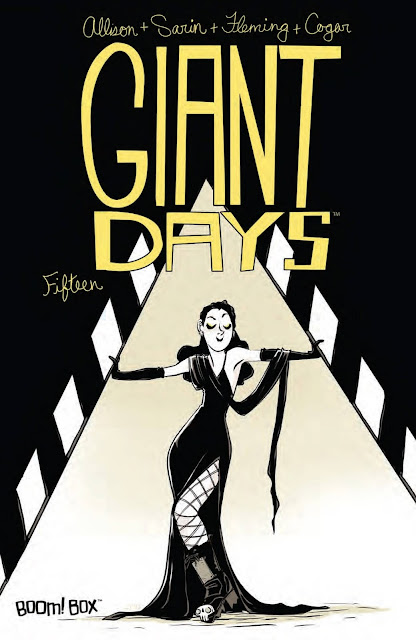 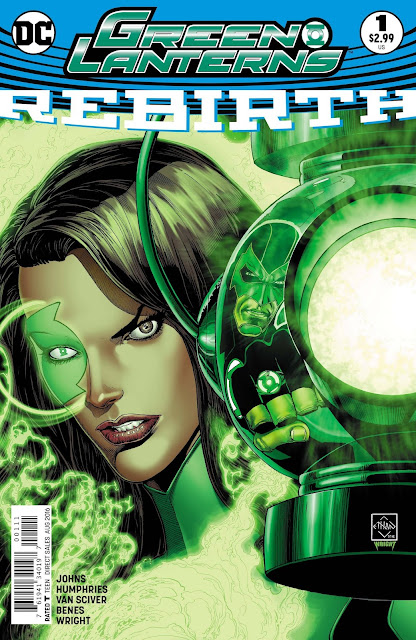 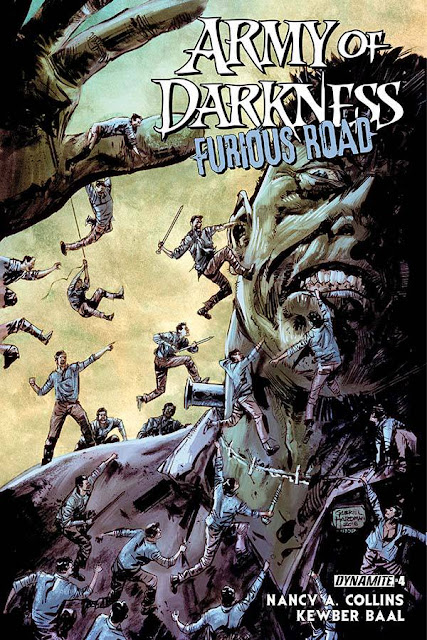 (W) Nancy A. Collins (A) Kewber Baal (CA) Gabriel Hardman
Ain't no mission like a suicide mission, 'cause a suicide mission don't stop! Prepare yourself for non-stop death, destruction, madness, and mayhem as Ash leads the Frankenstein Monster, the Daughter of Dracula, and a werewolf biker gang against the assembled might of the Army of Darkness. Can they get the witch, Heckuba, to the church on time to send the Deadites back to the hell they crawled from, or is the world doomed to be crushed under the heel of Ash's evil demon-twin, The General? 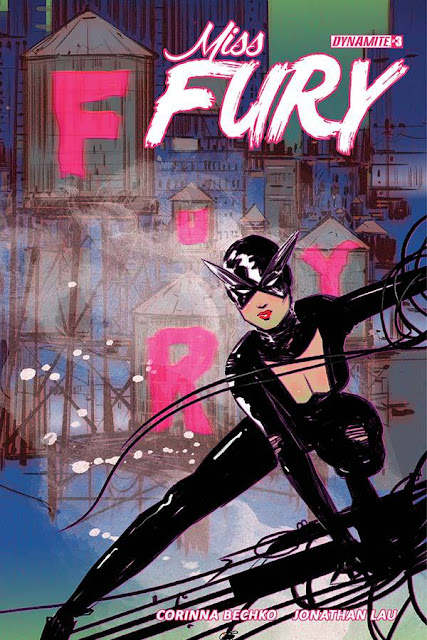 (W) Corinna Bechko (A) Jonathan Lau (CA) Tula Lotay
As Miss Fury prepares to take on the darkest occult elements New York has to offer, her alter-ego Marla wrestles with the suspicion that something sinister might be behind her own abilities as well. Can the supernatural be harnessed for good as well as evil? Or is Miss Fury trapped in a web of deceit from which there is no escape, no matter how hard she fights? 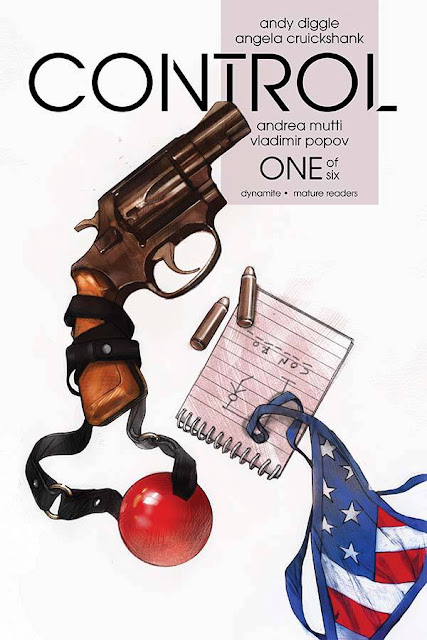 (W) Andy Diggle, Angela Cruickshank (A) Andrea Mutti (CA) Ben Oliver
Detective-Sergeant Kate Burnham isn't making any friends in the Washington DC Police Department. That makes her the perfect scapegoat when a routine homicide investigation threatens to blow open a criminal conspiracy that reaches to the upper echelons of the DC power elite. Kate makes it go away, or they make her go away. Cop or criminal, power is all about control, applied top-down from the penthouse elite to the hustlers on the street. But what happens when the street pushes back...? 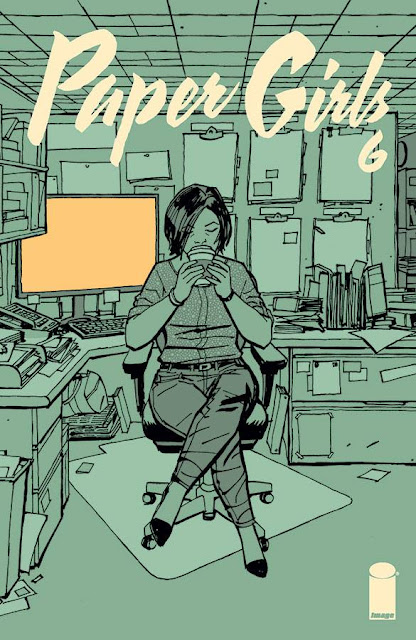 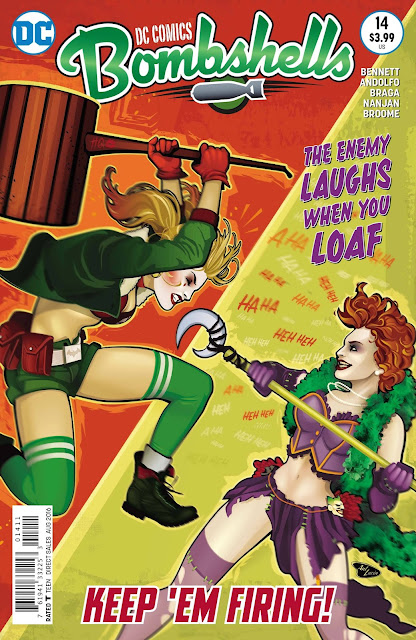 (W) Marguerite Bennett (A) Laura Braga, Mirka Andolfo (CA) Ant Lucia
Harley Quinn and Poison Ivy make it to Berlin to find the Joker's cabaret in the hands of the Joker's Daughter, who has banished a magic-less Zatanna and Constantine onto the streets of Nazi-occupied Germany. Meanwhile, find out what happened to Mera at the Battle of Britain after being captured by Nereus as a prisoner of war.