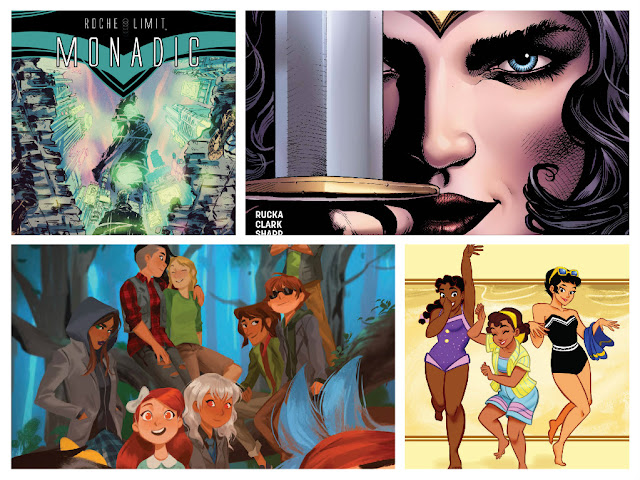 Another week of comics and DC Comics Rebirth continues. The latest slate of issues - Wonder Woman, Action Comics, Detective Comics, Aquaman, Flash - are all varying degrees of good as the line reset to pre-New 52 familiarity. Wonder Woman has been especially anticipated with the return of Greg Rucka to the title with artist Liam Sharp. If previews were any indication, this will certainly be one of the best-looking comics to emerge from 'Rebirth.' 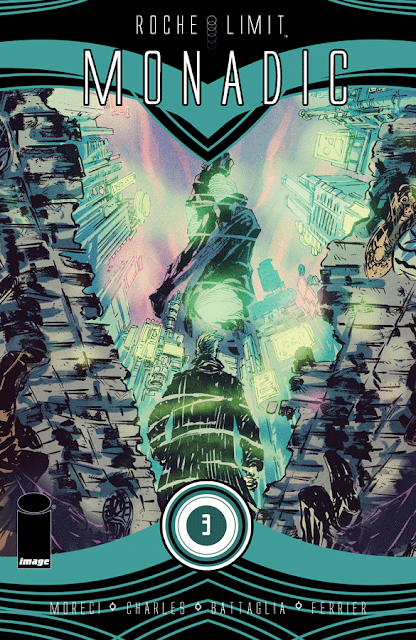 (W) Michael Moreci (A/CA) Kyle Charles
In the penultimate issue of the hit acclaimed sci-fi trilogy, Sasha plots a way to stop Moscow and the Black Sun once and for all. 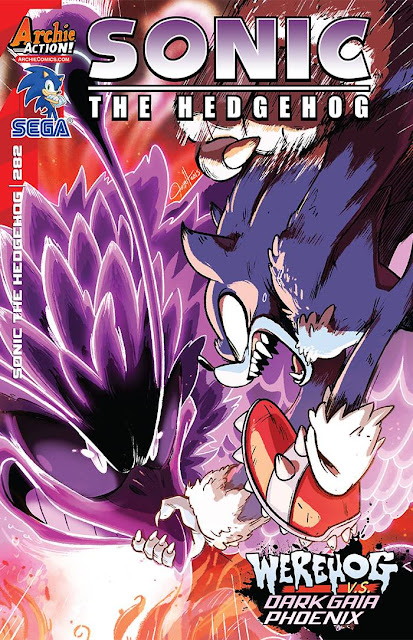 (W) Ian Flynn (A) Terry Austin & Various (CA) Tyson Hesse
"Wings of Fire," Part 2. When Sonic was infected with the Dark Gaia energy, he nearly all lost control of his mutant Werehog form. So what happens when an ancient and powerful phoenix gets turned to the dark side? It's a three-way battle as Sonic and Dulcy's teams battle for their lives against the Dark Gaia Phoenix and Egg Army! Then, in "Shards and Sparks," Knuckles and Mighty reunite to take on Egg Boss Thunderbolt! Featuring cover art by the terrific Tyson Hesse and a spooky "Horror Movie" variant by the mega-talented T. Rex! 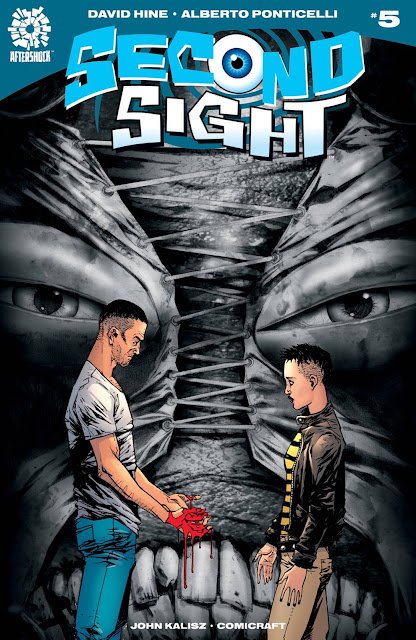 (W) David Hine (A/CA) Alberto Ponticelli
The hunters become the hunted. As The Wednesday Club closes in on Ray and Toni they go into hiding and Ray finally reveals to his daughter what happened twenty years ago in The Bloody Chamber! 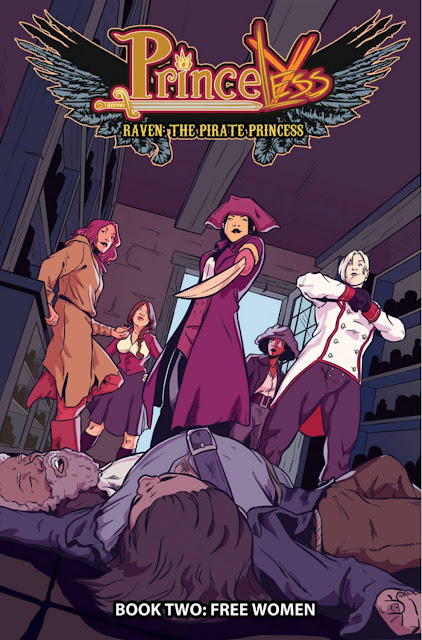 (W) Jeremy Whitley (A/CA) Rosy Higgins, Ted Brandt
Raven and her crew cast off to the high seas and the adventure of their lives!  But before they can take on Raven's brothers they'll have to learn where they are and what's happened since Raven was locked away.  So they're headed to Raven's ancestral home island, "The Island of the Free Woman".  It's swamped with every kind of thief, assassin, and despot.  Can Raven's crew face their first challenge?  Can they even handle being cooped up in the same ship together? 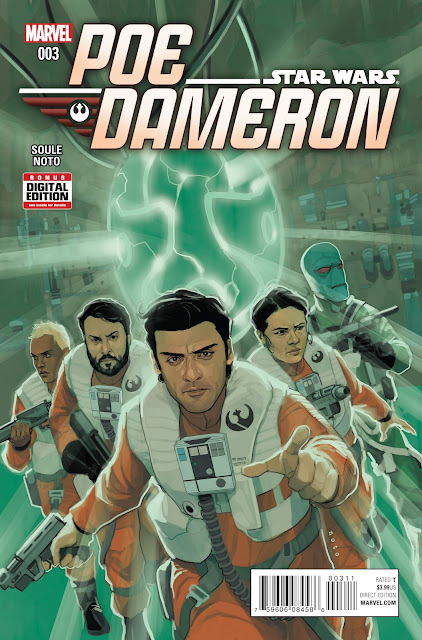 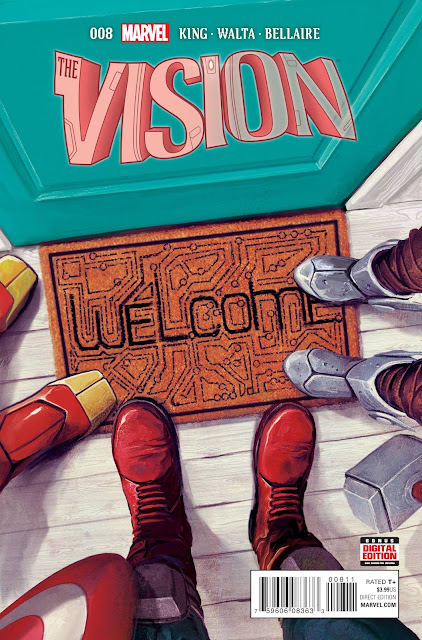 (W) Tom King (A) Gabriel Hernandez Walta (CA) Mike Del Mundo
"LITTLE BETTER THAN A BEAST" STARTS NOW!
•  The most critically acclaimed series of the year continues.
•  The Avengers know. They know his wife killed the Reaper and the boy. They know Vision lied to protect her. They know that those lies will lead to more lies, those deaths will lead to more deaths.
•  And they know they need to act, they need to find a way to prove that he has done what he has done so the Avengers can do what they have to do--finally and forever dismantle the Vision and his family.
Rated T+ 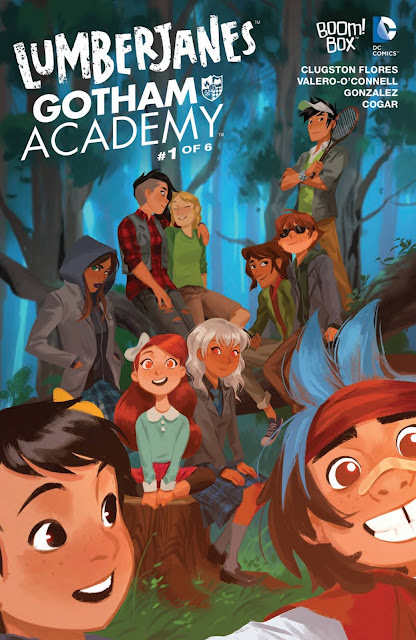 (W) Chynna Clugston-Flores (A) Rosemary Valero-O'Connell (CA) Mingjue Helen Chen
What's to Love: We adore DC's Gotham Academy and it's been on our wish list to have them somehow meet the Lumberjanes. From the great characters to the fun stories, we saw a world in which these two groups could coexist. Fast forward and here we are-the crossover event we've dreamed about and can't wait to bring to you!

What It Is: Something sinister is happening at a mysterious building deep in the woods, drawing the Lumberjanes and the Gotham Academy kids separately to investigate. Is it a weird cabin? An abandoned asylum? The two groups band together to find out what exactly is going on. Featuring a connecting subscription cover by Brooke Allen! 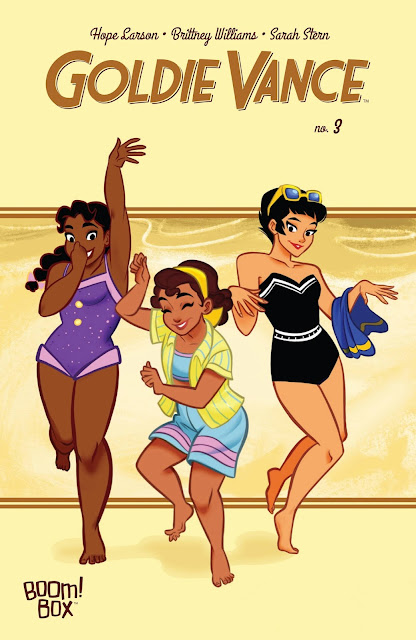 (W) Hope Larson (A/CA) Brittney Williams
In her continuing quest to solve the mystery of the missing necklace, Goldie gets her and her father in trouble with the hotel, is involved in a high-speed car chase, and becomes a fugitive from the cops! 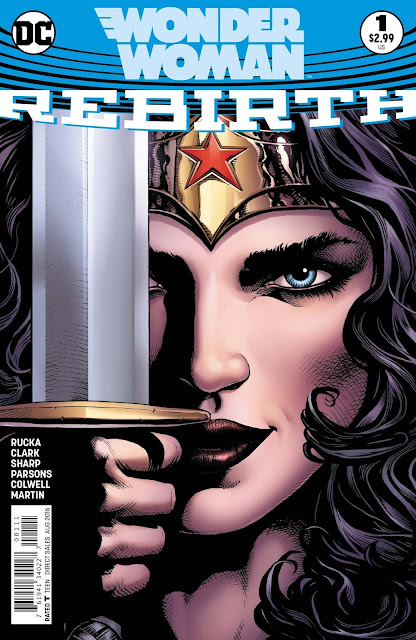 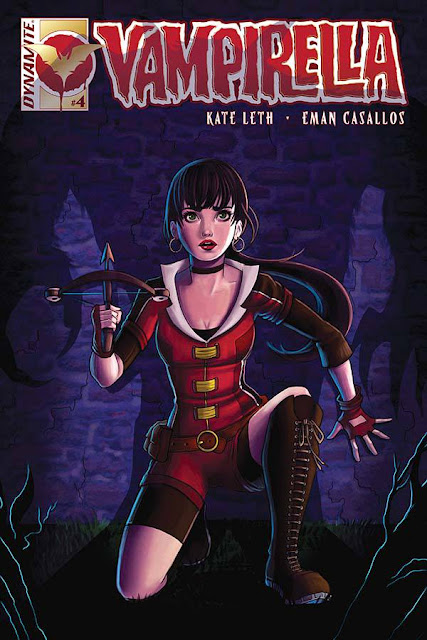 (W) Kate Leth (A) Eman Casallos (CA) Chrissie Zullo
After receiving a threatening invitation to a party at Slade's manor, Vampirella and her coven of friends are forced to walk into an obvious trap. Can they outwit Slade at her own game, or will things get even bloodier? 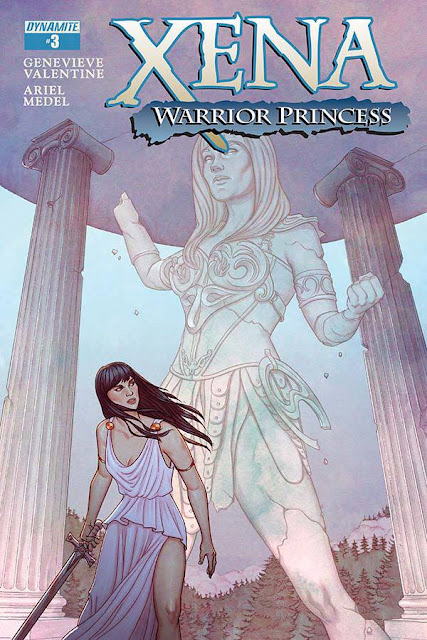 (W) Genevieve Valentine (A) Ariel Medel (CA) Jenny Frison
Xena and Gabrielle infiltrate the infamous Croesus' Palace gaming hall to kidnap a Roman general, but are the stakes higher than they bargained for? Fortune can change on a single roll of the dice! 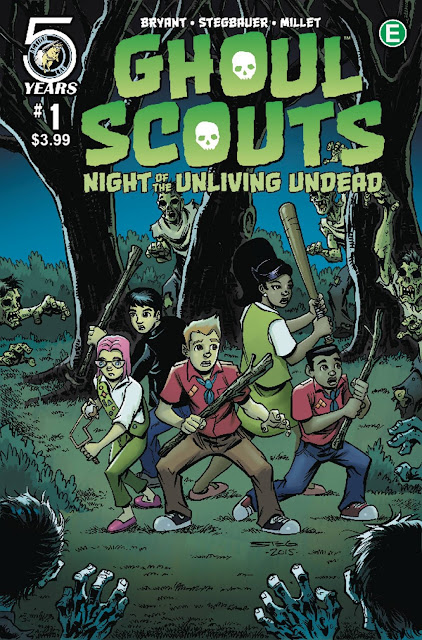 (W) Steve Bryant (A) Mark Stegbauer, Jason Millet (CA) Mark Stegbauer
Something stranger than usual haunts Full Moon Hollow, Paranormal Capital of the World. Adults either can't see it, can't remember it, or go crazy from it. So when zombies attack during the Hemlock County Scouting Jamboree, only a group of misfits can save the Hollow. Be prepared. Be very prepared. 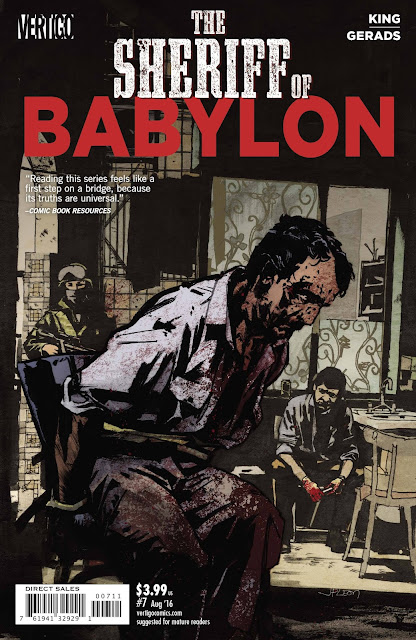 (W) Tom King (A) Mitch Gerads (CA) John Paul Leon
Things are heating up in Baghdad. What started as the search for one man's killer has turned into something much deeper, and everyone has lost something in the violence that followed. Now Nassir is in the hands of the men who may have been responsible for all of it. What they want from him is unclear, but it's a payment they intend to take in blood. 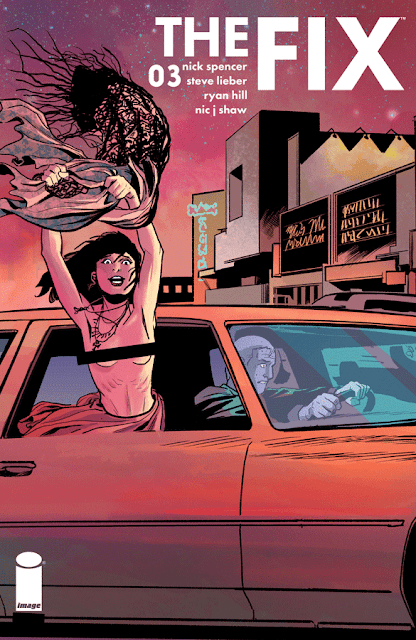 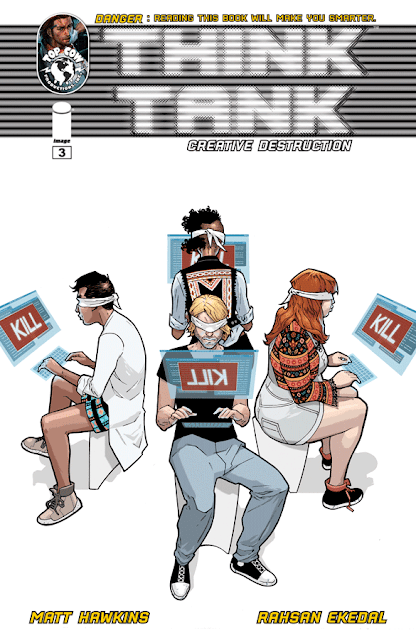