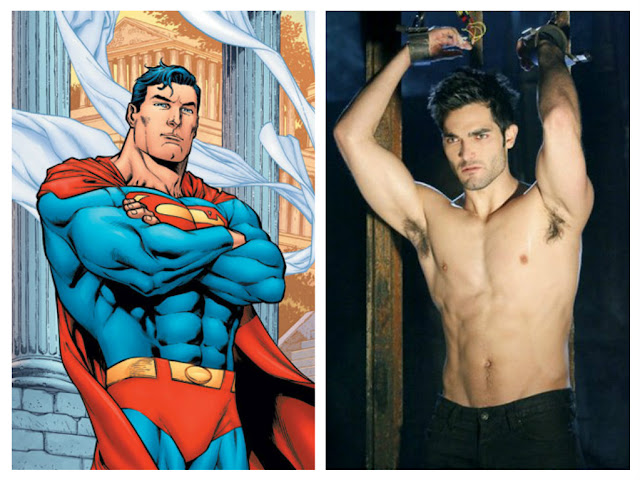 It didn't take very long for the CW's Supergirl to find its Superman. As reported previously, the Man of Steel was finally going to show his face in National City to his cousin Kara (Melissa Benoist), and the audience, this coming second season.Tyler Hoechlin (Teen Wolf) has been chosen to don the red cape, red boots, and red shorts (?) as Clark Kent/Superman.

Hoechlin will appear in the first two episodes of Supergirl Season 2, in the same Monday night time slot it had while on CBS during season one. Up until now, Superman has only been glimpsed  in obstructed ways, through solar flares, a shot of his boots, a hand, etc. He's communicated with Kara via messaging app which always seemed awkward when he could have just picked up the phone. Finally, we'll see another actor in full take on the iconic role.

“[Executive producer] Greg [Berlanti] and I have wanted to work with Tyler for ages, so this worked out perfectly because Tyler is Superman,” Supergirl showrunner Andrew Kreisberg said in a statement. “We are so thrilled and humbled to add another amazing actor to the legacy of this iconic character.”

Aside from his work on the popular MTV supernatural thriller, Hoechlin has numerous TV credits including a run on 7th Heaven. He's fresh from Richard Linklater's latest feature film Everybody Wants Some!! Some websites had him on their wishlist of actors to fill the role and with good looks and a chiseled physique you can see why. Oh, he can act too.