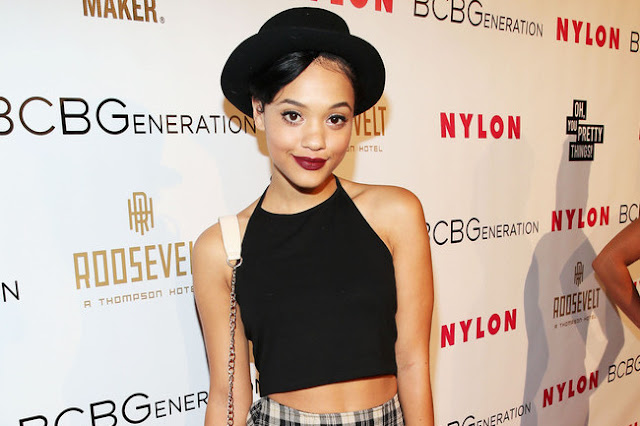 Warner Bros' is looking for more 'Dope' help as Kiersey Clemons, who starred in the indie darling for 'The Flash' director Rick Famuyiwa, is the reported favorite to star opposite Ezra Miller in the DC Films comic book film. No deal is in place just yet but it's assumed the role is that of Iris West, Barry Allen's friend and relentless reporter.

Variety reports that Clemons is the top choice among other actresses vying for the role - Rita Ora and Lucy Boynton. Clemons is fresh off the comedy 'Neighbors 2: Sorority Rising' and will be in the 'Flatliners' remake. Clemons has steadily worked from roles on 'Austin & Ally,' 'Extant,' and 'Transparent.' She could become the big screen version of the role that Candice Patton currently plays on CW's 'The Flash' television adaptation along with Grant Gustin's Barry Allen/Flash.

Miller appeared in a cameo in this year's 'Batman V Superman: Dawn of Justice' as the Flash and production for the solo film is right on schedule and starts later this year. Famuyiwa recently replaced novice director Seth Grahame-Smith to helm the blockbuster after he and the studio parted ways over "creative differences." Grahame-Smith remains as the screenwriter from a treatment by Chris Miller and Phil Lord.