Watch the Hilarious New Trailer for 'The LEGO Batman Movie' 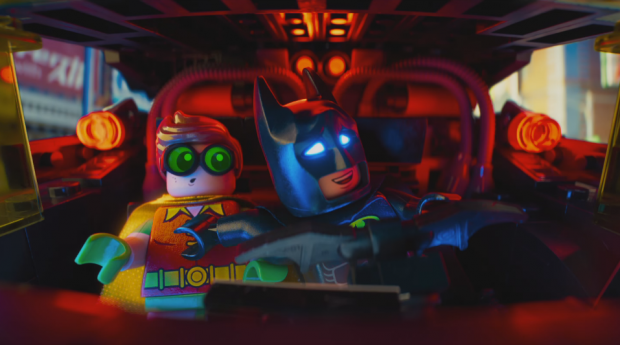 We're still reeling from all the great announcements and trailers that came out of this past weekend's San Diego Comic-Con. Among those exciting trailers was Warner Bros' hilarious 'The LEGO Batman Movie.'


Synopsis: In the irreverent spirit of fun that made "The LEGO Movie" a worldwide phenomenon, the self-described leading man of that ensemble – LEGO Batman – stars in his own big-screen adventure: "The LEGO Batman Movie." But there are big changes brewing in Gotham, and if he wants to save the city from The Joker’s hostile takeover, Batman may have to drop the lone vigilante thing, try to work with others and maybe, just maybe, learn to lighten up.

Since practically stealing 'The LEGO Movie,' Will Arnett is back as the cocky, oblivious, Dark Knight in his own spin-off. This time, through Alfred's (Ralph Fiennes) urging, he's got to spend some time with his ward that he unsuspectedly adopted sarcastically.

He's got to teach a very excitable Robin (Michael Cera) the ropes of crime fighting in Gotham City. Young Dick Grayson is in for the adventure of a lifetime once he finds a comfortable costume as they take on the Joker ( Zach Galifianakis).