This week's new comics offer another eclectic batch of westerns, sci-fi tales, teen angst, and straight-up adventure. DC Comics' "Rebirth" titles roll on with more great stories but Valiant is flexing their muscles with Faith, Generation Zero and Rai. Not to be outdone, Marvel has a bunch of great issues too, like Moon Girl, Nighthawk, and Star Wars to name a few. Check out the latest from Greg Pak with Kingsway West #1and Nathan Fairbairn' Lake of Fire #1. And it wouldn't be New Comic Book Day without a book from Gail Simone. Clean Room #11 is out now. Happy reading! 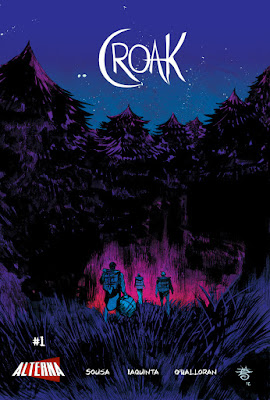 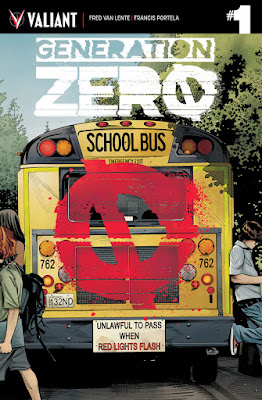 If you have a problem... If your parents won't help... And if your cause is worthy... Log onto network #ZERO... because Generation Zero is listening.

Years ago, the children of the experimental strike team known as Generation Zero were taken from their families by Project Rising Spirit, a private weapons contractor, and raised to be psychic soldiers. After years of taking orders, they have fought for and won their freedom. Now, the world's most wanted teenagers have pledged to protect each other tooth and claw, while using their extraordinary abilities to right wrongs for a generation without a
future... To fight for kids, just like them.

One of those kids is Keisha Sherman, whose boyfriend just turned up dead after a suspicious car crash in Rook, Michigan - a newly booming tech town that sprang from rags to super-riches seemingly overnight. When Keisha makes a desperate plea into her webcam, the local high school suddenly finds itself with several unusual new students... But as word of Generation Zero's presence spreads rapidly through the halls, this volatile band of teenage upstarts is about to discover that they're far from the most extraordinary thing lurking behind Rook's stainless-steel facade.. 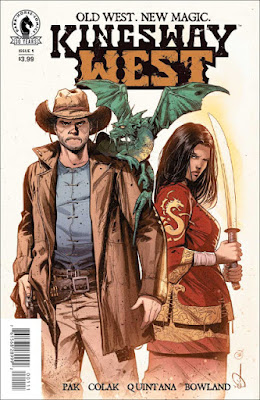 (W) Greg Pak (A/CA) Mirko Colak
After thirteen years in prison, a Chinese gunslinger named Kingsway Law just wants to find his wife. But in a fantastical American Old West crackling with magic, monsters, and racist vigilantes, trouble just won't leave him be. And in this case, trouble is a woman with a magic sword who needs his help. 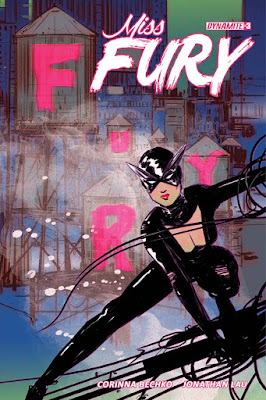 (W) Corinna Bechko (A) Jonathan Lau (CA) Tula Lotay
Marla must choose her fate as past and future collide. Is she Marla Drake, friend and co-worker, or Miss Fury, a creature of dark power and fierce retribution? The answer lies far from land as the Minor Key seeks to unlock an apocalypse they can't control, forcing Miss Fury to confront the mysterious force coiled within her. Will she learn to harness it in time, or will all of New York pay the price? 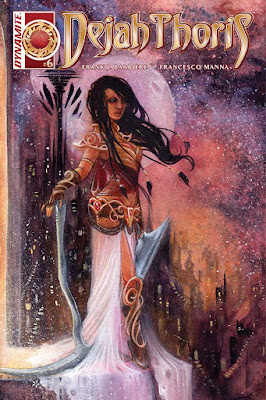 (W) Frank J. Barbiere (A) Francesco Manna, Eman Casallos (CA) Nen Chang
The thrilling conclusion to Dejah's latest adventure! Reunited with John Carter, Dejah arrives in Helium to find the city in the midst of an uproarious revolution! Will she be able to bring peace to her city and find the truth behind the disappearance of her father? 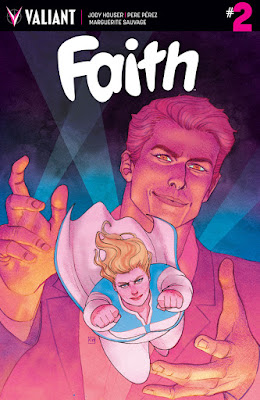 Trapped with no aid in sight, Faith is coming face to face with her very-first supervillain! LA's own sky-soaring hero always wanted to be like the comic book characters that inspired her...but is she ready to deal with the consequences of being a bonafi de superhero? And, as if a new arch-nemesis weren't enough, a shadowy figure is closing in on Faith's secret identity! How's that for a cliffhanger?! 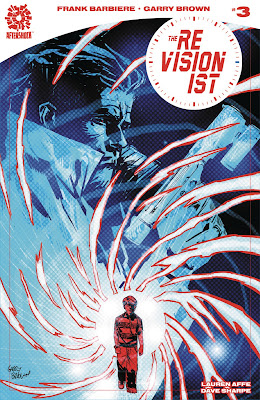 (W) Frank Barbiere (A/CA) Garry Brown
Reeling from the revelation that he's a time traveling assassin, Martin comes up against his most complex mission yet.  Secrets from his past are brought to light as he struggles to complete his task-will he survive long enough to save reality? Find out what the future holds for THE REVISIONIST! 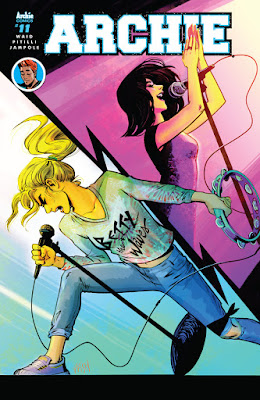 (W) Mark Waid (A/CA) Veronica Fish
Archie and Jughead have been playing their instruments in Archie's garage for a while, but now it's finally time for them to take their talents elsewhere. Veronica suggests that the two form a band - assuming, of course, that she gets to be their lead singer. This bothers Betty, since music was a deep connection that she had always shared with Archie - so she'll just have to form her own rival band. Now it's #TeamArchie vs. #TeamBetty in a battle of the bands that has the whole school picking sides! 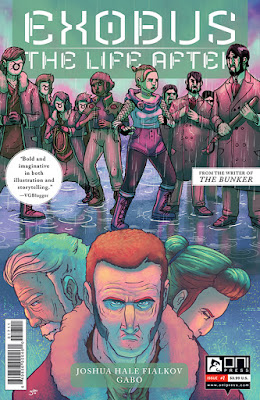 (W) Joshua Hale Fialkov (A/CA) Gabo
As two teenagers wander the post-religious landscape, they search for a trusted advisor who may just be having trouble coping with the internet and social media. How do you get your Twitter handle back when you've been dead for over 50 years? 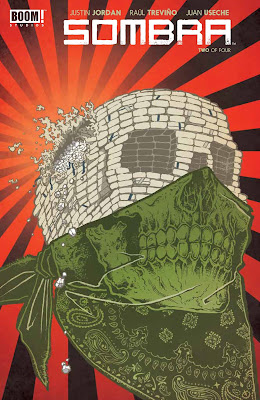 (W) Justin Jordan (A) Raul Trevino (CA) Jilipollo
Danielle is well outside of the law now as she and Tolvo head to where Conrad is believed to be. 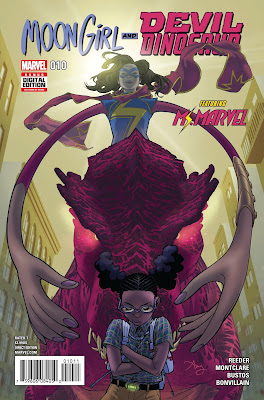 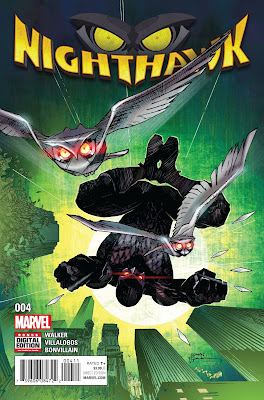 (W) David Walker (A) Ramon Villalobos (CA) Bill Sienkiewicz, Denys Cowan
• NIGHTHAWK loses one of his few allies as his city erupts into violence...
•  ...though he may be able to gain another, as the serial killer who has been enacting his own twisted justice becomes obsessed with the vigilante of Chicago.
•  Will Nighthawk survive the encounter with THE REVELATOR? Will his city?
Parental Advisory 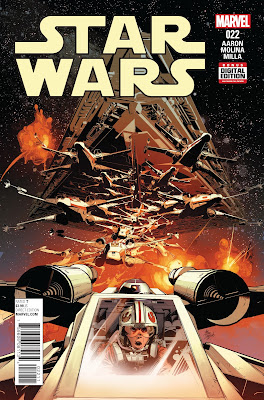 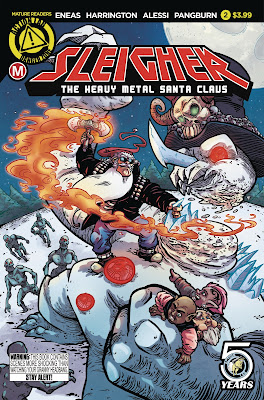 (W) Rob Harrington (A/CA) Axur Eneas
Barreling towards Christmas Day, Sleigher receives a big ole buzzkill in the form of a giant demonic snowman and it's troll master. Delivering presents to the kiddos will have to wait, 'cuz Sleigher's gotta bang heads tonight! 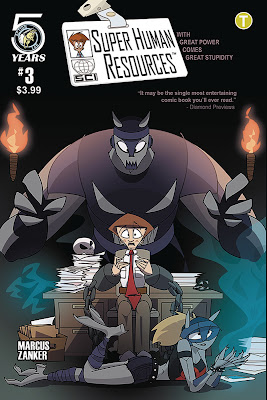 (W) Ken Marcus (A) Armando M. Zanker (CA) Justin Bleep
Captured by the Evil Alliance, Tim from Finance faces a fate worse than death: working in Windows 10. On a Gateway! The situation is even more dire for the rest of the Super Crises International team. Plasmarella's rehearsal dinner has a cash bar! Chilling.  Cover by Justin Bleep. 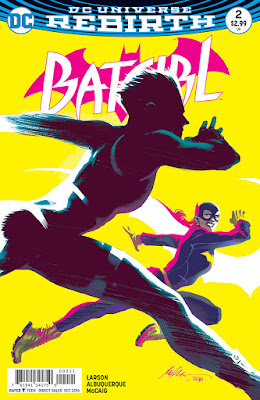 (W) Hope Larson (A/CA) Rafael Albuquerque
"Beyond Burnside" part two. Batgirl is off to Singapore! Following the mysterious advice of the ancient superhero known as Fruit Bat, Babs dives into the dangerous world of MMA fighting. But her first opponent may be more than just an adversary in the ring. Could she be connected to Babs' new travel-companion-slash-maybe-crush? 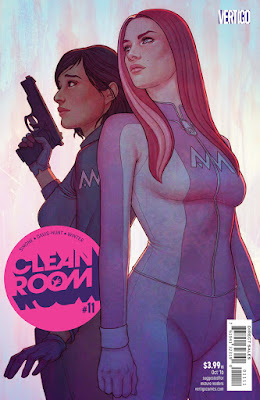 (W) Gail Simone (A) Jon Davis-Hunt (CA) Jenny Frison
The Entities threaten their final revenge on our world and it's vastly more horrible than even Astrid thought, while Evangelical forces stake a claim on Astrid's organization, and only Chloe has the knowledge to stop them. Our second mind-bending arc rockets to a grisly conclusion for all mankind, including you and everyone you know! 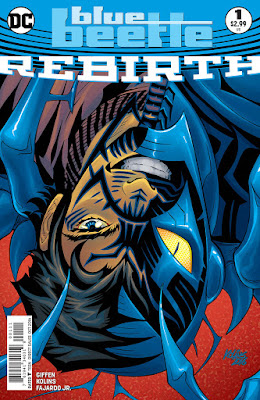 (W) Keith Giffen (A/CA) Scott Kolins
Lost in the desert with no memory of the past few years, teenager Jaime Reyes must find his way home again-but when he reaches his town, he's shocked to find it abandoned and in the hands of government officials...officials who are very interested in the Blue Beetle and the scarab that gives him his power! How can Jaime find his family and uncover the secret behind the town's seizure-and why Kord Industries is helping keep the world from learning the truth? 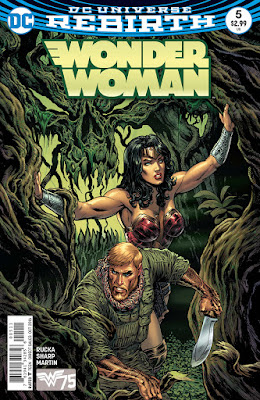 (W) Greg Rucka (A/CA) Liam Sharp
"The Lies" part three! Steve Trevor finds himself trapped in the heart of Urzkartaga's darkness, with Wonder Woman and Cheetah the only hope of rescue for him and his men. But how far can Cheetah be trusted? 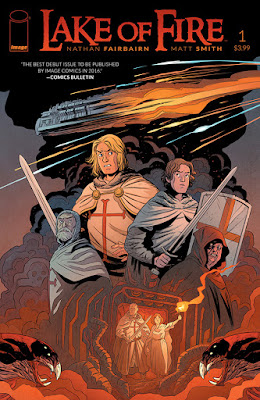 (W) Nathan Fairbairn (CA) Nathan Fairbairn (A/CA) Matt Smith
SERIES PREMIERE
It is 1220 AD, and the gears of the Albigensian Crusade grind on. When an alien mining-craft infested with a horde of bloodthirsty predators crash-lands in the remote wilderness of the French Pyrenees, a small band of crusaders and a Cathar heretic are all that stand between God's Kingdom and Hell on Earth. 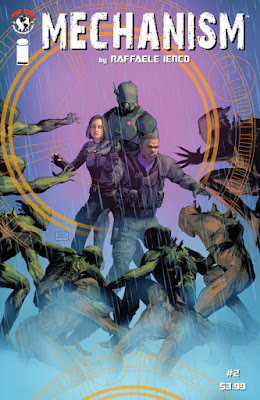 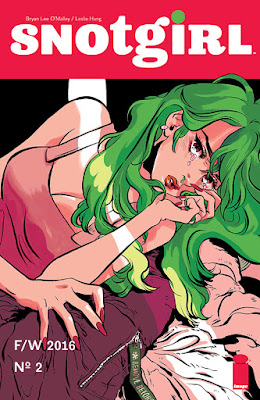 (W) Bryan Lee O'Malley (A/CA) Leslie Hung
Lottie lays low after last month's alarming events, but she still has to deal with her stalker! "Sounds gross! Can you change the title?" say our moms. The hottest new series of 2016 is SNOTGIRL from BRYAN LEE O'MALLEY (Scott Pilgrim) and LESLIE HUNG!