This week in comics is especially strong with indie comics. Top Cow alone has a great crossover event when Postal, The Tithe, and Think Tank collide in an exciting new special. If that wasn't enough there's also a new issue of Postal this week where all hell is about to break loose. Action Lab's best title Tomboy by Mia Goodwin is back for another tense issue. The Paybacks resurgence continues with Heavy Metal as the publisher and issue two. Among Image Comics' best this week look at Saga and Tokyo Ghost. InSexts (AfterShock), Afterlife with Archie (Archie), Bloodshot (Valiant), and Enormous (trade, 215 Ink) are more of this week's impressive haul of independent comics. On the Big Two side, DC's "Rebirth" rolls on and Marvel's Black Panther trade is a must buy. 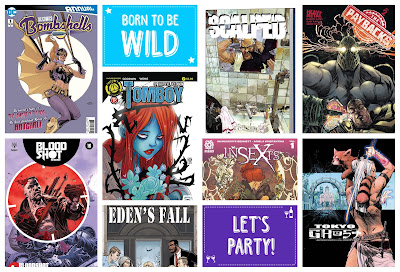 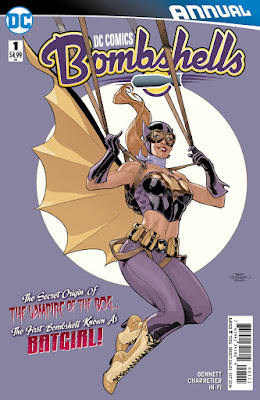 (W) Marguerite Bennett (A) Elsa Charretier (CA) Terry Dodson, Rachel Dodson
The long-buried tale of a heroine of the Great War! An ace pilot turned ancient predator, you may now know her as the Halloween horror, "The Bloody Batgirl"! But here, we will present the secret story of how she became the first Bombshell known as...the Batgirl! 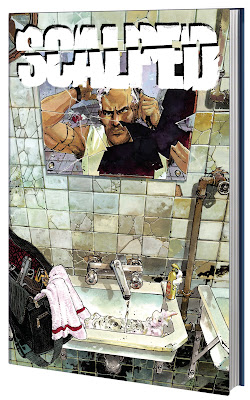 (W) Jason Aaron (A) Igor Kordey, Timothy Truman, Jill Thompson, Jordi Bernet, Denys Cowan, Dean Haspiel, Brendan McCarthy, Steve Dillon (A/CA) R. M. Guera
SCALPED draws to a close in this final Deluxe Edition with a Mexican stand-off like you've never seen before. No one is safe. Especially Dash Bad Horse, whose sins are finally about to catch up to him. As tension on the rez comes to a peak, everyone's priorities are tested. Collects issues of SCALPED #50-60. 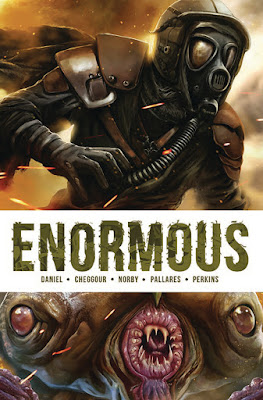 (W) Tim Daniel (A/CA) Mehdi Cheggour
In the midst of a planetary crisis for food and fuel, a vast ecological cataclysm has spawned "The Enormous," massive beasts unlike anything ever witnessed. Humankind struggles to survive in the wake of the monstrous rampage. Abandoning Phoenix, Ellen Grace and her fellow survivors search the surrounding desert in hopes of locating a Titan II missile silo and its promise of safety. But not all the survivors think alike, nor are they all fully human. Collects issues #7-12. 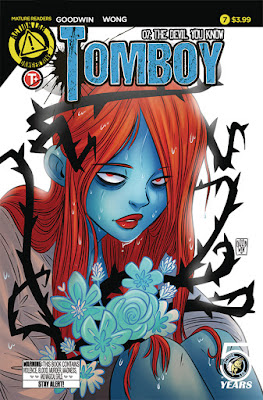 (W) Mia Goodwin (A/CA) Mia Goodwin
Trouble begins brewing for the untouchable Irene Trent when a fire at her pharmaceutical warehouse reveals several dead bodies and tragic clues regarding the fate of the D.A's missing daughter. Meanwhile, Addison returns home and must face the consequences of her actions. 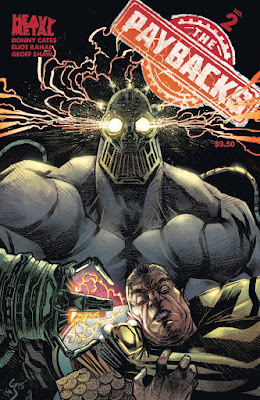 (W) Donny Cates, Eliot Rahal (A/CA) Geoff Shaw
The Paybacks think Doctor Blaqk is responsible for the information leak that revealed every superhero's identity. HighGuard blames the Paybacks and is totes going to kill them all. Also, our heroes journey to the center of The infinite Van to seek answers! Oh, and Miss Adventure and Bloodpouch march off to war. It's a whole thing. Yikes. Mondays, amiright? 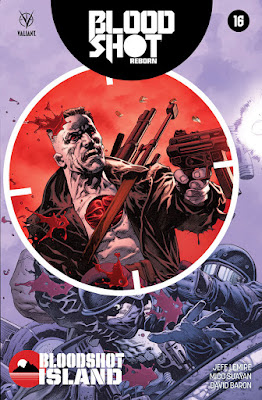 As the endless process of life, death, and rebirth plagues Bloodshot and his fellow prisoners of Bloodshot Island, the being that hunts them - the ruthlessly efficient killer called Deathmate - grows stronger with each agonizing day. But as Bloodshot momentarily gains the upper hand on the shadowy organization that created him and its enigmatic instrument of destruction, he may stumble upon the greatest secrets of the island...and his own haunted past! 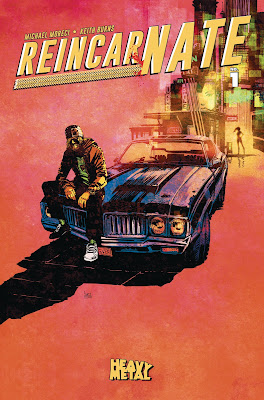 (W) Michael Moreci (A/CA) Keith Burns
Nate McCoy isn't your ordinary private detective. Sure, he's a bit of a slacker who doesn't follow orders and loves to rattle the status quo's cages, but that's not what really sets him apart. After rattling the wrong cage, Nate took a bullet to his head that, somehow, didn't kill him. Instead, it gave him an unusual ability: He can see and interact with past versions of himself. The people he reincarnated from. With the help of Jameson (a Wild West lawman) and Alan (a Mad Men-era hitman), Nate sets his sights on taking down his city's crime kingpin and find out who he has to "thank" for the bullet that gave him this strange, and helpful, new power. 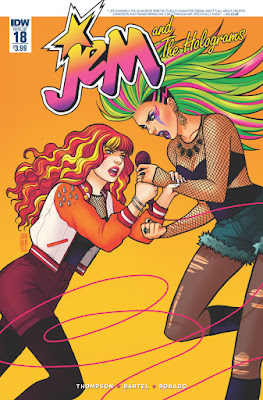 (W) Kelly Thompson (A/CA) Jen Bartel
THE HOLOGRAMS struggle to come to grips with the emotional ramifications of Silica and their short tour gone wrong, The unsure what recent events mean for their band's future. Is there even a future for JEM AND THE HOLOGRAMS?
•   The lead-in to next month's big new story!
•   Soaring highs and crushing lows as only JEM can deliver! 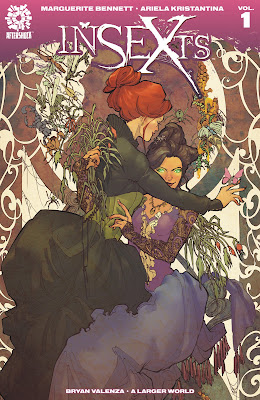 (W) Marguerite Bennett (A/CA) Ariela Kristantina
Collecting the first seven issues of the hit series INSEXTS, from writer Marguerite Bennett and artist Ariela Kristantina. At the dusk of a century, a pair of vengeful Victorian vixens discover a horrifying power that transforms them into rich and strange new creatures. Armed with their dark, evolving forms, they descend into a world of the cultured and occult, with new senses and new sensuality, to forge a life for themselves and the child of their love. 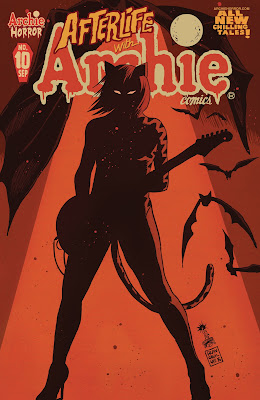 (W) Roberto Aguirre Sacasa (A/CA) Francesco Francavilla
"Betty, RIP," Part 5: "Interlude with the Pussycats." Before the end of the world began, a female pop trio was setting charts on fire. But in a world of TMZ and paparazzi-driven media, somehow these women kept their private lives a secret from everyone - until now. A full-access interview promises to show the tragic and terrifying origin story of Josie and the Pussycats. For TEEN+ Readers. 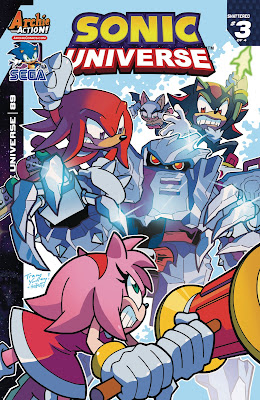 (W) Ian Flynn (A) Jim Amash, Adam Bryce Thomas (CA) Tracy Yardley
"Shattered," Part Three. Time is running out for Amy, Knuckles, and all of Angel Island! As our heroes fight for their lives, the evil wizard Walter Naugus inches closer to completing the Master Emerald and regaining his full power! Can the gang pull through to stop the wacky warlock? Featuring cover art by Sonic comics veteran Tracy Yardley and an "& Knuckles" variant by jamming Ryan Jampole! 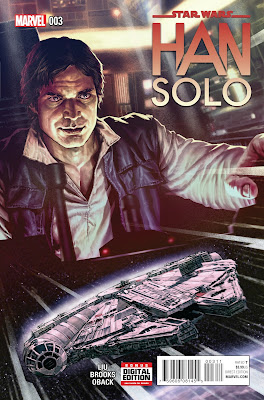 (W) Marjorie M. Liu (A) Mark Brooks (CA) Lee Bermejo
• As The Dragon Void race gets more intense...Han's rebel mission gets more deadly!
•  Can the Falcon hold up to one of the most intense flights of its career?
•  What's worse for Han...failing Leia? Or losing a race?
Rated T 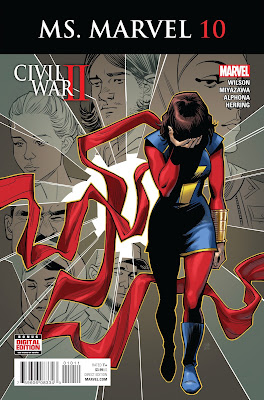 (W) G. Willow Wilson (A) Takeshi Miyagawa (CA) Cameron Stewart
CIVIL WAR II TIE-IN!
•  Ms. Marvel fights for the right to protect her home turf, but this time failure might be the only option.
•  Friends become foes in an event that will test Kamala like never before.
Rated T+ 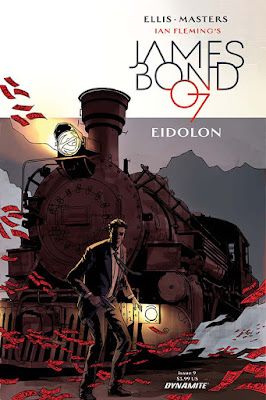 (W) Warren Ellis (A) Jason Masters (CA) Dom Reardon
EIDOLON, Part Three: Bond is sent to breach a secret base in the depths of England, alone, without back-up, and fully deniable: a place from Cold War history, with only one way in and one way out, while the forces of security services all over the world are seemingly ranged against MI6, and all Bond has is his gun and a few pieces of a bloody, dark puzzle... 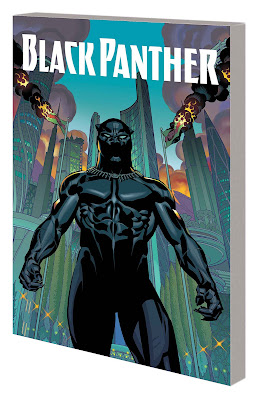 (W) Ta-Nehisi Coates (A/CA) Brian Stelfreeze
A new era begins for the Black Panther! MacArthur Genius and National Book Award-winning writer Ta-Nehisi Coates (Between the World and Me) takes the helm, confronting T'Challa with a dramatic upheaval in Wakanda that will make leading the African nation tougher than ever before. When a superhuman terrorist group calling itself The People sparks a violent uprising, the land famed for its incredible technology and proud warrior traditions will be thrown into turmoil. As suicide bombers terrorize the population, T'Challa struggles to unite his citizens, and a familiar villain steps out of the shadows. If Wakanda is to survive, it must adapt - but can its monarch, one in a long line of Black Panthers, survive the necessary change? Heavy lies the head that wears the cowl! Collecting BLACK PANTHER (2016) #1-4 and FANTASTIC FOUR (1961) #52, plus more than 25 pages of bonus content!
Rated T 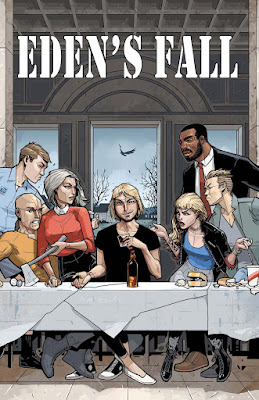 (W) Matt Hawkins, Bryan Edward Hill (A) Antonio Rojo (CA) Rahsan Ekedal
SERIES PREMIERE
Top Cow combines three of its most provocative titles (THINK TANK, THE TITHE, POSTAL) in an unflinching fable of revenge and consequence. FBI Agent James Miller (THE TITHE) follows a sociopath into the off-the-grid town of Eden, Wyoming on a personal mission of vengeance. The price of this vigilante justice will be paid in blood, and both Eden and James Miller will never be the same. 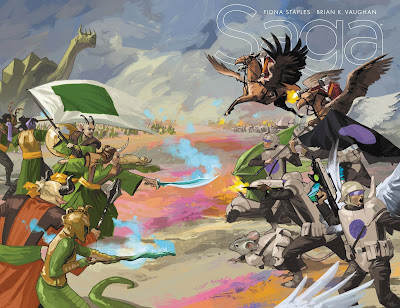 (W) Brian K. Vaughan (A/CA) Fiona Staples
NEW STORY ARC
"THE WAR FOR PHANG," PART ONE
SAGA is back with its most epic storyline yet, and to celebrate, FIONA STAPLES graces this issue with a gorgeous wraparound cover! Finally reunited with her ever-expanding family, Hazel travels to a war-torn comet that Wreath and Landfall have been battling over for ages. This arc is a self-contained "event" we've been building to since our very first issue, so now is the perfect time for readers who love SAGA's bestselling collections to join our monthly adventures! 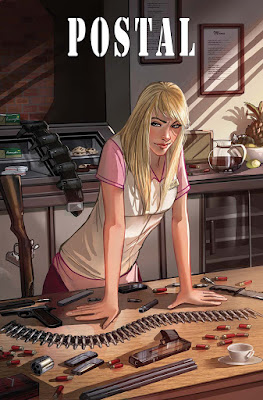 (W) Bryan Edward Hill (A) Isaac Goodhart (CA) Linda Sejic
The Aryan Brotherhood targets one of Eden's residents and Laura and Mark push back by making a posse of their own, but will the FBI side with Eden or will they stand in their way? While battle lines are drawn in Wyoming, Mark's father, Isaac, begins his final push to take his revenge on the town that betrayed him. 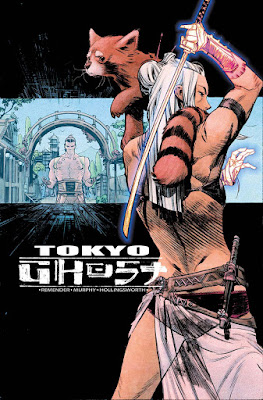 (W) Rick Remender (A/CA) Sean Murphy
MINISERIES FINALE
The final confrontation for the future of mankind is here. It's Debbie Decay, Mother Nature's own samurai savior, vs Davey Trauma, the Living Singularity. Critically-acclaimed creators RICK REMENDER and SEAN GORDON MURPHY wrap up their tale of tech addiction, unintended consequences, and love in a world populated by the disenfranchised and isolated. 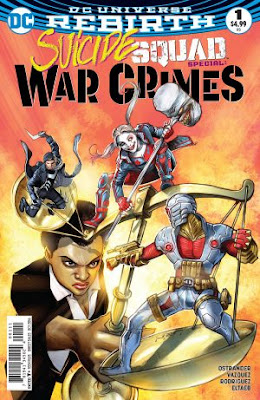 (W) John Ostrander (A) Gus Vasquez (CA) Juan Ferreyra
When a retired American politician is taken to Europe and tried for alleged war crimes, the USA must recover him from an allied nation before terrible truths are revealed. Enter the Suicide Squad, who storm the Hague itself to save America from her own dark secrets. The writer who started a revolution, John Ostrander returns to the Suicide Squad for the first time in a decade to tell one of his boldest and bloodiest stories ever.