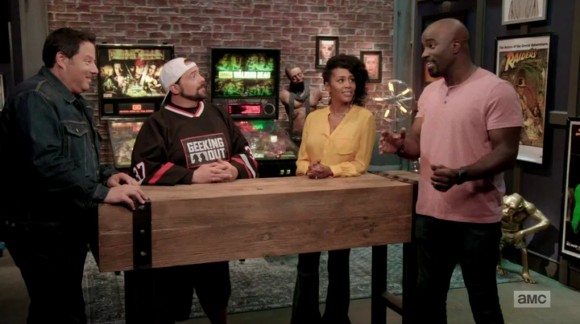 The extensive interview covered everything from how the two were cast, filming in Harlem, the stunts involved, the influence of Black Lives Matter, and how the iconic comic book costume gets a brief nod in the show.

Colter is Luke Cage, a man who becomes bulletproof and super strong from a botched experiment and joins forces with Missick's Misty Knight (a comic book hero in her own right) to help fight the grip held by a local crime boss played by House of Cards'
Mahershala Ali.

Watch these two segments below and you can watch the entire episode here. 'Geeking Out' airs Sunday nights after 'Fear the Walking Dead' on the AMC network.