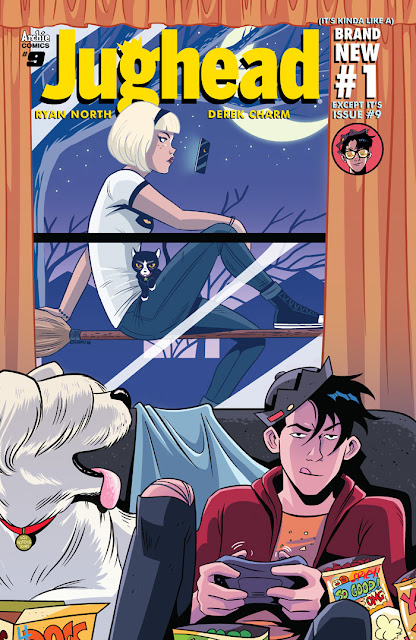 (It’s kind of like a) BRAND NEW #1… except it’s issue #9! SABRINA makes her debut in the NEW RIVERDALE and things are about to get INSANE! New story!  New arc!  New creative team! Pop Tate's has a new mascot: it's a lady in a burger costume with a giant burger for a head!  And she never takes off that giant burger head!  And she and Jughead really hit it off, probably for that very reason! But is it possible Burger Lady is MORE than she appears? Find out what happens when Jughead meets a burger he REALLY likes—and a POWERFUL and unexpected new force in Riverdale is revealed!! P.S.: that powerful and unexpected new force is SABRINA THE TEENAGE WITCH!  SHE'S the Burger Lady! 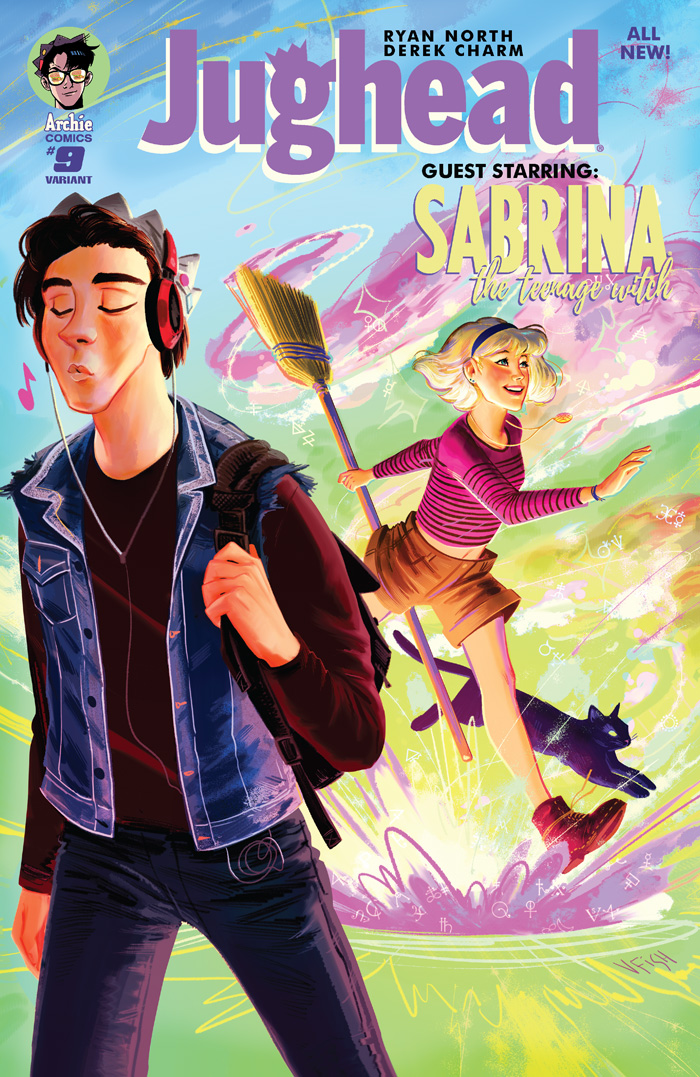 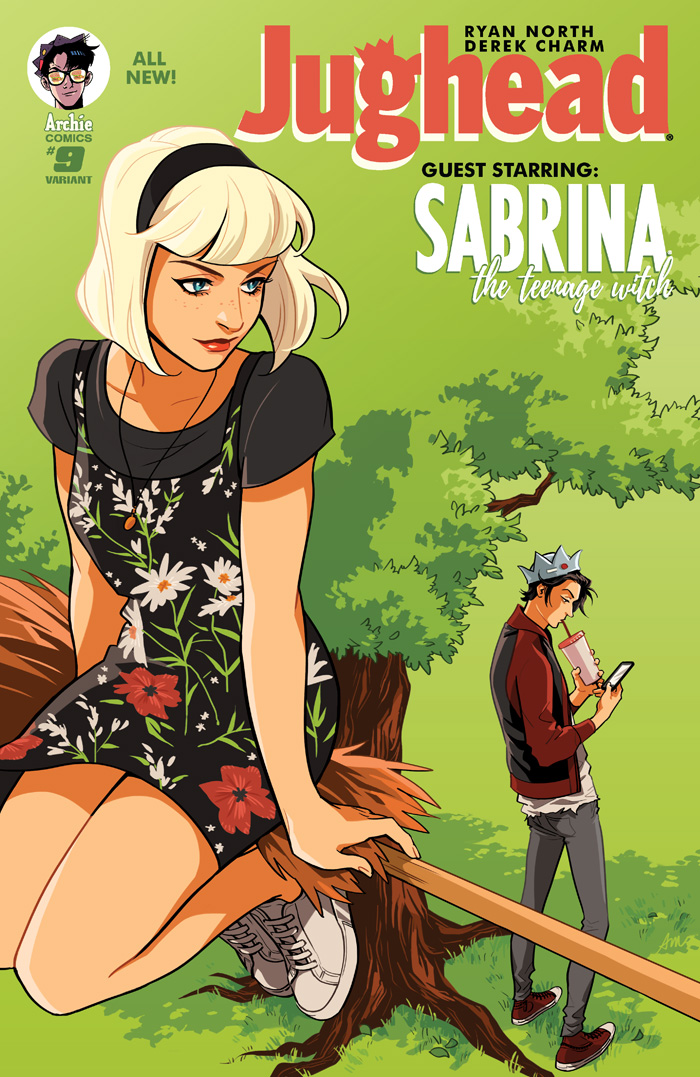 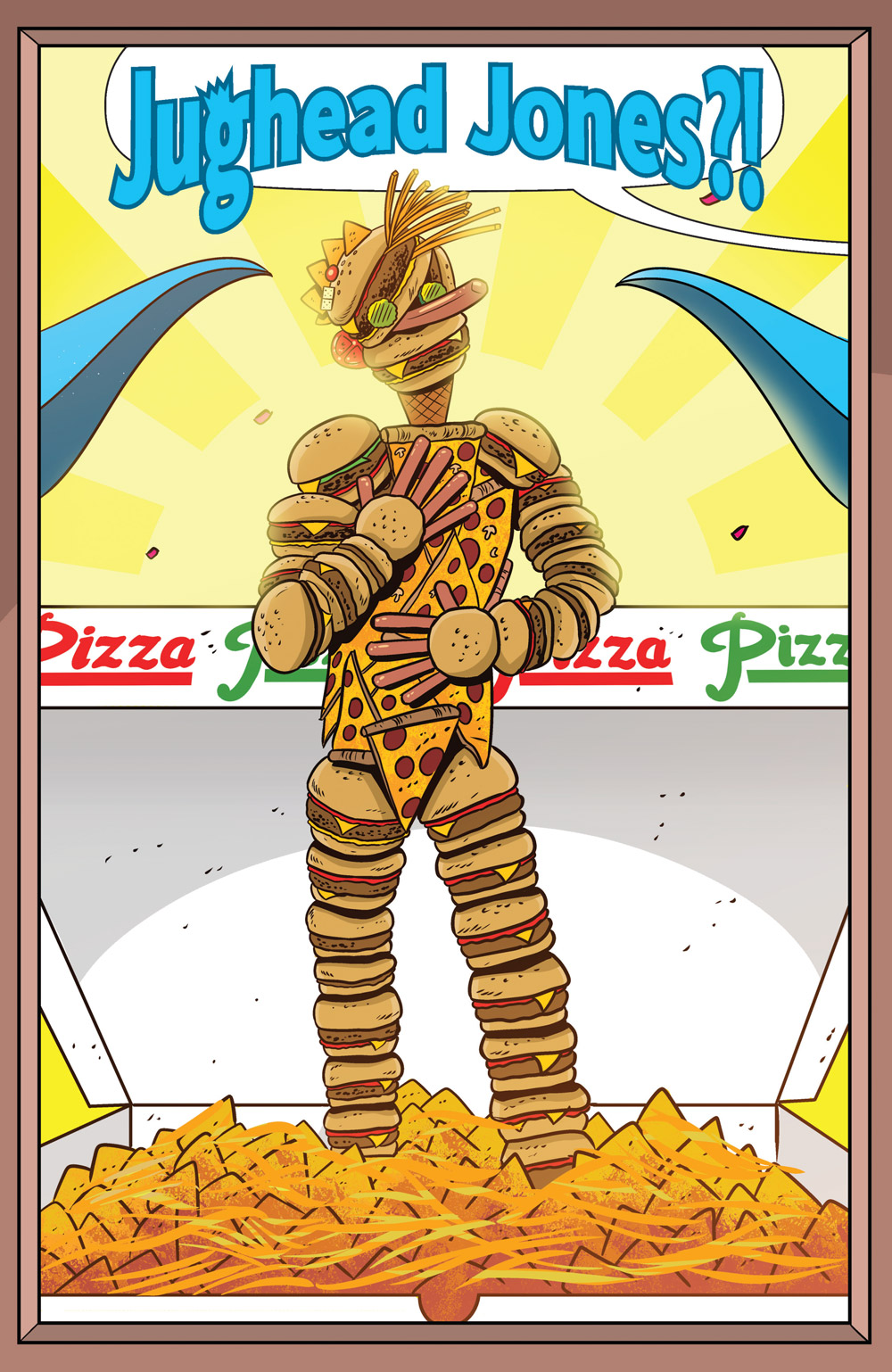 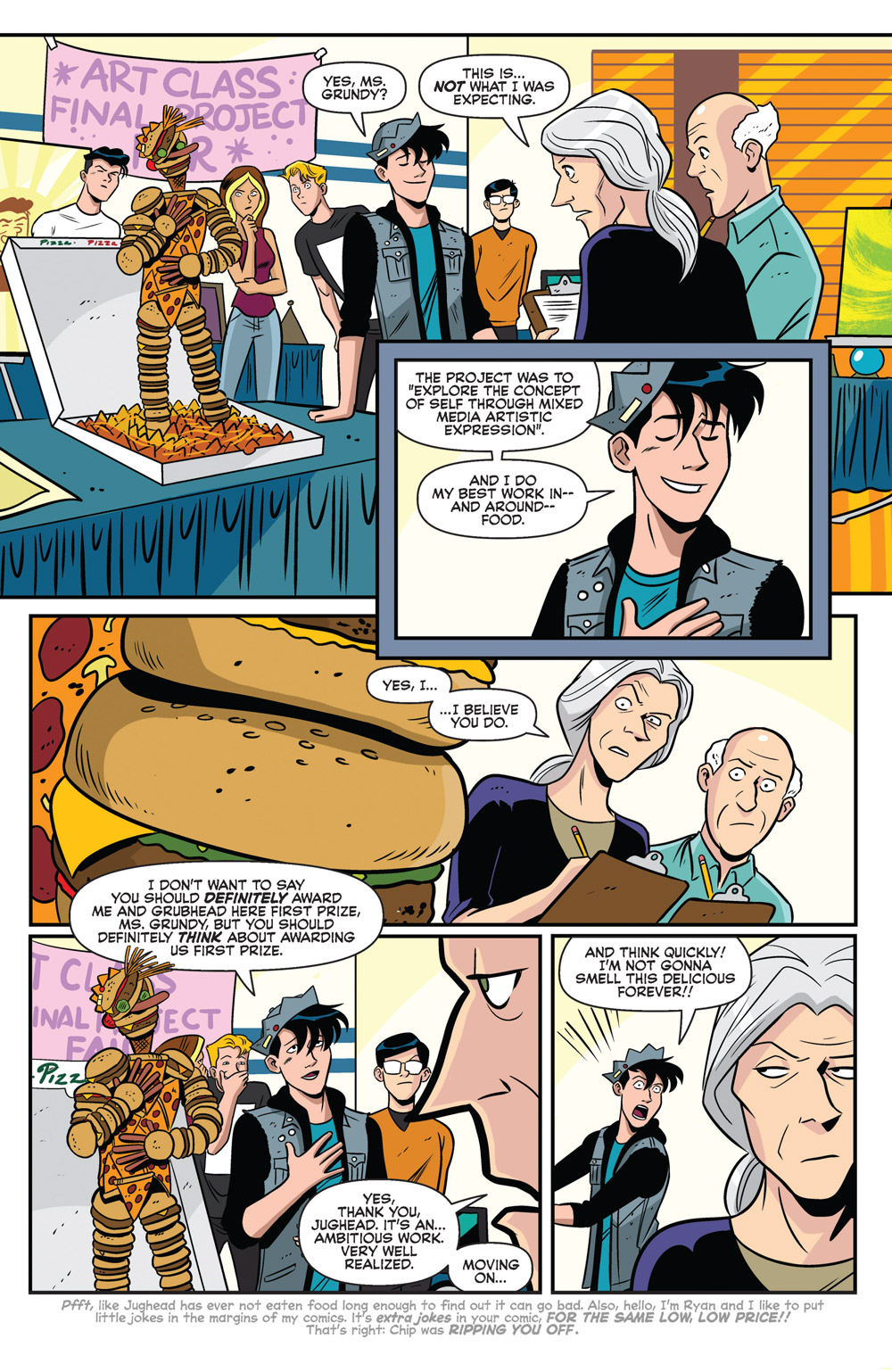 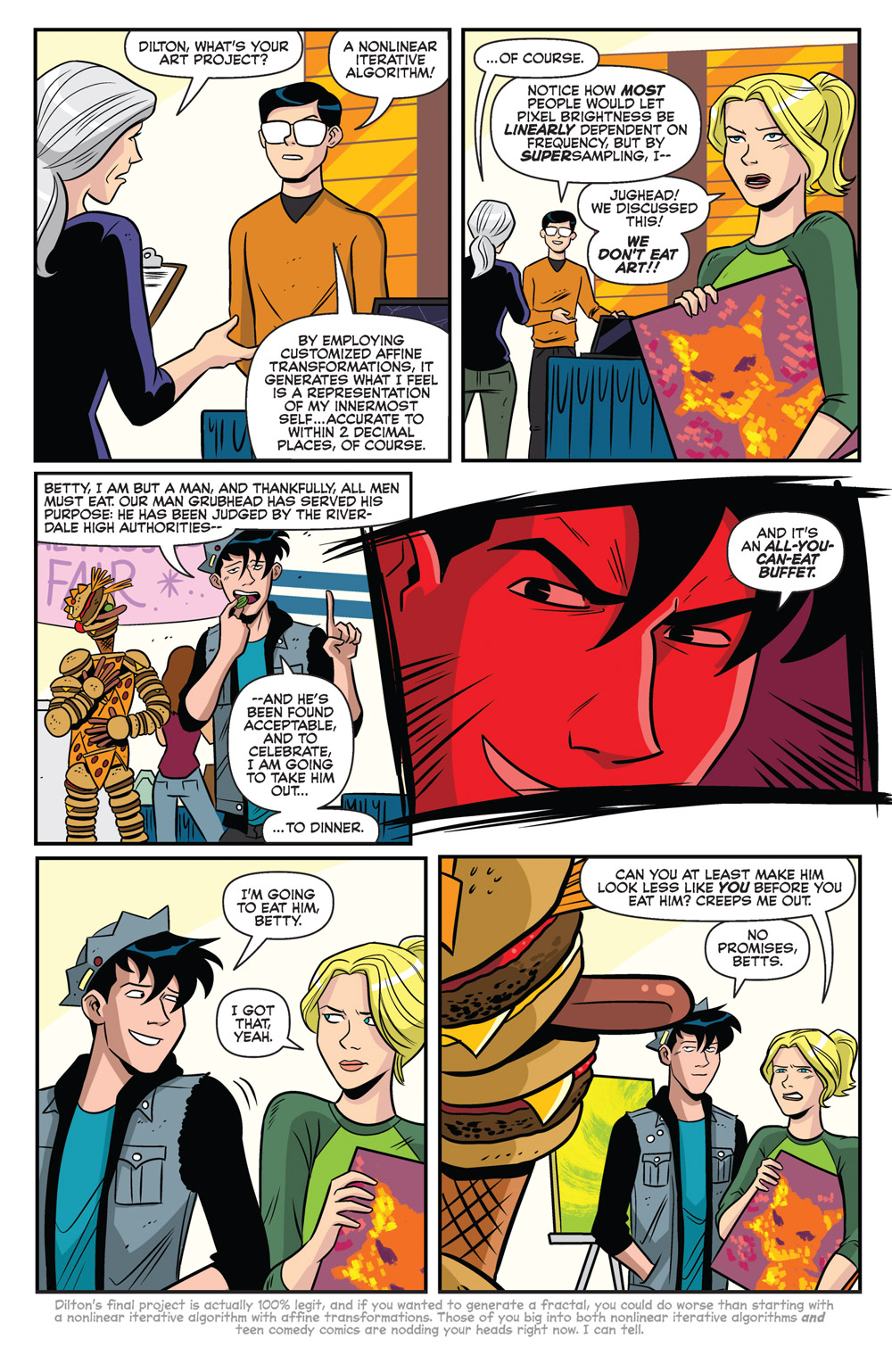 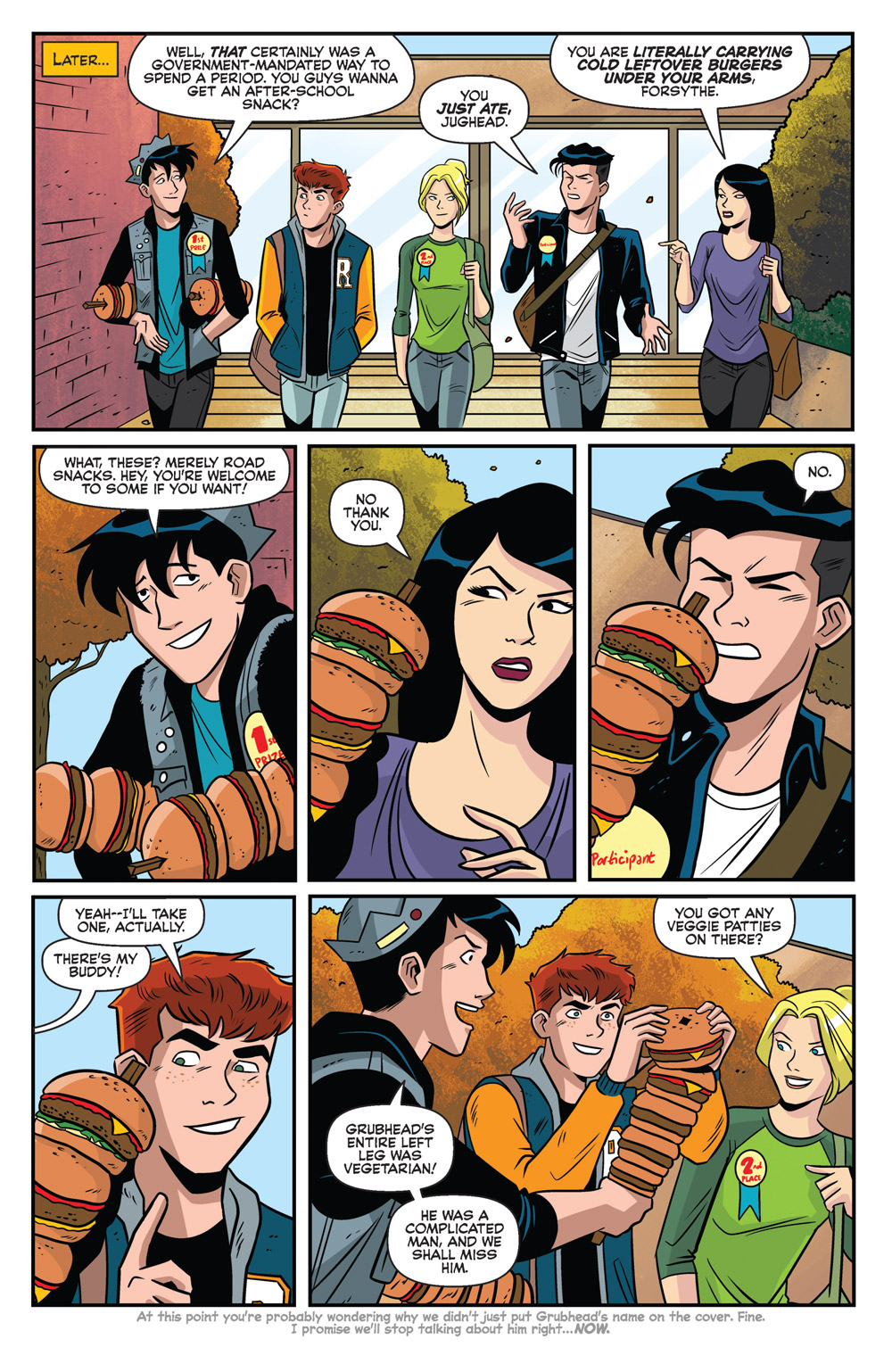 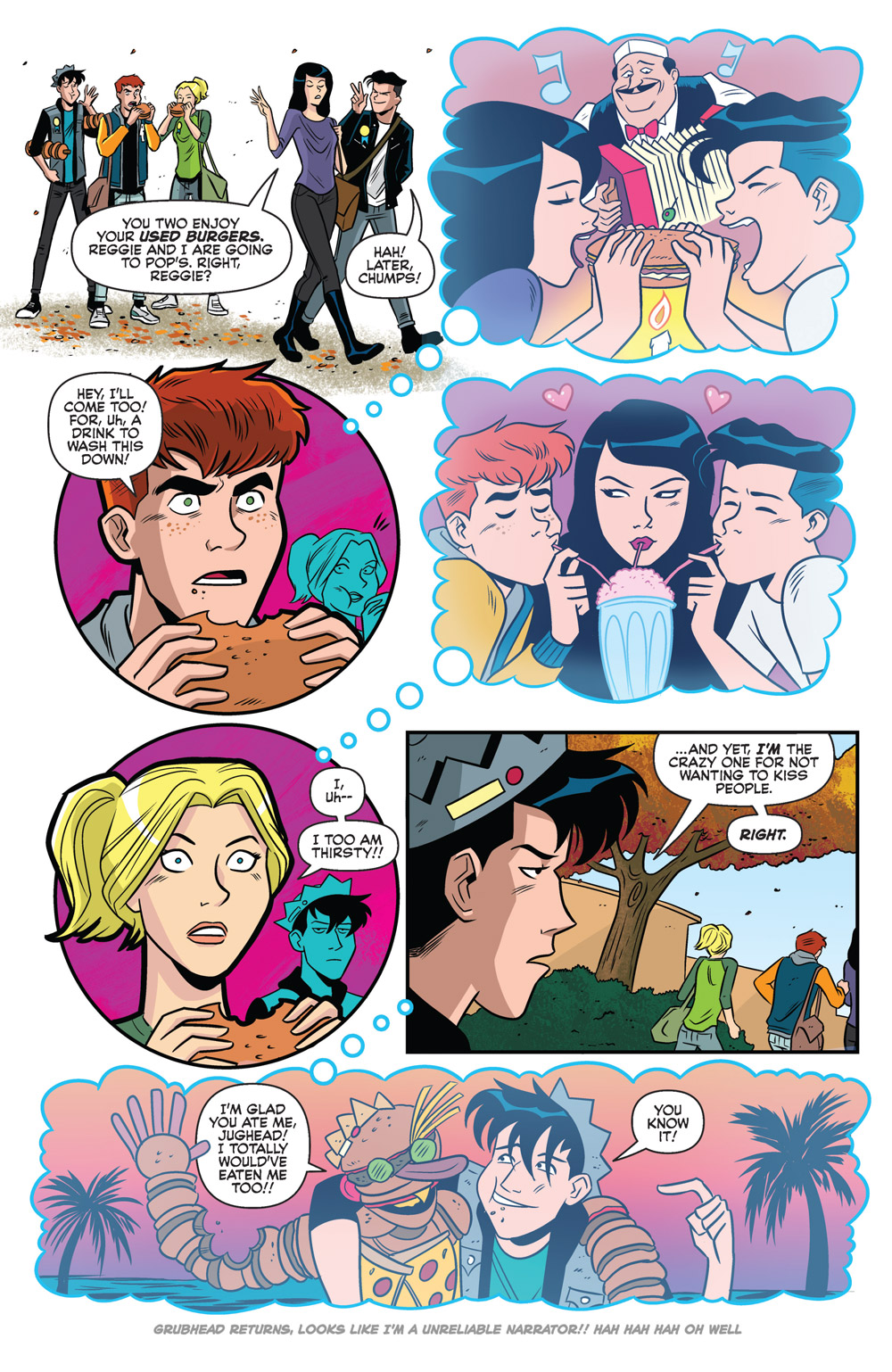