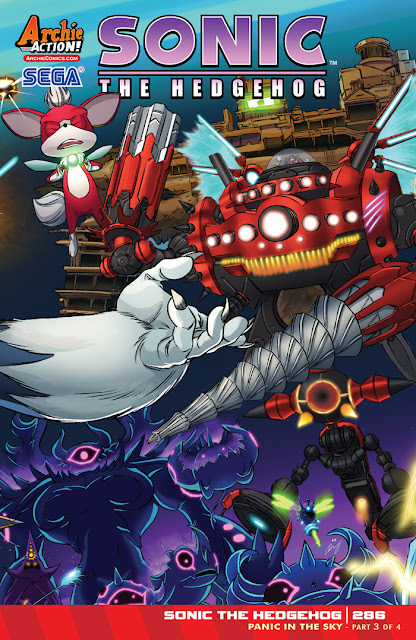 "Panic in the Sky" Part Three: The finale to the “Shattered World Saga” is reaching a fevered pitch!  Sonic battles Dr. Eggman in a desperate bid to rescue Chip!  The Freedom Fighters invade Eggman's refinery against impossible odds!  Rotor flies the Sky Patrol into a no-win battle with the Death Egg!  And it only gets more nuts from there! Featuring the third of four connecting covers by comics pro Dan Schoening plus an “Egg Dragoon” variant by Mr. Sonic comics, Tracy Yardley! 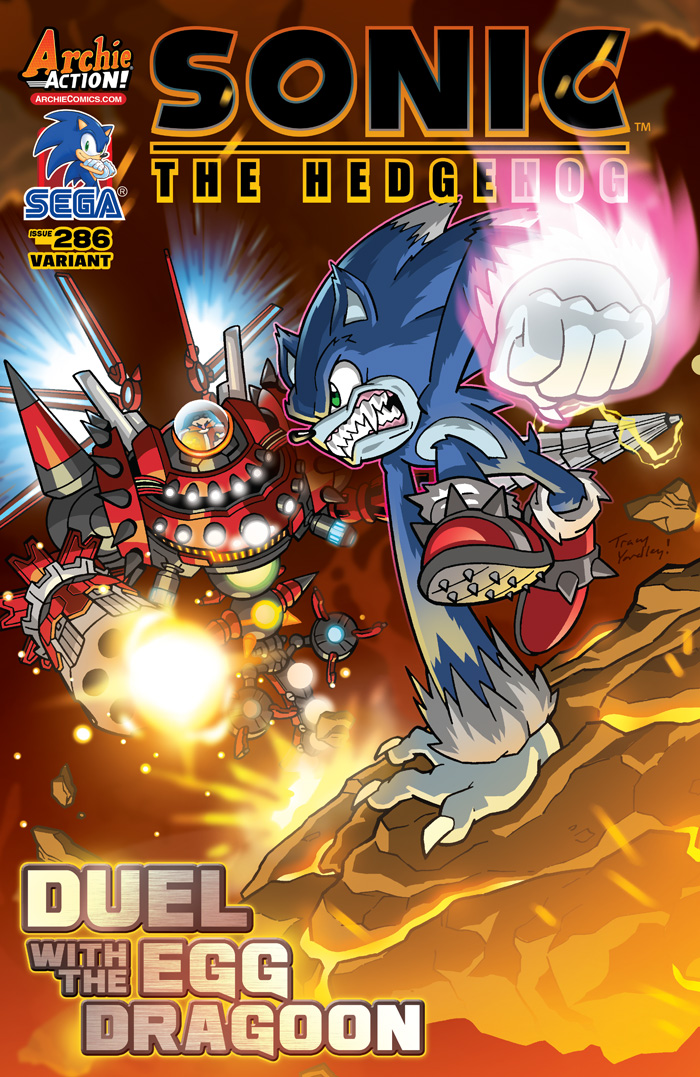 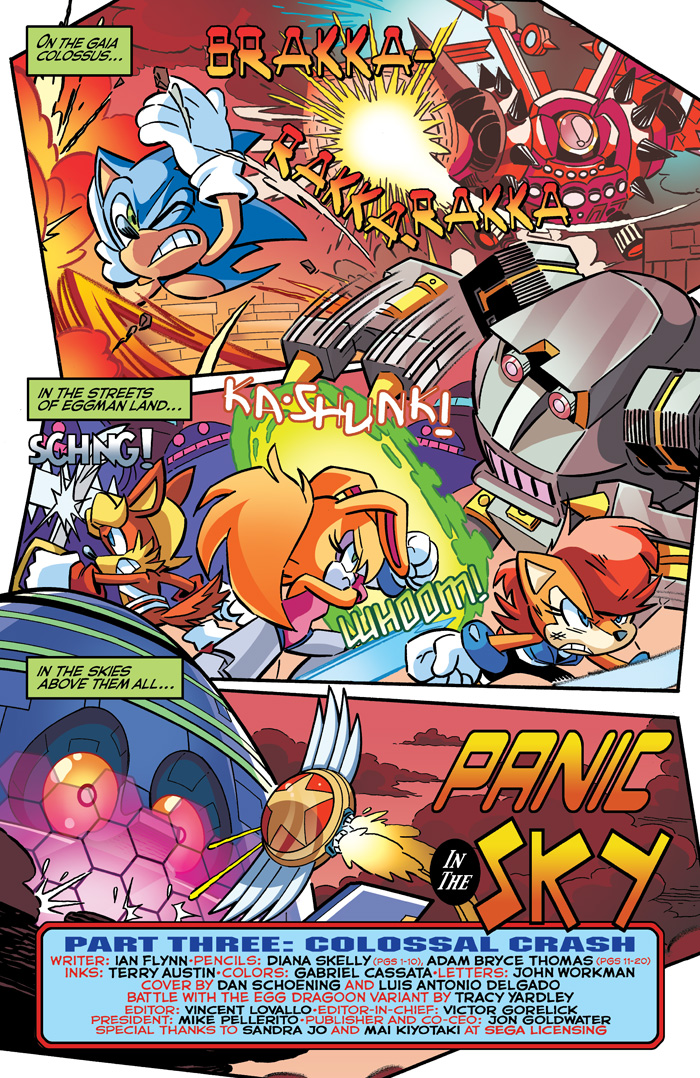 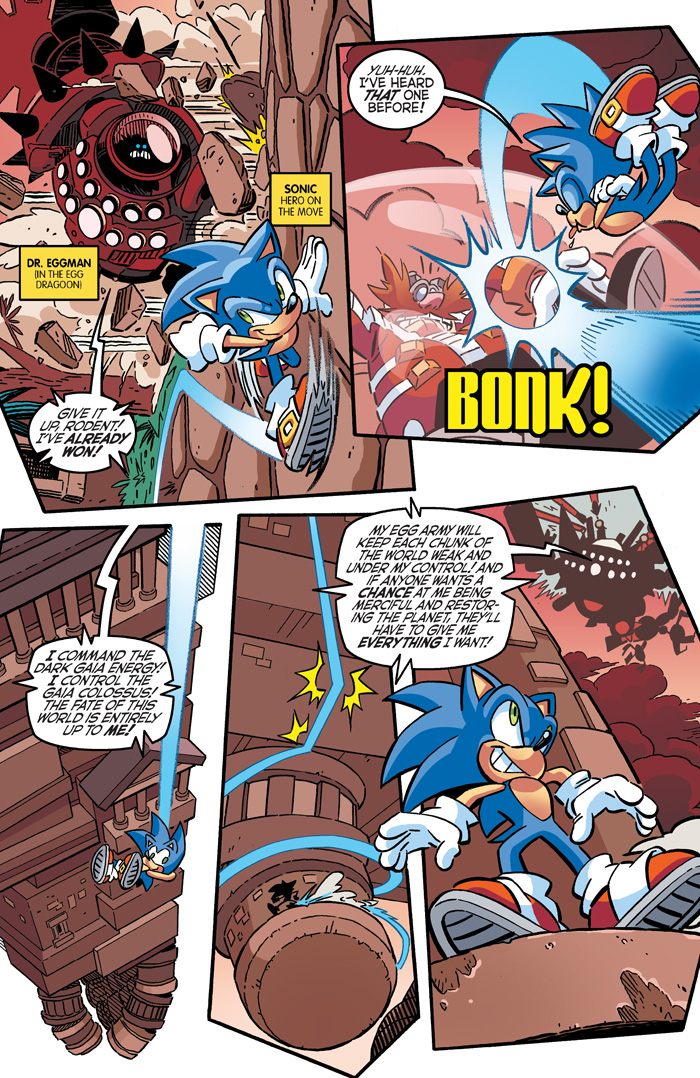 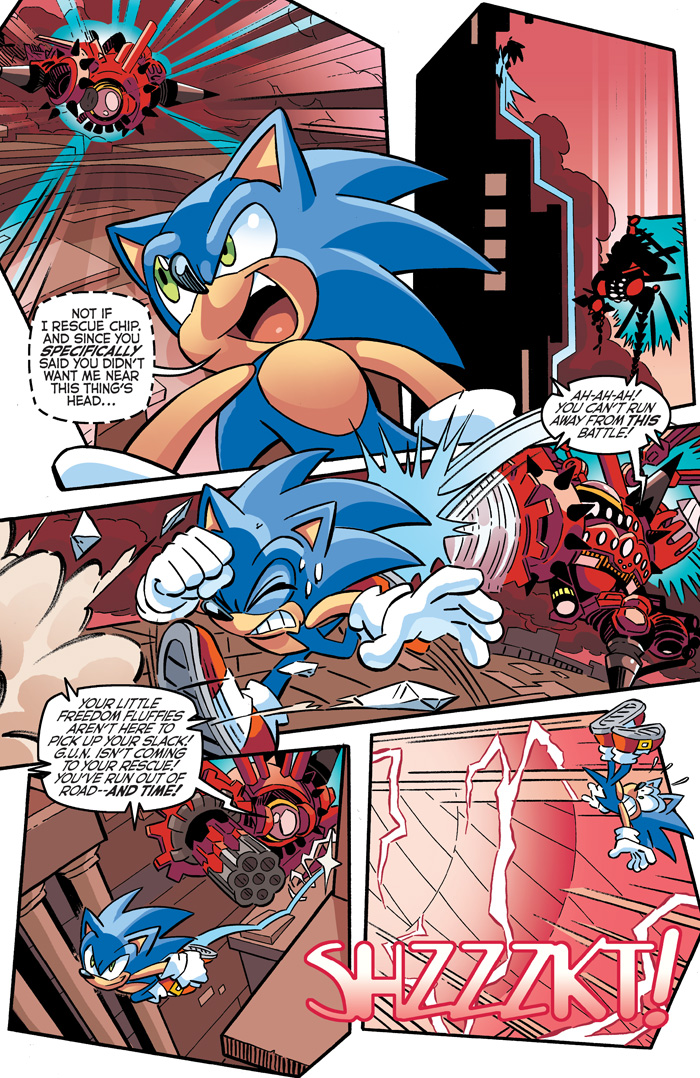 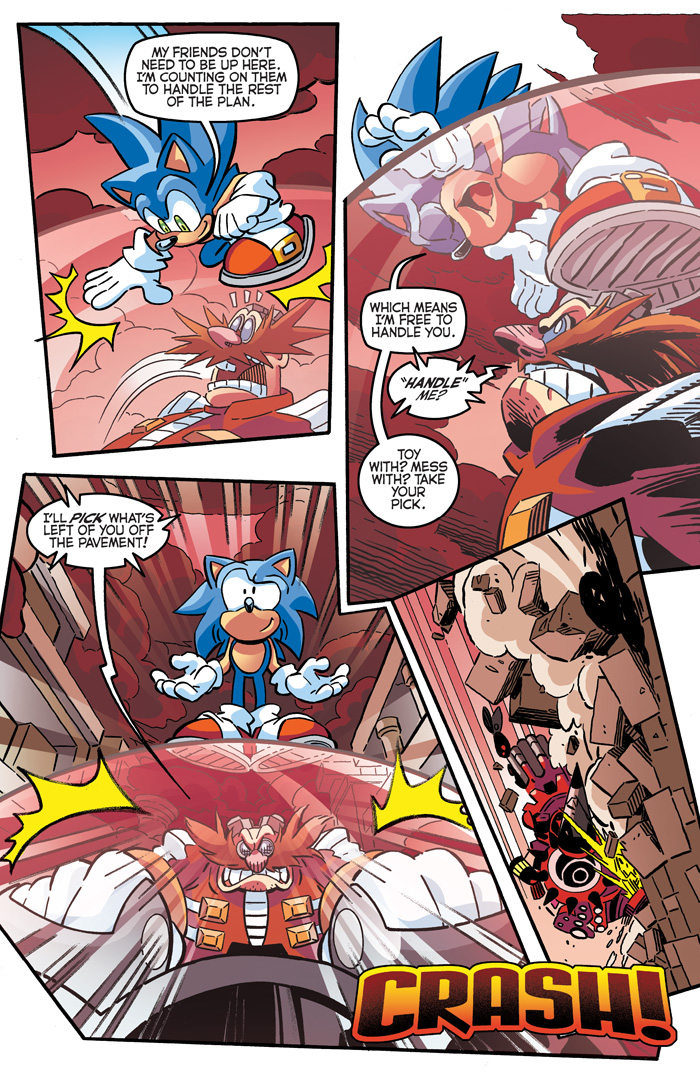 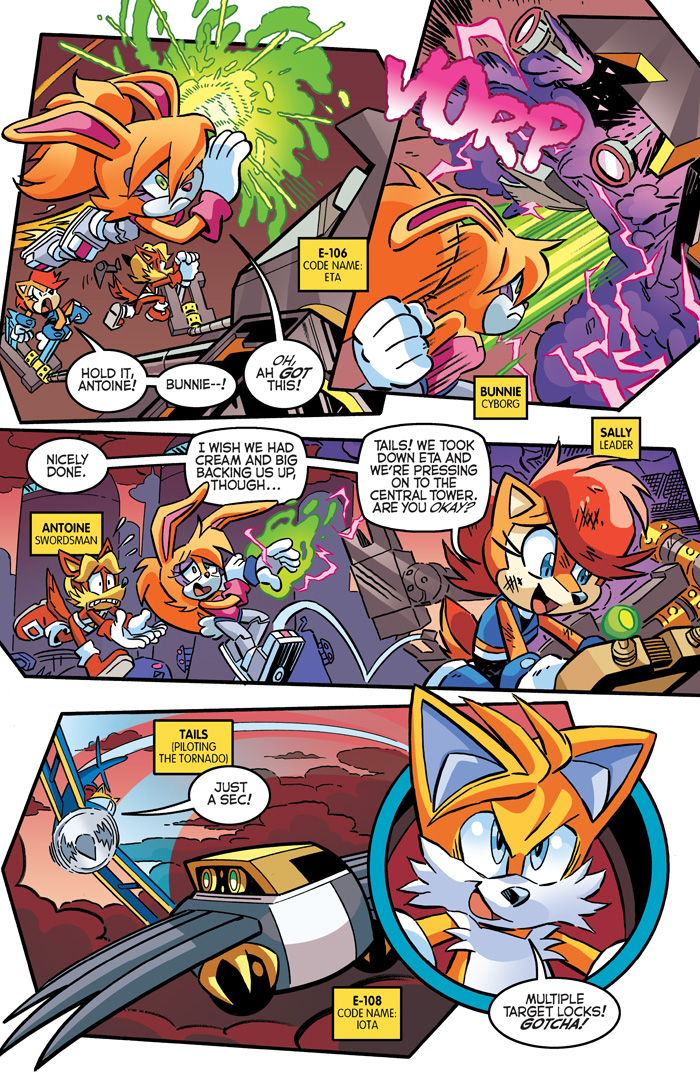