Set during Prohibition, and deep in the backwoods of Appalachia, MOONSHINE #1 tells the story of Lou Pirlo, a city-slick “torpedo” sent from New York City to negotiate a deal with the best moonshiner in West Virginia, one Hiram Holt. What Lou doesn’t figure on is that Holt is just as cunning and ruthless as any NYC crime boss. Because not only will Holt do anything to protect his illicit booze operation, he’ll stop at nothing to protect a much darker family secret...a bloody, supernatural secret that must never see the light of day… or better still, the light of the full moon. 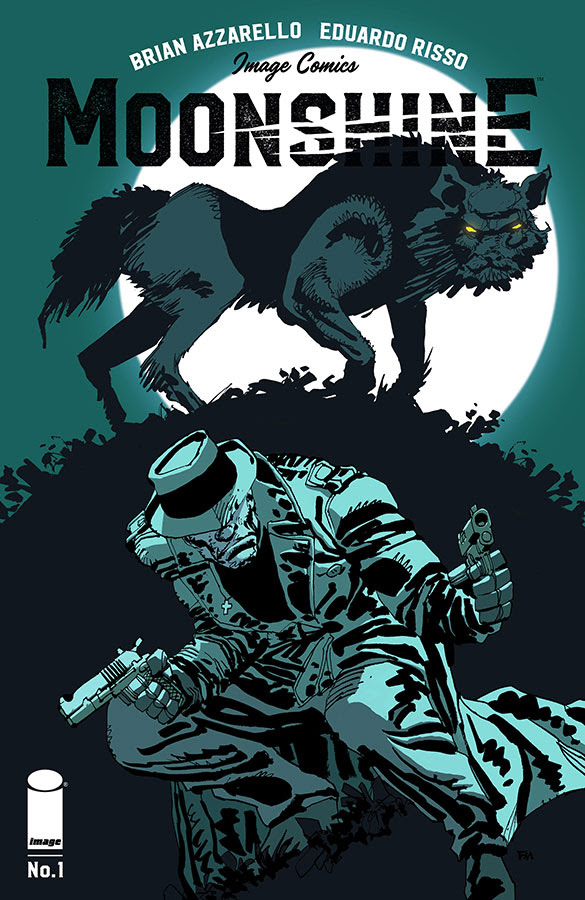 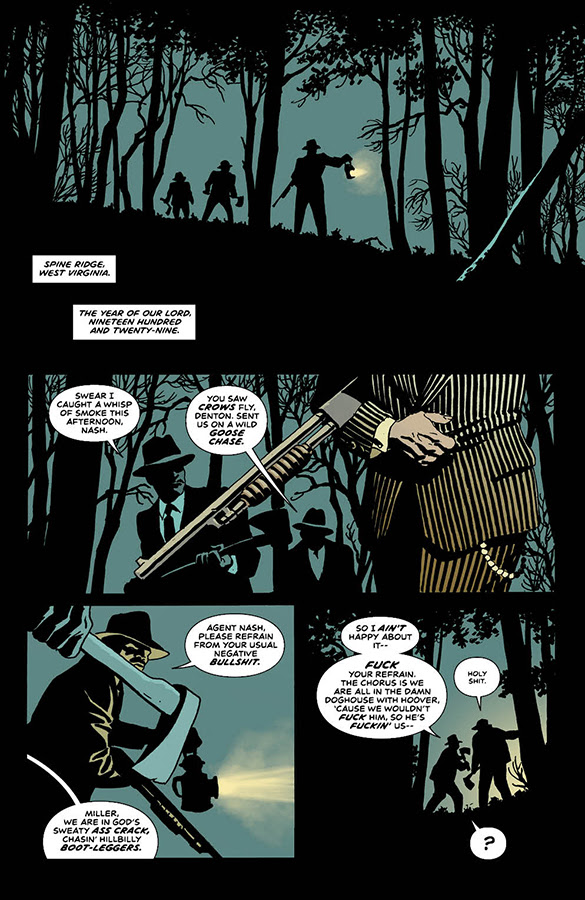 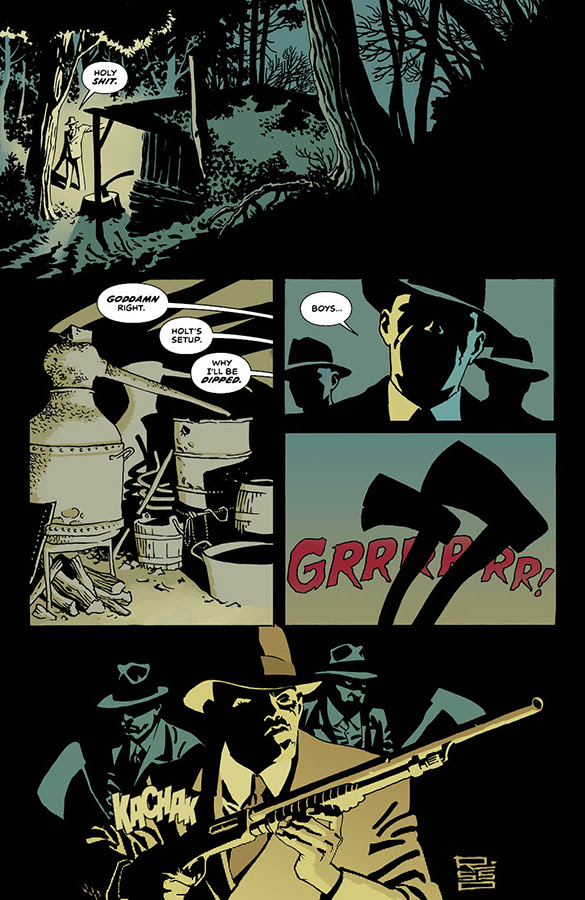 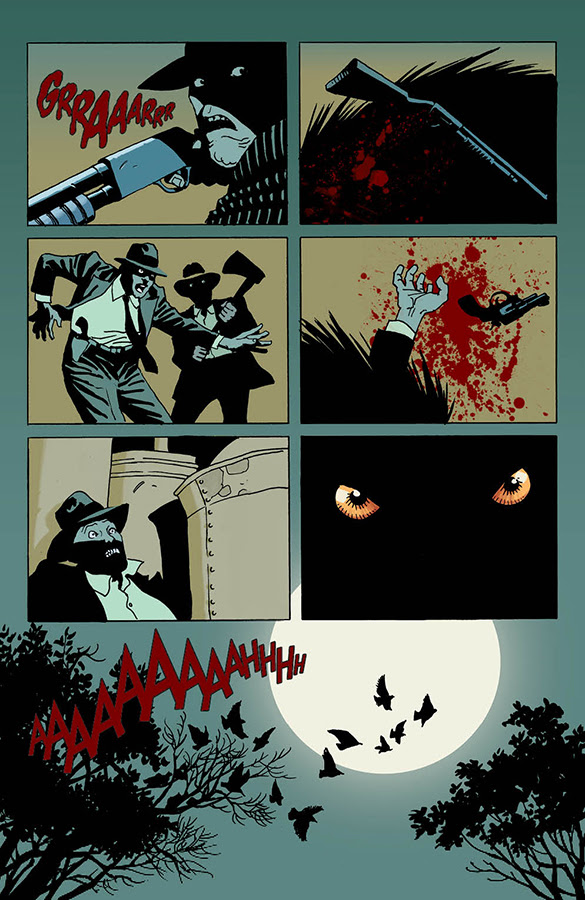 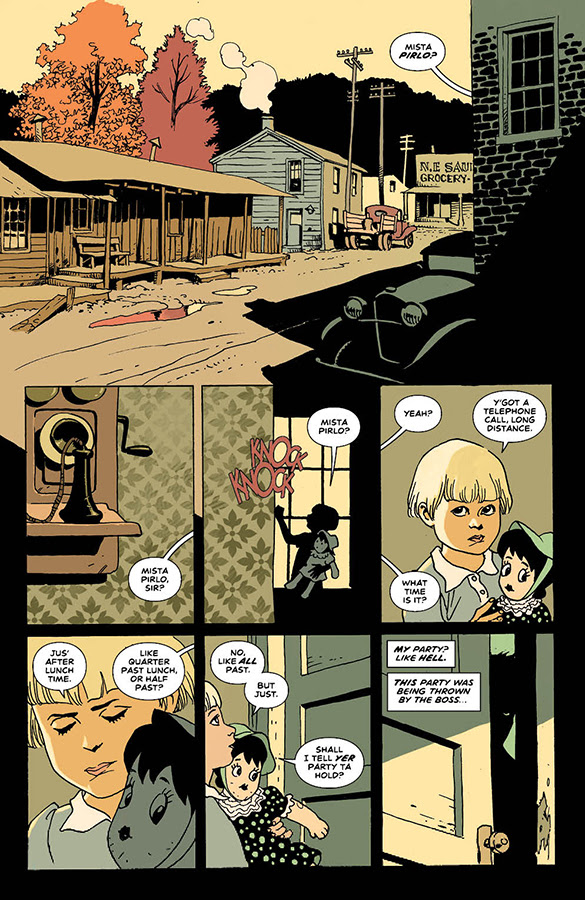 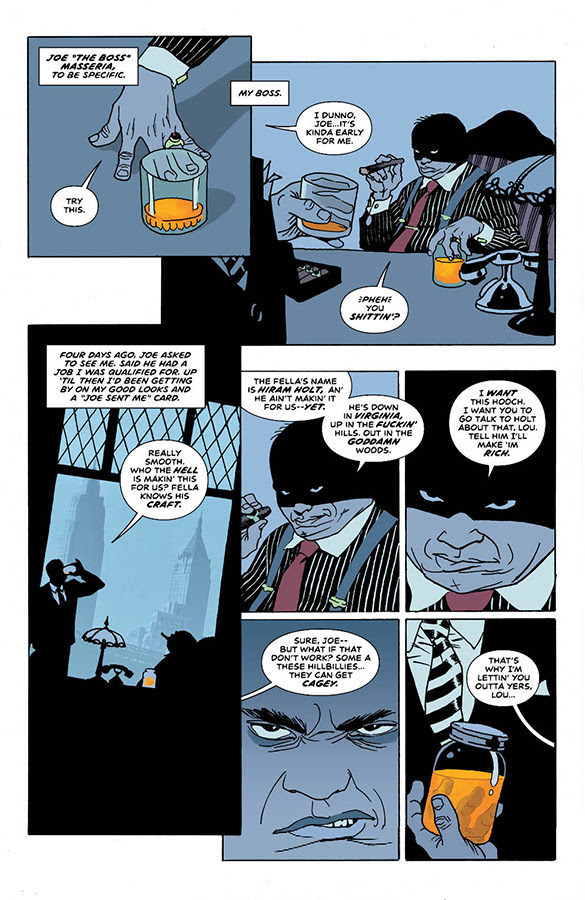 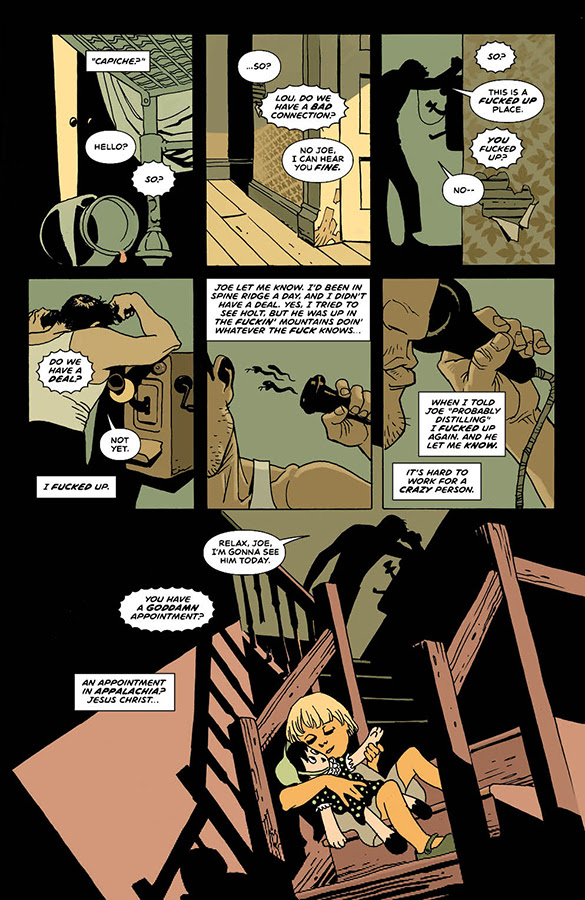