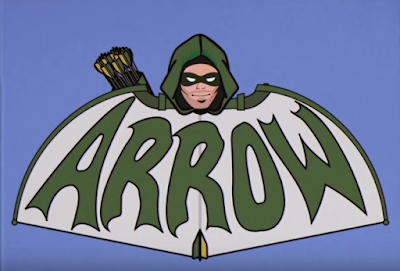 There are few television stars that embrace their fan base like Arrow's Stephen Amell. Whether it's fan art, fan films, or simply positive social media posts, he's always willing to interact with fans and thank them for supporting his work. He's especially active on Facebook where tonight he shared this fantastic 1966 television Batman-style animated opening featuring the CW universe of 'Arrow' entitled Arrow '66.

In the Earth-66 Multiverse, The Arrow TV show premiered in 1966 instead of Batman. With his super friends The Flash, Supergirl, and The Legends; Arrow fights crime in Star City against several nefarious foes and bases his operation in the Arrow Cave. Watch his crime-fighting adventures every Wednesday night - same Arrow-Time, same Arrow-Channel!

The video features all your favorite CW heroes and villains like The Flash, Supergirl, King Shark, Captain Cold, Gorilla Grodd, and so many more. It's so remarkably well done that it begs to become an animated series.