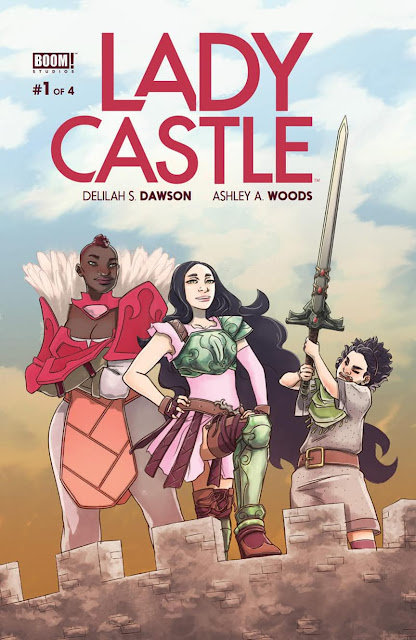 Novelist Delilah S. Dawson (Star Wars: The Perfect Weapon, As Wicked as She Wants, Wake of Vultures) brings her first original series to comics, and is joined by breakthrough illustrator Ashley A. Woods (Niobe: She Is Life) for a rollicking fantasy adventure featuring women reclaiming their lives on their terms.

When King Mancastle and his mighty vassals ride off on crusade, the women left behind are not at all put out—that’s a lot less armor polishing for them to do. Of course, when the men get themselves eaten by a dragon and leave a curse that attracts monsters to the castle…well, the women take umbrage with that.

Now the blacksmith’s wife Merinor is King, Princess Aeve is the Captain, and the only remaining (and least capable) knight Sir Riddick is tasked with teaching the ladies of the castle how to fight, defend, build, and do all manner of noisy things the men had been doing while the women assumed they were just drunk. 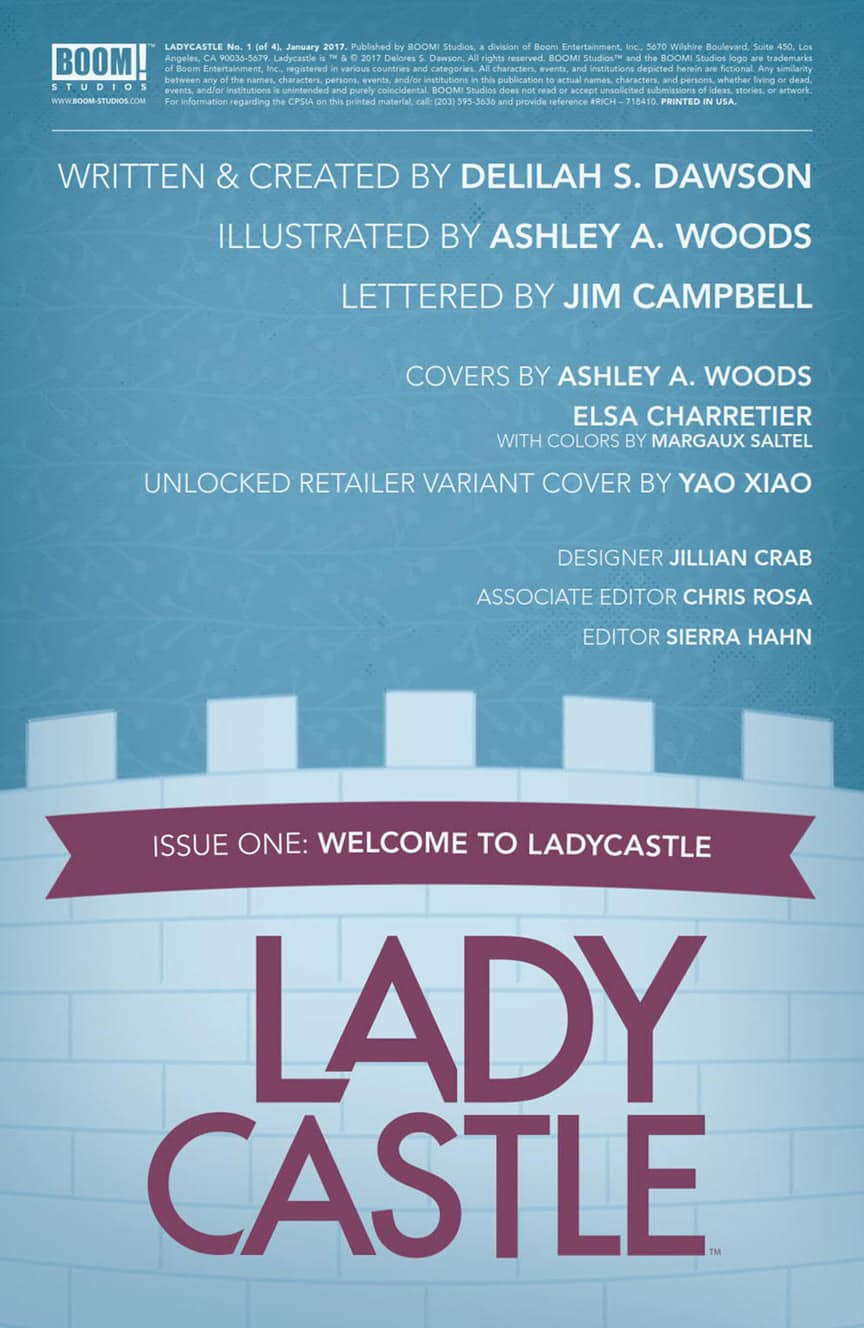 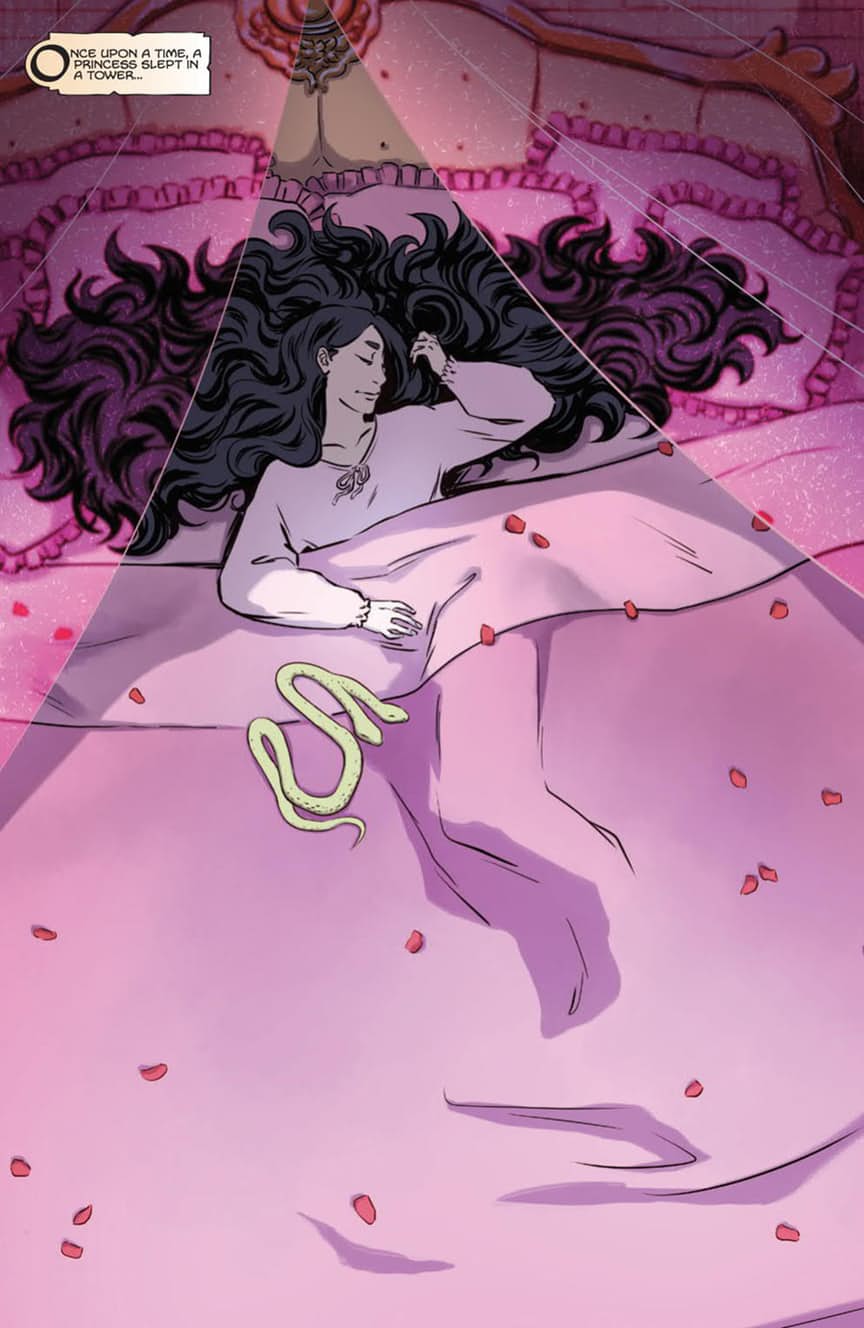 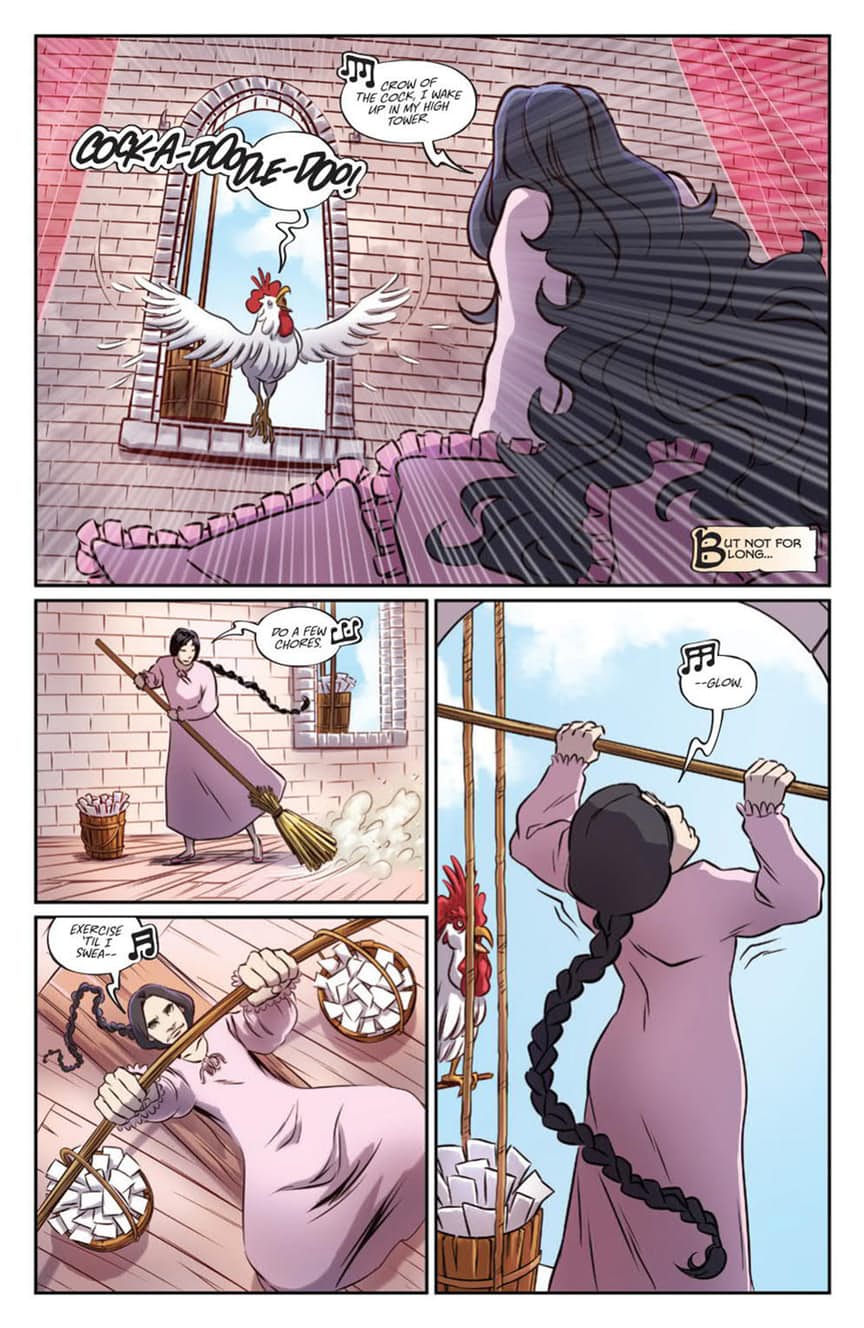 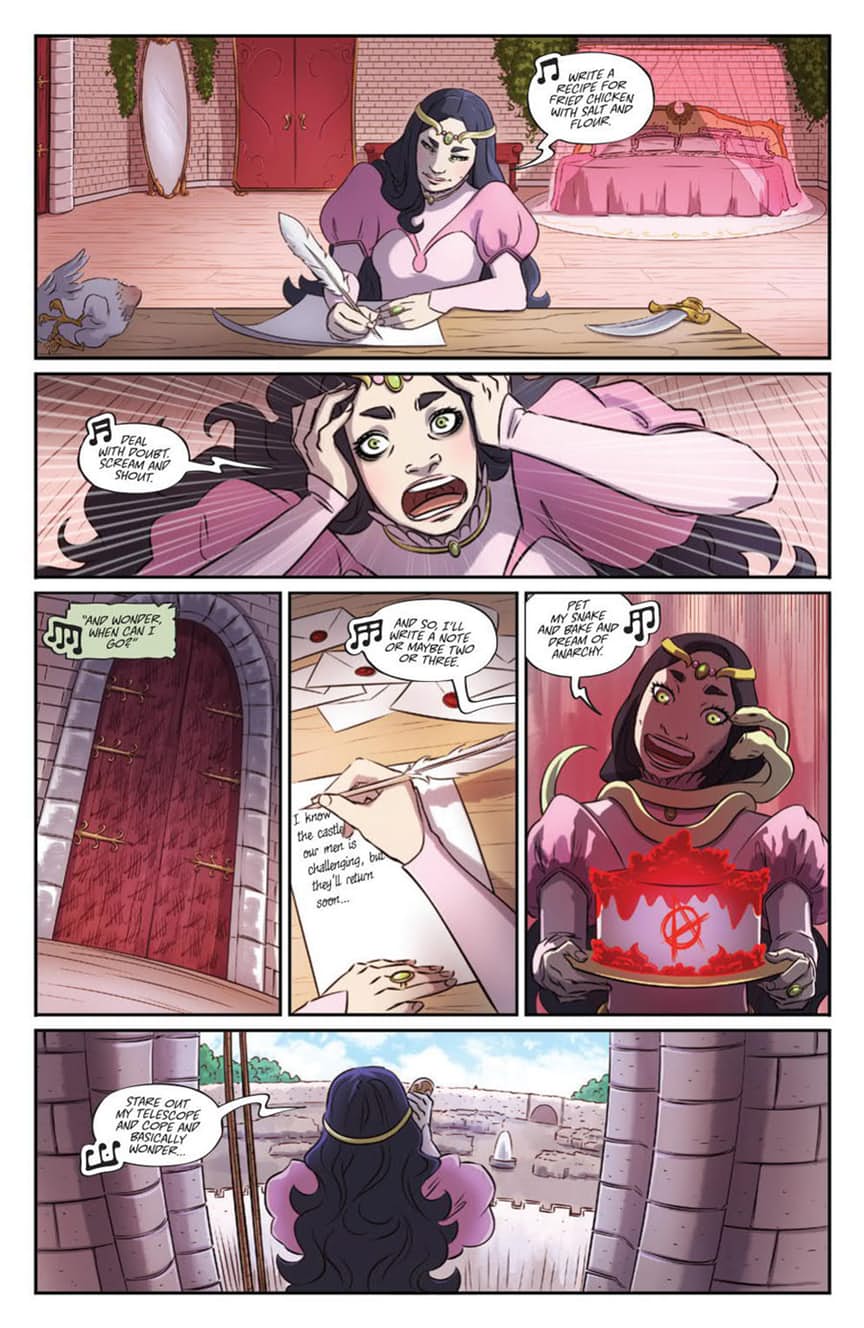 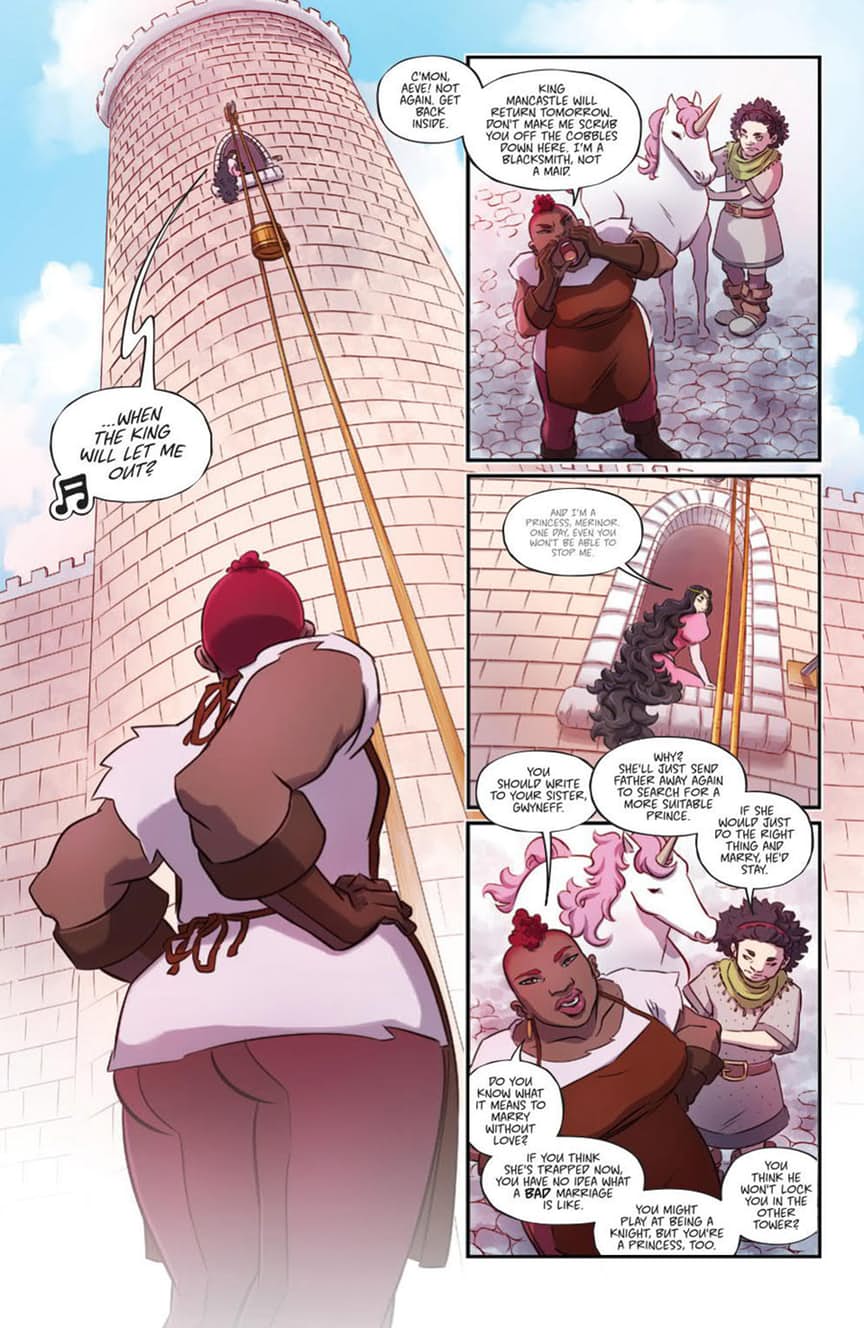 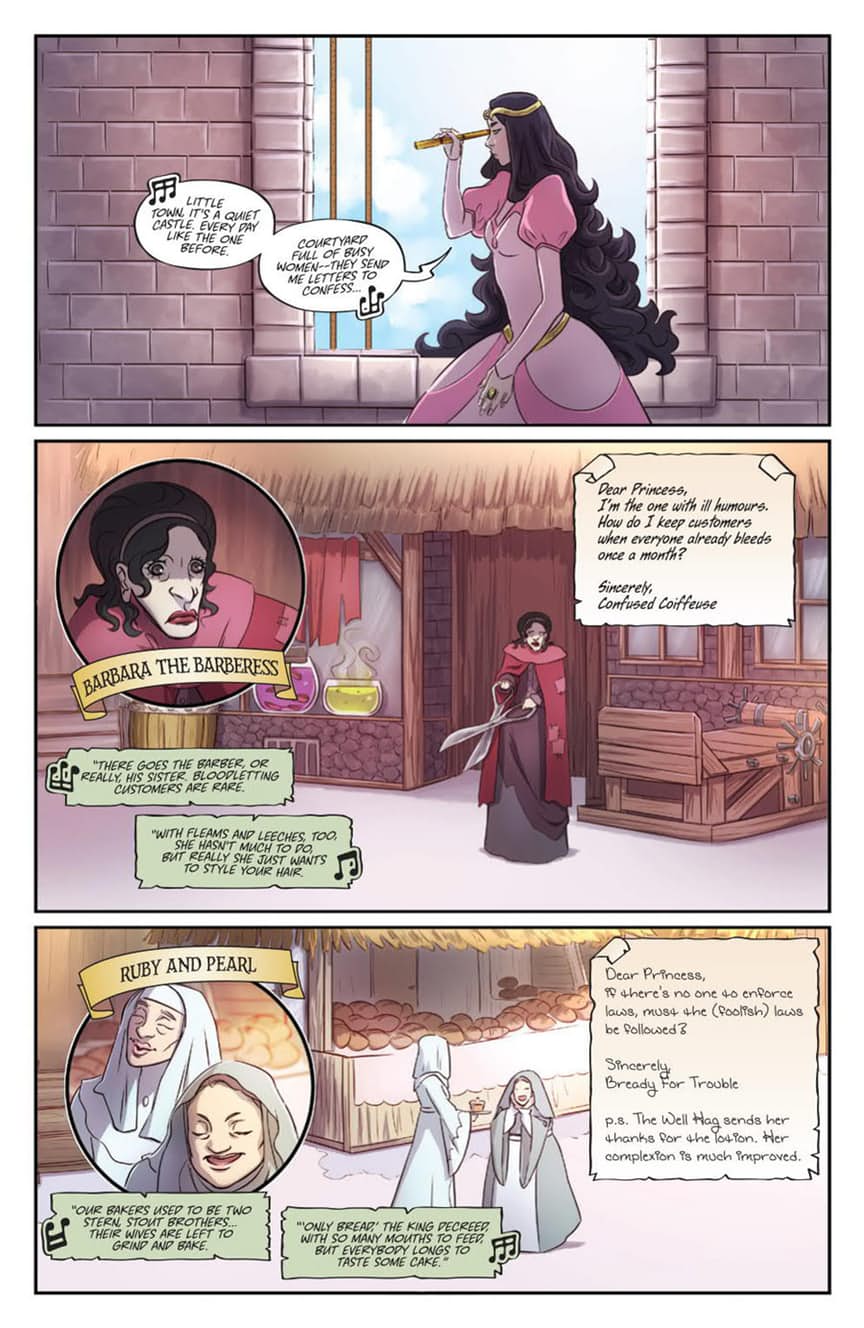 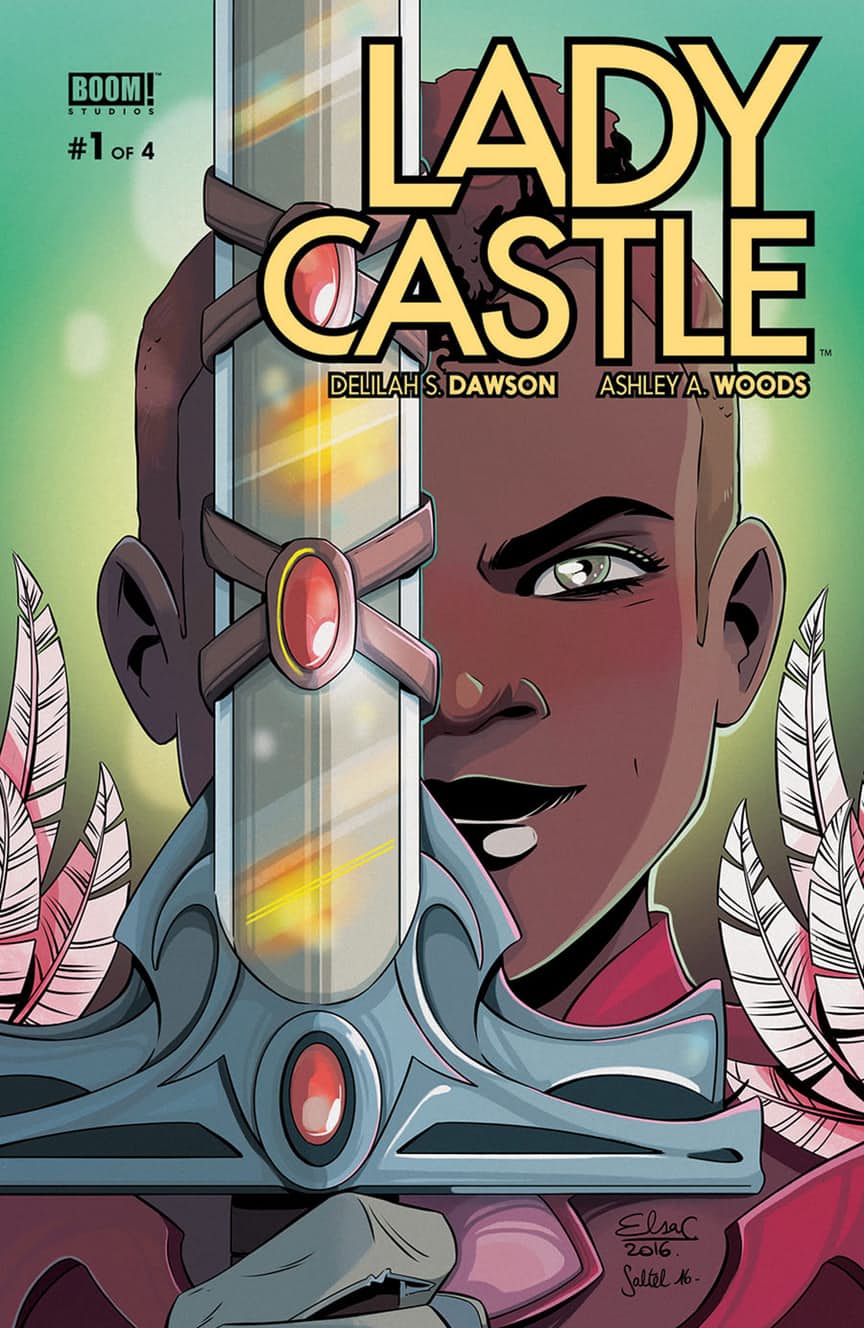 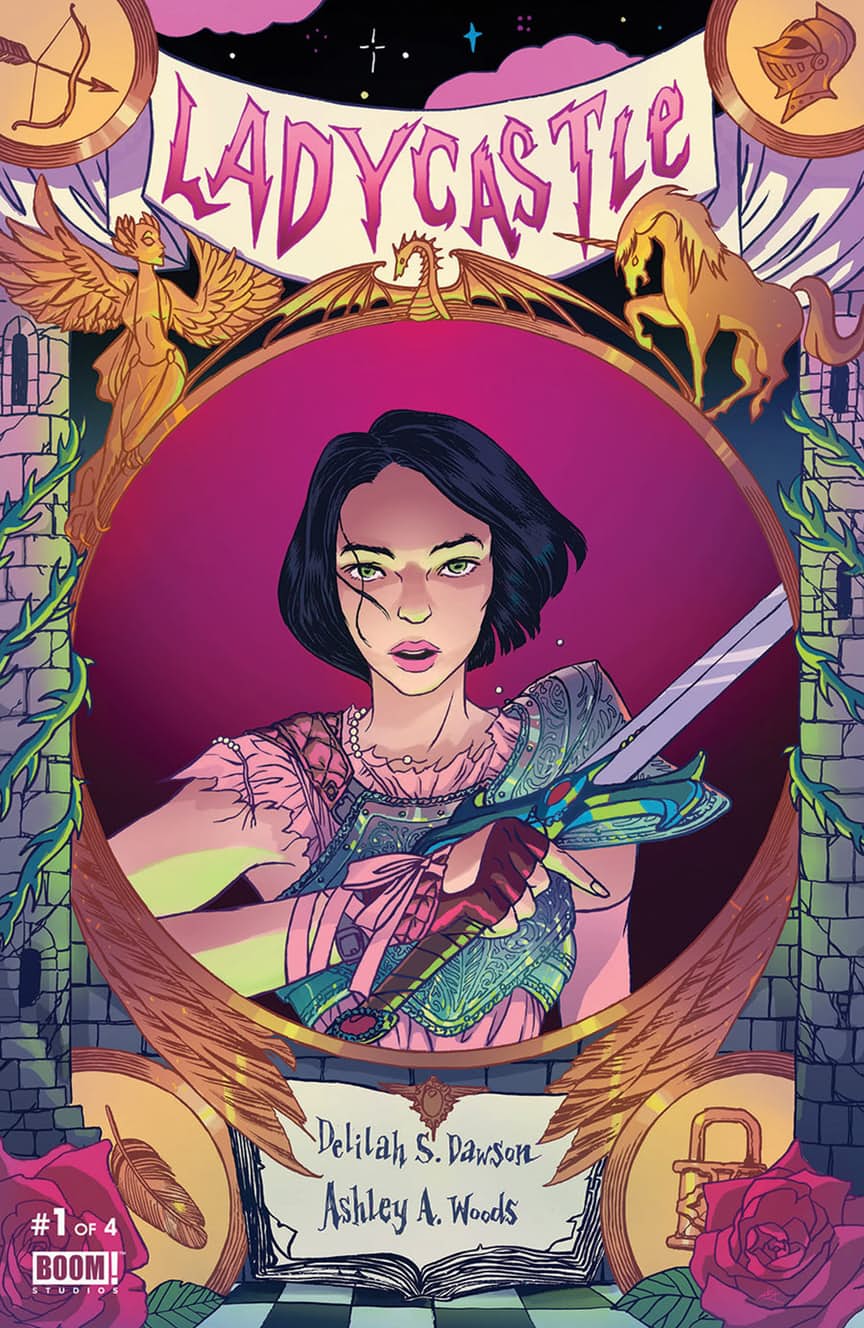