"If you want something said, ask a man; if you want something done, ask a woman." Margaret Thatcher knew first hand about taking action herself. This week in comics finds a lot of women getting the job done in notable new releases. Goldie Vance, Paper Girls, Josie and the Pussycats, Vampirella, Giant Days, Faith, The Unstoppable Wasp, and Vampblade are just some of the great titles featuring awesome female characters out Wednesday. Check out these books and more in this week's suggested reading list plus listen and watch the slideshow featuring Beyonce. It's all about girl-power this week. Happy reading! 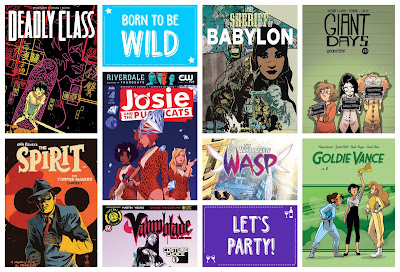 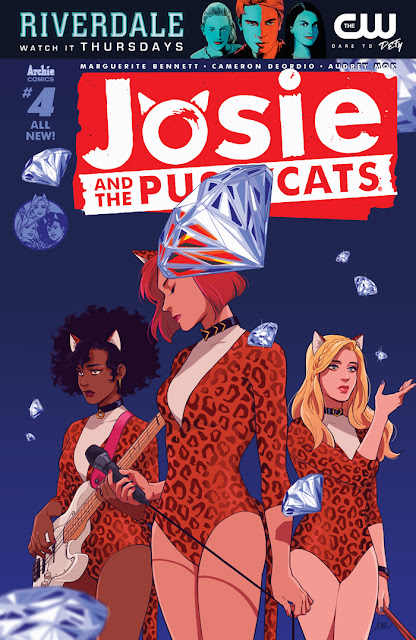 (W) Marguerite Bennett, Cameron Deordio (A/CA) Audrey Mok
"Three Cats by a Fountain." The Pussycats' careers really start to take off as they head off to Rome for glitz and glamour! But what happens when a gang of diamond thieves bursts onto the scene? And will Josie and Alan M's dynamic sparkle under the heat and pressure of life on the road? Or will Josie's hard-as-diamonds ambition cut them all to ribbons? 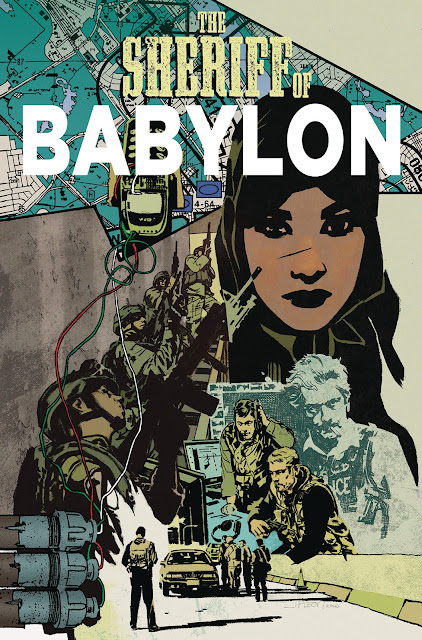 (W) Tom King (A) Mitch Gerards (CA) John Paul Leon
In these chapters from THE SHERIFF OF BABYLON #7-12, things are heating up in Baghdad. What started as the search for one man's killer has turned into something much deeper, and everyone lost something in the violence that followed. Now Nassir is in the hands of the men who may have been responsible for all of it. What they want from him is unclear, but it's a payment they intend to take in blood. Deals with the devil rarely go right, but in Baghdad, the wrong deal could get lots of people killed... 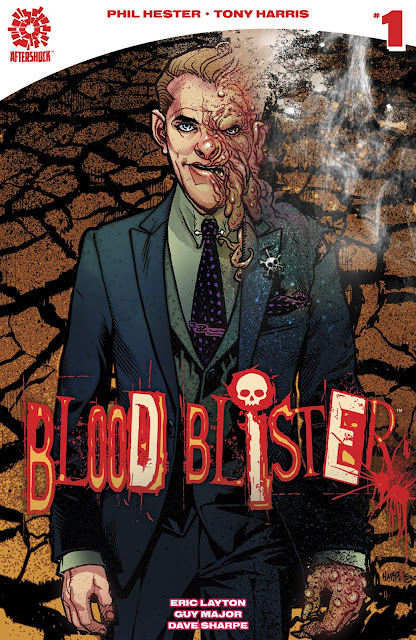 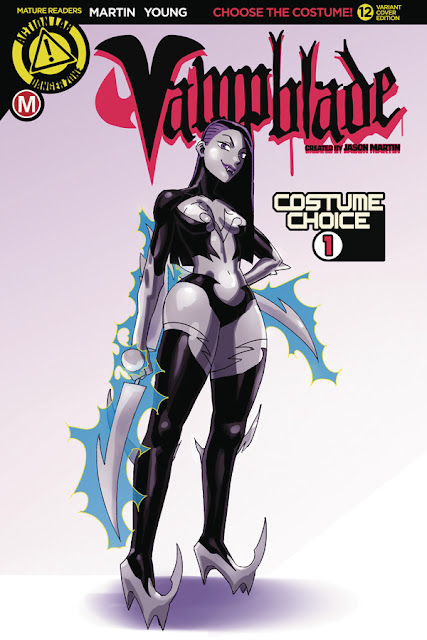 (W) Jason Martin (A/CA) Winston Young
This is it!!! It's time for our blade-wielding heroine to reveal another all-new costume... and conclude her first year as the other-dimensional space vampire huntress by night (and comic shop owner by day)! Will super-geek Katie Carva survive and continue on as the Vampblade, or will someone new pick up the mantle?!? This special issue features three variant covers that will determine the Vampblade costume for season two!! Your orders for each cover help decide which costume will be worn in the book moving forward! 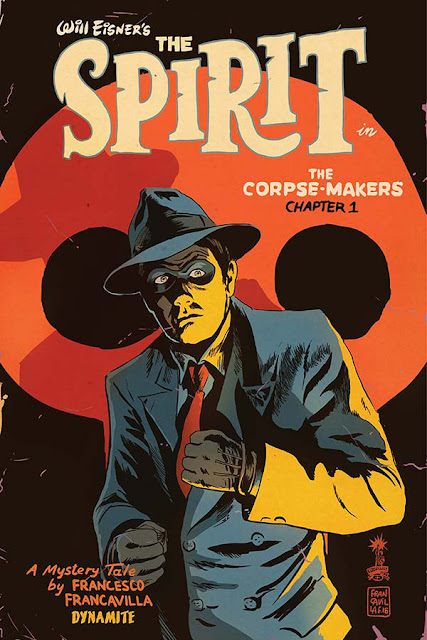 (W) Francesco Francavilla (A/CA) Francesco Francavilla
A series of unexpected disappearances and deaths hit Central City. Initially these cases seem purely unrelated: no apparent connection between the victims makes it easy for the police to just file them as runaways or natural deaths. But when someone close to Ebony White disappears, The Spirit is on the case! From the mind of writer/artist & Eisner winner Francesco Francavilla, comes a thrilling tale of The Spirit that promises to tingle your spines. 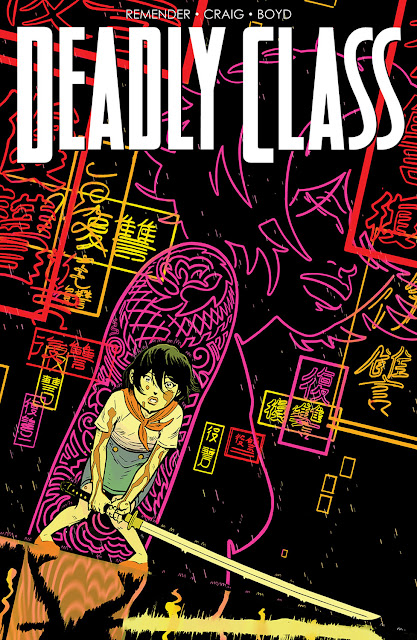 (W) Rick Remender (A/CA) Wesley Craig
Saya's secret history is finally revealed as she faces down a horde of assassins, who have come for more than just her life. 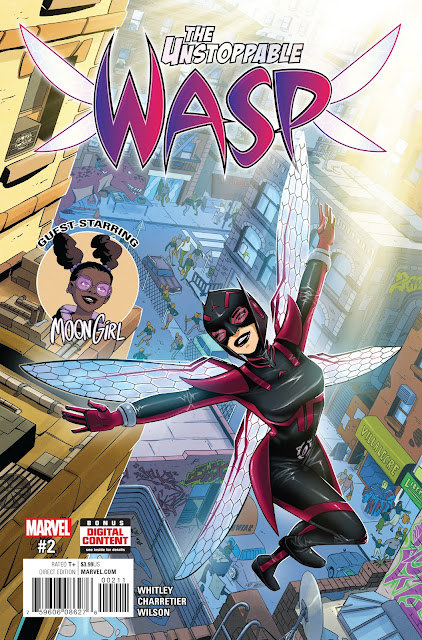 (W) Jeremy Whitley (A/CA) Elsa Charretier
• Nadia is on a mission to bring together the brightest Girl Geniuses of the Marvel Universe and change the world, but first, she has to figure out how to find them and get them to join her.
•  With her chaperone Jarvis by her side, her first recruiting mission is going to take her to Washington Heights in search of one of the greatest young engineering minds of our time...one no one has even heard of.
•  Guest-starring Lunella Lafayette, The Miraculous Moon Girl!
Rated T+ 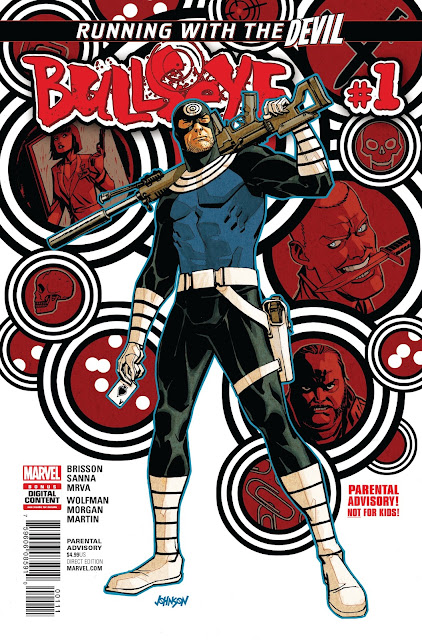 (W) Ed Brisson, Marv Wolfman (A) Guillermo Sanna, Alec Morgan (CA) Dave Johnson
SHOOT FIRST!
Daredevil, Elektra, Punisher... You name 'em, Bullseye beat 'em. But that was just business... This?
This is pleasure. What does the world's greatest assassin do for fun? Find out what Bullseye gets involved in for laughs in this deadly first issue, way down in South America!
Rated T+ 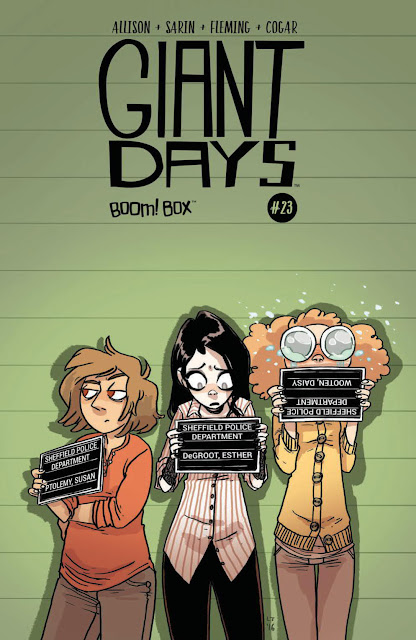 (W) John Allison (A) Max Sarin, Liz Fleming (CA) Lissa Treiman
The next-door neighbor calls the police on what may be the most sedate dinner party of all time, causing Susan to deliver a furious and extremely unkind-but totally justified-opinion on the matter. 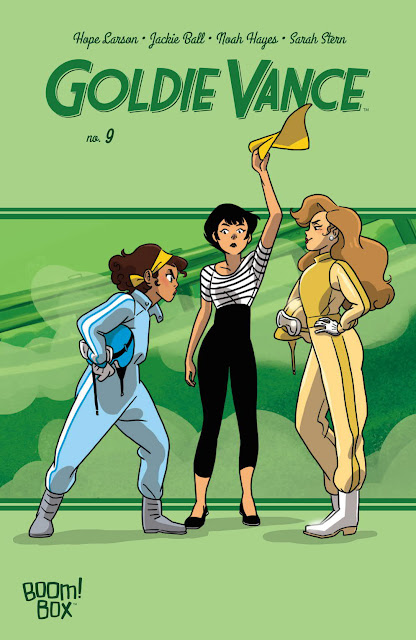 (W) Hope Larson, Jackie Ball (A) Noah Hayes (CA) Kat Leyh
We're back for another arc with master teen detective Goldie Vance! This time it's a real "fast-paced" mystery, as Goldie's investigations take her to the racetrack...and pit her against her rival, Sugar Maple! 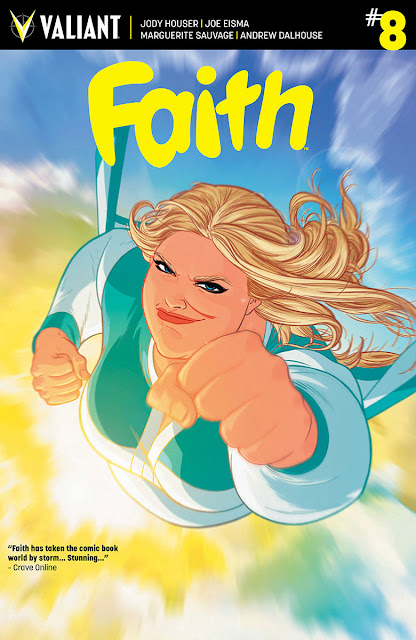 From Hollywood's darkest shadows, an old enemy rises to extract revenge on Faith! A superhero's work is never done...and, now, one of Faith's former adversaries has returned for a fateful rematch that will put the life of Los Angeles' greatest hero into a tailspin. And when this familiar assailant finally shows their true face, will the high flying psiot have the strength to put them down for good? 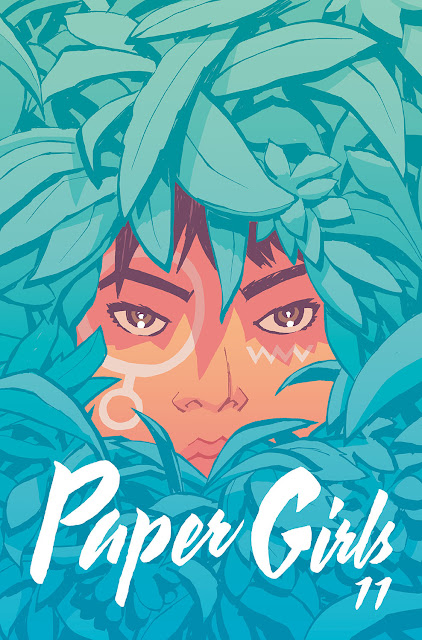 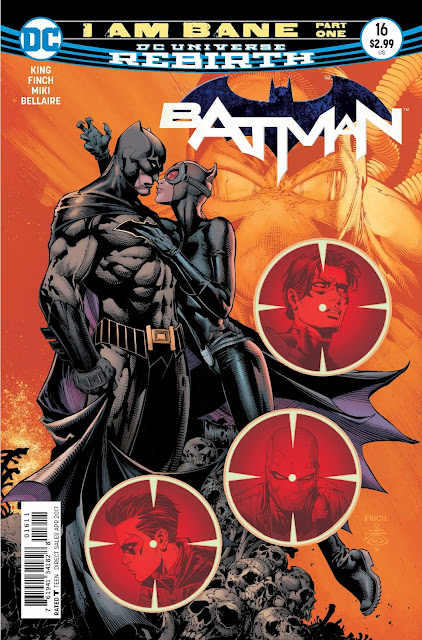 (W) Tom King (A/CA) David Finch
"I Am Bane" part one! Bane is coming for Batman. Bruce must keep those he loves safe for five days in order to save Gotham Girl once and for all. But Bane will stop at nothing, and no one is safe.
RATED T 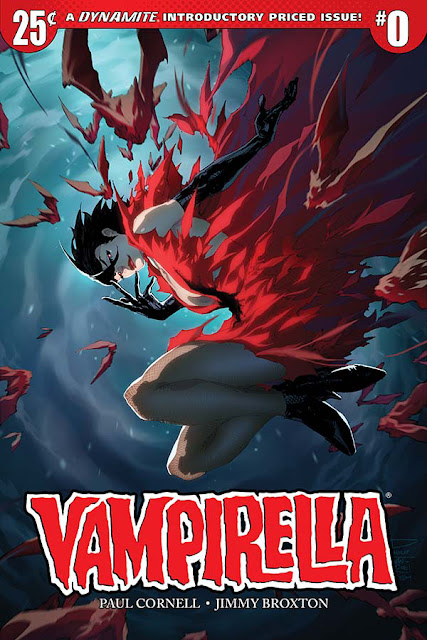 (W) Paul Cornell (A) Jimmy Broxton (CA) Philip Tan
Beginning a new and VERY different direction!  Vampirella was last spotted in 2016 doing what she does best-defending the world from threats both mystic and evil. She hasn't been seen since.  Now, over a thousand years later, she's poised to make her fateful return, but the world that awaits her is unlike anything she might expect-or want to defend! Written by acclaimed comics, novel and television writer Paul Cornell (This Damned Band, Doctor Who) and illustrated by the masterful Jimmy Broxton (Goldtiger, Knight & Squire), it's the start of an adventure for Vampirella unlike any she's had in her long and storied history. Don't miss the train before it leaves the station!