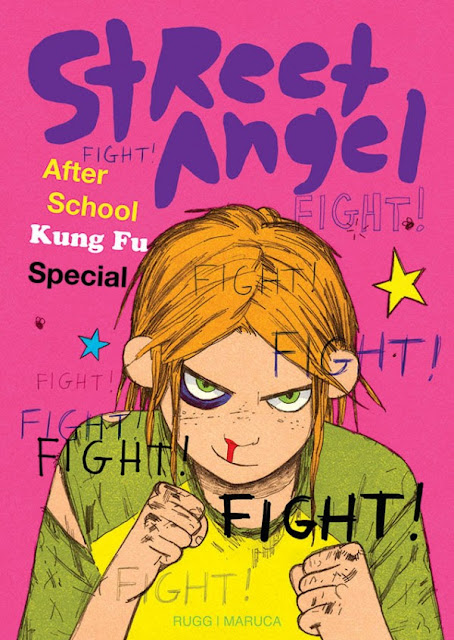 Sanchez is a kung fu master on a skateboard and a homeless orphan failing seventh grade.

In STREET ANGEL: AFTER SCHOOL KUNG FU SPECIAL, Jesse takes the Ninja Kid to school! Her fists are the facts and his face is the report card! Meanwhile, Saturday night's the big dance and Jesse doesn't want to go! Is love in the air? No. No, it’s not.

Brian Maruca says "STREET ANGEL puts the fun back into being an orfun." 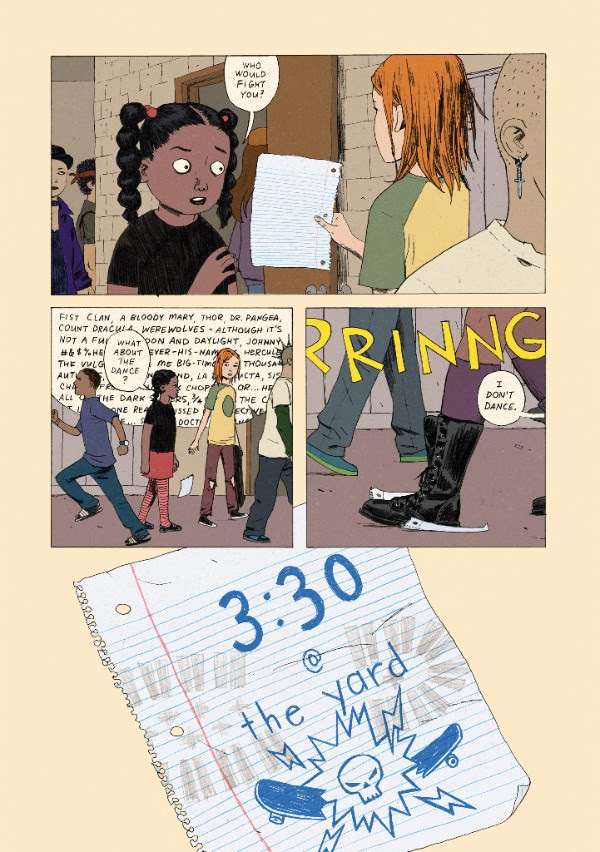 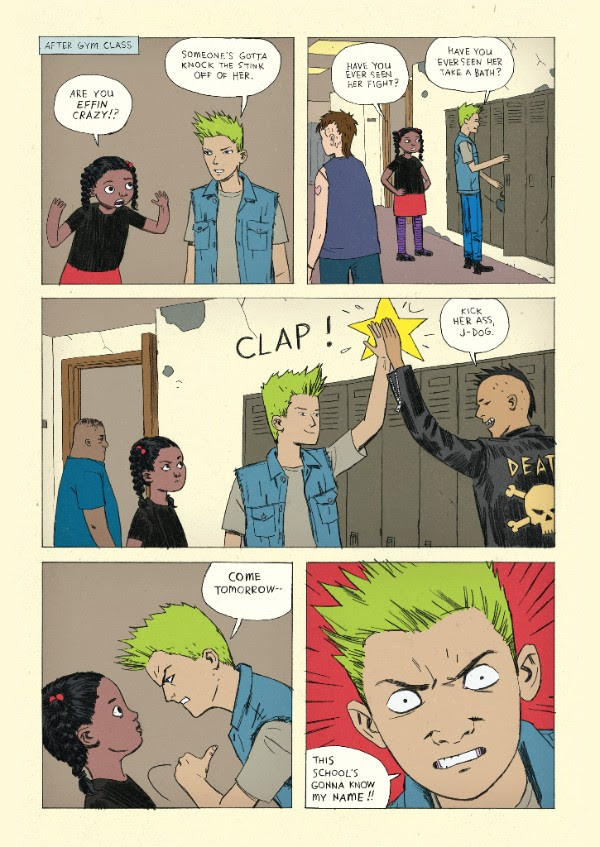 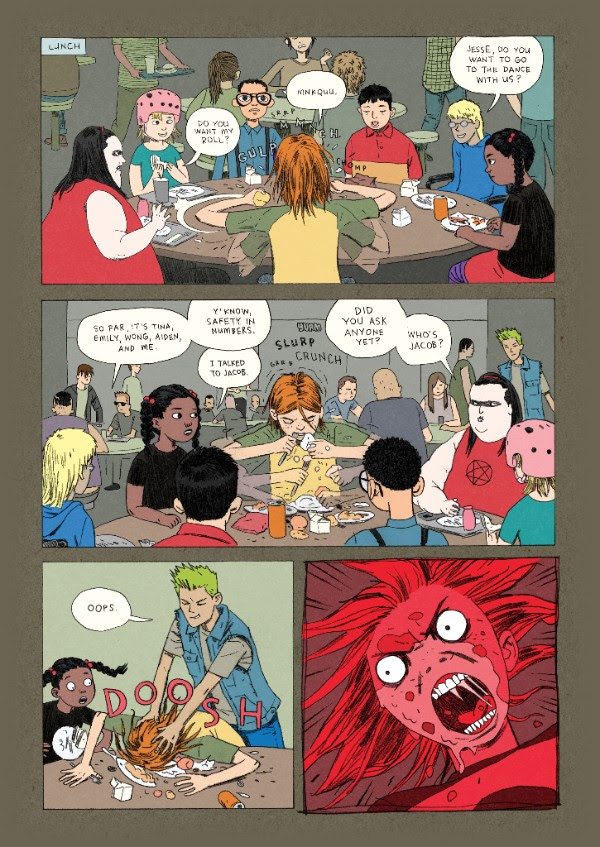 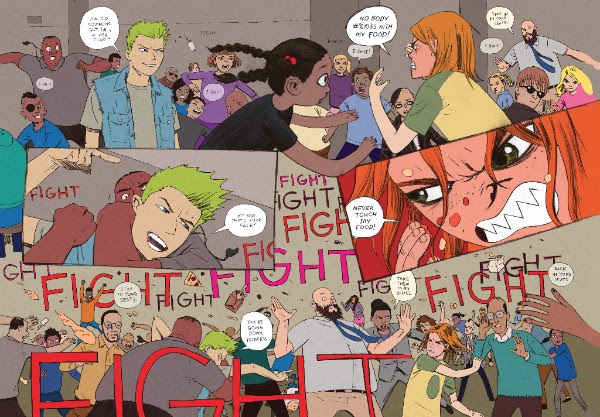 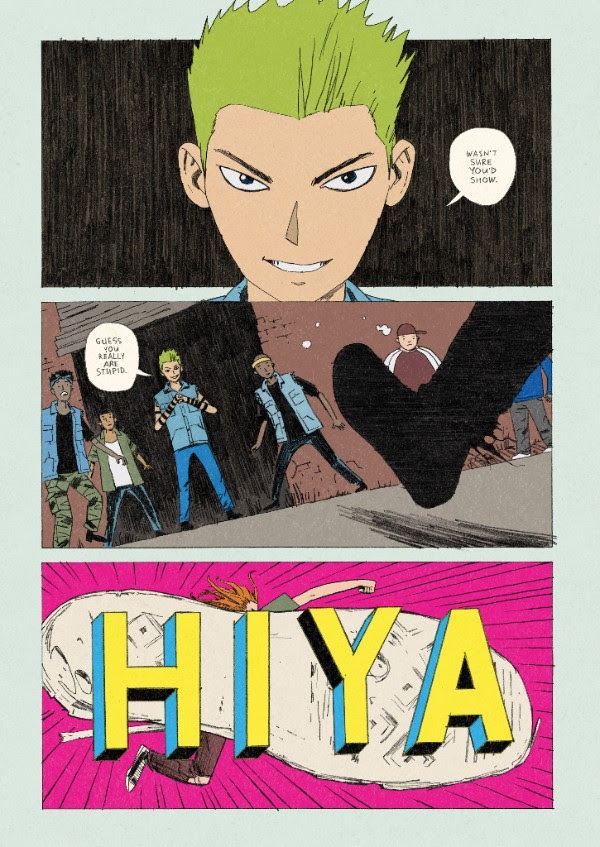