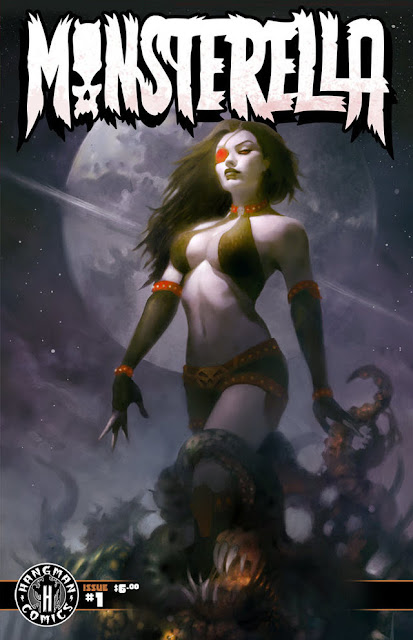 Monsterella revolves around the continuing adventures of Montrossa Rella, AKA “Monsterella”, the warden of an intergalactic prison planet, where the galaxy’s worst of the worst monsters are imprisoned and isolated from the rest of the universe. All hell breaks loose when an unexpected revolt overthrows her and threatens the safety of the entire galaxy!


MONSTERELLA, an action/adventure/horror/sci-fi anthology inspired by the classic “Vampirella” and “2000 AD” magazines of the 1970’s by Canadian publisher Hangman Comics. 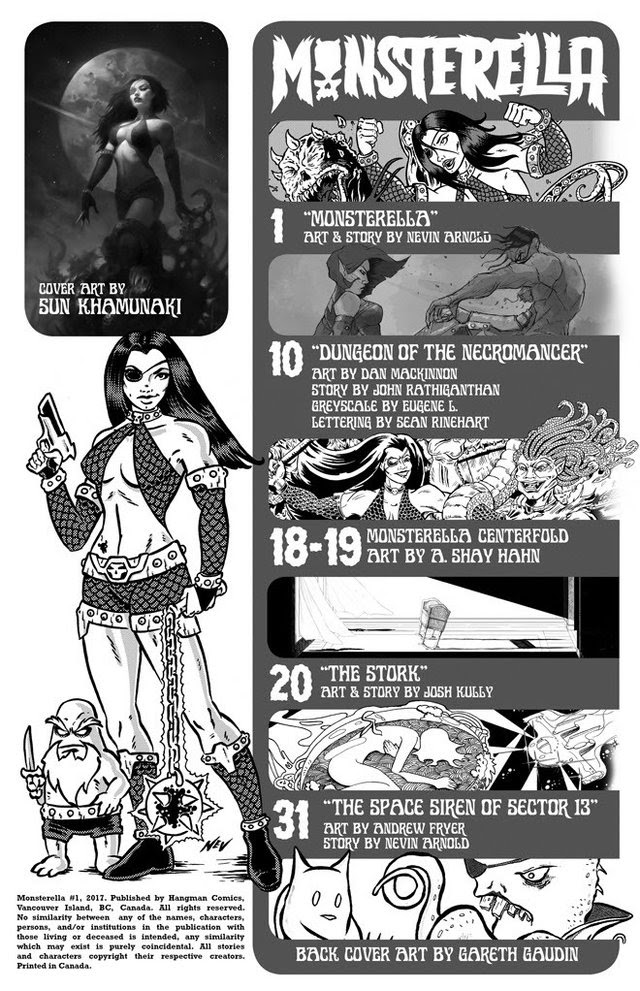 But her adventures are just one chapter of the book. In the style of the classic Vampirella magazines, Monsterella goes on to introduce other astonishing tales told and illustrated by a creepy collection of Canadian talents that will be sure to chill and thrill you cover to cover! Featuring Andrew Fryer, A. Shay Hahn (“The Homeless G-Men”), Dan MacKinnon (“From The Ashes”), Gareth Gaudin (“Enid Jupiter and Lyra Gotham”), Josh Kully, John Rathiganthan (“From The Ashes”), Nevin Arnold (“Calavera The Undead”) and sizzling cover artist Sun Khamunaki (“Lady Death”)! 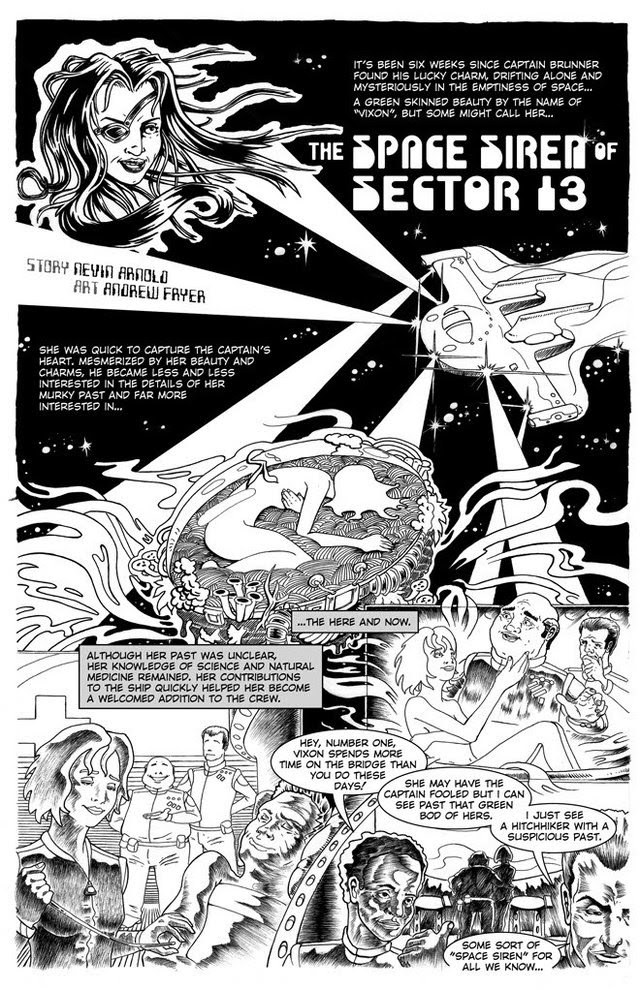 A Monsterellla Kickstarter will launch March 29th, 2017 to raise the funds necessary to get the book into print. Many amazing rewards will be available, including digital and print copies, deluxe versions of the book, signed and numbered screen printed art prints, original art, t-shirts, art commission offers and more! 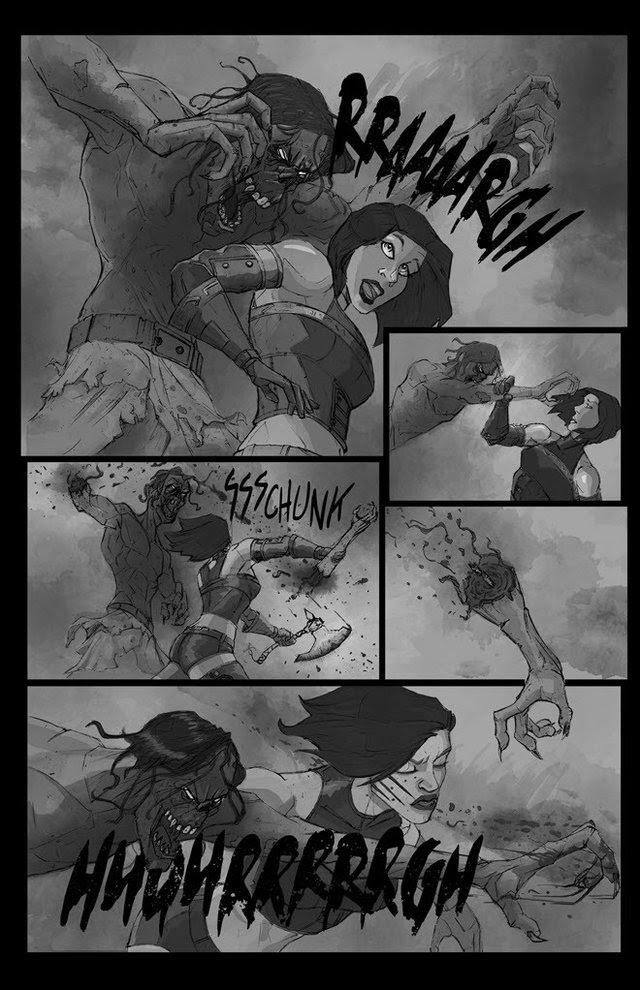 Pending the success of the Kickstarter, the book is set for a May 2017 release. 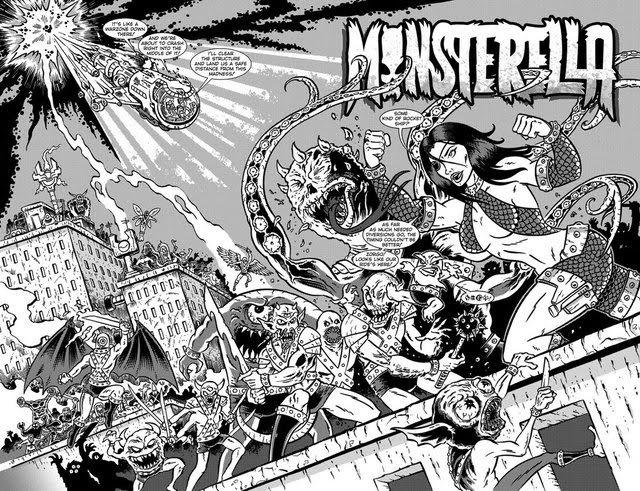 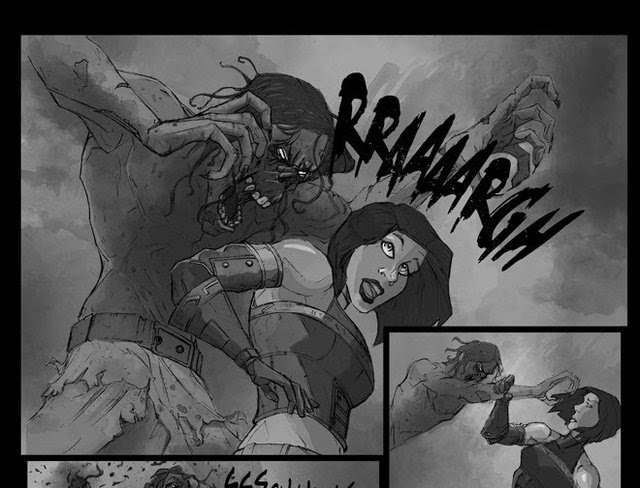 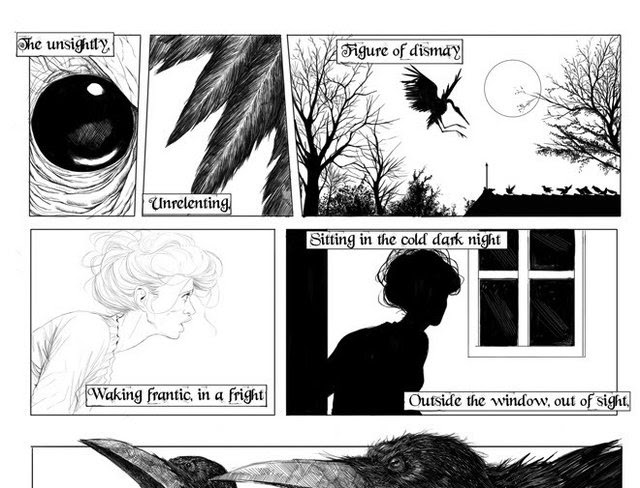