Another beautiful week of new comics is here and if we're being honest with each other, the book with the most buzz is DC Comics' DARK DAYS THE FORGE One-Shot by Scott Snyder, James Tynion IV, Jim Lee, Andy Kubert, and John Romita Jr. With a line-up of talent like that you can see why it's this week's most highly anticipated release. Reviews so far have proven the hype to be real. See what else is out below in this week's recommendations. 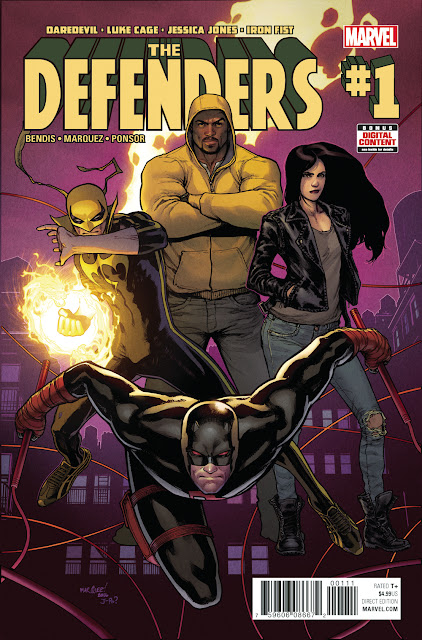 (W) Brian Michael Bendis (A) David Marquez
Daredevil! Luke Cage! Jessica Jones! Iron Fist! Individually, these four heroes have been on the front lines of the battle to keep the streets of the city safe and secure! But now, with a deadly enemy from the dim past making a major move to unite the underworld, they will need to become more - they will need to become DEFENDERS! Brian Michael Bendis and David Marquez unite to bring you the next great super-team, in the tradition of NEW AVENGERS! 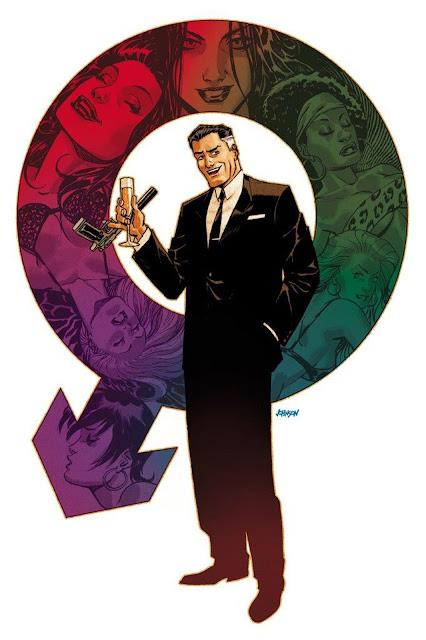 (W) Garth Ennis (A) Russ Braun
Jimmy Regent, Britain's number one super-spy, has got it all: intrigue, adventure, a license to shoot whoever he likes and beautiful women falling at his feet. He also has a new partner who isn't quite as impressed by Jimmy as all other women appear to be. Now, there's a price to pay for Jimmy's multiple romantic conquests - the results of which are about to come calling in the worst possible way... From the creator and writer of Preacher and The Boys comes the brand-new series that HAD to be told at AfterShock Comics. 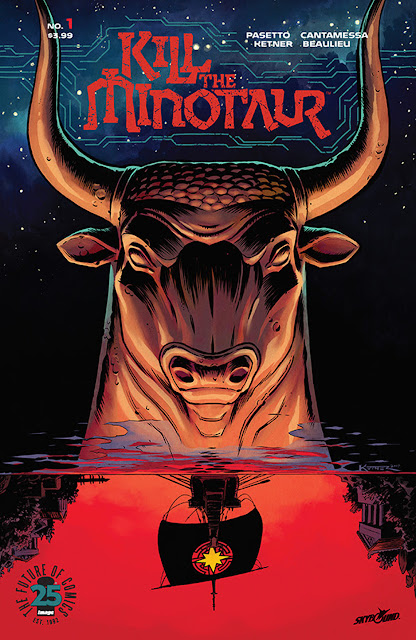 (W) Chris Pasetto, Christian Cantamessa (A) Lukas Ketner
Athens lost the war to Crete. Now, they pay tribute to King Minos by sacrificing their best citizens to his unearthly labyrinth. Conspirators believe Theseus can be the hero they need to end the mad king's bloody reign...but no one on this world has ever encountered anything like the savage minotaur. CHRIS PASETTO, CHRISTIAN CANTAMESSA (Red Dead Redemption) and LUKAS KETNER (WITCH DOCTOR) reinvent the most fearsome beast of all with this horrific tale of heroism. Each issue features 30 pages of story! 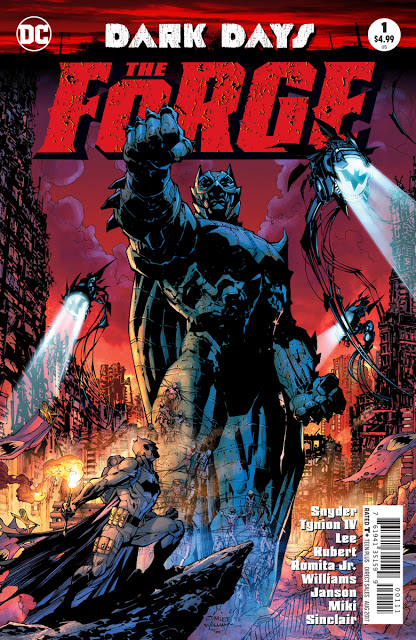 Dark Days The Forge One-Shot
(W) Scott Snyder, James Tynion IV (A) Jim Lee, Andy Kubert, John Romita Jr.
DARKNESS COMES TO THE DC UNIVERSE WITH THE MYSTERY OF THE FORGE! Aquaman, The Flash and more of DC's pantheon of heroes suspect Batman of hiding a dark secret that could threaten the very existence of the multiverse! It's an epic that will span generations-but how does it connect to the origins of one of DC's most legendary heroes? The great comics event of summer 2017 is about to begin courtesy of superstar writers Scott Snyder and James Tynion III and illustrated by a master class of comics artists: Andy Kubert, Jim Lee and John Romita Jr.! You do not want to miss this one! 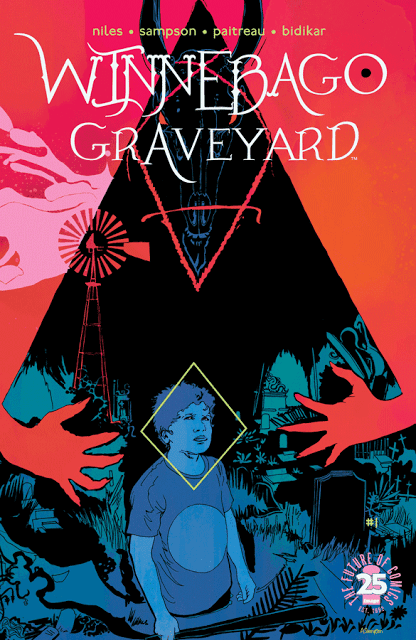 Winnebago Graveyard #1
(W) Steve Niles (A) Alison Sampson
An American family traveling on vacation finds themselves stranded in a small town with a sinister secret. 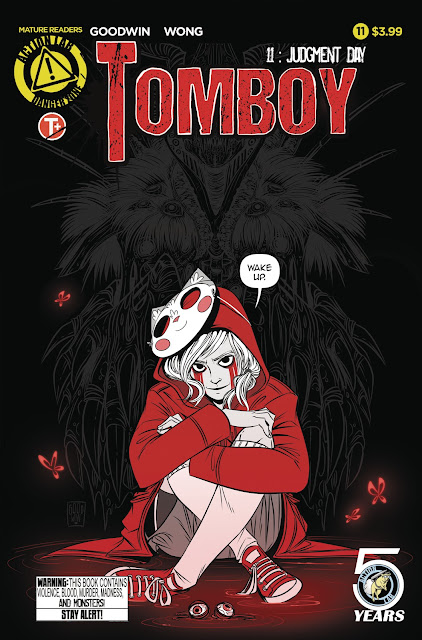 (W) Mia Goodwin (A) Michelle Wong (CA) Mia Goodwin
Warren lures Irene to the courthouse determined to find out what happened to his daughter, Jessica. Irene isn't impressed with the trap he's set for her, however, as Fate pulls all the major players 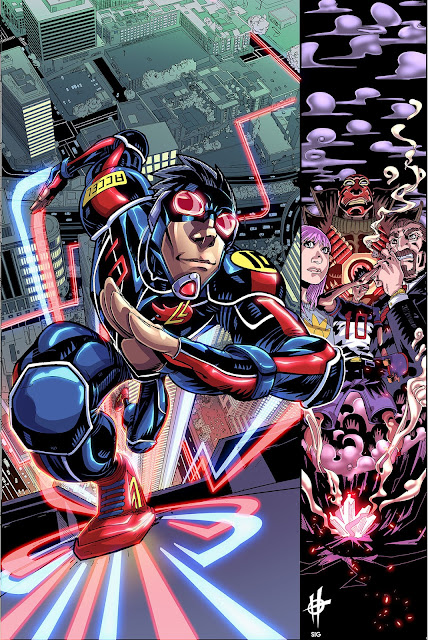 CATALYST PRIME ACCELL #1
(W) Joe Casey (A) Robert Campanella (A/CA) Damion Scott
Daniel DosSantos is a young man living at the speed of life. After gaining powers from exposure to an extraterrestrial object, DosSantos became the rapid action superhero called ACCELL. The first of a new public kind of self-appointed crime fighter. Unfortunately, there are consequences to moving faster than sound. ACCELL about to learn that danger exists on the flipside of having super powers, and will have to grow up quickly to survive. 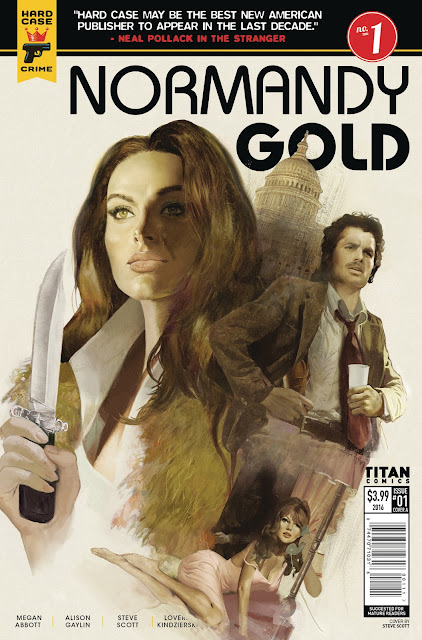 Normandy Gold #1
(W) Alison Gaylin, Megan Abbot (A) Steve Scott
WHEN HER YOUNGER SISTER IS FOUND AT THE CENTER OF A BRUTAL MURDER CASE, TOUGH-AS-NAILS SHERIFF NORMANDY GOLD IS FORCED TO DIVE HEADFIRST INTO THE SEEDY WORLD OF 1970S PROSTITUTION. 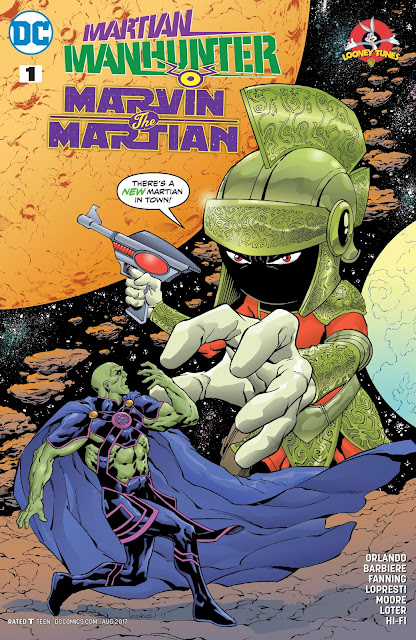 Martian Manhunter / Marvin the Martian Special
(W) Steve Orlando, Frank Barbiere, Jim Fanning (A) Aaron Lopresti, John Loter
Martian Manhunter tries to halt Marvin the Martian's determination for world domination. J'onn is conflicted with his own Martian identity as he attempts to stop the hapless, determined Marvin from blowing Earth to bits in order to gain a clear view of Venus. And the bonus Looney Tunes backup story features DC characters written by Jim Fanning with art by John Loter! 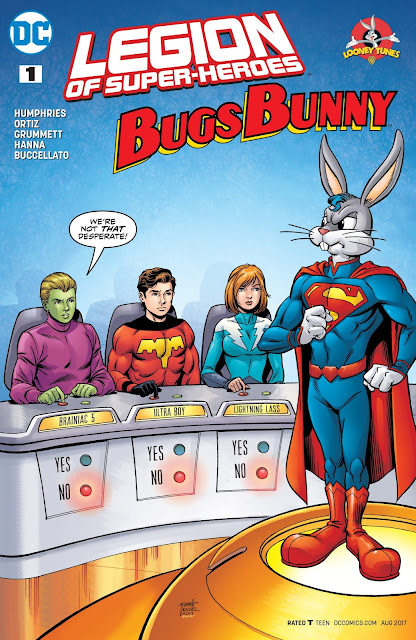 Legion of Super-Heroes / Bugs Bunny Special
(W) Sam Humphries, Juan Ortiz (A) Tom Grummett
The Legion of Super-Heroes always thought they had taken their inspiration from the 21st Century's Superboy. But when they try to bring that hero into their future time, the team discovers to their surprise the caped champion isn't who-or even what-they expected! And the bonus Looney Tunes backup story features DC characters with story and art by Juan Ortiz! 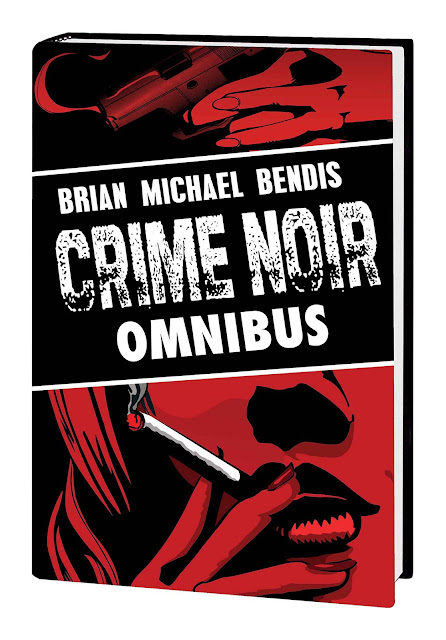 Brian Michael Bendis Crime Noir Omnibus HC
(W) Brian Michael Bendis, Marc Andreyko (A) Brian Michael Bendis
A compendium of classic, character-driven drama written and drawn by the king of crime, Brian Michael Bendis! What brings David Goldfish, an enigmatic grifter with a heart of gold, back to his old haunts - where his old flame practically runs the city's underbelly, and his ex-partner-in-crime is now a police detective? Who is the bounty hunter Jinx Alameda, and what treasure is she hunting? How will she get drawn into Eliot Ness's real-life pursuit of one of America's most notorious serial killers? Plus: Bendis draws from real life in a compelling exploration of the complex world of international intelligence! For fans of powerful, modern takes on pulp fiction and true-world crime stories, it doesn't come any better than Bendis! Collecting AKA GOLDFISH: ACE, JACK, QUEEN, KING and JOKER; JINX #1-5; FIRE #1-2; and JINX: TORSO #1-6.
Cover Price: $125.00 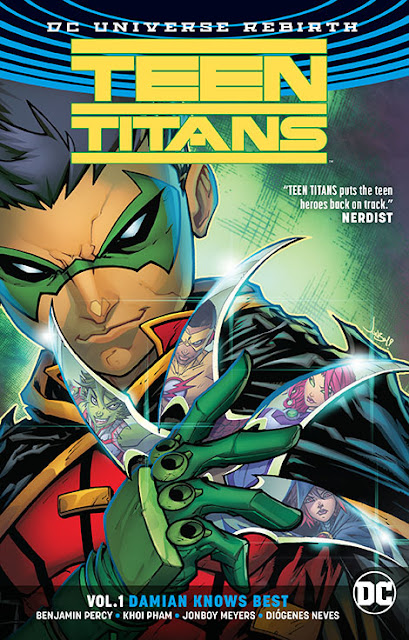 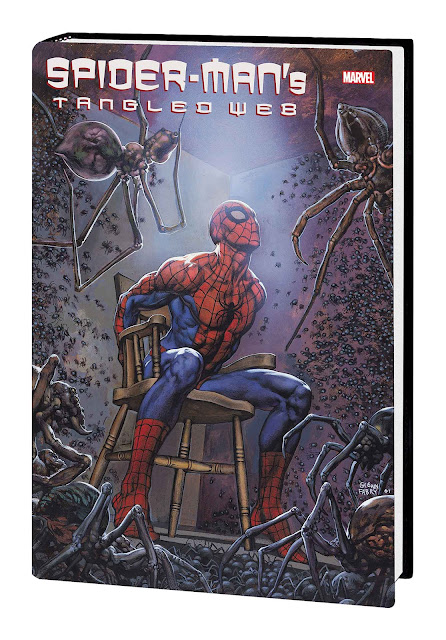 Spider-Man's Tangled Web Omnibus HC
(W) Various (A) Various
Oh, what a tangled web he weaves! And some of comics' most individual voices tug on the strands - and even your heartstrings - in a collection of Spidey stories that shift the focus firmly onto his many foes! Can the web-slinger survive the body-switching horror of the Thousand? After twenty years working for the Kingpin, what's the severance package? And is the world ready for an intelligent, romantic Rhino? A cab driver wrestles with his knowledge of Spidey's secret! The wall-crawler counts the human cost of a battle with Electro! Love hurts on Valentine's Day for Peter Parker and the Vulture! It ain't easy being Frog-Man! The secret history of Crusher Hogan, villains swap stories at the bar, J. Jonah Jameson takes to the shrink's couch, and more! Collecting TANGLED WEB #1-4 and SPIDER-MAN'S TANGLED WEB #5-22.
Cover Price: $99.99 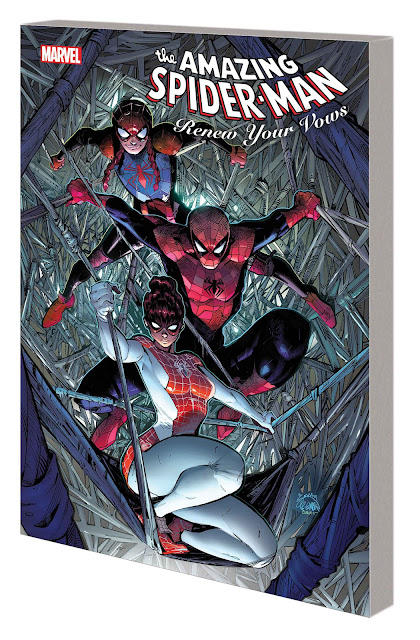 Amazing Spider-Man Renew Your Vows Vol 01 Brawl in the Family TP
(W) Gerry Conway (A) Ryan Stegman
The Parker clan web-slings and wall-crawls its way into your hearts! Life is good for husband and wife Peter Parker and Mary Jane: Their daughter, Annie, is their pride and joy, they're both working and (barely) making ends meet, they're keeping the streets of New York City safe from super villains - you know, normal, everyday stuff. Oh, did we mention MJ and Annie have super-powers just like Peter? Being Spider-Man just became a family affair! And when the Mole Man attacks NYC, only the sensational Spider-Family can stop him! After that, they'll just want a quiet night in - until Sandman crashes the party! But when Annie receives an invitation to attend Xavier's School for Gifted Youngsters, can Peter and MJ hand over their little girl to the X-Men? Collecting AMAZING SPIDER-MAN: RENEW YOUR VOWS (2016) #1-5.
Email Post
Labels: Action Lab Aftershock Comics comic books DC Comics Dynamite Comics Hard Case image comics Lion Forge Marvel ncbd new releases Valiant Entertainment Vault Comics